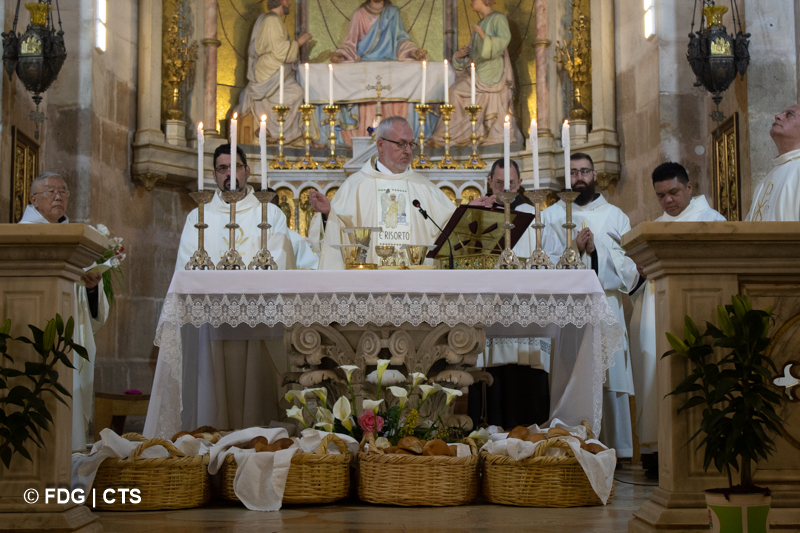 On Monday 18 April the friars of the Custody of the Holy Land, accompanied by a large group of pilgrims and local Christians, made the traditional peregrination from Jerusalem to Emmaus, in line with the Gospel of the day which relates the episode of the two disciples going to the village of the same name in the company of  the Risen Jesus.

The gathering took place at the Franciscan shrine of Al-Qubeibeh, a small town which is indicated by some archaeological evidence as the location of the village of Emmaus mentioned by the Gospel according to Luke, "about seven miles from Jerusalem" (Luke 24, 13) and that today has apparently disappeared.

For the local faithful and the pilgrims, the Easter Monday meeting in Emmausis a traditional appointment of festivity and celebration, where it is possible to commemorate the encounter between the Risen and the two disciples on their walk but which, in the past two years, due to the limitations imposed by the containment of Covid-19, could not be expressed as in the past. Monday, however, marked a change of course, recording an important arrival of worshippers from all over Palestineand from different parts of the world. The numerous and joyous response of those present leaves room for the hope of an increasingly greater return of the faithful to the Holy Land.

The day opened amid the festive notes of the local band, which entertained those present at the entrance to the church. Then the procession moved inside, where the Custodial Vicar  Fr. Dobromir Jasztal celebrated Holy Mass. The liturgy was sung by the choir of Jerusalem who introduced the ceremony, welcoming the entry procession of the celebrants to the altar and intoning the Halleluiah .

During the offertory, a group of faithful took to the altar numerous baskets full of bread, which were then distributed by Fr. Dobromir to the assembly at the end of the Mass.

After the celebration and as usual for Easter Monday in Emmaus, the friars shared lunch with the faithful in the parish rooms in a climate of great conviviality and joy.

The day came to an end with the celebration of the vespers sung in the church and in the presence of the Most Holy Sacrament displayed on the altar.

According to the tradition followed by the Franciscans, Al-Qubeibeh is the village of the  “Emmaus” of the gospel. In Byzantine times, the site identified as that of the two disciplesSimeon and Cleophaswas Nicopolis, but the Crusaders moved it to Abu Gosh, as  Nicopolis was believed too far away, with respect to the Biblical indications.

The site of Al-Qubeibeh was purchased in 1861 by the Marchioness and servant of God Paolina de Nicolay and donated to the Custody of the Holy Land. Since then, various excavations have led to the discovery of remains of the Crusader basilica founded  on the spot of “Cleophas’s house” and some houses of a village lined up along the Roman road at a distance of about 60 stadia from Jerusalem, coherently with the coordinates which the Gospel according to Luke provides (Luke 24, 13-35). Over the years, the large convent linked to the shrine has also been used to welcome the postulants of the Custody of the Holy Land and for this reason it was enlarged in 1923. 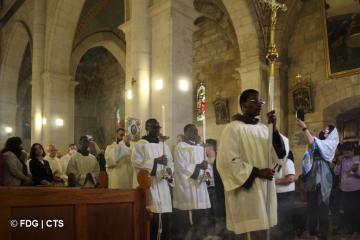 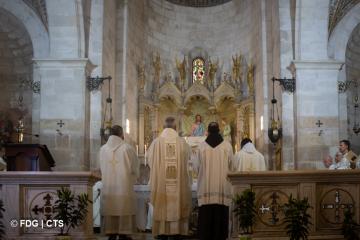 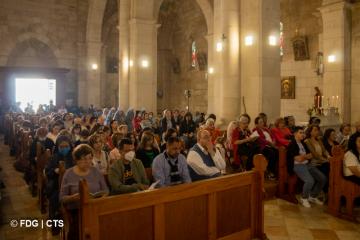 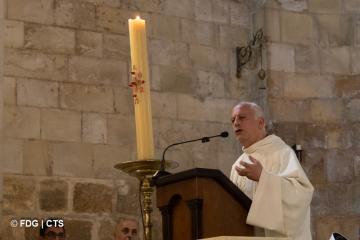 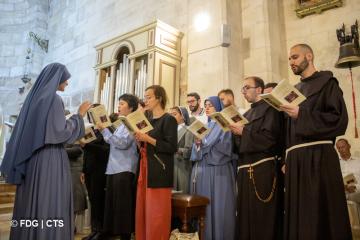 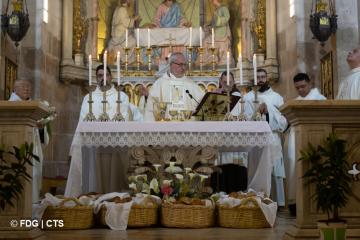 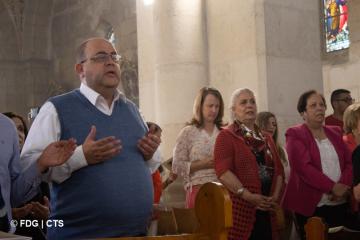 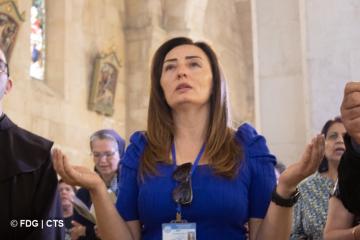 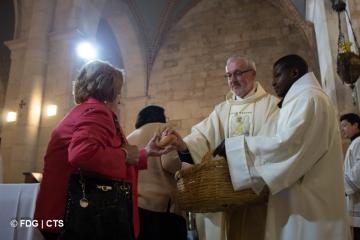 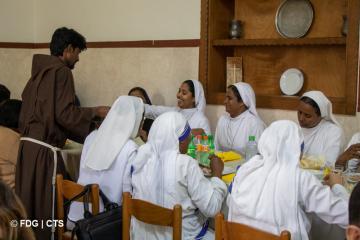 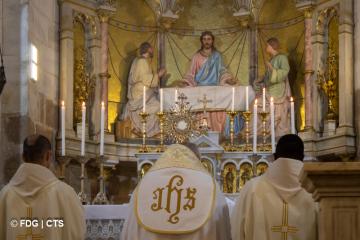