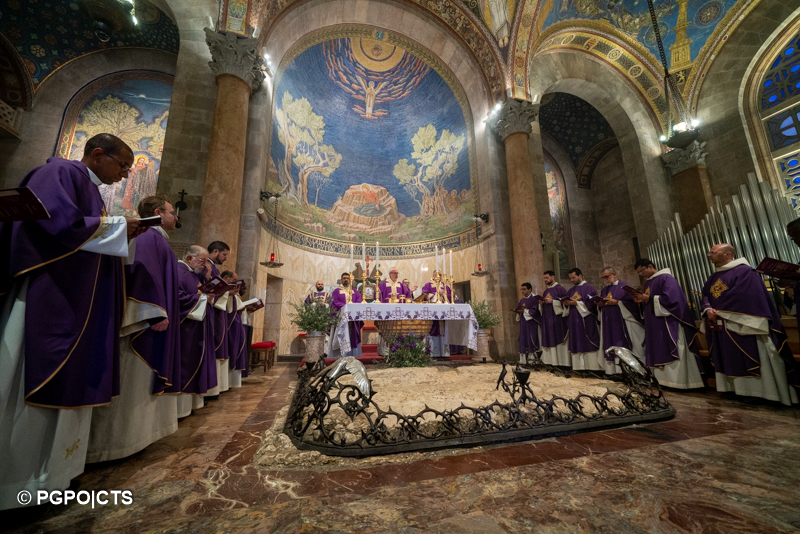 Holy Wednesday in Jerusalem started early in the morning with the solemn mass at the Shrine of the Agony at Gethsemane, standing on the slopes of the Mount of Olives.

The friars of the Custody, who had arrived in procession from St Saviour’s convent, first of all gathered for mass in the church of Nations, next to the garden of Gethsemane and then, again in a procession, they went to the Basilica of the Holy Sepulchre for the traditional veneration of Christ’s Column.

The mass, celebrated by the Custodial Vicar Dobromir Jasztal, was introduced by the song Vexilla Regis, a solemn hymn to the cross which induces the assembly to prayer and reflection on the mystery of the Passion, in view of the Paschal Triduum.

The liturgy of the Word opened with the passage of the prophet Isaiah describing premonitory images of what Christ suffered: "I gave my back to those who beat me, my cheeks to those who tore out my beard; my face I did not hide from insults and spitting.” (Isaiah 50, 6). The gospel of the Passion according to Luke was then sung (Luke 22, 14-23, 56).

In Jerusalem, unlike the rest of the world, the Passion of all four the canonical Gospels is proclaimed during Holy Week. In addition to the gospel of Palm Sunday, which changes and is alternated depending of the liturgical year of reference and the fixed one according to John on Good Friday, in Jerusalem, the remaining two gospels are proclaimed respectively on the Tuesday and on the Wednesday of Holy Week.

During the proclamation of the gospel, at the moment when the time of the decisive fight of Jesus is described, when his sweat is transformed into “drops of blood that fall to the earth”, the priest interrupted the reading and, bending down, kissed the Rock of the Agony, standing opposite the altar.

After the mass at Gethsemane, the friars went towards the Old City of Jerusalem to reach the Basilica of the Holy Sepulchrewhere, at the Chapel of the Apparition, there is the column where, for Christians, was stained with the blood of Christ when he was being flailed.Tradition designates Holy Wednesday as the day of venerating the column to which Jesus was tied before being condemned to death. News of this cult dates back to the 4th century, when the pilgrim Egeria made known the veneration of this column which at that time was at the Cenacle; it as not until the 14th century that it was moved to the Holy Sepulchre where it still is.

The friars, with the assembly, then sang the hymn “Columna nobilis” before lining up one by one to pay tribute to the relic. 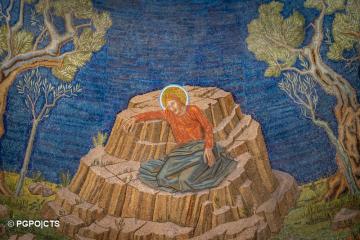 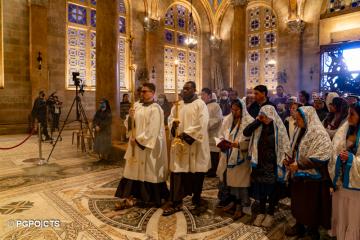 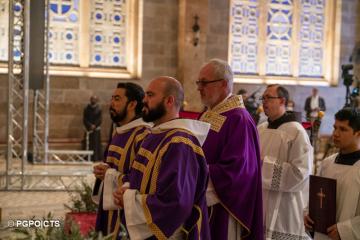 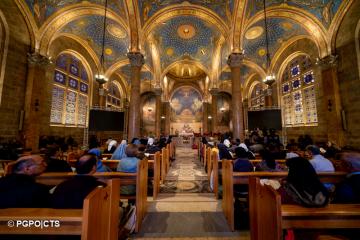 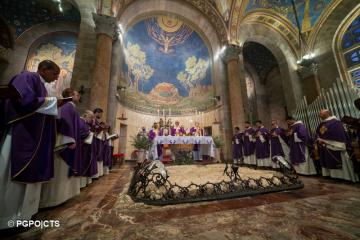 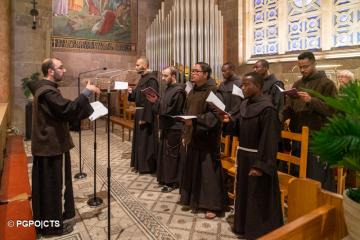 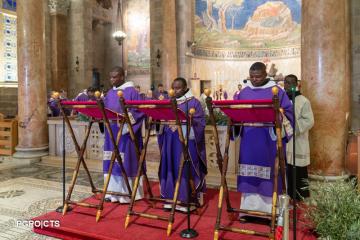 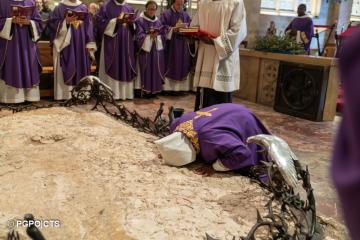 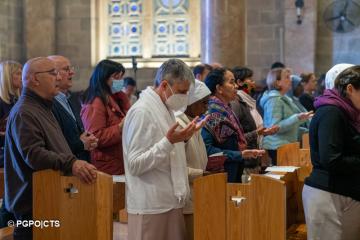 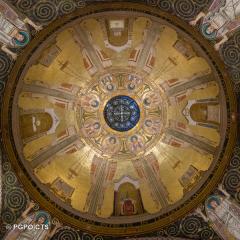 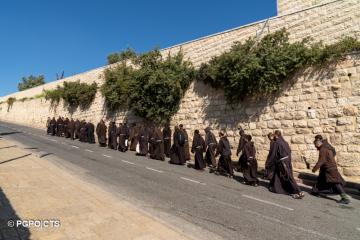 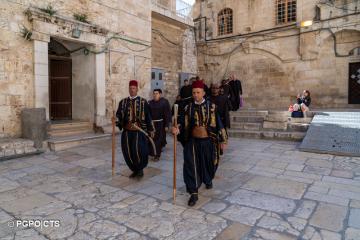 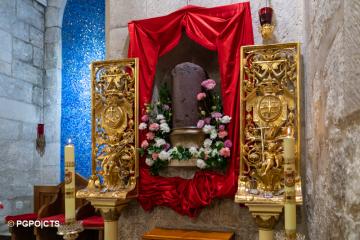 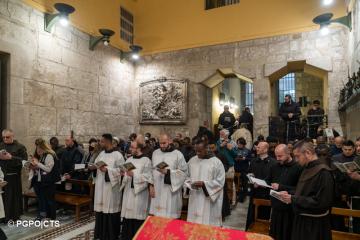 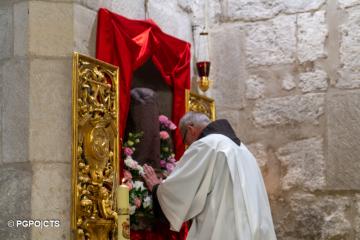