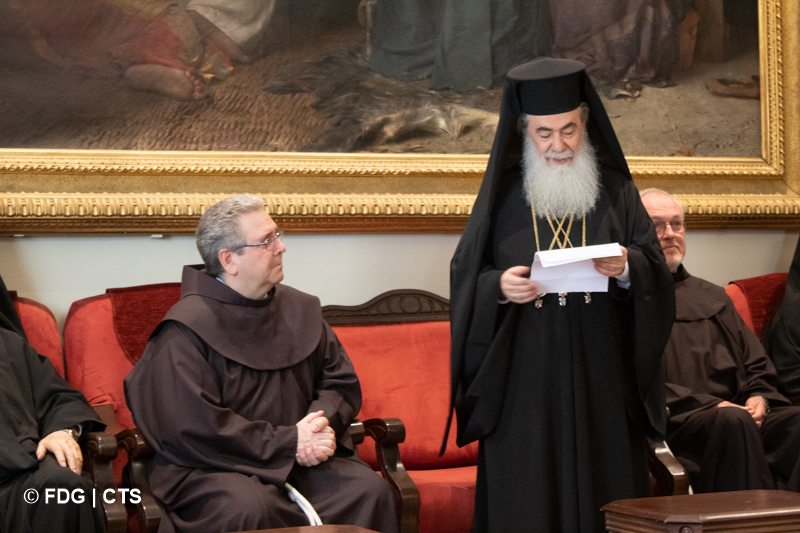 As every year on the days following Easter, delegations from the different Christian Churches in Jerusalem went to St Saviour’s Convent for the ritual exchange of Easter greetings with the Custos and the Franciscans.

The visits started on the morning of Tuesday 19 April, when the Greek Orthodox delegation led by His Beatitude, the Patriarch Theophilus III, reached the Custody of the Holy Land  at St Saviour’s Convent in a procession and was cordially received by the Custos, Fr. Francesco Patton.

His Beatitude Theophilus III, who will celebrate Easter on 24 April together with all the Orthodox Churches that follow the Julian calendar, paid his respects to the Custos and to the friars present, recalling their common mission of announcing the Risen Christ to people, thanking the Custody for the centuries of care of the Holy Places in Jerusalem and expressing all hissincerest wishes for a happy Easter of the Resurrection.

Next, there was a joint visit to St Saviour’s Convent by the Coptic and Syriac Orthodox delegations, led respectively by His Eminence the Coptic Orthodox archbishop Antonious and the Syriac Orthodox archbishop Raban Jack Yacoub. The greetings then continued with the visit to the Greek Catholic Melkite Patriarchate by the Franciscans, who were received by the Apostolic Vicar for Jerusalem, the archbishopYasser Ayyash.In the afternoon, it was the turn of the Ethiopian Coptic Church which, with a small delegation led by the archbishop Aba Embakob, went to the Custody to address the ritual Easter greetings to all those present. The day of Tuesday was concluded by the visit to St Saviour’s of a delegation from the Latin Patriarchate,led by His Beatitude, Mons. Pierbattista Pizzaballa.

On the morning of Wednesday 20 April, it was the turn of the delegation of the Armenian Orthodox Church, led by the archbishop Sevan Gharibian, who received a warm welcome from the Custos.

In receiving the guests, the Custos replied to the greetings of each, thanking them for their visit and recalling how from the gift of peace that emanates from Christ the Risen comes the mission of reconciliation of the Church and how being witnesses of this sign does not mean being weak. Quoting the words of the Holy Father contained in the Urbi et Orbi Easter message, Father Patton recalled: "We have two years of pandemic behind us, which have marked us in depth. It was time for us to all leave the tunnel together, hand in hand, putting together our strengths and resources... However we are showing that in us there is not yet the spirit of Jesus, there is still the spirit of Cain, who considers Abel not as a brother but as a rival, and thinks of how to eliminate him. We need the Risen Crucified One to believe in the victory of love, to hope in reconciliation. Today, more than ever before, we need Him, to come into our midst and tell us again: “Peace be upon you!”

Lastly, there was of course a thought for the victims of all wars, in particular the one in Ukraine and the one which has been going on for decades in the Holy Land. 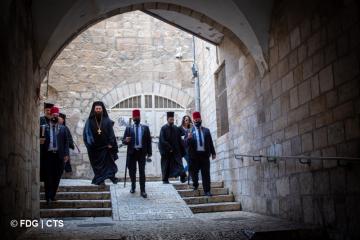 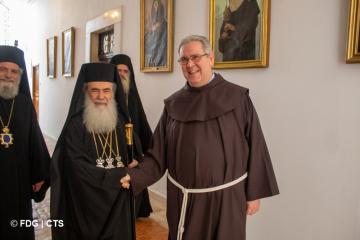 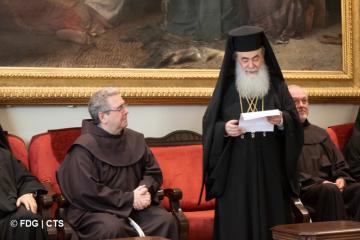 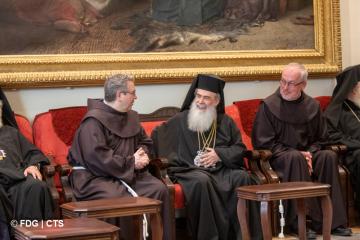 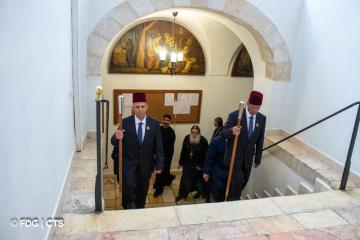 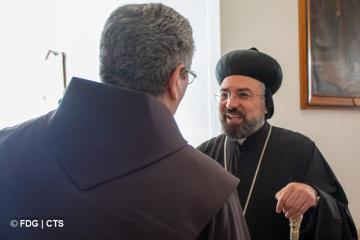 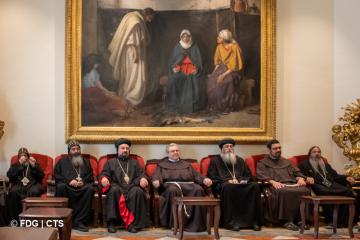 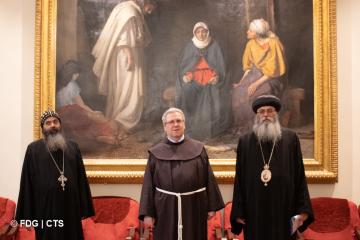 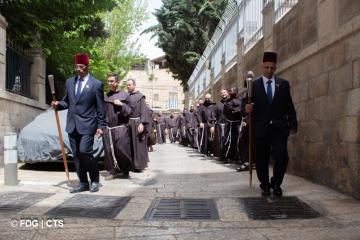 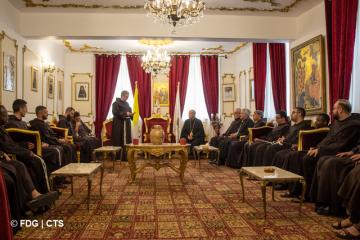 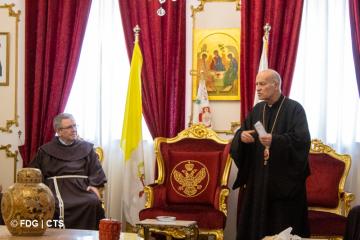 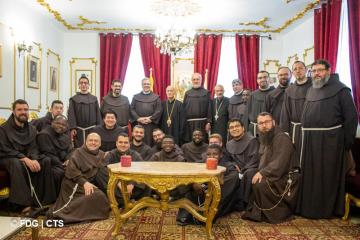 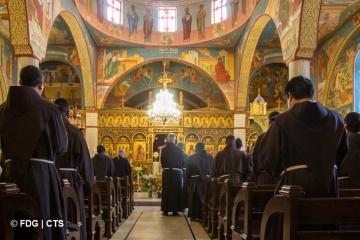 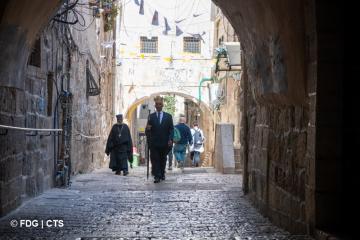 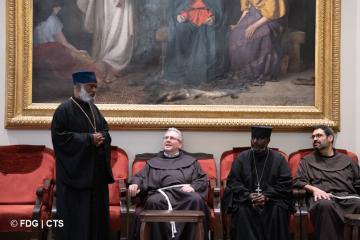 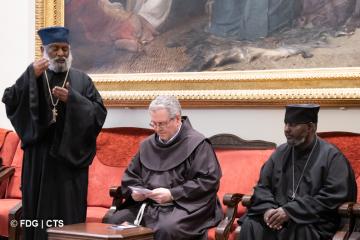 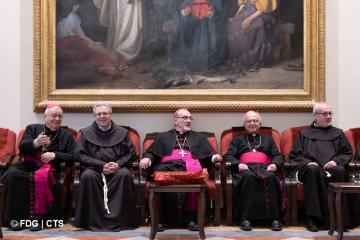 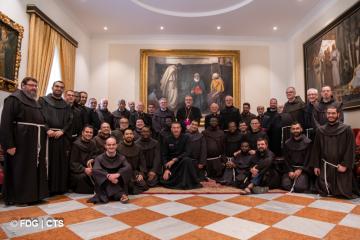 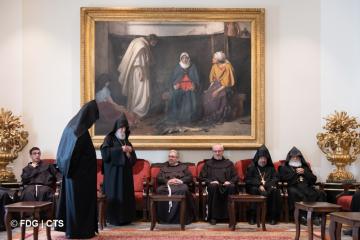 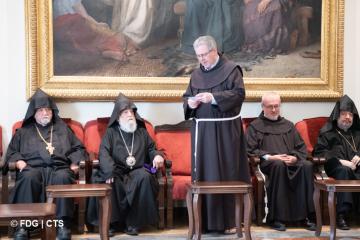 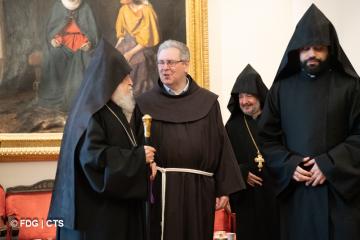