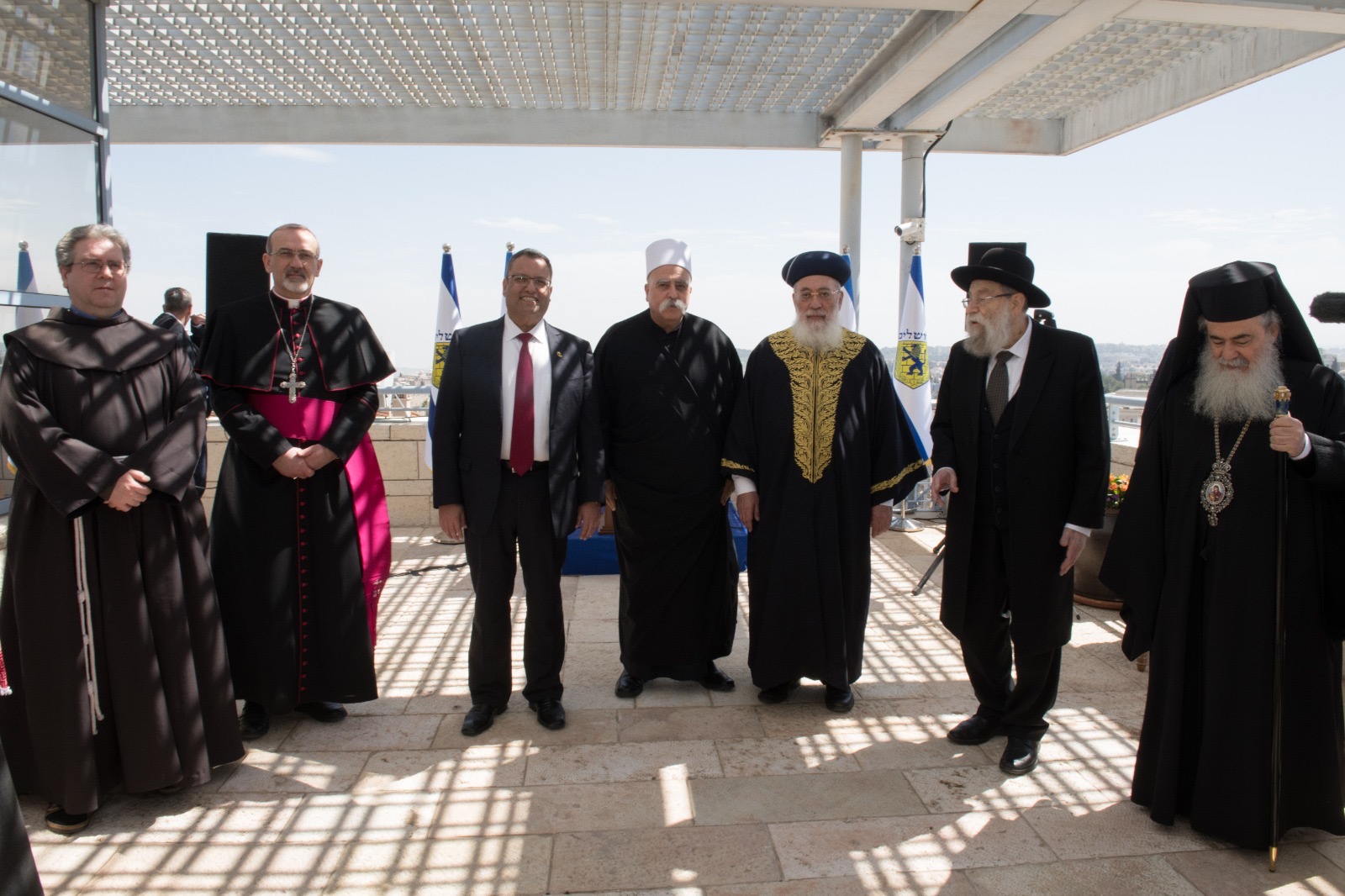 An inter-religious prayer to end the pandemic of Covid-19. The initiative was organized on  Thursday 26th March by Jerusalem City Council and at 12.30 p.m. brought together the heads of the three Abrahamic religions, together with other religious representatives. After the welcome by the Mayor of Jerusalem, the heads of the different faiths wanted to pray aloud one at a  time. For the Christians the Greek Orthodox Patriarch Theophilus III spoke. Then there was a moment of silent prayer, in which each person prayed according to their own tradition.

“I personally said the Lord’s Prayer, the prayer that Jesus taught us and which contains the words “deliver us from evil” which I think is the most effective at the moment.” These were the words of the Custos of the Holy Land, Fr. Francesco Patton, who took part in the meeting. As well as Mons. Pierbattista Pizzaballa Apostolic Administrator of the Latin Patriarchate of Jerusalem, the Greek Orthodox Patriarch Teophilius III and the Armenian Patriarch,  Nourhan Manougian, the Sephardite Chief Rabbi of Jerusalem Shlomo Moshe Amar and the  Ashkenazi Chief Rabbi of Jerusalem Aryeh Stern were also present, as were the Druze Sheikh Muafek Tarif and the Muslims Sheikh Muhammad Kevan and Sheikh Attel Atrash.

“Since I have been in Jerusalem, this is the first time that we have been asked to meet and, in the respect of our own faith, pray to God that the pandemic may end,” the Custos Fr. Francesco Patton explains. “We had hoped for it because already in one of the letters from us, Heads of the Churches that are responsible for the Holy Sepulchre, we had asked all the sons of Abraham and the believers of other religions to unite in prayer and invoke the end of the pandemic. The illness itself brings us back with our feet on the ground to our condition as creatures. Even though some have cultivated the delirium of omnipotence in a scientific interpretation or of human abilities, unfortunately this type of experience takes us back to the nudity of Adam, to the direct and immediate experience of human fragility.”

“Jerusalem is Holy for the whole world and we have come here for a common problem,” said the Mayor of Jerusalem, Moshe Lion. “It doesn’t matter whether we are Christians, Jews or Muslims, We are praying to God to help us and there is no difference between people. I hope that what we have done today helps make Corona virus disappear from the whole world.” 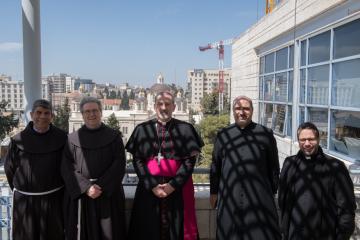 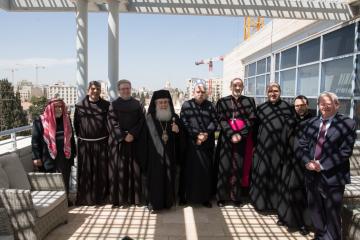 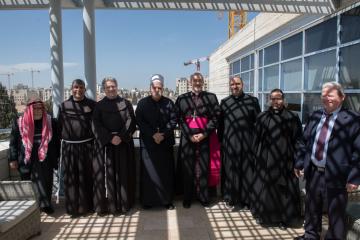 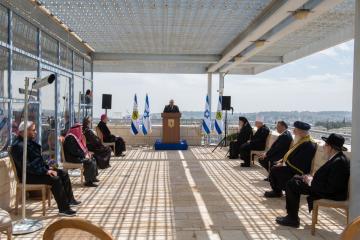 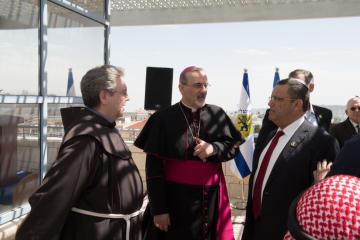 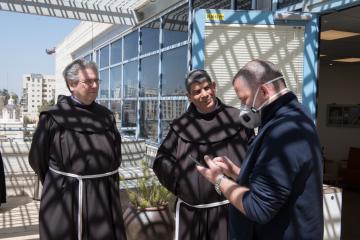 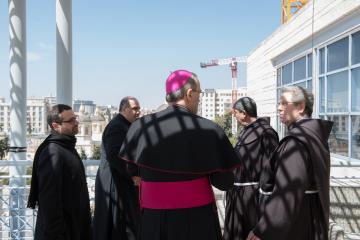 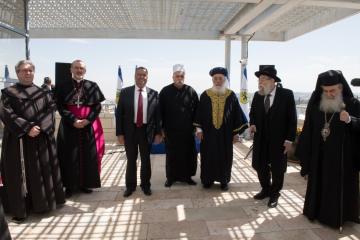 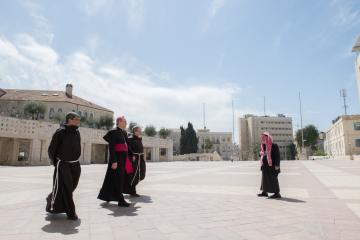 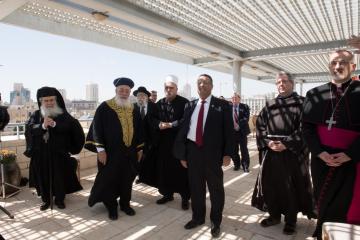