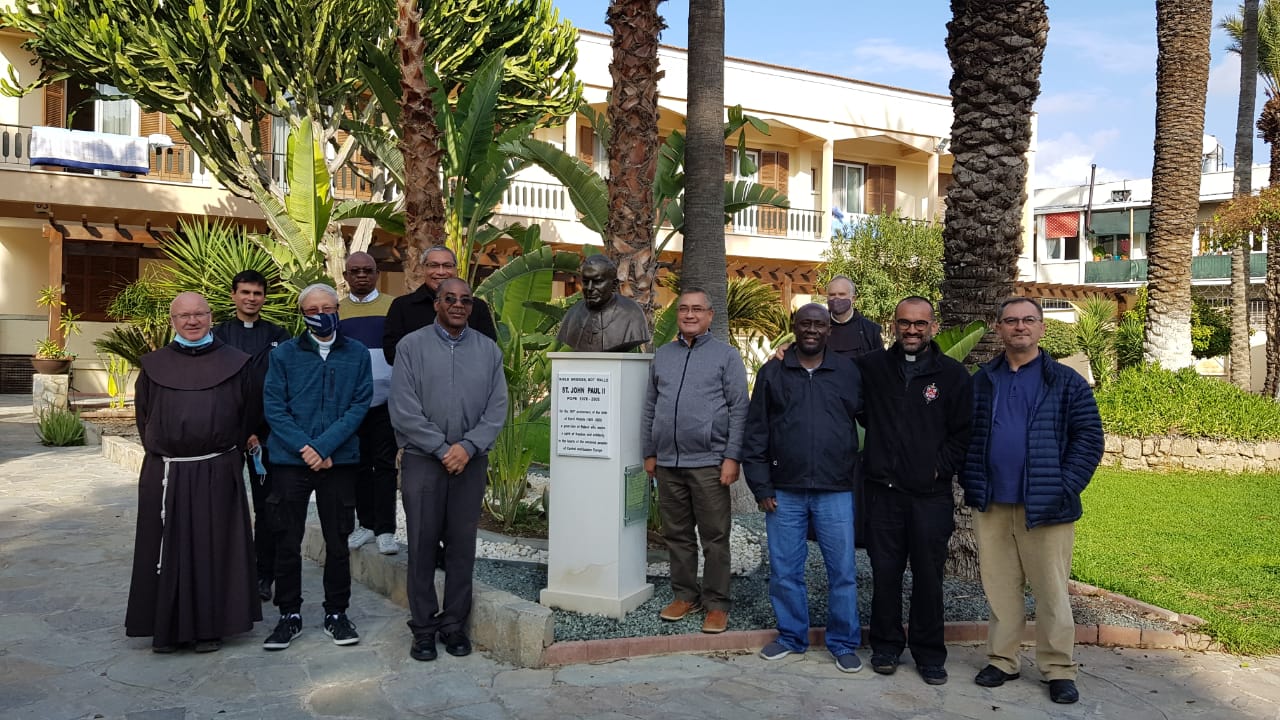 The Franciscan Friars of Nicosia next to the new bust of St John Paul II, which was revealed and blessed on 16th October 2020

When we scheduled the Spiritual Exercises, from 2nd to 6th March 2020, in Cyprus we could never have imagined that it would have been the last moment of normality in community and pastoral life (see: Cyprus: a Church at the service of the community). Cyprus introduced the first restrictions against the risk of contagion from Covid-19 on 12th March and then on 24th March declared the complete lockdown of the country. This information is not only a piece of news, but acts as a background to the story that I want to tell you and that can be described as a story of “rays of hope” in the storm of Covid-19. There are substantially three “rays of light” and they have faces and names: Jesus the Merciful, St. Barnabas and St John Paul II.

At the end of 2019l, our convent chapter had decided to continue the restoration started three years earlier in our church of the Holy Cross in Nicosia. The three Polish restoration artists from the city of Cracow, who had already worked with us in past years, arrived in Nicosia on 9th March and began restoration of the statues of saints Peter and Andrew together with the artistically elaborate side altar, made from wood. The empty space in the central niche, where in recent years a reproduction of the painting of Jesus the Merciful was venerated, was to be for the new statue of St. Barnabas, ordered and sculpted in wood in Poland. We were thinking of having the blessing of the statue on 11th June, the feast-day of St Barnabas, the main patron saint of Cyprus. The restrictions of the pandemic prevented us from holding the blessing on that date. Finally, the statue by the Polish sculptor Wojciech Pondel was blessed on Sunday 27th September. A special prayer for St Barnabas for our parish and for Cyprus started devotion to the Patron Saint of the island, who now has his statue in our church.

The same restoration artists also renewed the side altar of the Immaculate Virgin Mary. When the work was over, this statue found a new place on another altar together with the statues of St Lucia and St Thérèsa of the Child Jesus. In the place of the statue of the Immaculate Virgin Mary, there went a new canvas with the image of Jesus the Merciful, painted specifically for this altar by Justyna Mańkowska, an artist from Warsaw. The blessing of the painting was done behind closed doors, in a celebration streamed online, on 26th April, the 2nd Sunday of Easter, also called the Sunday of Divine Mercy. Many parishioners and visitors, worried and fearful of infection and obsessed by the rules of restriction, now come in front of the painting, light a candle and pray, “Jesus I place my trust in You”  with great faith.

The third “ray of hope” is represented by the bust of St John Paul II, which was revealed and blessed on 16th October, on the 42nd anniversary of the election of Karol Wojtyła to the throne of St Peter. This project was proposed and started by the Polish Embassy in Nicosia which, together with the Apostolic Nunciature in Cyprus and  the Franciscan convent of the Holy Cross, wanted to commemorate the centenary of the birth of Karol Wojtyła. The bust of St John Paul II in bronze is the work of Wojciech Pondel. It is placed on a stone base with a commemorative message in English and is in the convent garden which is located in the Buffer Zone of Nicosia, the still divided capital. The motto: “Build bridges not walls” expresses a clear message of hope for Cyprus and for the Middle East.

At the same ceremony, the commemorative stone of the visit to Cyprus by the Pope Emeritus Benedict XVI (4th-6th June 2010) was unveiled. This year is the tenth anniversary of this historic pilgrimage by the Successor of Peter to the island of St Barnabas. Under the bronze medallion, which portrays Pope Benedict XVI, there are words engraved in marble that evoke the historic visit and the Holy Mass celebrated by Pope Benedict XVI himself in the church of the Holy Cross in Nicosia. The wording on the stone is a quotation from the pope who makes an appeal, still topical today, to the Catholics of Cyprus: “Make every effort to build a better future for the Church and for your country.” Bearing in mind this invitation, I believe that we can call this “commemorative stone” another small “ray of hope” on the horizon of the year 2020 affected by the tempest of Covid-19. 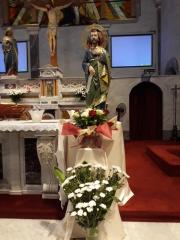 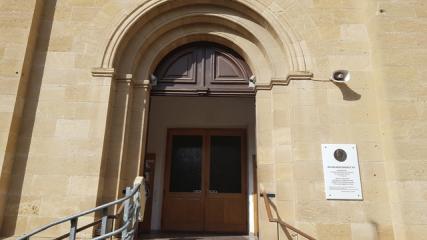 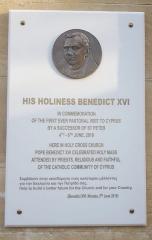