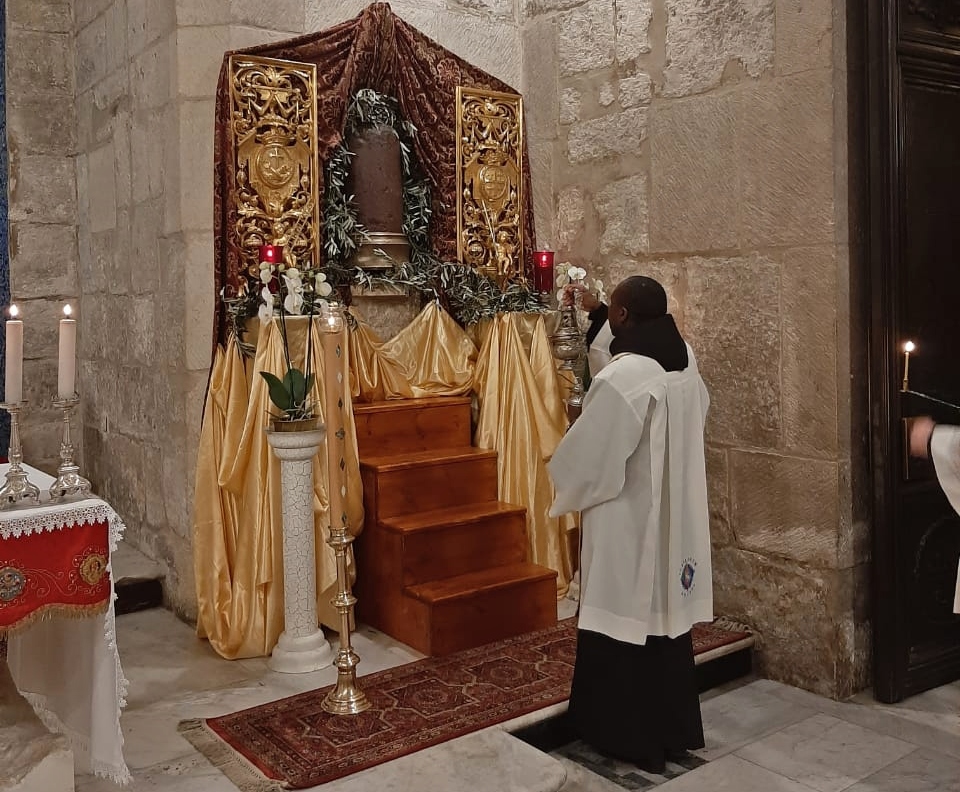 During Holy Week in Jerusalem, the Franciscans of the Custody of the Holy Land go back to visit and pray in the places of the Passion of Jesus. Holy Wednesday, according to age-old tradition, is the day of the rite of veneration of the Column of the Flagellation, which is in the Holy Sepulchre in the Chapel of the Apparition.

“Columna nobilis” sang the friars of the Franciscan community of the Sepulchre in the hymn and then one by one they went up to the Column to pay tribute to the place Jesus was tied to as he was whipped. Usually the ancient rite is also open to pilgrims and to the parishioners of Jerusalem, but this year only the Franciscans kept this devotion alive, due to the restrictions imposed by the health emergency.

As early as the 4th century, the pilgrim Egeria wrote about the veneration of this column which at the time, however, was in the Cenacle and was adored at dawn on Good Friday. The column was only taken to the Holy Sepulchre in the 14th century.

It is the column which, according to Christians, was stained with the blood of Jesus, spilt for humanity. It is the same blood that fell on the stones which today are in the Basilica of the Agony, at the foot of the Mount of Olives. There the Franciscan fraternity of the Gethsemane celebrated Mass with the Canticle of the Passion, as according to tradition. Preparations are underway for the Paschal Triduum in prayer, in Jerusalem as well. 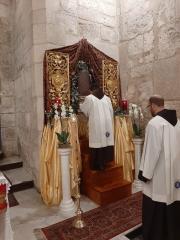 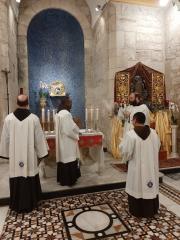 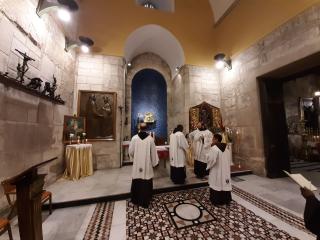 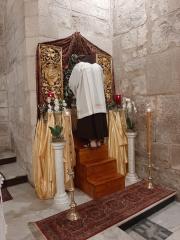 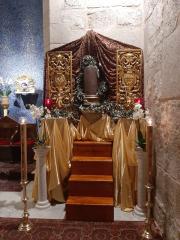 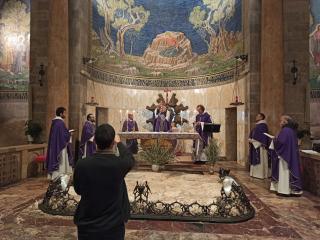 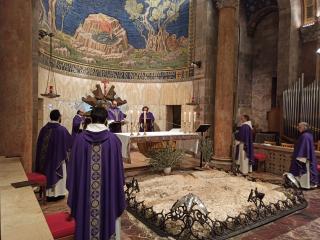 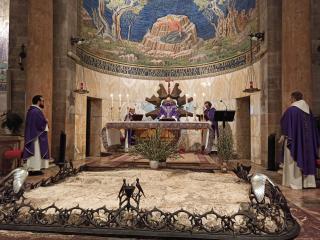 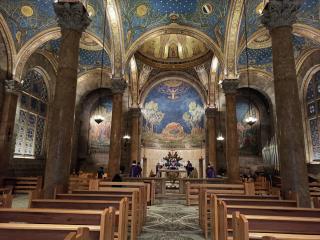 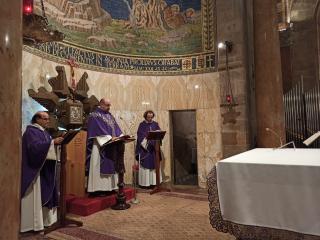