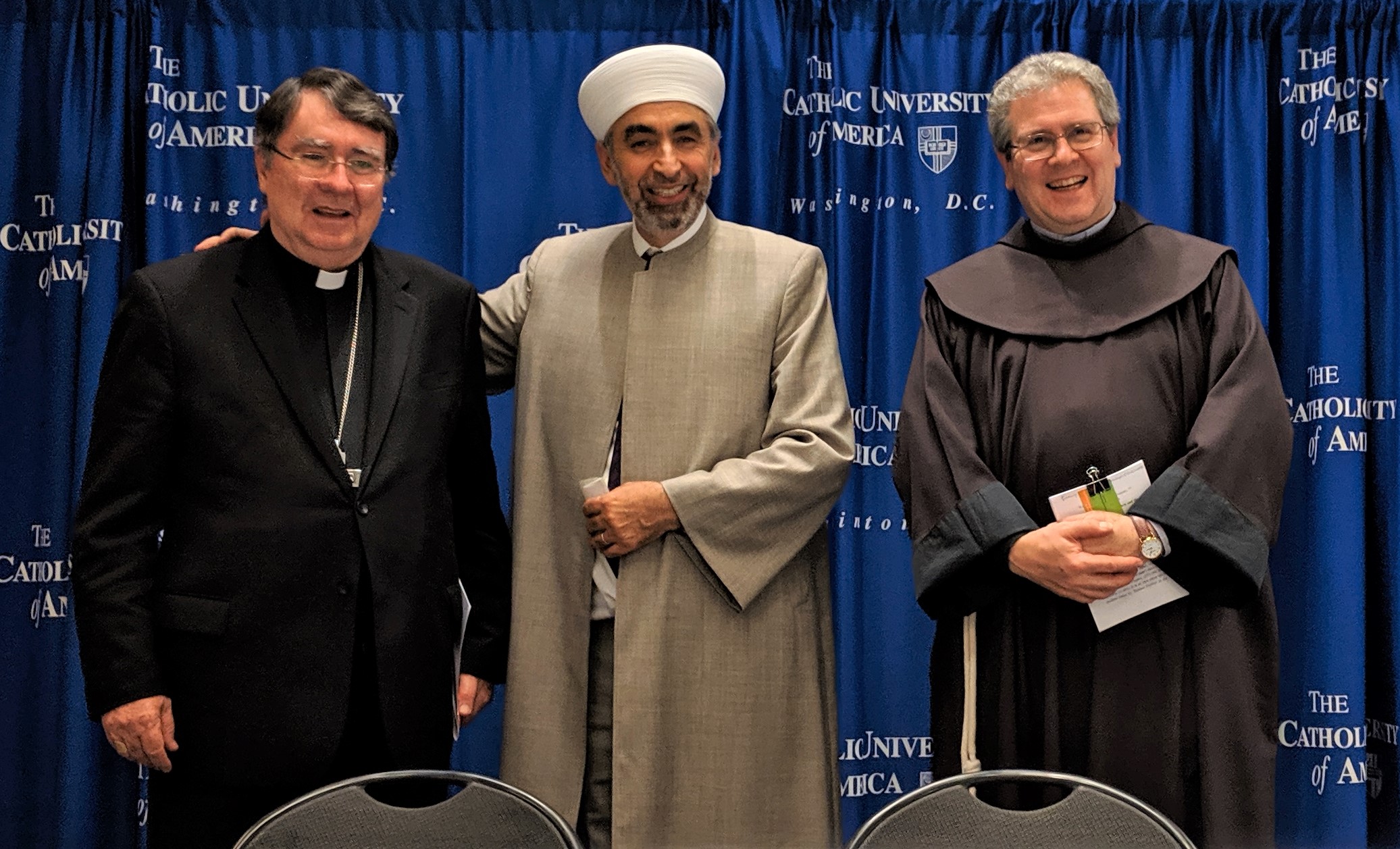 Father Custos (at right) the Apostolic Nuncio to the United States, Archbishop Christophe Pierre (at left) and (in center) Imam Mohamad Bashar Arafat

On Thursday, November 7, Father Francesco Patton, Custos of the Holy Land, addressed a conference at the Catholic University of America in Washington, D.C., entitled “The Sultan and the Saint: The Spiritual Journey of Transformative Encounter.” He began by recalling that “The enemy for Francis is never in front of us but inside us! Rather, before us is a brother: who remains a brother, even when that brother professes another religion; who remains a brother even as an adversary, the brigand or the wolf; who remains brother or sister even when Francis encounters every creature--animate and inanimate.”

He suggested that this anniversary “helps us to recover the merits and the farsightedness of a different and alternative perspective, which is that of the encounter between people of different civilizations and faiths.” For the friars of the Holy Land, the “dialogue is for us not so much theoretical but rather linked to everyday life, to the places and concrete situations in which we live.”

Father Francesco offered examples from the work of the Custody, singling out its “strong commitment to education through the 15 Franciscan schools of the Holy Land that educate about 10,000 students.” The schools, he said,“are undoubtedly the place where the greatest opportunities for dialogue arise,” noting that they “are recognized as models of coexistence and interreligious dialogue and contribute to creating and promoting a climate of peaceful coexistence between the Muslim majority and the Christian minority present in most of the cities and towns in which we live and work.” In our schools, “we see the dialogue of everyday living. Mutual knowledge is part of this dialogue.”

“On an academic level,” the Custos reported, “cultural dialogue is carried out at the Franciscan Centre for Oriental Christian Studies in Cairo, which specializes in Eastern Christian studies. It is also a place of interreligious dialogue with the Islamic world, since many students of Al Azhar University frequent our library there, to study Medieval Christian and Franciscan authors and historical texts that deal mainly with the period of the Crusades.”

In conclusion, Father Francesco said, “Today it is our task to tell the story of this meeting again and to ensure that the spirit of this meeting permeates how we live in the Holy Land, and how we can affect and influence the culture of those living in the West.”

Father Custos was joined in the afternoon program by the Apostolic Nuncio to the United States, Archbishop Christophe Pierre; Imam Mohamad Bashar Arafat, spiritual leader and founder of Civilizations Exchange and Cooperation Foundation in Baltimore, Maryland.

In the morning portion of the program, Franciscan Father Michael Calabria, of St. Bonaventure University presented an overview of the sources of the encounter of Francis and the Sultan, noting that, “There’s a danger in reading the sources too literally, as history, rather than hagiography.”  Father Michael also briefly reviewed the life and spirituality of Sultan al-Malik al-Kamil, highlighting his familiarity with Christians in his contemporary context in Egypt, and his efforts to make peace with the European forces, initially rejected by the papal legate but eventually bearing fruit with Emperor Frederick II in 1229.

The conference at the Catholic University of America was sponsored in part by the Franciscan Monastery of the Holy Land in Washington, D.C. Atonement Franciscan Father Jim Gardiner, who lives and works at the Monastery, served on the organizing committee. 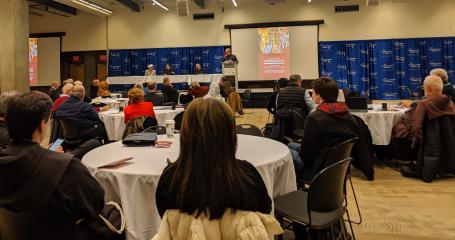 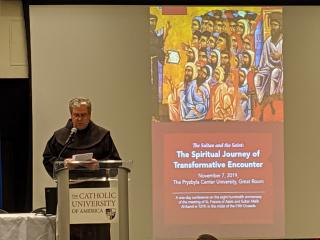 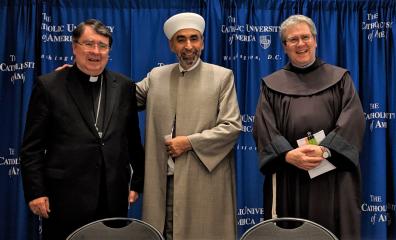