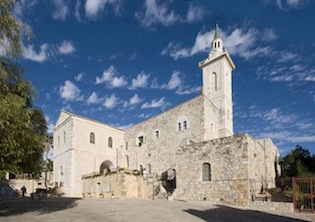 The XII century Crusaders' church was renovated in 1621 by the Custos F. Tommaso Obicini da Novara and made public only in 1675.
The present building, designed by architect Antonio Barluzzi, was made in 1939.
The birth place of Saint John the Baptist, precursor of the Lord, is located in the town of Ain Karem close to Jerusalem. The sanctuary honors St. John’s birth from aged parents: the priest Zechariah and his wife St. Elisabeth, a cousin of Mary, the mother of Jesus.

"And you, little child, you shall be called Prophet of the Most High, for you will go before the Lord to prepare a way for him"

The Church in Jerusalem, as mentioned in an ancient lectionary written in the Georgian language (7-8th century), celebrated a feast on August 28: “In the city of Encharim, in the church where the memory of just Elizabeth is honored.” According to a tradition (affirmed in the 9th century) this place witnessed the birth of St. John the Baptist. A church was constructed in remembrance of the event as recounted in St. Luke’s Gospel. “Zechariah’s house is situated at the foot of a hill to the west of Jerusalem. In Zechariah’s house the Holy Virgin came to greet Elisabeth… In that same house John, the precursor of Jesus Christ was born. A church now is constructed upon this place. Inside, to the left of the main altar, one can see a small cave where John the Precursor was born” (Russian Abbot Daniel, beginning of 12th century). Today the original church can still be seen, since it was never totally destroyed. Instead it served as a stable for four centuries until the 1600’s, at which time the Franciscans took possession.

Thus far the excavations performed have been outside the church (Sylvester Saller OFM 1941-2). Evidence shows that the area was inhabited by Jews of the first century (ritual baths) and subsequently by pagans (presses and statue of Aphrodite). During the Byzantine period (starting from the 4-5th century) the area was used as a Christian cemetery around the venerated burial places of two unknown persons “Martyrs of God”, mentioned in a mosaic inscription discovered in 1885. In front of these burial places were found the remains of a chapel paved with mosaics, while another chapel was found adjacent to the south. Each of these elements, although not directly related to Saint John the Baptist, are witnesses to a long cultic tradition in this area of Judaea.

he time came for Elizabeth to have her child, and she gave birth to a son; and when her neighbors and relations heard that the Lord had lavished on her his faithful love, they shared her joy.
Now it happened that on the eighth day they came to circumcise the child; they were going to call him Zechariah after his father, but his mother spoke up. “No”, she said, “he is to be called John.” They said to her, “But no one in your family has that name,” and made signs to his father to find out what he wanted him to be called. The father asked for a writing-tablet and wrote, “His name is John.” And they were astonished. At that instant his power of speech returned and he spoke and praised God. All their neighbors were filled with awe and the whole affair was talked about throughout the hill country of Judaea. All those who heard of it treasured it in their hearts. “What will this child turn out to be?” they wondered. And indeed the hand of the Lord was with him. His father Zechariah, filled with the holy Spirit and spoke this prophecy:
“Blessed be the Lord, the God of Israel, for he has visited his people, he has set them free,
and he has established for us a saving power in the House of his servant David,
just as he proclaimed, by the mouth of his holy prophets from ancient times,
that he would save us from our enemies and from the hands of those who hate us,
and show faithful love to our ancestors, and so keep in mind his holy covenant.
This was the oath he swore to our father Abraham, that he would grant us, free from fear, to be delivered from the hands of our enemies,
to serve him in holiness and uprightness in his presence, all our days.
And you, little child, you shall be called Prophet of the Most High, for you will go before the Lord to prepare a way for him,
to give his people knowledge of salvation through the forgiveness of their sins,
because of faithful love of our God in which the rising Sun has come from on high to visit us,
to give light to those who live in darkness and the shadow dark as death,
and to guide our feet into the way of peace”.
Meanwhile the child grew and his spirit grew strong. And he lived in the desert until the day he appeared openly to Israel.

Guide: In Saint John the Baptist we reflect upon a humble and strong witness for the Lord Jesus. We ask our heavenly father for the grace to live the intense experience of a friendship with Christ, mystical spouse of the Church.

Together: Hear us O Lord
1. For the believers in Christ, so that through Saint John the Baptist’s example they may be courageous witnesses and precursors of the Lord. We pray…
2. For the leaders of all people that they may turn away from corruption and violence and open the doors to Christ, true Savior of the world. We pray…
3. For those suffering persecution for their faith in Jesus, that the Holy Spirit may console them and grant them patient endurance in their trails. We pray…
4. For those fallen away from the faith, that they may be able to welcome with humility and enthusiasm those prophets the Lord sends. We pray…
5. For those seeking God, that the Lord may place in their hearts the courage to renounce everything for His sake. We pray…
6. For all pilgrims, that the Lord may purify our hearts and make able to rejoice always in His benevolent presence. We pray…

Guide: Father, ever merciful and faithful, in his life and death you have given Saint John the Baptist the grace to proclaim your Son, Jesus. Strengthen us with your Spirit so that we may know how to live our faith, with courage and perseverance. Through Christ Our Lord.
Together: Amen. 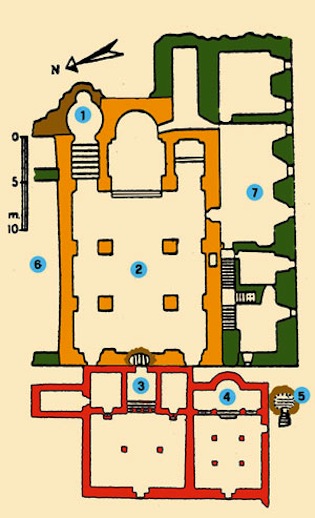 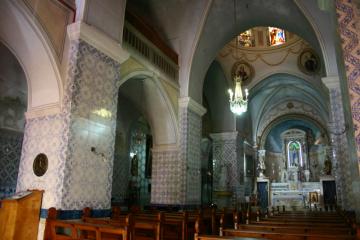 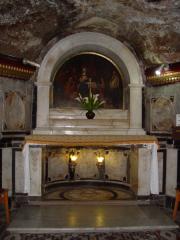 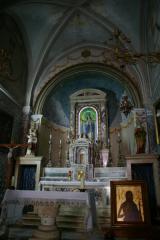 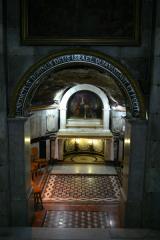 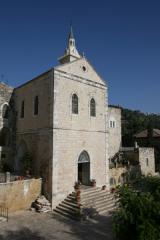