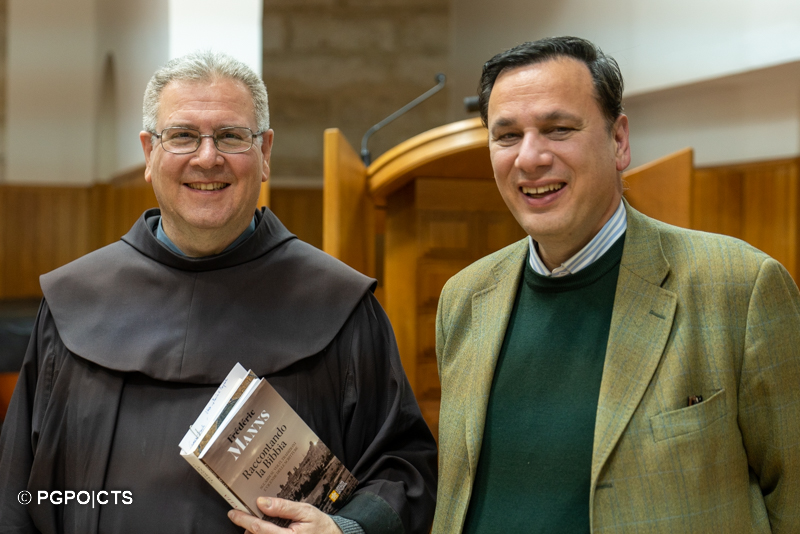 “What readers are holding in their hands is a book that does justice to Father Frédéric’s love for the Word of God and also his ability to transmit it in a language of today.” The words of  fr. Francesco Patton, Custos of the Holy Land,  perfectly summarize the value of the new contribution that the Libreria Editrice Vaticana dedicates to fr. Frédéric Manns, friar minor, one of the most important scholars of the 20th century on the relationship between Judaism and Christianity and a teacher of Biblical hermeneutics and exegesis of the New Testament at the Studium Biblicum Franciscanum in Jerusalem for over 40 years.

The book “Raccontando la Bibbia. Sguardi su volti, tradizioni e vicende delle Scritture” [“Telling the story of the Bible. Looking at faces, traditions and events in the Scriptures”] was presented on 9th December, almost one year after the death of fr. Manns, in the great hall of the Immaculate Conception of St Saviour’s Convent in Jerusalem and in the presence of a large public, which shows not only how he much was remembered by his brothers and students but also how greatly he was appreciated as a man of study and tireless spreader of the Word.

For several months, Father Frédéric Manns had had a weekly column entitled “I Racconti della Domenica” [Sunday Stories] in L'Osservatore Romano. A passionate scholar of Biblical Midrash (texts which bring the Word of God up to date in a narrative form) through the pages of the newspaper of the Holy See, fr. Manns had offered a series of accounts on Biblical characters, symbols and events proposed in a modern and narrative form. Today, thanks to the fortunate intuition of Andrea Monda, editor of the Osservatore Romano, Paolo Ruffini, prefect of the Dicastery of Communication of the Holy See and Roberto Cetera, journalist of the Osservatore Romano, promoter and curator of the volume as well as moderator of the event, these contributions have been collected in one book, a small masterpiece of theology, which tells the story of the inexhaustible wealth of the Holy Scripture, exalted by the Biblist who for decades taught and preached in the Holy Land.

“Through this book, Fr. Manns leaves us an important legacy,” fr. Francesco Patton continued, “which stimulates us to continue studying in depth the Jewish roots of Christianity.  Through his pen, the events of the Scripture come to life with intense and vivid brushstrokes, thanks to his deep knowledge of  Jewish culture, expressed with his subtle sense of irony and with his style which was sparkling and brilliant, never predictable and at the same time extremely deep. His sense of the duty of announcing the Word came about like this, through a narrative style, modernizing the word of the Gospel.” This style was also greatly appreciated by Pope Francis, who praised the column and contributed to its continuation in the newspaper.

The Latin Patriarch of Jerusalem, His Beatitude Pierbattista Pizzaballa, was his student at the Convent of the Flagellation: “I remember Father Manns for his deep, I would almost say infectious, passion. Entering his world was anything but simple: in his provocative style, he was capable of leaving an intuition open, incomprehensible for us as young students, but this was the way he stimulated us to do research and in-depth study.”

The same narrative style as that of fr. Manns is found in the new book “Vita di Gesù. Con il commento di papa Francesco” [The Life of Jesus. With a comment by Pope Francis.”]. The author Andrea Tornielli, editorial director of the Dicastery for Communication of the Holy See, has illustrated his attempt to tell the life of Jesus through the Gospels, reconstructing with his imagination and with the help of the most authoritative historical studies everything that the authors of the Gospels did not write. “We need to make the Gospel happen again, understanding that the message of Jesus is the encounter with a person,” Andrea Tornielli pointed out, “and that, like every encounter, it is made up of gestures and gazes. It was a very beautiful spiritual experience: in writing this book, I tried to put myself in the shoes of a reporter, putting the importance of the gazes of all the characters that fill the pages of the Gospel at the centre. I have tried to allow readers to understand these gazes and above all to encounter the gaze of the Main Character.”  Interwoven with the narration, the comments and reflections of Pope Francis accompany each episode, which chronologically mark out the life of Jesus.

“It is an honour and a grace to be here in Jerusalem to present these two books which interpret today the line of the Dicastery,” emphasized Paolo Ruffini,  “because both of them bear witness to our way of communicating, exercising a new creativity and at the same time humbly trying to spread the seed of hope and love which characterizes the announcement of Jesus, which took place in these places.”

The evening came to an end with the recollection of fr. Manns through the words of his friend and brother fr. Claudio Bottini, full professor at the Studium Biblicum Franciscanum, who shared with Manns more than 50 years of religious and academic life; fr. Bottini introduced the images of the video produced by the Christian Media Center, in which Manns, once again, declared his deep and inseparable bond with the Scripture. 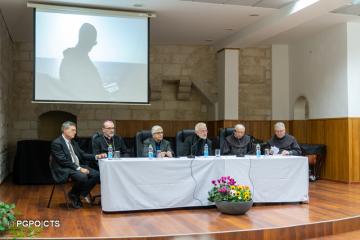 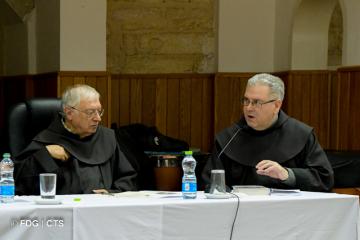 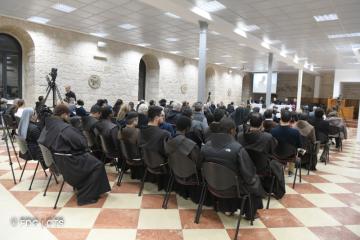 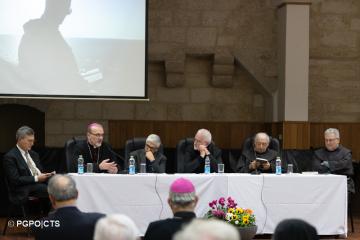 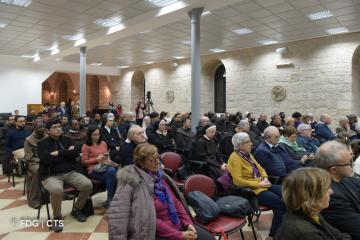 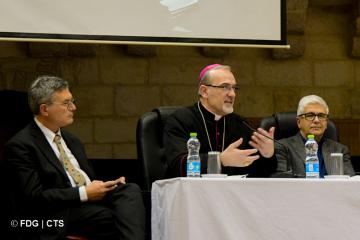 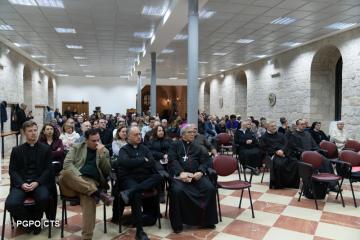 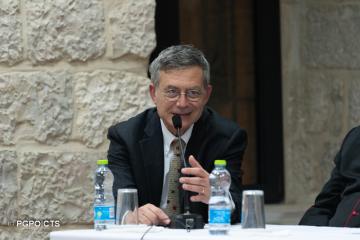 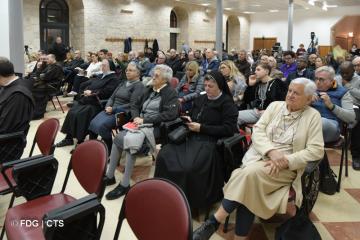 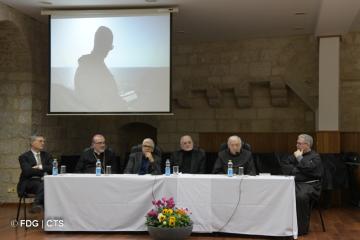 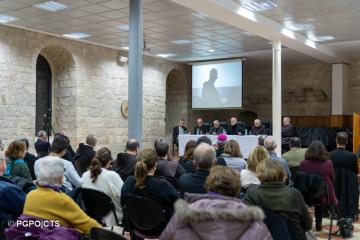 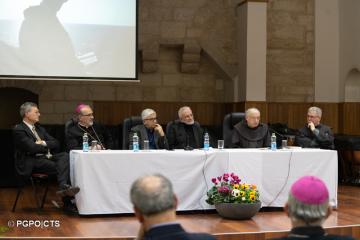 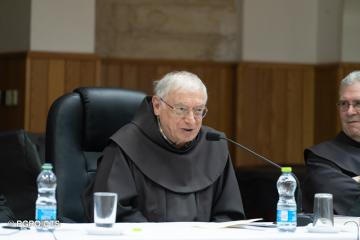 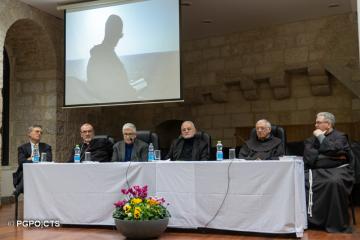 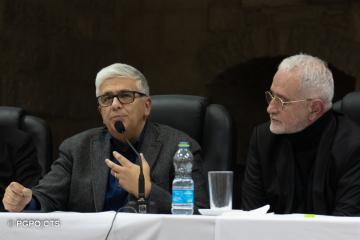 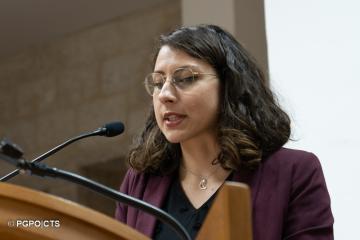 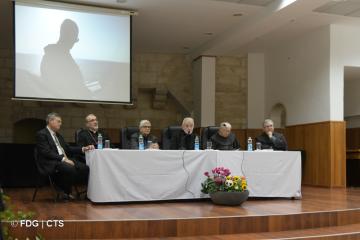