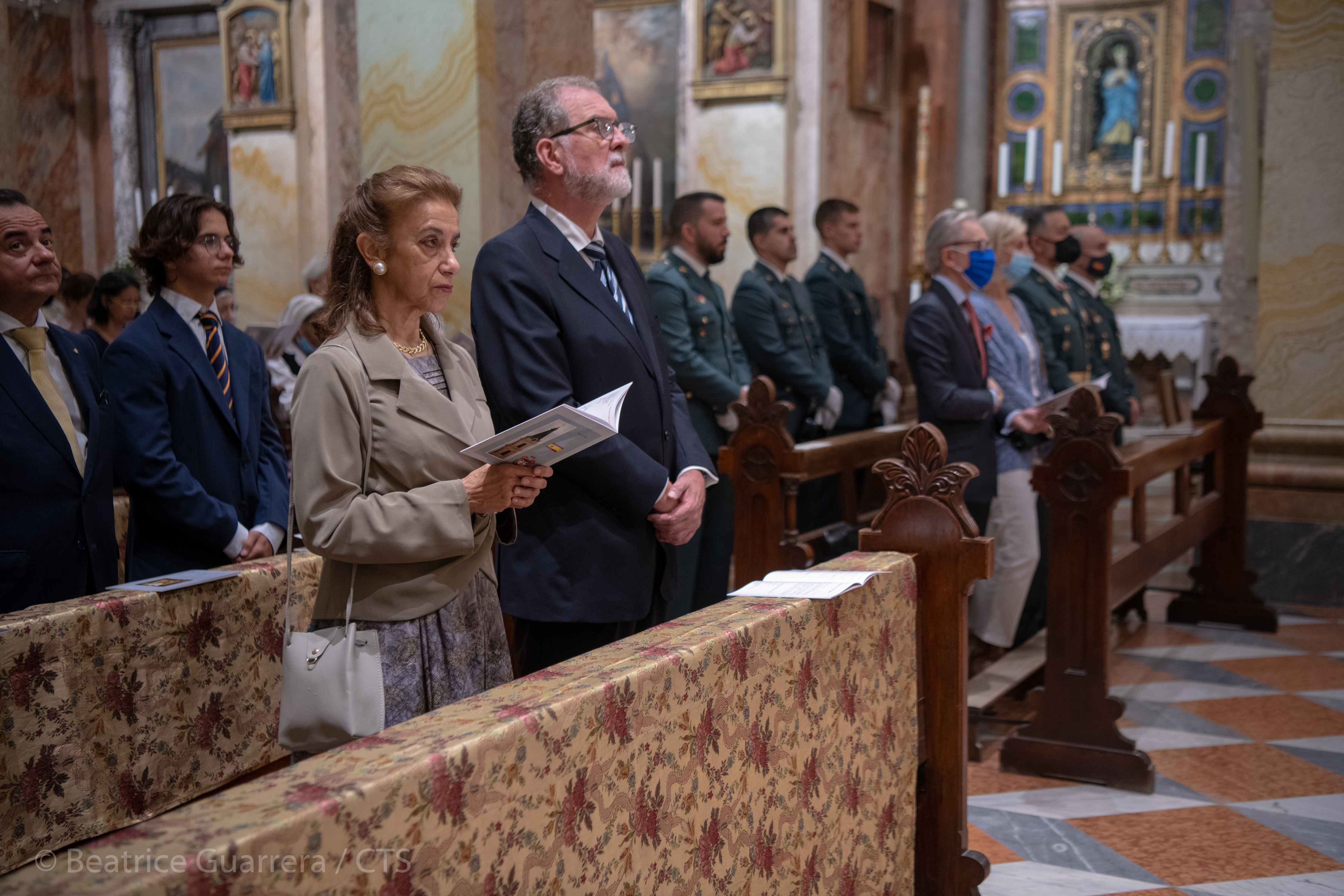 Every year the Custody of the Holy Land pays tribute to Spain, on its National Holiday which falls on 12 October. It is a tradition that is also repeated with the other three Catholic nations (Italy, France and Belgium), which historically have always supported the Custody fo the Holy Land. This is why, in the church of St Saviour in Jerusalem, a solemn mass was celebrated on 10 October, in the presence of the Consul-General of Spain, Alfonso Lucini Mateo and his wife, the diplomatic corps from the Spanish Embassy in Tel Aviv, the Spanish Guardia Civil and of the civil and religious communities of the Holy Land. The liturgy was presided by Fr. Marcelo Cichinelli, guardian of St Saviour’s Convent and Discreet of the Spanish language for the Custody of the Holy Land.

Spain’s national holiday – which commemorates the discovery of America by the navigator Christopher Columbus in 1492 – is also the feast-day of Nuestra Señora del Pilar  (Our Lady of the Pillar), the title with which the Virgin Mary is worshipped in Spain and the name of the patron saint of the Spanish-speaking peoples.

“Mary in the Cenacle remains in silence, in the midst of the community, waiting, but she is the witness of the truth of Christ,” said Fr. Marcelo in his homily.” When others are frightened  and doubt the Resurrection, she stays there and supports them. She was faithful until the death of her son, even though she did not utter a word. It is the same for Spain, which is a deeply Marian country.” According to the Franciscan friar, the Spanish cultural diversity is united by devotion to Mary. “As in the Cenacle, Mary is in the birth of Spain and in the institution of this feast-day,” he continued. “Putting the feast-day of Maria del Pilar on this date tells us that Mary wants to speak to the Spanish people from every cenacle of society. Where there is fear and doubt, Mary stays to say I am the one who assures you of the truth of Jesus. Mary gives today’s man the reason to continue proclaiming the announcement of Jesus in Spanish society and in all Latin American communities, that have inherited the Marian faith of the Spanish people.”

The bonds between Spain and the Holy Land

“Today’s celebration is a special occasion for Spain today and also for the Spanish Guardia Civil, as Santa Maria del Pilar is the patron saint of the Spanish Guardia Civil,” commented the Consul-General of Spain, Alfonso Lucini Mateo, who arrived in Jerusalem last July. Traditionally Spain has always been one of the Catholic nationals (even though in the Constitution there is a division between the State and the Church) and the Catholic faith is still the most widespread faith in Spain.”

The bonds between Spain and the Holy Land have their roots in the history of more than seven centuries ago and were sealed by the treaty between the Holy See and Spain in 1994. Spain in the past made a fundamental contribution to the acquisition of the Holy Places, such as Bethlehem, the Holy Sepulchre and Mary’s Tomb, which then passed into the hands of the Greek Orthodox in 1751.

The Custody of the Holy Land pays tribute to Spain every year on 30 January as well, the  birthday of the King of Spain, Felipe VI, celebrating a mass in his honour in the Basilica of the Holy Sepulchre. 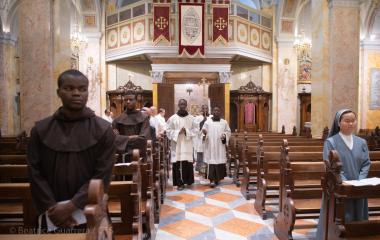 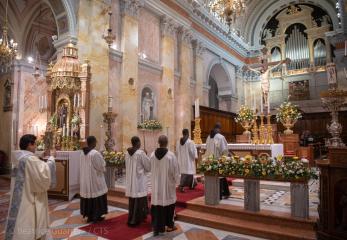 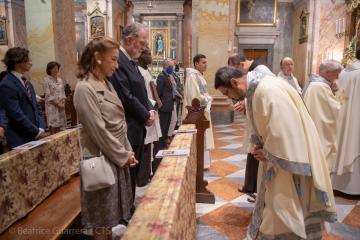 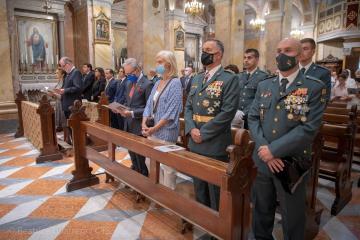 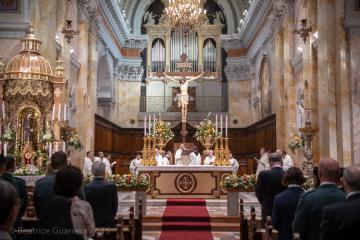 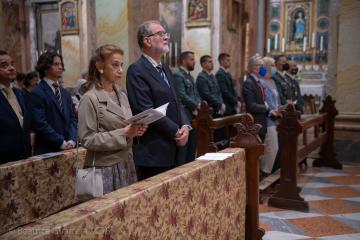 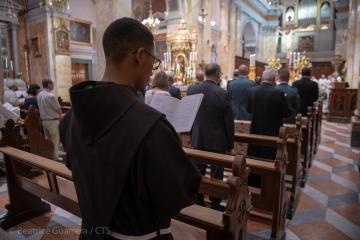 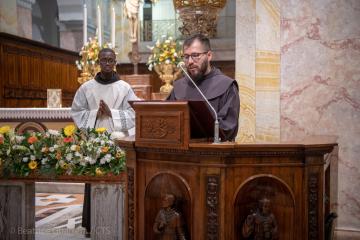 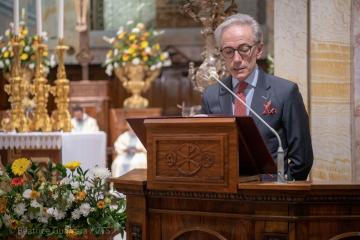 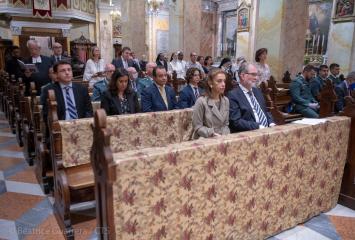 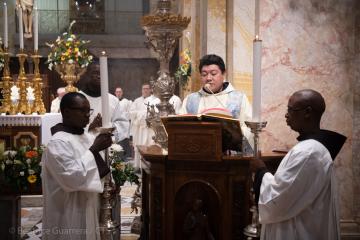 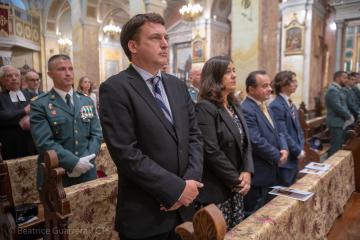 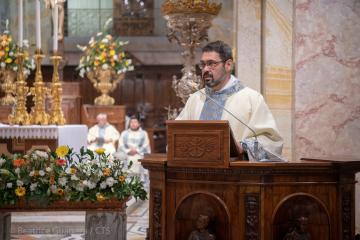 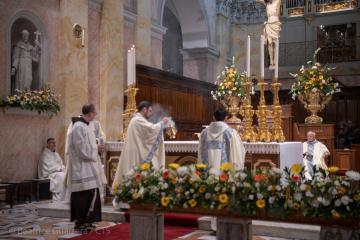 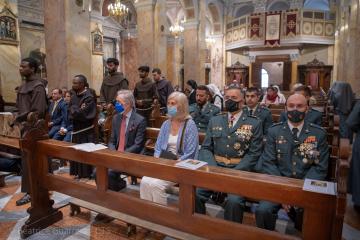 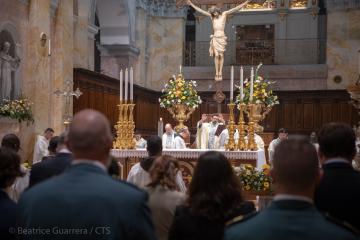 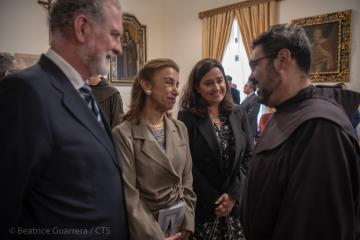