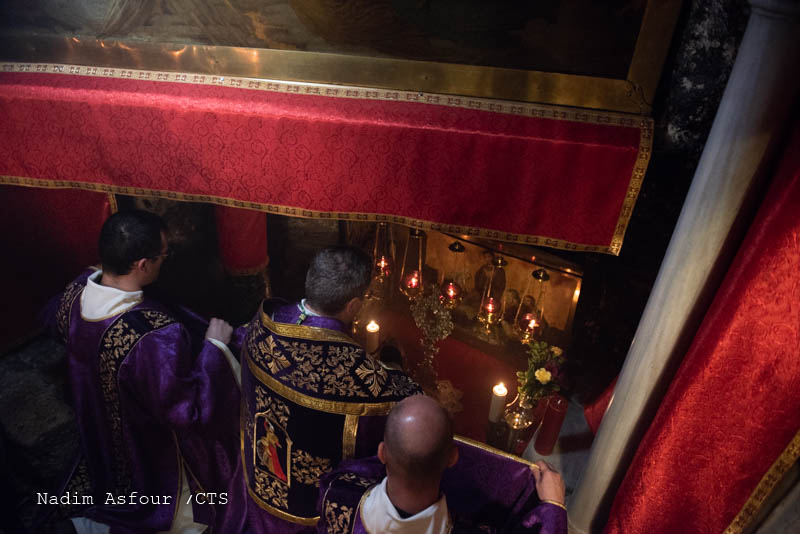 After 1400 years, this year the solemn entrance of the Custos of the Holy Land into the Basilica of the Nativity, on the first Sunday of Advent, took on a new meaning, thanks to the return of a fragment of the Relic of the Holy Crib to Bethlehem.

As tradition has it, on Saturday morning the faithful of the parish of St Saviour and some representatives from the quasi-parish of Beit Haninawere received in the Divan of the convent of the same name by the Custos of the Holy Land, Fr. Francesco Patton. During the meeting it was the son of the last Moukhtar (the representative of the local parishioners) who spoke, to remember his father and to thank the Custody and the Franciscans for being so close to the local Christians. The parish priest, Fr. AmjadSabbara then spoke, emphasizing the importance of the annual meeting which recalls not only the filial relationship of the parishioners with the Father Custos but “this year,” said the parish priest, referring to the Relic, “we are overjoyed to have the opportunity to start Advent with the sign of the nativity, which reminds us of the topics of humility and poverty.” Fr. Patton thanked the parishioners for their presence and remembered the Moukhtar, who for so long accompanied him on every occasion, and he too added a reference to the Relic of the Holy Crib, saying, “the crib reminds us of what the heart of every Christian should be like: a simple, humble place, capable of welcoming Jesus. We can switch on lights, make and receive gifts, but if the crib is empty, then the essential is missing.”

After the exchange of good wishes, the Custos and a delegation of friars went to the Orthodox monastery of Mar Elias, along the road for Bethlehem. The procession was met there by the faithful and the parish priest of Beit Jala, a suburb of Bethlehem location just after the Israeli checkpoints. After the relic had been kissed, the procession set off again on the road for the Basilica of the Nativity, passing nearby the tomb of Rachel, a passageway which is opened only for three solemn entrances: on the first Sunday of Advent, at Christmas and on the Epiphany.

When the delegation arrived in Bethlehem, they went down Star Street, following the jubilant scouts and surrounded by the greetings of the schoolchildren who had come for the great event. The arrival in the square in front of the Basilica of the Nativity started the religious celebrations,  in the respect of the Status Quo: the solemn entrance, preceded by the greetings of the civil personalities and the representatives of the other confessions present in front of the Door of Humility, the first vespers presided by the Custos and the Office of the readings with the guardian  of the Franciscan convent of St. Catherine in Bethlehem.
“It is a joy, on this occasion of the start of Advent, to have been able to bring a fragment of the Holy Crib, in which Jesus the Child of the Virgin Mary was laid, back to Bethlehem,” said the Custos at the start of his homily. The Custos explained publicly that it was the President of the Palestinian Authority, Mahmoud Abbas, who had asked Pope Francis for the gift of the relic for the Christmas period,  but, considering its fragility, the Holy Father decided to give a fragment of it as a gift. “After 1400 years,” the Custos continued, “a fragment returns to the place it left.” Immediately afterward, the first candle of Advent was lit with the flame from the lanterns of the Chapel of the Manger. The relic was laid here for a few seconds and then placed in a shrine in the Church of St Catherine.

“The presence of the relic has enriched the start of Advent,” said Fr. Rami Asakrieh (the parish priest of Bethlehem) “for the people of the parish and for the Palestinian people. In a difficult and complex economic and political situation, it is a sign from God. It seems to me that God wants to appear even more in our midst to tell us not to be afraid and to pray. He seems to be suggesting that there is only one way to be stronger than what we are facing: by having God in our hearts.” 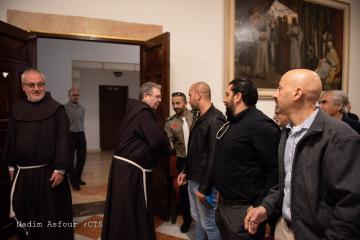 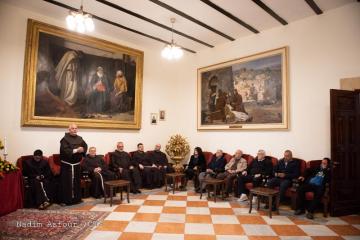 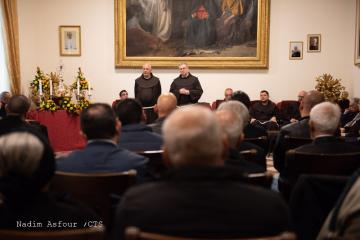 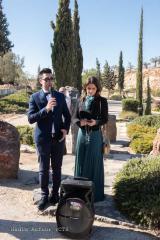 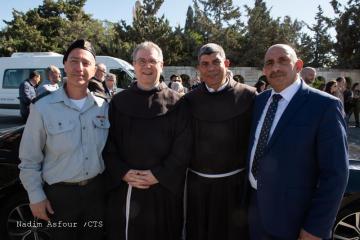 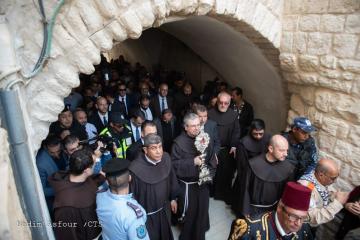 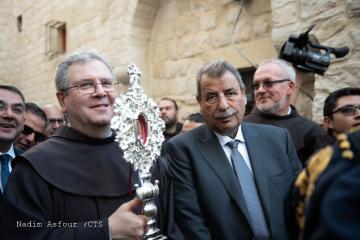 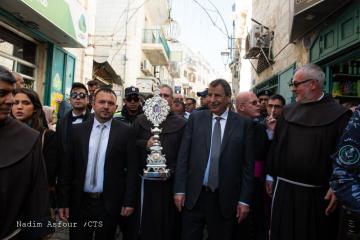 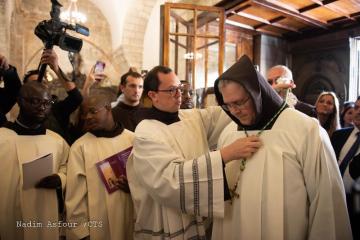 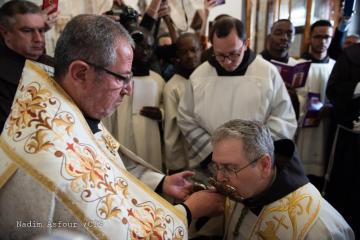 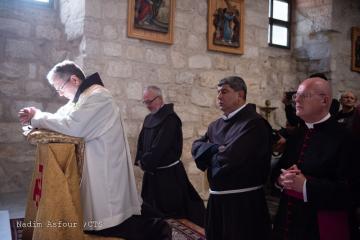 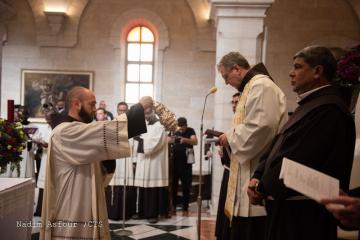 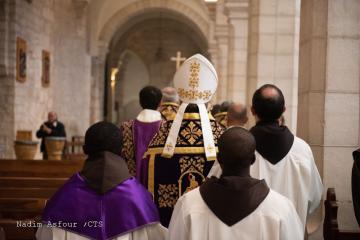 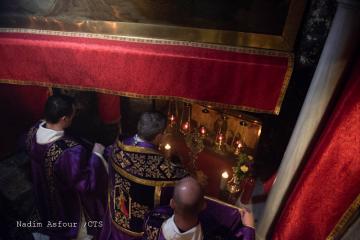 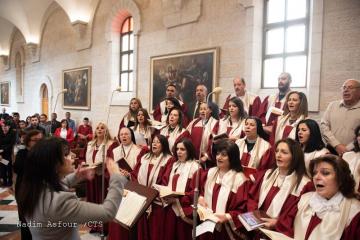 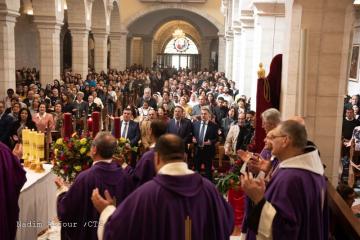 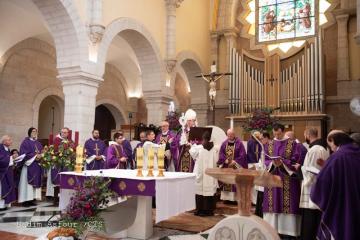