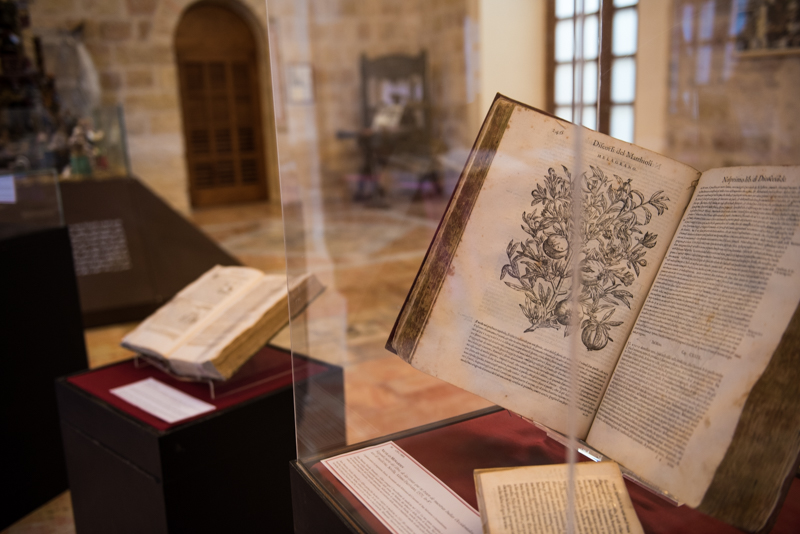 It was inaugurated on Monday 4th November and will remain open to the public until Friday 8th November. The exhibition “Five Centuries since Leonardo da Vinci (1519-2019). Science and Technology in the Renaissance books owned by the Library of the Custody of the Holy Land in Jerusalem” celebrates the greatness of Leonardo da Vinci five hundred years after his death. The exhibition, in the hall of the Curia of the Custody in the Convent of St Saviour in Jerusalem, displays more than thirty volumes which are kept at the General Library of the Custody of the Holy Land. Published between the 15th and the 17th centuries in Europe, they are still evidence today of the enormous evolution of knowledge between the Middle Ages and the Renaissance.

“The volumes on display are related to Leonardo da Vinci because they concern the subjects that were dear to him,” explained Prof. Edoardo Barbieri, lecturer at the Università Cattolica del Sacro Cuore of Milan and director of “Libri Ponti di Pace” (“Books Bridges of Peace”), the project of the CRELEB (European Research Centre for Books, Publishing and Libraries) under which the exhibition has been developed, in collaboration with ATS pro Terra Sancta. The visitors are guided along a route divided into thematic sections: earth sciences, geography and astronomy, botany and zoology, medicine, geometry and architecture.
“Some of these books could have been read by Leonardo, because they were in circulation in his time,” Prof Barbieri continued. “The De Sphaera Mundi for example, is a book he must have known because it was the basic manual for astronomy and everyone knew it. They are books which are close to the world of Leonardo’s culture and what came after him.”

The Custos of the Holy Land, Fr. Francesco Patton, the Director of the Library, Fr. Lionel Goh and the Director of the Cultural Heritage Department,, Fr. Stéphane Milovitch, were also present at the inauguration.
“I want to recall that one of Leonardo da Vinci’s most important collaborators was a Franciscan friar, Luca Pacioli, a scholar of geometry and mathematics,” Fr. Lionel said. “With his knowledge of Greek and Latin, he helped Leonardo, who could not read these two ancient languages, a great deal. This is to emphasize that there is a very strong bond between the figure of the Italian scientist and the Franciscans.”
Our exhibition ends with the anastatic reproduction of a text by Luca Pacioli, donated by the lawyer Paolo Tiezzi and brought to Jerusalem by Prof. Barbieri and his students, who have been working with him for some time. The professor’s thanks went to them for having curated the exhibition and the catalogue.

“This exhibition proves the openness of the Franciscan world to all sciences and lets us see volumes which have withstood time,” commented the Custos of the Holy Land, Fr. Francesco Patton.
The exhibition is open until 8th November from 9 a.m. to 6 p.m. in the hall of the Curia of the Custody in St Saviour’s Convent in Jerusalem. Entrance is free of charge. 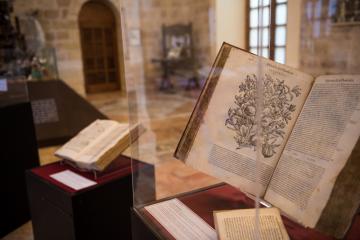 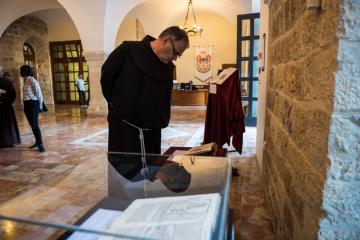 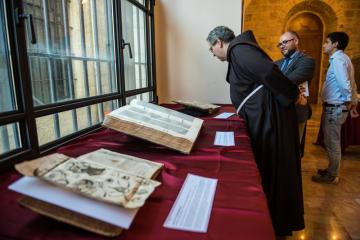 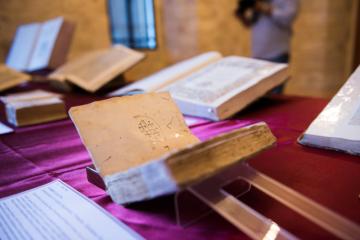 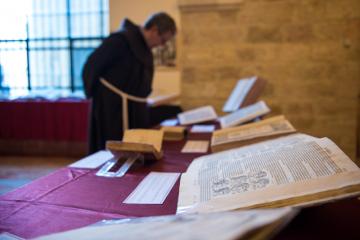 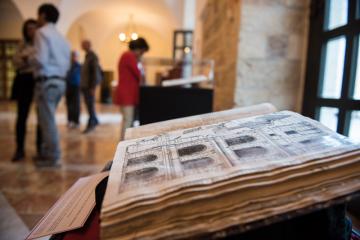 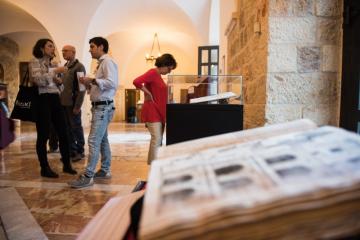 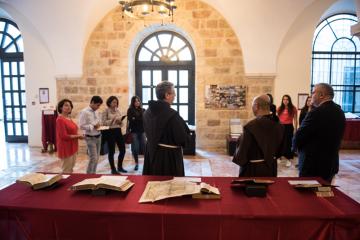 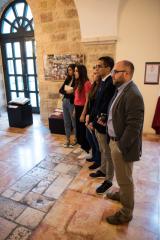 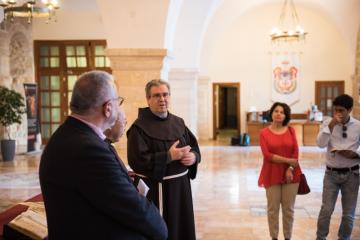 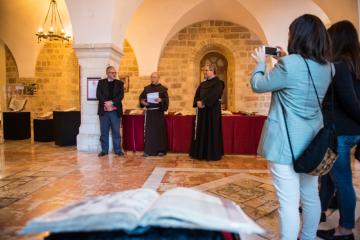 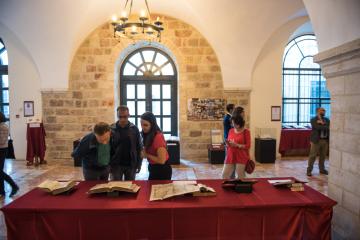 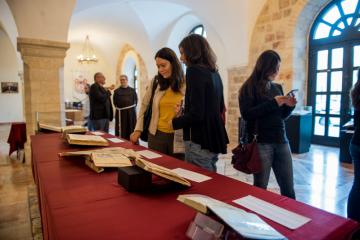 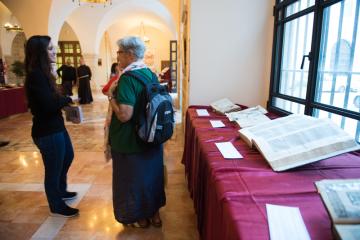 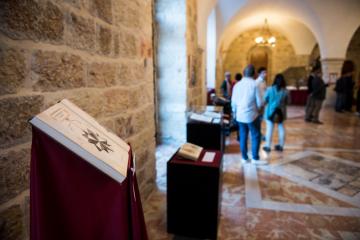