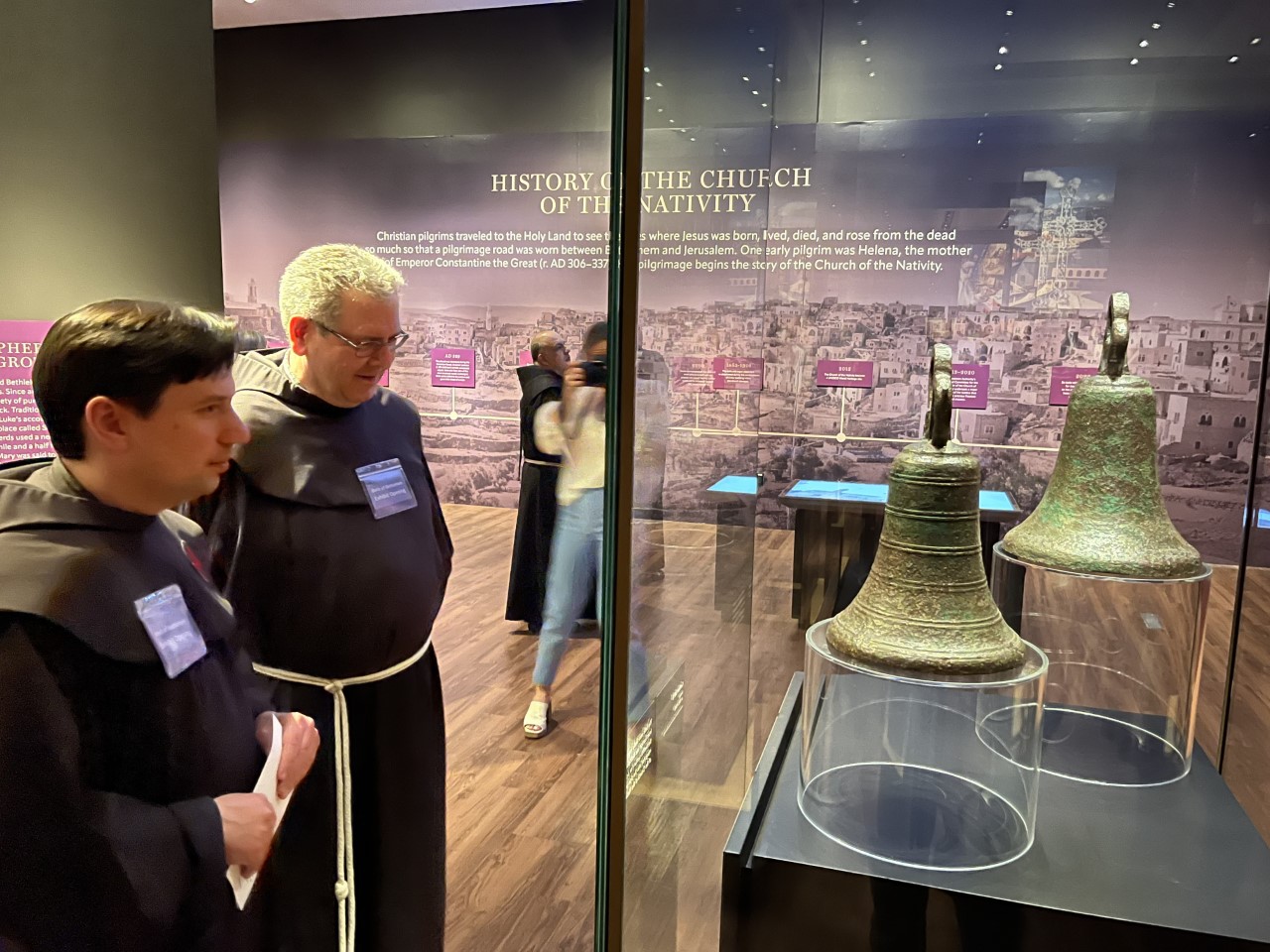 The exhibition entitled "Bells of Bethlehem: Sounds from the Church of the Nativity", organized in collaboration with the Terra Sancta Museum of the Custody of the Holy Land and the Bethlehem Development Foundation, opened on 9th November, at the Museum of the Bible in Washington. The exhibition presents six bells from the 12th century from the Basilica of the Nativity and a hand-crafted model of the church in olive wood dating back to the early 20th century. It is the first time that all these items have been on display outside Bethlehem and Jerusalem.

The Custos of the Holy Land, Fr. Francesco Patton, the Commissary of Terra Sancta in the USA, Fr. David Grenier, and the guardian of the Franciscan convent of Washington, Father Ramzi Sidawi, were present at the ceremony of  inauguration. Representing the institutions promoting the event, Fr. Stéphane Milovitch, director of the Cultural Heritage Department of the Custody of the Holy Land and of the Terra Sancta Museum, and Ms. Khouloud Daibes, director of the Bethlehem Development Foundation were in attendance. There were also three speakers: Dr Jeffrey Kloha, director of the Museum of the Bible, Dr Ben Witherington III, professor of the New Testament for doctoral studies at the Ashbury Theological Seminary and Mr. George Al'ama, historian and expert of Palestinian studies.

Fr. StéphaneMilovitch, in his presentation of theexhibition, thanked the participants and all those who had contributed to this important event and he underlined how important gestures of this type are to make the Holy Land and its treasures known. “As Franciscans of the Custody, we are called on every day to preserve the Holy Places, but also to preserve and communicate the history of these places: we ourselves have to be bridges between the Holy Land and the world.”

"I cannot think of a more appropriate exhibition at Christmas time than the Church of the Nativity,” said the director of the museum, Jeffrey Kloha. "Century upon century, Christians have made pilgrimage to the site marked as the birthplace of Jesus. We are deeply honoured to be able to exhibit, for the first time anywhere, these rare items that show the church’s long history and the many sounds of the liturgy that have filled its halls and courtyards over the centuries.”

The Church of the Nativity of Bethlehem, which traditionally marks the birthplace of Jesus, is one of the oldest continuously operating churches in the world, surviving conflicts, changing regimes, fires and earthquakes. Several paintings, mosaics, two bell towers and a pipe organ were added in the 12th century.  In the 13th century, the bells were coated with animal fat to protect them from rust and buried to safeguard them from invaders. They were then unearthed during a 1906 building project in Bethlehem. The 1906 discovery brought to the light thirteen bronze bells and two hundred and twenty-two medieval copper pipes of the church organ. Six of these thirteen bells travelled to Washington courtesy of the Custody of the Holy Land and of the Terra Sancta Museum in Jerusalem, where they will return for permanent exhibition. The Bethlehem Development Foundation, which played a vital role in restoring the church, also collaborated on the exhibit.

As a part of the exhibit opening events, there was the presentation by the historian and New Testament scholar Ben Witherington III,who discussed what we know of Bethlehem in the first century and that connects to the Gospels. Lastly, George Al'ama, a historian and resident of Bethlehem, illustrated the recent renovation of the Church of the Nativity and described the hand-crafted wooden mode of the church from one century ago. 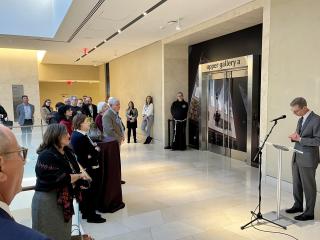 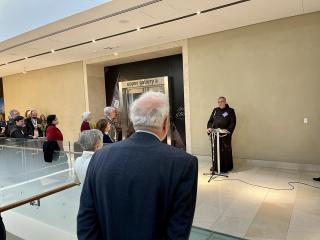 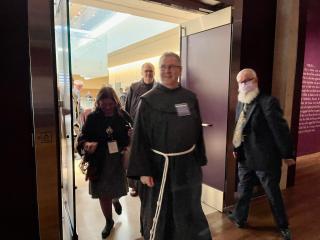 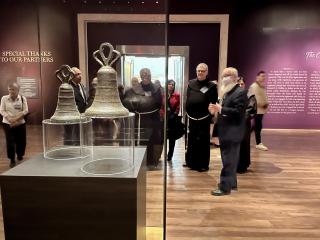 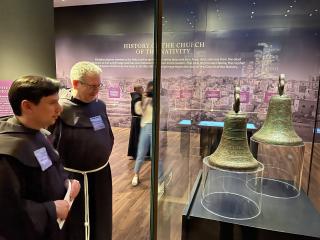 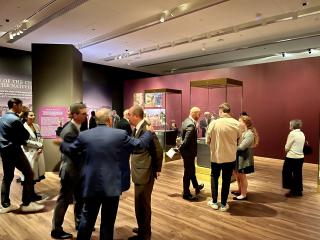 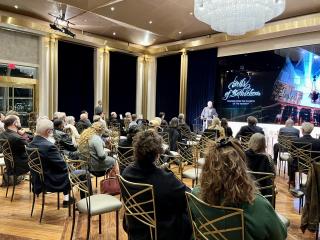 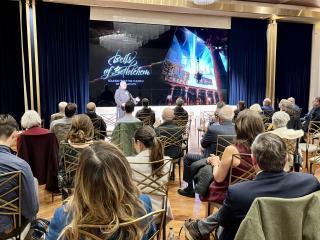 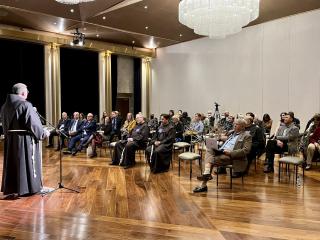