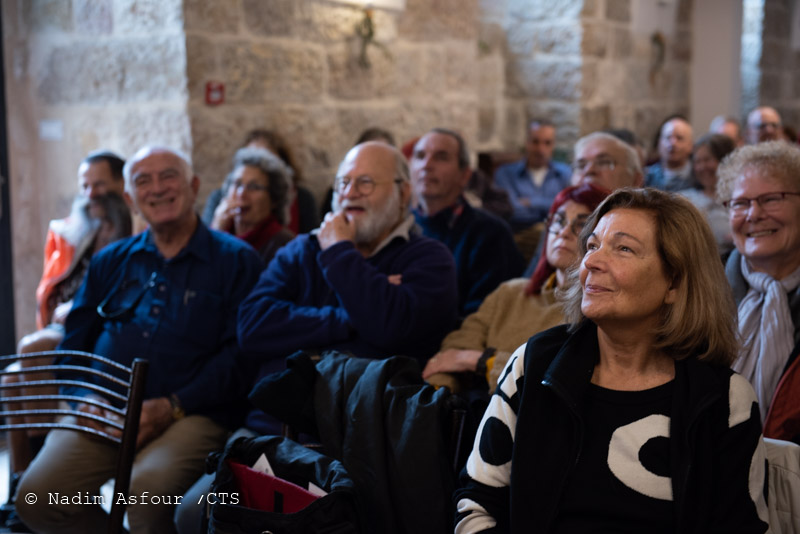 On December 21st, the Monastery of St. John the Baptist in Ein Karem hosted a day of in-depth analysis and reflection on Hanukkah and the Christmas festivities. The interreligious event was organized by the friars of the St. John in Montana Monastery in collaboration with the city council of Ein Karem, represented by Alon Orion.

The day of study and reflection are a reflection of the excellent neighborly relationships  that exist between the Franciscan friars and the residents of Ein Karem. This started years ago, with a ball that ended up in the "wrong" precinct. "These meetings came about from the will of people to meet,” said Orion. “And they offer us an opportunity for mutual sharing. We were looking for partners to protect the territory of Ein Karem and preserve its natural heritage and the beauty of this place.” This initial approach gave rise to a tradition that has been going on for over two years and that includes meetings and cultural, religious but also culinary exchanges. “Br. Seweryn had invited us to mass for the feast of St. John the Baptist,” said Orion. “But we later decided to first organize an event that could bring many elements of our culture together. Br. Sewerynha introduced his fresh pasta.”

The morning began with the greeting by the Custos, Fr. Francesco Patton, who emphasized how these events are significant for the promotion of mutual acceptance with the Jewish community. “This day is a sign of hope, a light,” said Fr. Patton. “We all need a light that increases day by day, in order to illuminate our relationships and our choices.” His greeting was followed by that of Alon Orion, who hosted each speaker by introducing  the experts.

Several representatives of the Jewish world took turns speaking, beginning with Yisca Harani, from the Avshalom Institute, who offered an overview of the origin of Christmas and other celebrations of light throughout antiquity from pre-Christian cultures, up to to Jesus’ time and to our current time. Immediately afterwards, Dr. Amnon Ramon from the Eretz Israel Research Institute took the floor and said that he “offered a historical insight into the relations between the State of Israel, Zionism and the Custody of the Holy Land and into the changes that the relations between the Holy See and the State of Israel subsequently underwent.” Rabbi Levi Weiman-Kelmanl, President of the “Rabbis for Human Rights” Association, then illustrated, using biblical sources, the links between the Resurrection and Hanukkah, thus bringing to the audience’s attention some easily connectable texts between the Old and the New Testament .

The morning ended with a taste of Fr. Seweryn's fresh pasta which was followed, at St. John’s Church, by the performance of the choir of the Magnificat Institute, the music school of the Custody, which was welcomed with great enthusiasm by the audience. Several pieces were performed by the string instrument students, followed by the performance of the Chorus of the Magnificat accompanied by the piano. 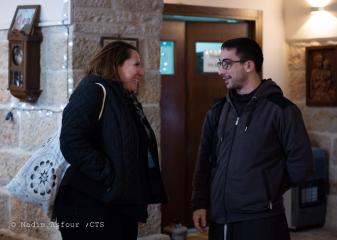 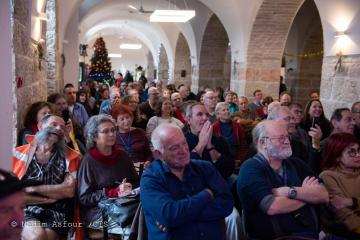 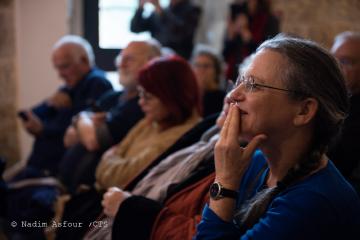 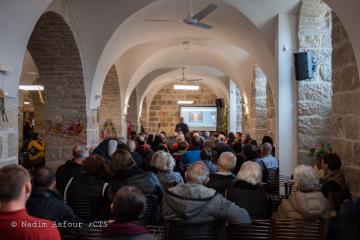 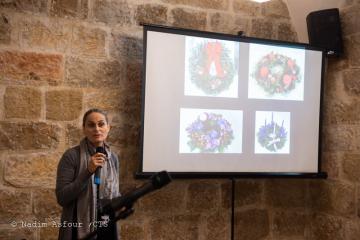 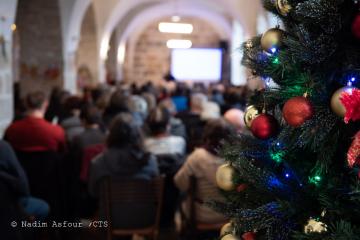 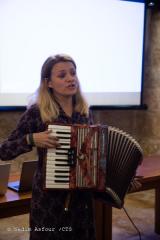 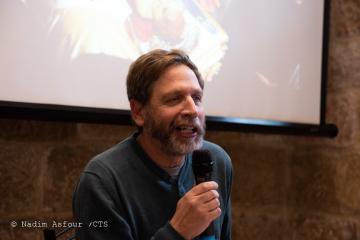 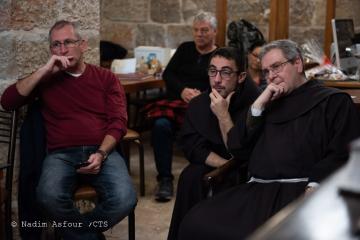 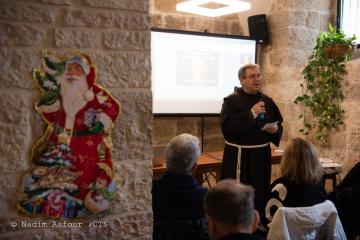 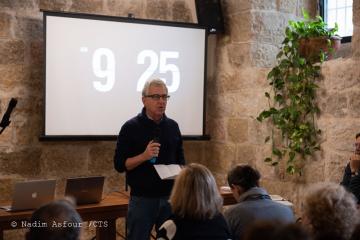 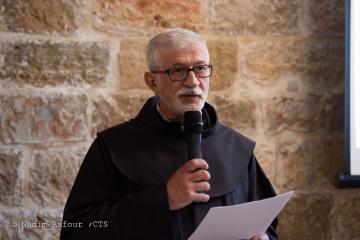 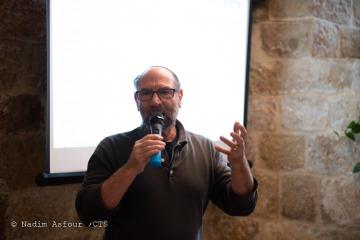 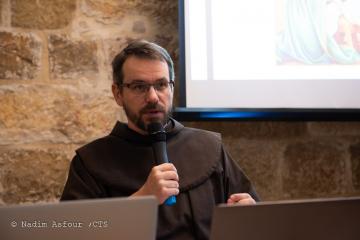 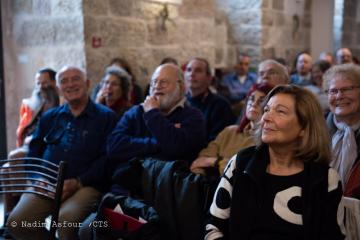 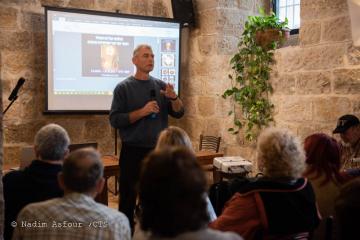 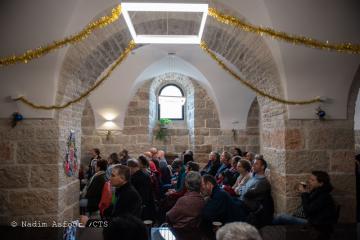 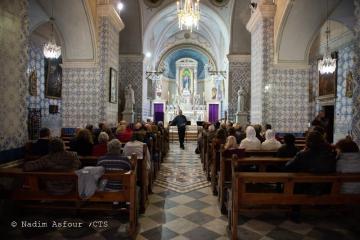 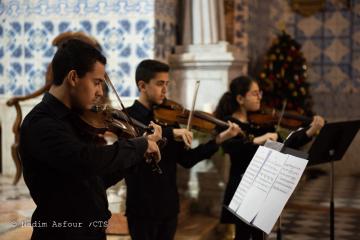 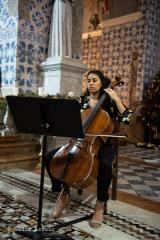 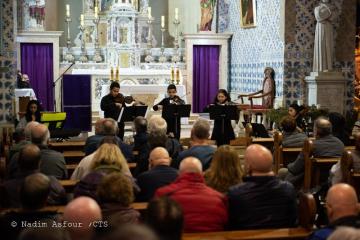 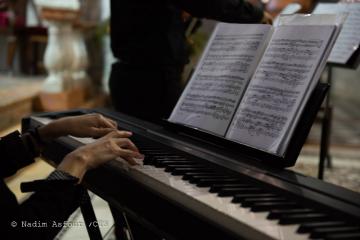 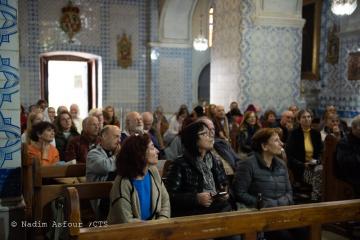 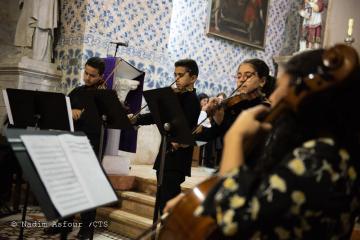 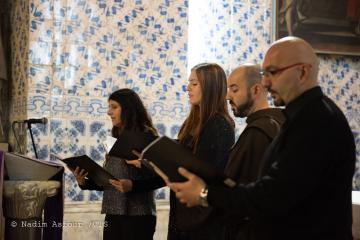