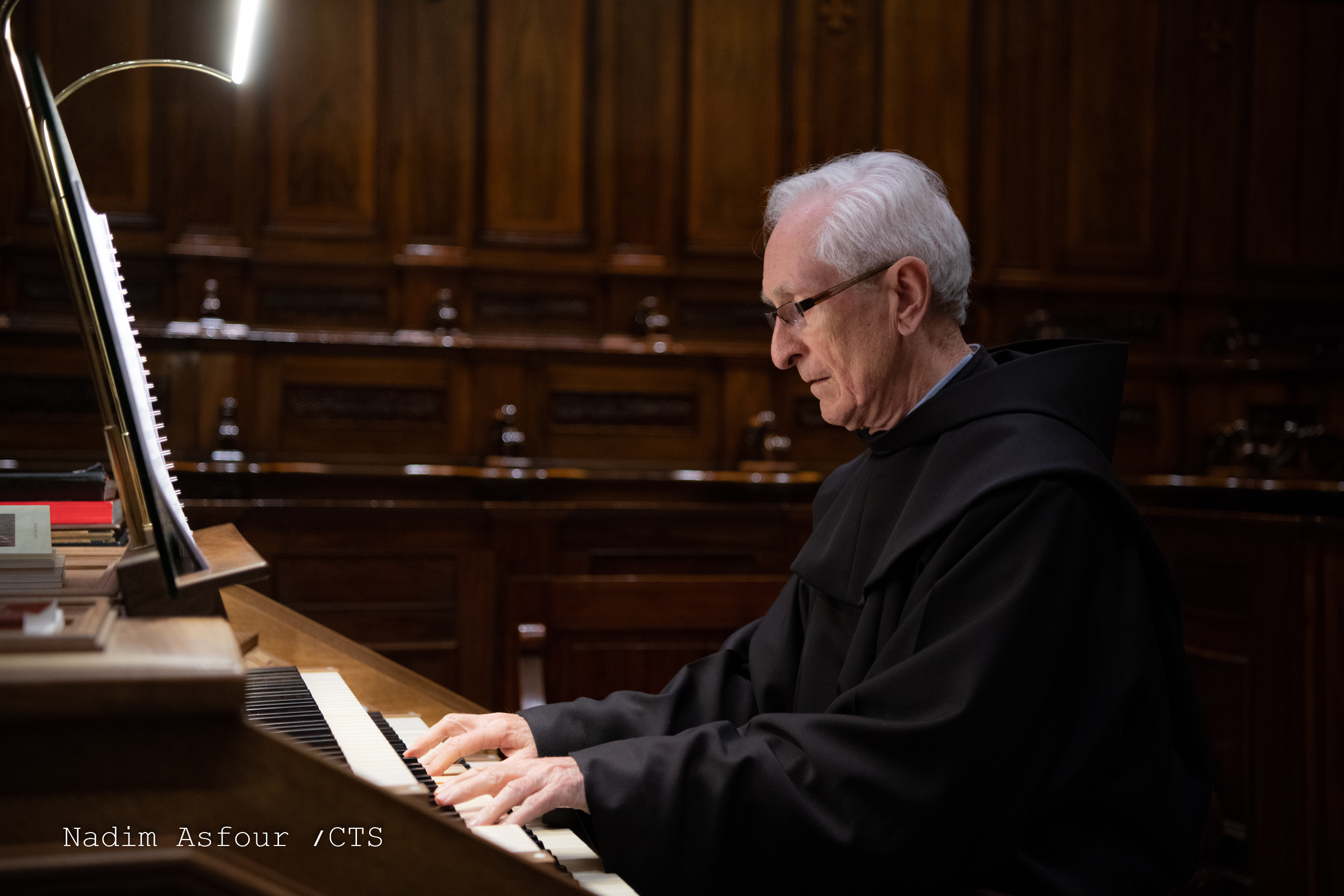 Fr. Fergus Clarke is a Franciscan who has been at the service of the Custody for more than twenty years. He can be heard playing in the convent of St Saviour or during the solemn celebrations at the Holy Sepulchre, where he is the assistant organist. However, his calling to become a Franciscan in the Holy Land was very particular and unexpected. Fr. Fergus, who today is 71 years old, told us his story.

How did you hear the calling to become a Franciscan friar of the Custody of the Holy Land?
I arrived in the Holy Land in 1994 for the first time for a long spiritual retreat. At that time I had already been a priest for many years but I was fascinated by the Franciscans in Bethlehem and the procession at the Holy Sepulchre. Even only listening to the sound of the friars singing moved something in me. One morning – it was 30th June 1994 -, following the retreat’s programme, I found myself in front of the door of the sacristy of the Franciscans at the Holy Sepulchre, in the chapel of Mary Magdalene. One thought immediately came into my mind: I would have become a Franciscan in the Holy Land. At that moment a friar came out of the sacristy, closed the door and left. It was as though my mind was speaking to me. This was the beginning of a period of great anguish for me. That day, I spoke to the preacher of the retreat and we both agreed that this episode was only a distraction and I forgot all about it. At the end of the period of the retreat, I went to a celebration of the Eucharist at the tomb of the Holy Sepulchre. While we were waiting for the other group to come out, I saw some Franciscans speaking and this struck me again. The same day I spoke again to the director and we both agreed that it was again a distraction and once again I forgot all about it.

How did you then manage to follow the path that the Lord was pointing out to you?
I went back to the USA where I was a parish priest. I am originally from Ireland, I had gone to the USA to study and then I stayed there in the service of a diocese.
The impulse to become a Franciscan that I had felt in the Holy Land did not leave me for all the time I was back in California, day and night, for years. A process of discernment began. I was happy with what I was doing, but I had to examine the desire that was growing inside me. Three years later, I left my diocese to join the Franciscans.
I went to Italy for the novitiate. Despite the challenges I came up against, the desire to become a Franciscan has never left me. I was 49 and I found myself with some very young friars there. When people asked me why I wanted to become a Franciscan in the Holy Land, I could only answer that I was being driven by a strong impulse that I could not control. Twenty-three years later, I have still not regretted it. I feel blessed in many ways and every day I keep trying to be a good Franciscan. Becoming a Christian and a priest is a process that lasts in time.

You have been in the service of the Custody of the Holy Land in different places and now you are the organist at St Saviour and assistant organist at the Holy Sepulchre. What does your work consist of?
Yes, I have been in the Holy Land since 1998 and I have been in different places. I have also been President of the community of the Holy Sepulchre and Superior of the Convent of Mount Nebo. Now I am back in the place where I started twenty years ago: St Saviour. I am also the assistant organist at the Holy Sepulchre (the organist is Sr Cecilia Pia) and I play during the solemn entrances. When we have the office of the night readings at midnight, and this happens about forty times a year, I also play at the Holy Sepulchre. I play the organ at the Sunday Masses, during the afternoon processions and also for the first and second vespers on feast-days. I also play at St Saviour for the prayer of the morning Lauds on Sundays or in the afternoons for the adoration.

You spoke about your vocation as a Franciscan, but not your “vocation for music”. How did that start?
My vocation for music started when I was at secondary school. I was a boarder, as was the custom in those days, and there was a pipe organ in the school. I had my first organ lesson on 13th February 1962. I have been playing ever since, especially during the period in the seminary. I then studied music for five years and I took my degree in Ireland. Then in Washington DC, I took a master’s degree in liturgical music. I have used my talent as much as possible and I am very fortunate in this.

What do you love about your service as organist?
Playing at night is not easy. It is tiring because sometimes I go to bed very late and I have to get up very early for the morning prayer. But that is the life of the Franciscans at the Holy Sepulchre. I like my service for what the Holy Scriptures say: “At midnight I rise to give you thanks” (Psalm 119,62). While people are asleep, we pray for them. This is a community of prayer and has the vocation of praying for the world: for the pilgrims who come to the Holy Sepulchre and for those who do not come. This is the place where faith can grow and where it can be expressed in full. It is wonderful to meet people and talk about our faith.

How would you describe your life in the Holy Land?
I could not live the life I lead if I did not have faith, if I did not believe in the Resurrection. Here in the Holy Land I have had the chance to touch the lives of many different people and I think this is a great privilege. Every two years I go back to the United States and I celebrate Mass there and I wonder if I have ever regretted my choice of leaving my ministry as a parish priest to come to the Holy Land. The answer is no, never. Of course, it is nice to go back now and again and meet people from the past, people in whom I have sown a seed that has sprouted thanks to the Holy Spirit. At the same time, I recognize that there are also difficulties being in the Holy Land. The heart of everything, however, is believing in the Resurrection of Jesus. 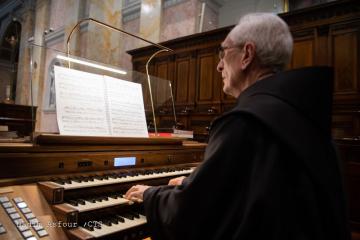 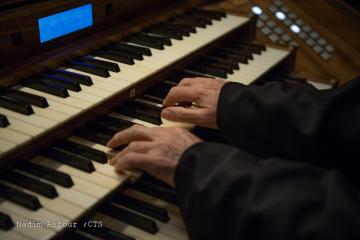 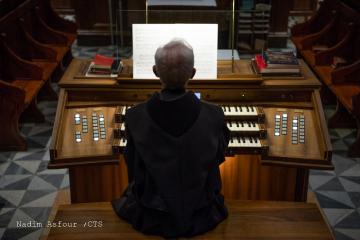 St Nicholas Tavelić: the link between Croatia and the Custody of the Holy Land

The testimony of Fr. Luca Panza, guardian of the sanctuary of Capernaum