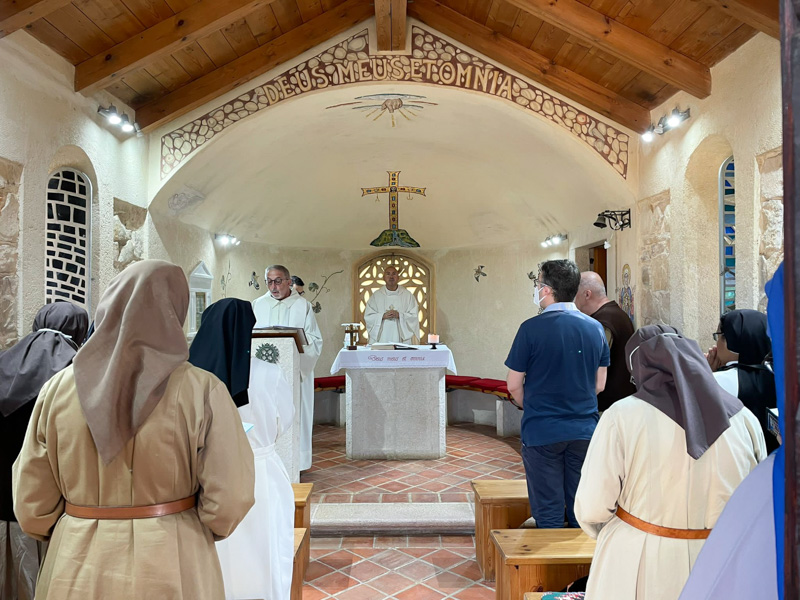 The solemnity of St Moses, lawmaker and prophet, who guided the people of the alliance, taking them from slavery in Egypt to the freedom of the Promised Land, fell on 4 September. Moses was never to enter the Promised Land, but he saw it from Mount Nebo, the summit of the Pisga, facing Jericho (Deut. 34, 1-12). On this very spot today there stands the shrine in the care of the Custody of the Holy Land, where every year a mass is celebrated to remember St Moses.

“Once again, we have not been able to celebrate with solemnity, due to the Covid-19 pandemic,” explained Fr. Raffaele Caputo, superior of the Franciscan convent on Mount Nebo. “Despite these difficult times, on the morning of 4 September, in the convent chapel, the Holy Mass was celebrated, presided by His Excellency Mons, Mauro Lalli, chargé d’affaires of the Apostolic Nunciature in Jordan, very attached to Mount Nebo and St Moses.” As well as a student friar of the Custody, some religious men and women who are doing service in Jordan also attended the Mass.

In his homily, Mons. Mauro Lalli spoke of the figure of Moses, who obeyed God when he revealed to him that he would not have entered the Promised Land. Moses therefore reflects the figure of the obedient servant, who was then incarnated by Jesus.

“The Mass was a moment of very intense spiritual prayer,” Fr Raffaele continued. “We prayed to St Moses so that he may intercede to dispel this pandemic from humanity. We have remembered in our prayers all the brothers of our beloved Custody, in particular those who on 4 September made their first solemn profession. We hope that next year we will be able to celebrate our protector St Moses with all due solemnity.”

Compared to the first year of the pandemic, the Franciscan of the Holy Land notes that the situation has improved slightly, as today small groups of pilgrims can reach the shrine. “Three months ago, in May, a group of Poles celebrated a mass in the shrine for the first time since the start of the pandemic,” Fr. Raffaele explained. “In the past few weeks we have also had three very large groups from Nigeria. Especially on Fridays and Saturdays, we often have some curious local people arriving here, who want to discover our shrine. Sometimes we also welcome small international groups who are working for diplomatic delegations or organizations of international cooperation in Jordan, who come to Mount Nebo as a place of solace, as it is isolated from the city.”

Since the Coronavirus pandemic has prevented pilgrims from travelling easily, Fr. Raffaele Caputo has more free time in the convent on Mount Nebo. He has decided to devote himself to preparing home-made jams and liqueurs which he then gives to the friends of the convent.  His life is one of prayer and manual work, simpler and more “Franciscan”,  which he also shares with another friar of the Custody of the Holy Land in service on the Memorial of Moses on Mount Nebo.

The place where the shrine is today, eight kilometres  north-west of Madaba, was already known to the inhabitants of the region, but it was not until 1932 that the Franciscans were able to purchase it. In 1933, the archaeological excavations began and the ruins were studied by the scholars of the Studium Biblicum Franciscanum of Jerusalem, who discovered the remains of a basilica rich in mosaics, already mentioned in the 4th century by the pilgrim Egeria. The Franciscans have established over time a museum which brings together the finds discovered in this Holy Place and they financed the restoration of the basilica, which was completed in 2016 and which includes the Memorial of Moses. 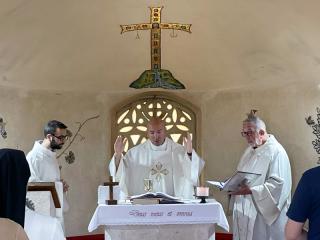 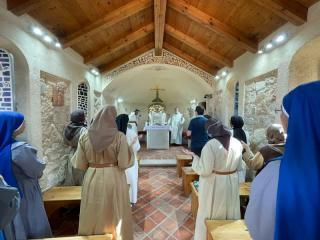 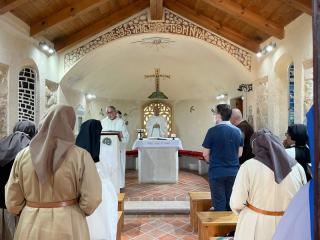 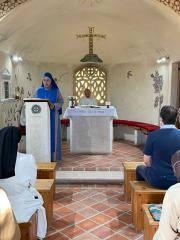 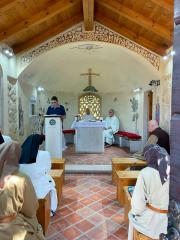 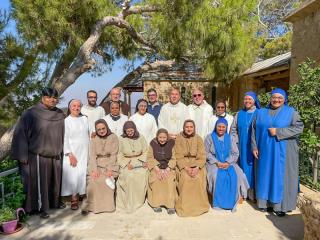 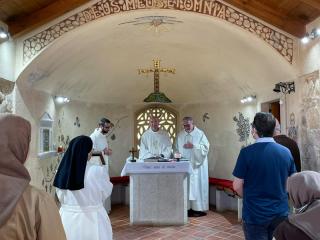 The convent on Mount Nebo, on the eve of the solemnity of St Moses