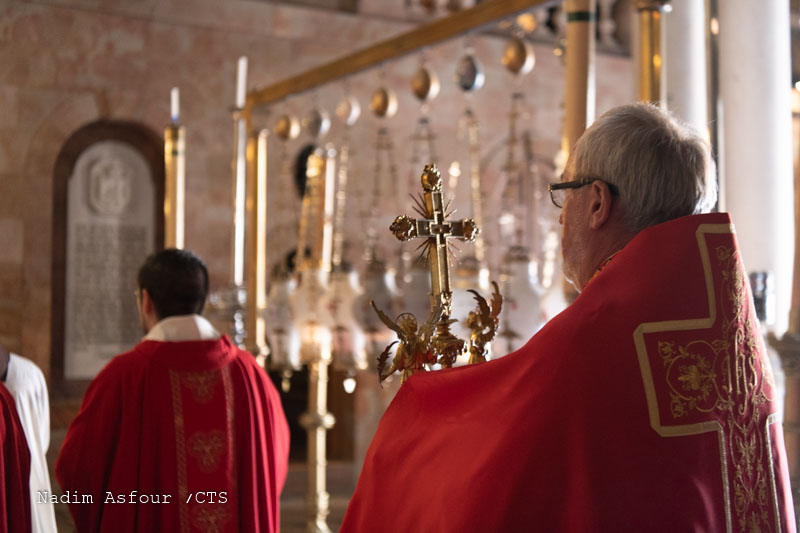 “Fulget Crucis mysterium is the fitting verse for this place (...), because the mystery of the Cross has shone out from here, from the day on which the world was saved and every human being in history was saved.” This is what Fr. Dobromir Jasztal, Vicar of the Custody of the Holy Land, said in his homily.

The Custodial Vicar then concentrated on the importance of the Biblical episode narrated in the first reading, where it says that “just as Moses raised the snake in the desert, the Son of man must be raised so that everyone who believes in him has Eternal Life” (Numbers 21, 4-9). “Jesus will be raised from the earth and men will see the wisdom and the power of God,” said Fr. Dobromir. “The time of the cross is not a time of defeat, but a time of victory. Jesus on the cross expresses a new wisdom which is that of ensuring that with love sorrow is transformed into joy. Jesus raised on the cross expresses a new power, never seen before, which crushes hell and releases men. Love accepts sorrow and sorrow makes love pure.”

According to the Vicar of the Custody, the cross does not save “abstractly and magically” however, but it is the “Path” or the “Way” on to which Jesus wants to lead us, it is the “Voice” of the Father Creator, in contradiction with the mentality of the world.

A solemn moment of the celebration was that of the procession with the relic of the Holy Cross from Calvary to the Chapel of Mary Magdalene. The ancient hymn to the cross, Vexilla Regis,  accompanied the rite which came to an end with a gesture of adoration by those present. To respect the rules of hygiene due to the Covid-19 pandemic, kissing the cross was not possible, but the faithful paid tribute to the Cross of Christ, the hope of all those who believe in Him, with a small bow. 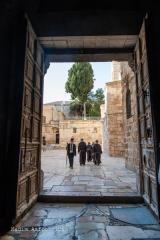 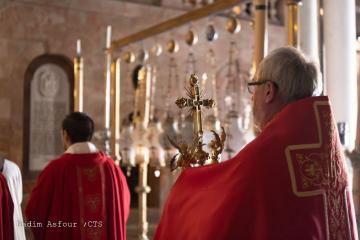 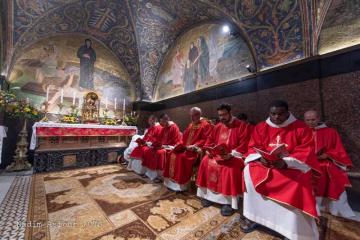 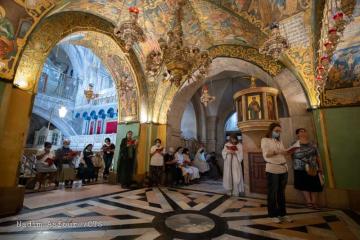 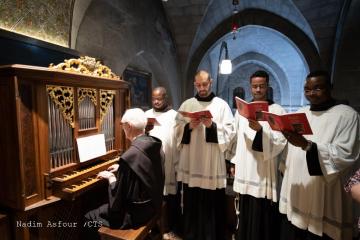 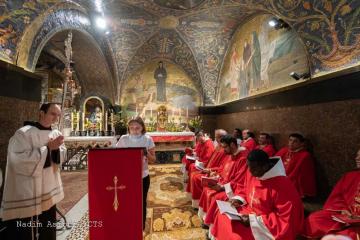 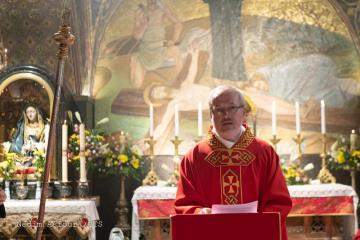 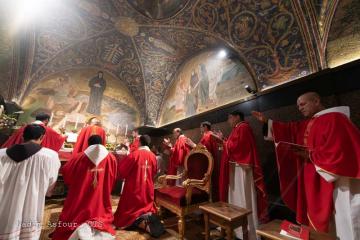 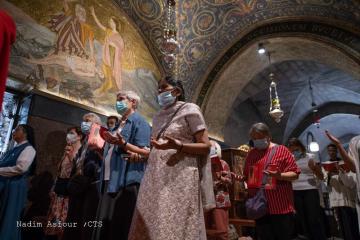 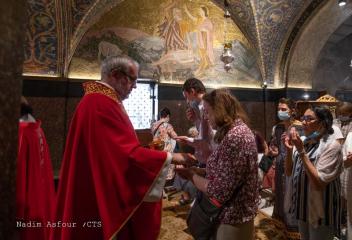 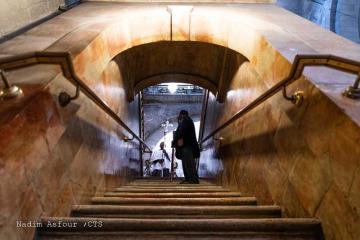 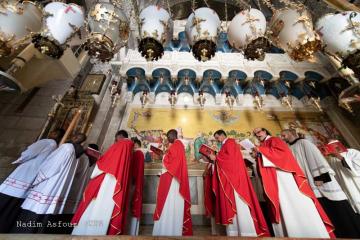 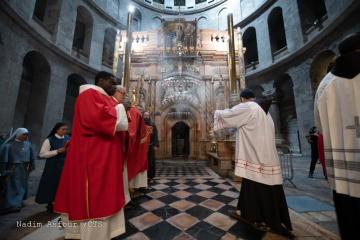 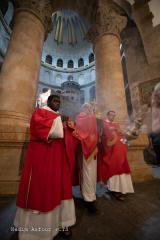 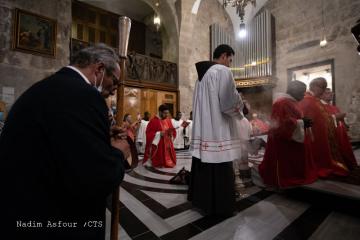 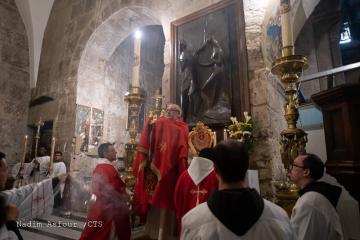 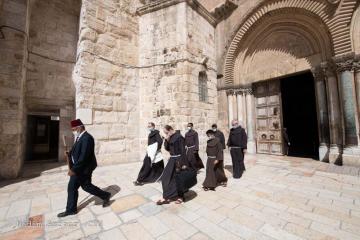