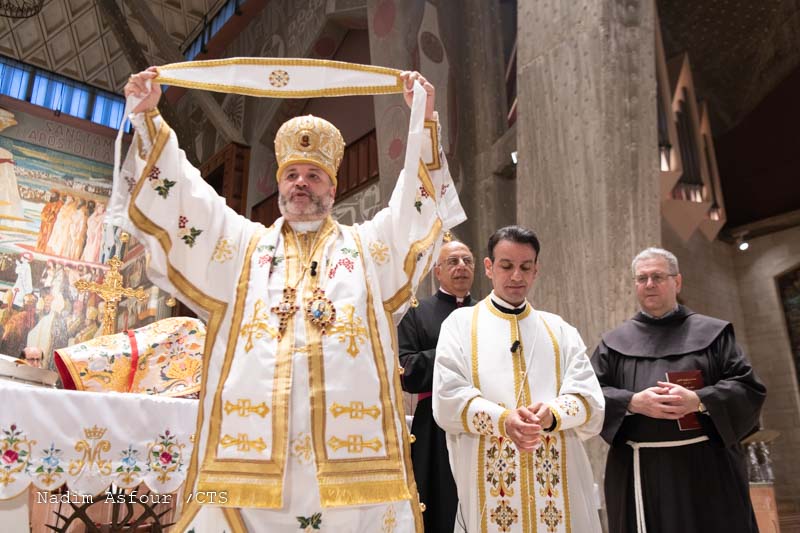 On Wednesday 22nd October, at the Basilica of the Annunciation in Nazareth, a small group of Franciscans and worshippers took part in the presbyterial ordination of Fr. Raffaele Tayem,an Israeli Arab, presided by the Greek Catholic Archbishop Mons. Youssef Matta,according to the Melkite Greek Catholic liturgy.

Fr. Raffele, from Ibillin (a village in the northern part of Galilee), entered the convent at the age of 18 and after his studies of philosophy, he felt the need to further experience and live the Franciscan life in a context other than that of study. He performed various services in Judea and in Galilee, in Cana, Bethlehem and Jerusalem, continuing to support the work of the Custody with the young local Catholics. "I did 22 Franciscan marches,” Fr. Raffaele tells us, "I owe my vocation for the priesthood to the work I did with young people and I am convinced that, after what had been a finishing line for my life for many years, it was only a starting point." After his numerous services, he had the opportunity to return to the path towards the priesthood by resuming his theological studies at the Theological Faculty of Assisi, where he lived until a few months ago.

Brought up in a Catholic milieu, his first encounter of faith was in the Melkite Greek-Catholic Church, to which his family belongs. The Melkite church is a Catholic Church of the Byzantine rite,  considered an heir of Syrian Christianity and very common in the villages in the northern part of Galilee. The linguistic component allows this Christian definition to stand out from the other Christians of the Orient: alongside Greek, Arabic is the official language of the celebrations.

"You are starting your service at a new time, one that is tense and fill of challenges. But also full of hope for all this generation.” These were the words of Mons. Matta during his homily. “Perform your work dedicating yourself to prayer, because only in Christ will you find force and firmness,and you are called to be like him. May you be simple every day, like Christ, and follow Him coherently, not to slide into error.”

After the homily, the central moment began, that is, the Pontifical Liturgy and the Presbyterial Ordination of the deacon. In this part of the celebration, rich in symbols and songs, the emotion of all those present could be felt. It is a solemn rite which ends with the vestition in three parts, each preceded by the word "Axios!" ("He is worthy”) repeated by the people of God.

At the end of the part dedicated to the priestly ordination, after the welcome of the new presbyter amid the concelebrants at the altar and the recital of Psalm 50, the celebration continued normally.

Another particular moment took place before the consecration of the bread, in which the ordinand personally gave the bread to the celebrant for the first time.

"That there is an ordination in this place from where the announcement went out to the world, an ecumenical Byzantine liturgy, in this Shrine, with your presence, is truly an event full of meaning," commented the Vicar-General of the Melkite Greek Catholic Church of Akko in his final salute. “From this Church we are sending a message to the world: the Church is alive, despite the virus that has invaded the world and is threatening humanity. We are stronger with Jesus, who defeated death."

Following this, the Custody of the Holy Land, Fr. Francesco Patton, took the floor to thank the Melkite Archbishop for the ordination and all those present. “It is a beautiful face of the church that we have shown here this evening, in this celebration,” said Fr. Patton. “I hope, Raffaelle, that you can become a shepherd who has “the smell of the sheep”. That this day is like a sign thrown inside you, and this seed takes you to shape your life on Christ and give your life with Christ so that through you it is Christ that looks after his faithful and his flock.” 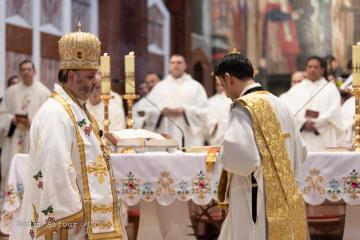 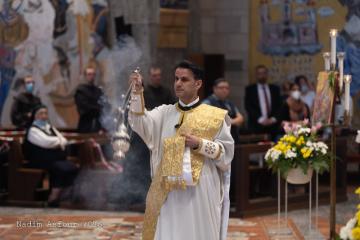 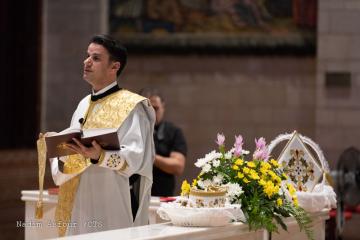 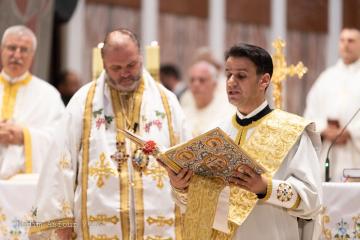 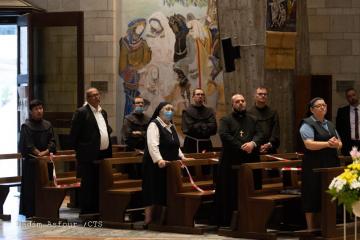 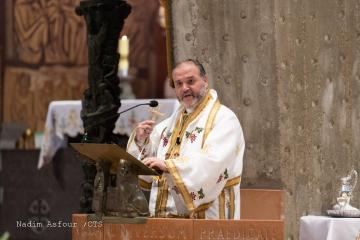 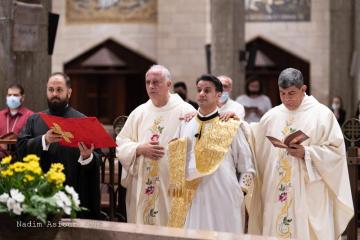 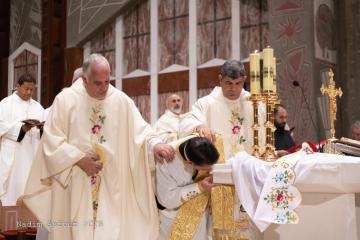 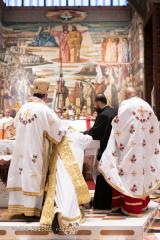 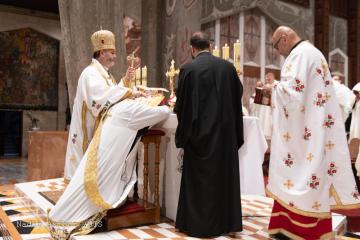 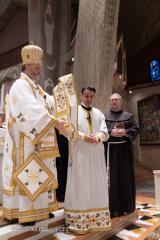 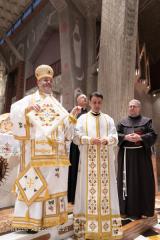 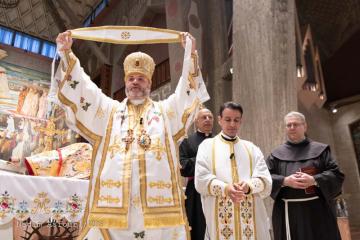 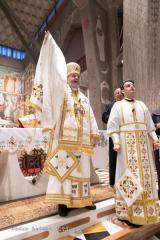 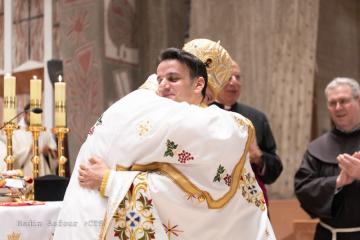 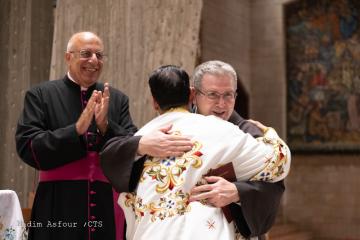 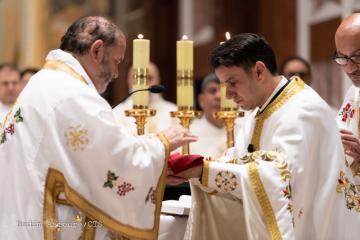 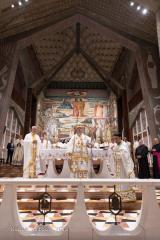 “Ramadan Karim”: signs of hope in a Jerusalem still with wounds

In Nazareth the celebrations of the Immaculate Conception and St. Joseph