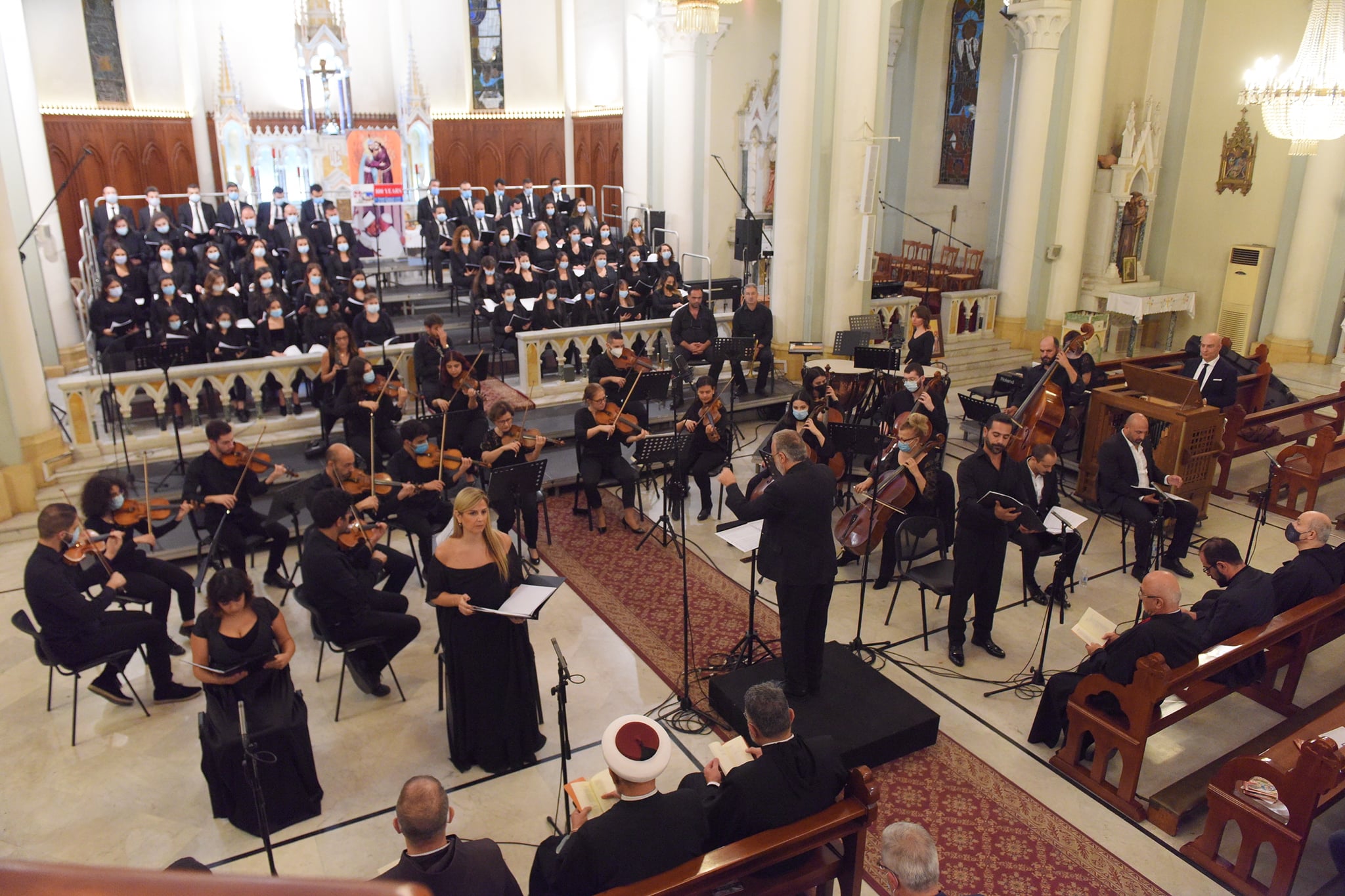 The meeting between St Francis and the Sultan of Egypt al-Malek al-Kāmel in 1219, and now taken as a precursor model of interreligious dialogue, has become the subject of a new opera produced by the Custody of the Holy Land and performed for the first time in Lebanon in the form of a concert on 6 November 2021, in the church of S Elias in Beirut and on 7 November in Tripoli in the church of St Marouan, in collaboration with the Italian Institute of Culture of Beirut and Pro Terra Sancta. Noursat/Telelumiere filmed the two evenings, which can now be seen on the Youtube channel and on the Facebook page of the Terra Sancta Organ Festival.

The event, which due to the pandemic, could not take place until now, is the ideal conclusion of the celebrations for the Eighth centenary of the meeting between St Francis and the Sultan al-Malek al-Kāmel. The promoter of the initiative was  Father Quirico Calella, the superior of the Convent of the Holy Land in Tripoli, who involved Prof. Bartolomeo Pirone for the libretto and the Lebanese composer Father Khalil Rahme for the music. Fra Riccardo Ceriani revised the initial text from the dramatic point of view to adapt it to the needs of the composer and the literary genre of an opera libretto which, with the translation into Arabic by Therese Francis, the cover illustration especially commissioned from the painter Fra Maurizio Piazza and thanks to the contribution of the Italian Ministry for Foreign Affairs and International Cooperation is now available at Edizioni Terra Santa - Milan.

The score, orchestrated by Fadi Taouk, was performed to public and critical acclaim by the chorus and orchestra of Notre Dame University conducted by the composer himself, Father Khalil Rahme, with the singers Bechara Moufarrej (Francis, tenor), Grace Medawar (Clare, contralto), Fernando Afara the sultan, baritone) , Lara Jokhadar (Fatimah, mezzosoprano), Tony Sfeir (Fra Elia and the Sheikh, basso), Josef Issa and Tarek Abdel Fattah (the muezzin, tenor). The opera is in Italian but everybody was able to follow it easily thanks to the parallel text in Arabic of the libretto, which was distributed free of charge.

The public was almost equally divided between Christians and Muslims. Particularly significant was the presence of the delegate of the mufti of Tripoli, Sheikh Mahmud Nohman who expressed his satisfaction with words of praise and gestures of brotherhood, embracing the Maronite bishop of Tripoli,  Joseph Sweif, the regional minister of the Franciscans Fr Firas Lutfi and Fr Quirico Calella: “while we are listening to  a beautiful story of eight hundred years ago,” the Sheikh said, “our memory takes us back to this blessed image of the meeting between Pope Francis and the Sheikh of Al-Azhar for the completion  a new decade of humanity and brotherhood on which we agree.” Bishop Sweif underlines the current good and ongoing relations between the two communities and the cultural value of the project: “after this musical and at the same time spiritual evening, we can only renew the pact of remaining witnesses of the culture of love, the culture of pardon and of peace” (click here for the speeches of the sheikh and of the bishop).

In the libretto, St Francis and the Sultan, defined a “drama  for music in four tableaux”, Prof Bartolomeo Pirone, an expert in Islamic and Arab-Christian studies, reveals himself to be a poet of “high” language. As in all operas of the historical genre, the story presents elements of the imagination. The first tableau takes place in Assisi, where Clare and Fra Elia try in vain to dissuade Francis from his idea to go to Egypt. The second and the third tableaux describe Francis’s voyage by sea,  first towards the intermediate stop of Acre (with only the choir singing) and then towards Egypt (a musical intermezzo with the orchestra only). In the fourth tableau, Francis lands at Damietta and is received with respect by the sultan together with his daughter Fatimah, the sheikh and other dignitaries. During the night, Fatimah dreams of a pomegranate which opens, “giving the world hosts of poor friars not unlike the Sufi who are very pious”, guided by Francis. The sultan and the sheikh reflect on their behaviour with this peaceful man. Francis has two meetings with the Sultan. The first impact is a bit rough, but immediately things are toned down and the two perceive a grace that unites them in brotherhood and Francis can propose his faith in the Risen One to the sultan. After a night of prayer in which the chanting of the muezzin can be heard, the sultan answers Francis that he is firmly rooted in his own faith, for which he is also responsible for his people, but as a sign of friendship he grants to Francis and the friars who follow him  free access to the holy places  under his control. Francis then starts out on his return journey while the chorus solemnly concludes the opera with an imposing performance closed by a vocal fugue.

The music by Father Khalil Rahme was unanimously appreciated: “The style of the composition,” says Father Rahme, “is slightly eclectic: as well as Western classical music, there are themes that recall antiphons by St Francis, Gregorian antiphons, Syriac chanting, ecclesiastical modal hymns and oriental melodies, while for the form I was inspired by the oratorios of Bach and Perosi. For the voices I composed knowing already the singers who were to perform. The current situation in Lebanon had an impact on the composition in relation to the musicians, because many have left the country, especially those of the National Philharmonic Orchestra. For example, I was unable to use the trombone, the horns, the flutes and the bassoons, which  I will be able to introduce in other performances abroad.” It is the intention of the organizers to propose the opera in other Arab countries and in Italy, including with set designs and costumes. 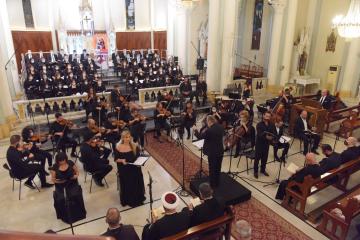 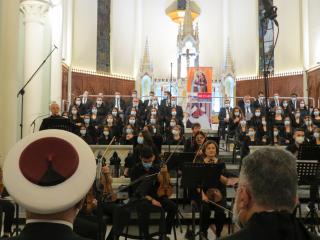 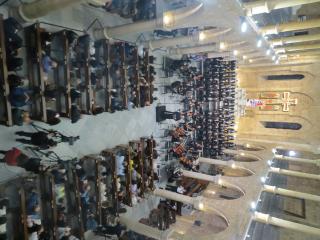 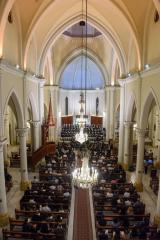 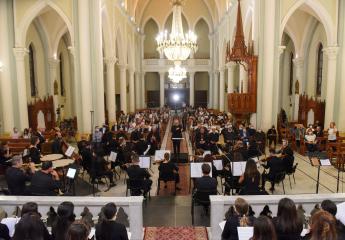 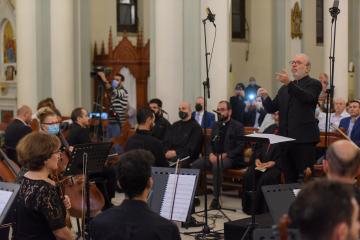 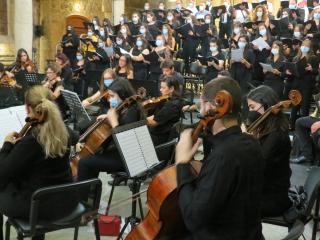 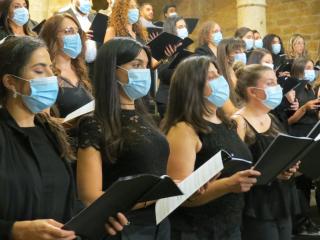 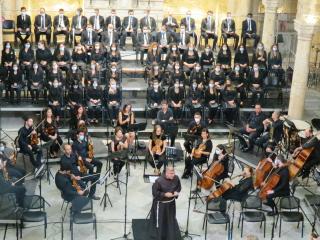 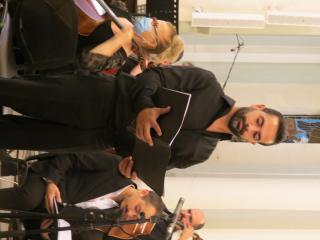 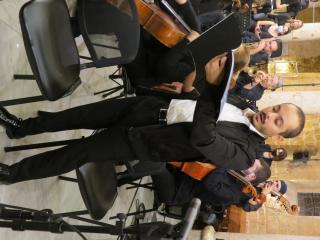 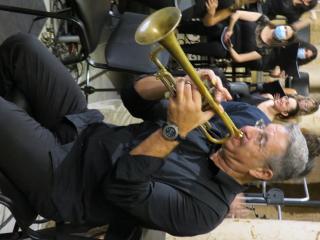 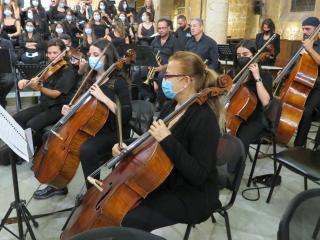 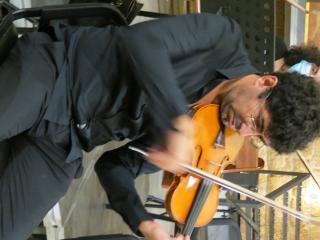 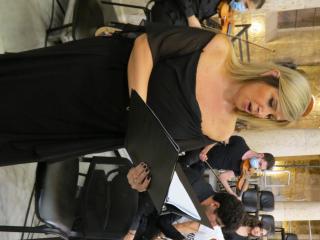 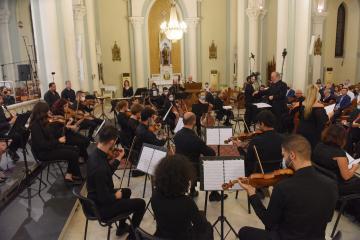 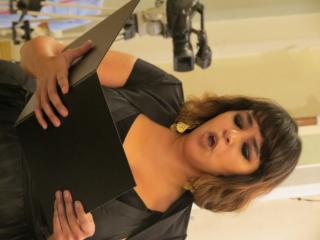