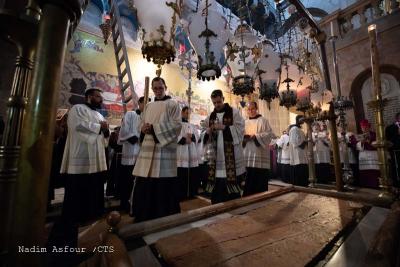 For 800 years, one of the missions of the Franciscan friars of the Custody of the Holy Land has been welcoming pilgrims to the Shrines. It is a custom which, with the passing of time, has become liturgy: the solemn entrance and the procession at the Basilica of the Holy Sepulchre.

In the Holy Land, very often, to understand the present-day liturgy, reference is made to the travel itineraries and the pilgrimage diaries of the past. One of these accounts, which also became important for the liturgy of the Sepulchre, is that of the priest Mariano da Siena, which he wrote on his third journey. As he himself narrates, in 1431 the pilgrim set off with two priests from Venice (Italy) and travelled for about 115 days by sea and overland, covering more than 5,097 miles.

In his diary, Mariano da Siena describes his visit to the Sepulchre, and the habits the pilgrims were introduced to from the "vespero", the late afternoon, the time of the day when entrance to the Basilica of the Holy Sepulchre was allowed after having paid an offering to the Muslims who controlled the access. The pilgrims were welcomed at the Sepulchre near the Stone of Unction, and it was there that the Franciscan friars guided them in the Holy Place. The visit was important for two reasons: to get to know the Basilica better and to profit from the indulgence linked with the places of the memory of the Passion and Resurrection of Jesus. Historically, what they were doing was a "Sacruum Circulum", a guided liturgical visit to the various small Shrines that make up the Holy Sepulchre: the place of the Crucifixion, the Stone of Unction, the place of the Resurrection but also the place where Magdalene appeared to Mary, the place of the appearance to Mary his Mother, and so on. In each of these places, the Franciscans usually sang a hymn and read a brief passage which told the story of the place, before moving on to the next one. This practice slowly became ordinary for the Franciscans, allowing them to experience the places dynamically,  and today it has become part of the daily liturgies like the Holy Mass and the celebration of the Liturgy of the Hours.

What the pilgrim Mariano da Siena describes is what is repeated solemnly on Saturdays during Lent: the Patriarch becomes a pilgrim to follow the place’s daily liturgy. It is a strong symbol: after opening the doors, the prelate is welcomed at the Stone of Unction as the “first pilgrim” by the Franciscans and guided by the Superior of St Saviour’s Convent to start his walk of Lenten conversion, becoming a guide for the other faithful.
Now divided in the celebrations between the two distinct figures of the Patriarch of Jerusalem and the Custos of the Holy Land, in the initial phase there is the entrance and the daily procession led by a friar who sings and proclaims the readings, going from one place to the next.
The route continues with the celebration of matins, around midnight, and the Solemn Mass which the Bishop presides without celebrating (“pontifical attendance”). These moments help the Bishop prepare the celebration of the Holy Week, a liturgy which becomes a spiritual retreat. 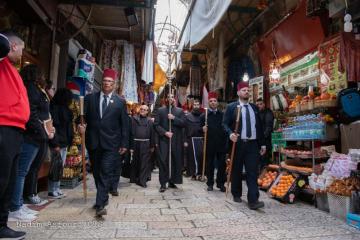 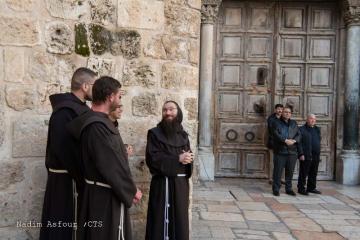 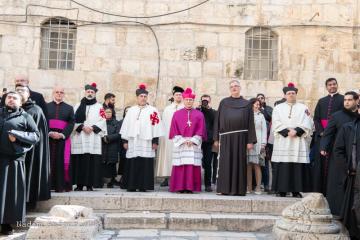 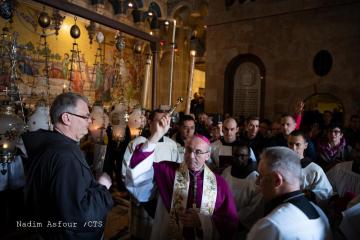 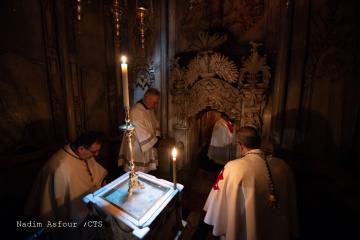 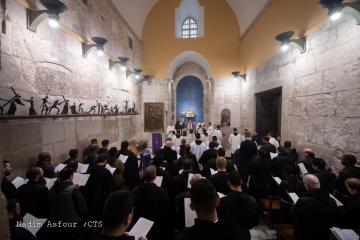 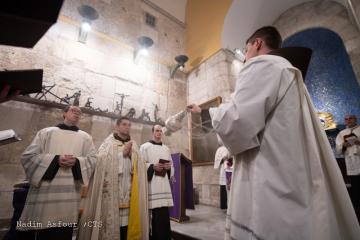 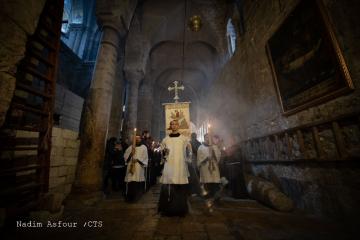 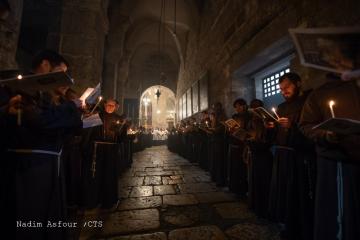 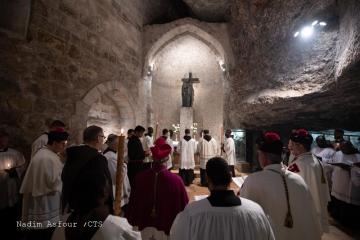 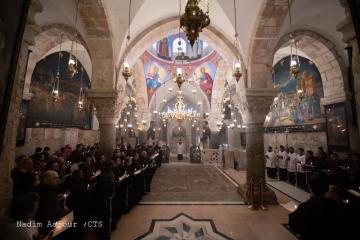 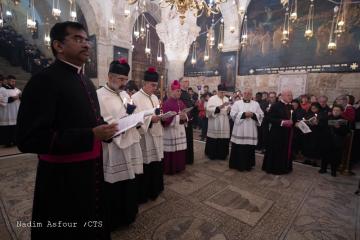 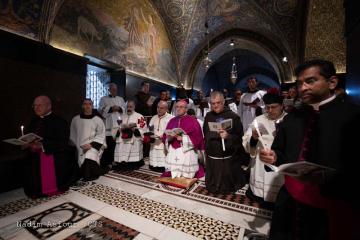 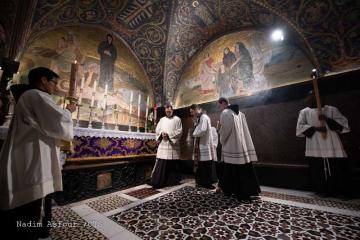 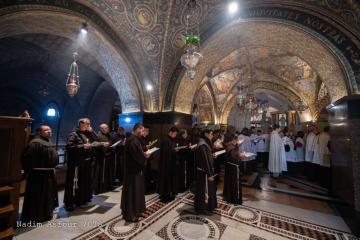 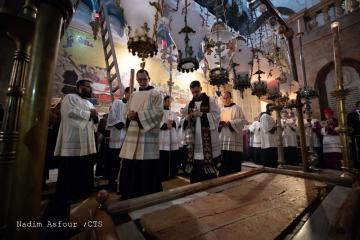 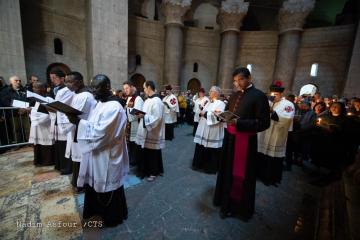 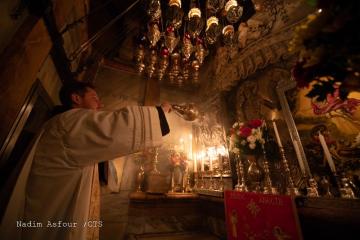 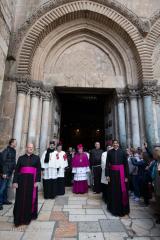