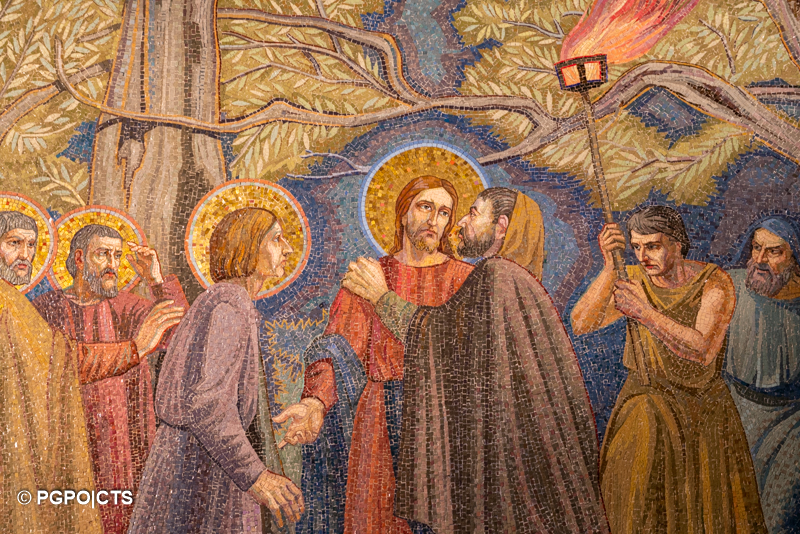 The second stage of the Franciscan peregrinations of Lent took place on Wednesday 23 March, at the Basilica of the Agony.

Gradually entering the mystery of Easter, the friars, accompanied by a group of faithful, remembered perhaps the darkest moment in the public life of Jesus, that of his betrayal by Judas Iscariot. The prelude to his passion, this event shows all the humanity of Christ who, according to the evangelist Matthew, “began to feel sadness and anguish.”

The Mass was celebrated in the evocative setting of the Shrine of Gethsemane which stands on the south-western slopes of Mount Olive, near the church – also known as the Basilica of Nations - designed by the Italian architect Antonio Barluzzi in the 1920s. To reach the church, visitors have to go around the grove which is home to very old olive trees, some of which come from a single strain dating back, very probably, to the times of Jesus.

Entering the Shine evokes a sense of plunging into shadows which allows the faithful to pray and the start of anexperience of darkness which Barluzzi intended to provoke the visitor into “feeling the night,” as he noted in his writings.

The solemn mass was presided by Fr. Stéphane Milovitch, ofm. As for last week’s liturgy at the Dominus Flevit, the homily was given by Don Carlo Adesso, of the diocese of San Marino - Montefeltro.

In his sermon, he dwelled from the very beginning on the figure of Judas Iscariot, the traitor whose action, in the garden of Gethsemane,represents only the final act of his shadowy conduct which he began much earlier, in Capharnaum; on that occasion, the betrayal by Judas - Don Carlo observed -, "is in a eucharistic setting" (John 6,70).The reference to the Eucharist is not coincidental, as the apostle in question reappears at the Last Supper of the Lord: “Jesus was deeply troubled and testified, “Amen, amen, I say to you one of you will betray me  […] It is to the one to whom I hand the morsel; after I have dipped it. So he dipped the morsel and took it and handed it to Judas, (John 13,21.26). It has been observed that in ancient Christianity the same Greek term that John used for “morsel” was used to designate the consecrated Host; "Loyalty to or betrayal of Christ are thus played out in our relationship with the Most Holy Body and Blood of Christ, present in the Eucharist.”

Why did Judas persevere in his traitorous behaviour? "Why did he remain, up to profanation, in the Cenacle, to fulfil that eucharistic promise, which Jesus had made on the Sea of Galilee?" The answer, according to Don Carlo, can be found in the words of Benedict XVI who pointed out that Judas did not stay with Jesus out of love, let alone out of faith, but for revenge. "Judas felt betrayed by Jesus, and he decided that in his turn he would have betrayed him. Judas was a zealot, and wanted a triumphant Messiah who led a revolt against the Romans. Jesus had not lived up to these expectations.”

The homily came to an end with an exhortation never to make the mistake that Judas made, that is, to be disappointed by the fact that God is not how we imagine or desire him.

Before the blessing, the guardian of the Basilica, Fr. Benito Choque invited the assembly to pray for all those who are still fighting the virus of Covid-19 and for peace "not only in Ukraine, but everywhere where there is injustice and violence." 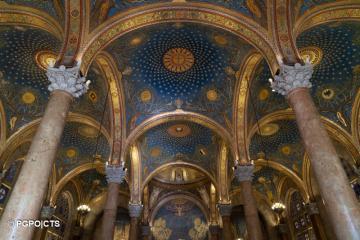 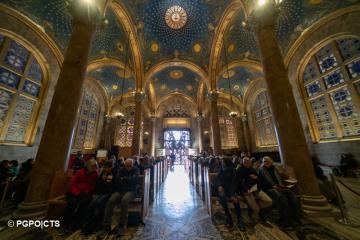 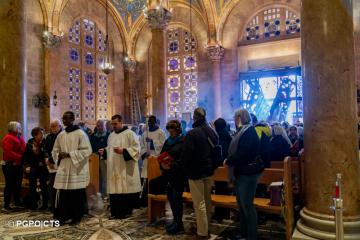 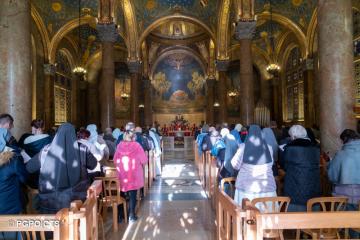 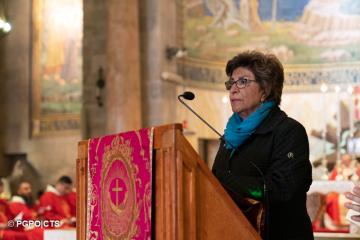 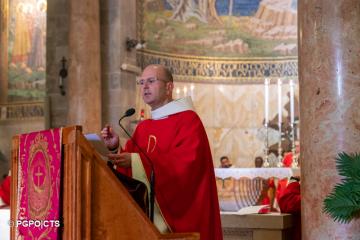 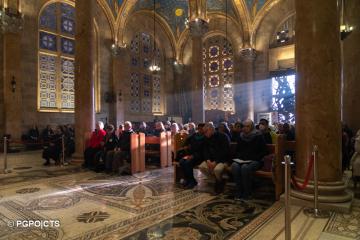 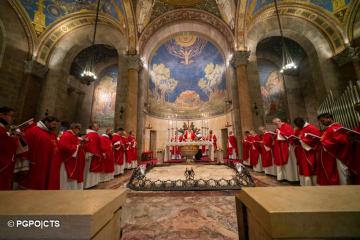 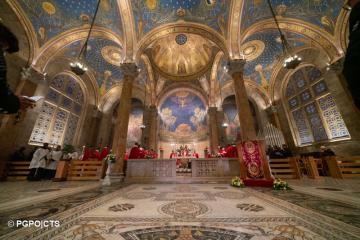 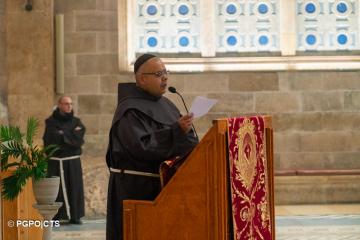 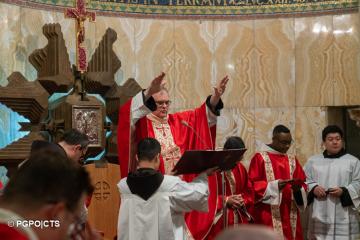 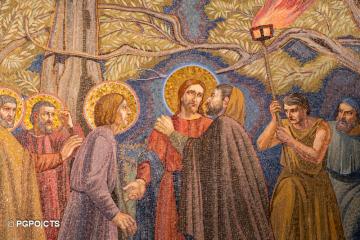