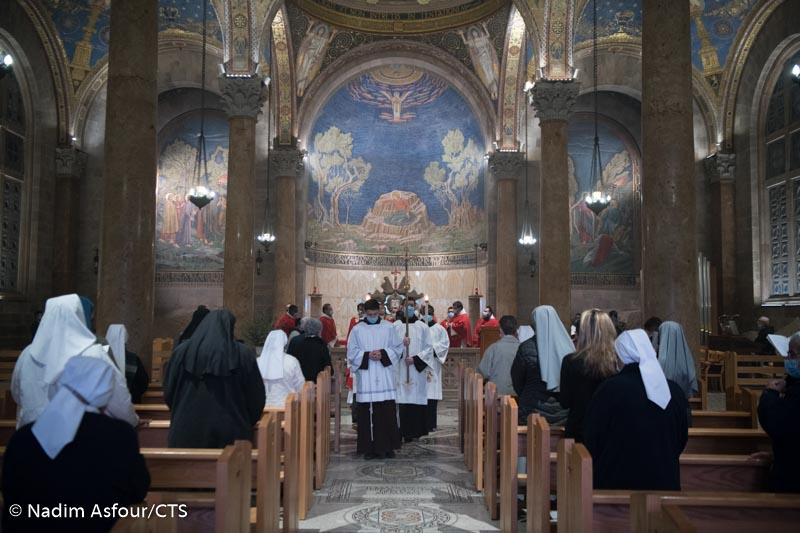 The second peregrination of Lent took place on Wednesday, 10 March, at the Basilica of Gethsemane, known as the “Basilica of the Agony” or the “Basilica of all the Nations”. It is here, according to tradition, that the agony and the prayer of Our Lord in preparation for his passion  is commemorated.

The present-day Basilica, the building of which started in 1919, was consecrated in 1924 and stands on an axis placed at the meeting point between the perimeter of the Byzantine church found during the works for the new Shrine and the Crusader church dedicated to the Most Holy Saviour. An olive grove full of very old olive trees stretched between the Grotto of the Betrayal and the Rock of Gethsemane and some of them have been enclosed within the entrance of the Shrine. As a recent study confirms, the oldest olive trees come from an even older strain, probably contemporary with Jesus.

The Eucharistic celebration was presided by Donaciano Paredes Rivera, master of the theology students who live in the St Saviour Convent. The homily was again pronounced by Father Łukasz Popko, a Dominican and lecturer at the École Biblique et Archéologique Française in Jerusalem, who has been chosen to accompany the Franciscans with his preaching throughout Lent. In his comment on the readings, Father Łukasz dwelled on the similarities between the time of the Transfiguration and that of the Agony, described by the passage of the Gospel of the day. "There is something in common between the mystery of the Agony and the Transfiguration: we find the same disciples, a mountain and a dialogue with the Father appears,” Father Popko commented. "Here, though, there is something very interesting, a particular gesture: if we read Mark’s Gospel, it is clear that Jesus usually prays alone; nobody can hear his words. The Agony, contrary to the Transfiguration, is the time of a revelation of another kind and fir this reason he involves the disciples in his prayer: not in the light, as during the Transfiguration, but at night.

Here, Jesus reveals that his communion with the father is still deeper than it appears."

The preacher’s words in this particular spot encountered the intention of the architect Antonio Barluzzi, who wanted the Basilica of Gethsemane, with its particular architecture and its windows of pale blue alabaster, which create an atmosphere of semi-darkness, to recall this moment in the life of Jesus and be an invitation to a profound dialogue with God the Father, in order to relive the moment of Jesus’ deep communion that night.

In another point, the homily spoke of the final abandonment of Jesus, after his prayer to the stone which is in the centre of the Basilica and on which it is founded. "This stone that we can see under the altar is special: each of us must come personally and say  ‘may thy will be done’, like Jesus, and there is nobody else who can do it in our place. If we think about it, all our prayers and liturgies are reduced to this ‘may thy will be done’, ‘I put myself in your hands’.“

In conclusion, Father Popko emphasized that the deepest evangelical message that we can bring to the world is celebrating  what happens on this night  described by the Gospel, that is, the full communion of Jesus with the Father, as well as his acceptance in full of the will of his Father: this is not a night of solitude, but a night of Gospel.

"In this commemoration of the passion of Our Lord Jesus Christ, the Franciscan fraternity wishes to thank all of you who are present, even if there are not many of us,” the Superior of the convent, Fr. Benito Choque, said. "It is important to keep praying in these places where the Lord shed his divine blood for our salvation. May our prayer be united with the sufferings of Jesus and be of intercession for the whole of humanity, particularly in need in this period of suffering and uncertainty.” 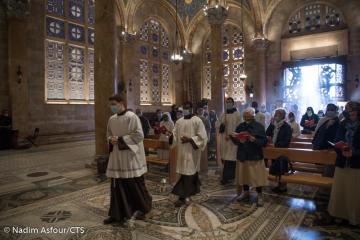 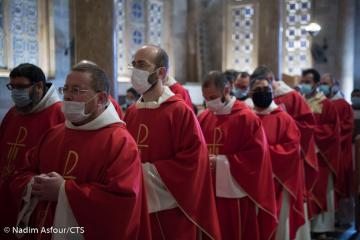 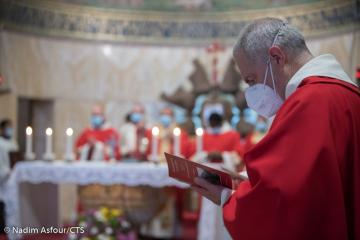 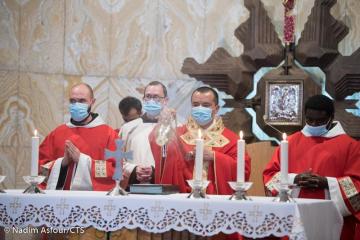 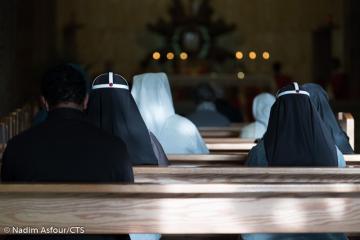 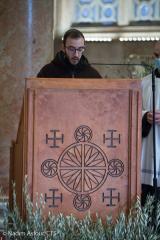 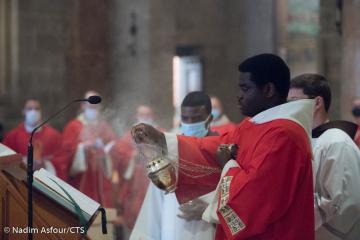 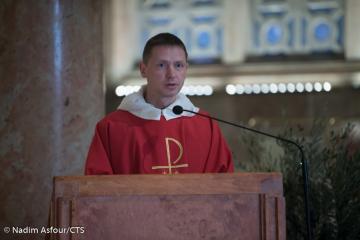 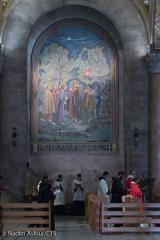 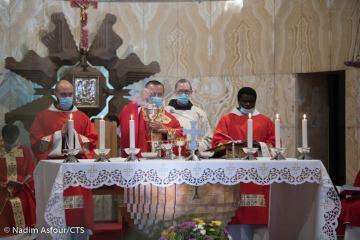 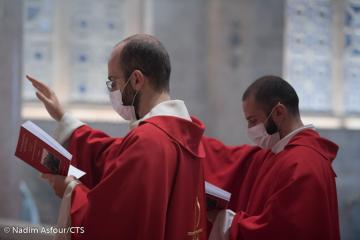 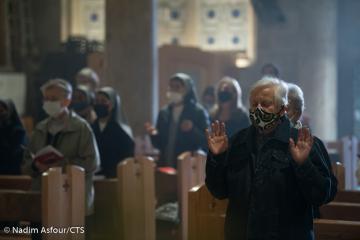 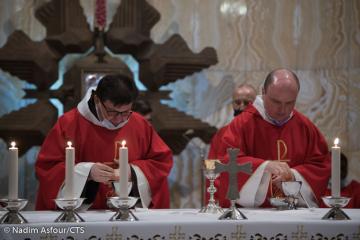 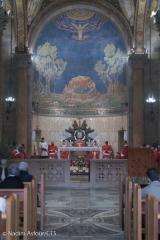 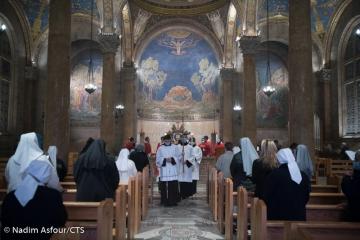 Holy Wednesday: the memory of the suffering of Jesus in preparation for the Triduum