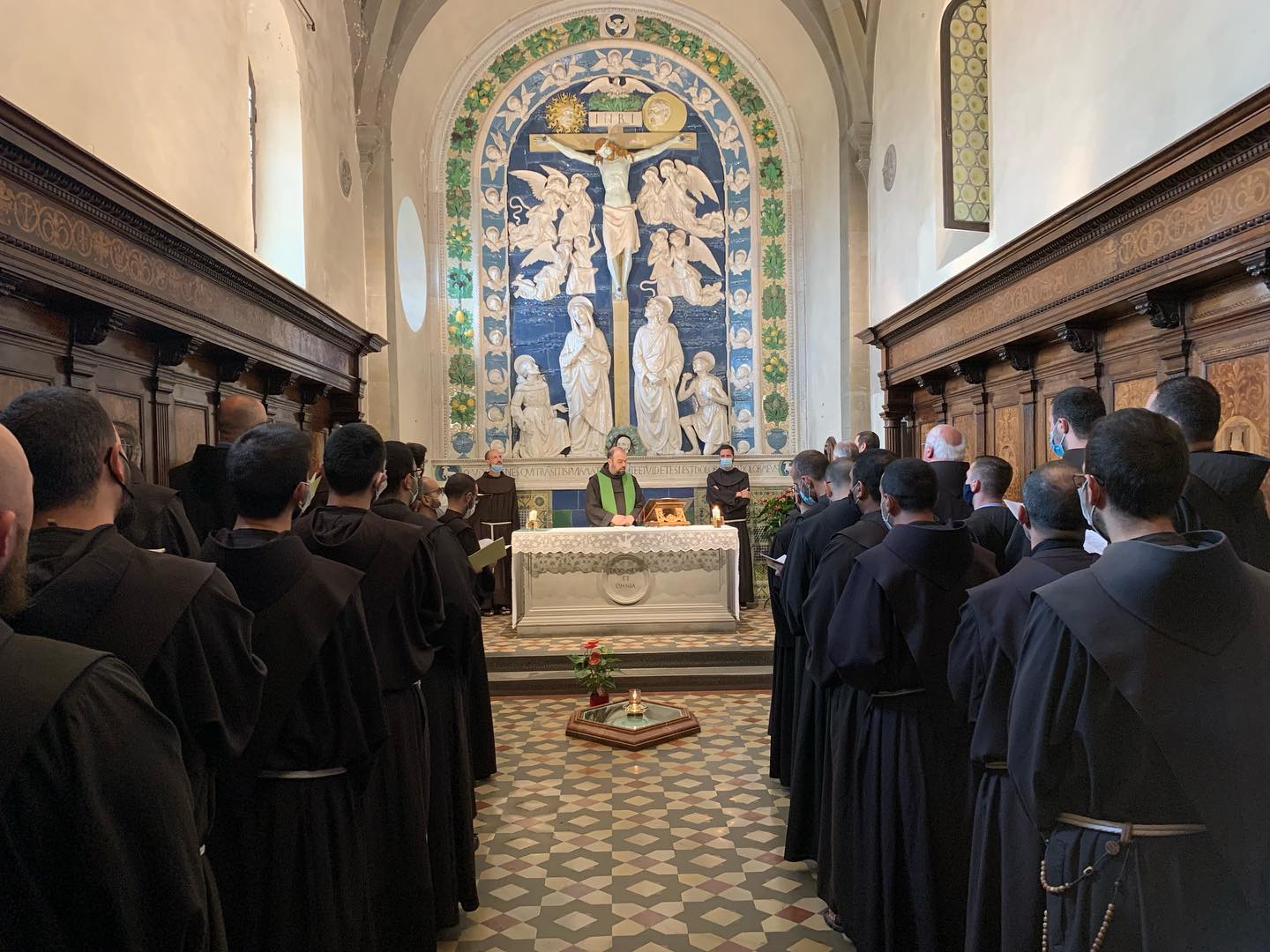 The month of September is important for the Franciscans in formation. In this period two significant events take place: the ceremony of vestition to enter the novitiate and the first profession of the vows which brings the so-called “trial year,” the novitiate, to an end. These are two of the decisive steps to enter the status of religious in the canonical sense. There are two dates this year: Saturday 4 September, the day of the first profession of eight novices in La Verna (Tuscany-Italy), in the hands of the Minister General, Fr. Massimo Fusarelli, and Sunday 5 September, the day of vestition for eight other postulants of the Custody of the Holy Land, which took place in Montefalco (Umbria-Italia).

During the celebration of 4 September (https://fb.watch/7PgbcthZ5Y/), the Minister General spoke of the importance of life in its completeness, not divided into a “before” and an “after”, but made unique and united by the Love in Jesus Christ. "Francis tells us that Christ was everything for him; his body laid on the bare ground means that he did not need anything else,” Fr. Fusarelli said in his commentary on the Gospel. "Francis perseveres. But how is it possible to persevere for a whole lifetime? You profess for one year, but in your hearts, please profess for your whole life. Because Love is not a trial, Love is everything.

It is possible to persevere in this yes that you say today, if you remain pilgrims and strangers, as Francis tells us; do not imitate the style of those who have a permanent place of residence, but  always be on your way, in the freedom of the Gospel, which is the fruit of faith, hope and charity and therefore the fruit of Love.”

This celebration is linked to the one held on Sunday 22 August in the Holy Land, where a Franciscan friar made his first profession in the hands of the Custos of the Holy Land, Fr. Francesco Patton,at the church of St John in Ain Karem. "Professing wanting to embrace our life means publicly confessing wanting to “follow the teaching and the footsteps of Our Lord Jesus Christ” (Rnb 1,1) and wanting “to observe the Gospel of Our Lord Jesus Christ living in obedience, without anything of your own and in chastity» (Rb 1,1)", Fr. Patton recalled during his homily. "This is possible only if we have discovered who Jesus is and that only Jesus has words of eternal life, i.e. words that reveal to us the full meaning of our life and a dimension of eternity and fullness that we do not find in any other word and in any other relationship. This is possible only if we have discovered that outside this relationship there would only be emptiness for us now."

The novices of the Custody of the Holy Land, like those of other Italian Franciscan provinces, spend the year of novitiate at the Shrine of La Verna in Tuscany (Italy).In this place dear to St Francis of Assisi, the Lord was to impress on the flesh of the saint from Assisi the wounds of His Passion and he appeared to him as the “seraph of the crucifix” on the days close to the feast-day of the Exaltation of the Holy Cross of 1224. Since then, we have celebrated the feast-day of the Stigmataon 17 September, to remember how Francis of Assisi became the living image of Christ.

The La Verna Shrine stands on a rocky spur 1128 metres above sea level, surrounded by woods of centuries-old beech trees. It embodies, in its beauty and isolated position, the quest of St Francis for places where he could be close to the Lord, far from all temptations and distractions. For the novices it is a place where they can live the dimension of a deeper and reserved prayer and enter into contact with the original spirit of Franciscanism intensely for one year: “leaving the world” to enter into deep connection with Jesus.

Contemplation, work and apostolate: these are the three dimensions of the Franciscan charism which the novices experience. After the year of aspirandate (the first contact with the life of fraternity), which takes place in the convents of Bethlehem and Harissa (Lebanon), and the postulate in Montefalco (Italy), the novices are able, in the setting of the Franciscan convent of La Verna, to confirm their call to follow in the footsteps of St Francis, measuring themselves up to their humanity and experience of Jesus. 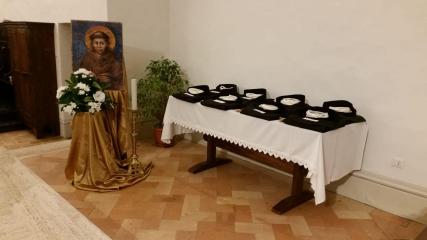 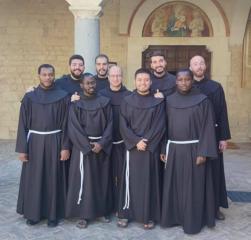 “Fratelli tutti”: an invitation to reform society in the light of integral ecology