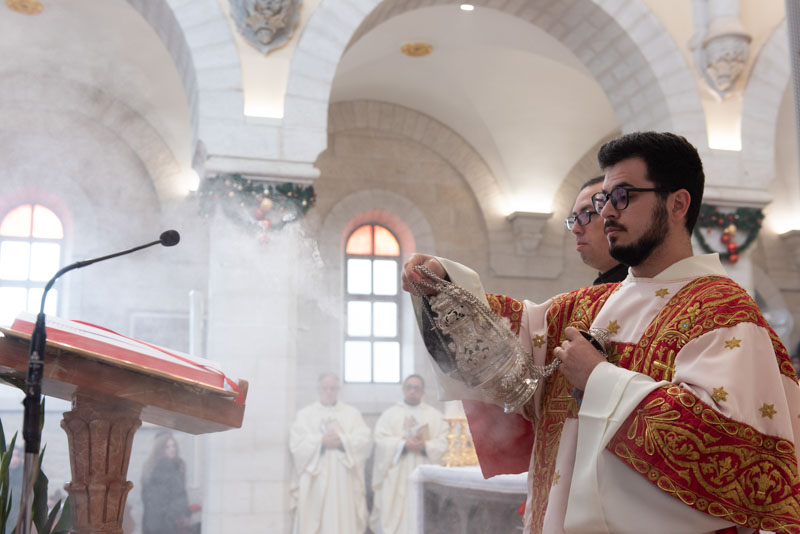 "I was not the best of my cousins,” says Fr. Eduardo Masseo Gutiérrez Jiménez speaking of his vocational experience, “but I am the only one who has persevered on the path of consecration and, soon, of presbyteral ordination.” Fr. Eduardo Masseo, 27 years old, from Mexico, speaks about himself two months before the presbyteral ordination and his move to Salonica (Greece) for a Degree in Byzantine Theology with a specialization in history and archaeology.

How did you arrive at the Order of the Friars Minor?

In the first place, I have to emphasize that I come from a religious family: we have six priests in the family and one of them, my uncle will be ordaining me a priest in August in Mexico.

My first experience was in the seminary at the age of 11. They called it "SemFa: Seminary in Family” and consisted of having the experience of the seminary at the weekend, but living at home during the week. After my fourteenth birthday, I started to think about the convent and, through a programme on TV, I learnt about the Franciscans: funnily enough, the person who spoke was Fr. Eduardo Sánchez Vélez, who is now performing his service at Gethemane and who comes from the same town as me. I applied to enter the Custody at that age.

The Custody refused my request because I was too young. This is why I decided to contact the seminary of the Augustinians that my father, my uncles and several of my cousins had attended: from 1955 to 2009 there has always been someone from my family there, even though – continuing the discernment -  some did not carry on along the path to the priesthood. I was not the best of my cousins, they were certainly more religious and suitable, but I am the only one who has persevered on this path.

At the seminary I did not feel that the path was right for me and this was confirmed in the constant contact with the Franciscans. The two seminaries were close to one another and we shared a large football pitch, where we would often play together. In addition, over the years, we often did several retreats together and all this slowly rekindled my initial desire to approach the world of the Franciscans.

After the third year I was expelled from the seminary because I was not made for that life and I clearly recognize in this episode a sign from Providence: although knowing that that was not my life, I know that I would never have voluntarily left the seminary and effectively it was not easy to cope with the following period, I remember that I suffered a great deal. Immediately afterwards I contacted the friars of the Custody and after the necessary period of discernment, I went to Italy to start my training.

What attracted me the most about the friars was the fact that they wore the robe. In Mexico, it was prohibited to wear it in public until 1992, the year when the country started to have diplomatic relations with the Holy See. Now, although it is no longer obligatory by law, it continues to be a deeply-rooted habit, therefore very often no type of religious dress is worn.

When I left the seminary I realized that my vocation was Franciscan. However, from the very start, I felt that it was not in Mexico. Not because I did not love my country, I am proud of being Mexican, but ever since I was small, I have been attracted by everything that is different from me, including at a cultural level. I wanted to know something that was outside my everyday life.

I have always wanted something “more,” I have never been able to make do with the things of my life. Here at the Custody I have found the answer to what I was looking for. I don’t know what will become of me in the future but until now, I am unable to list all the gifts that I have received here and  I feel more than gratified in this place, even though the desire to know new things continues.

I always have new projects which I get carried away in and I think they are necessary to let me relish life. I am pleased with the way I live and I try to  let Providence act in every project that I carry out.

Let’s talk about your relationship with God on your journey...

I think that God appears in ways that often you do not expect:  2009, for example, marked my life and a day does not go pass without me remembering it with affection and sorrow. God finds the strangest ways to make you understand what your path is. The year of aspirancy in the Custody was a nightmare for me; I thought of leaving and going home many times. However I continued to say to myself that there had to be a reason for my being there and that I could not waste the opportunity that God was offering me. My story has always been marked by a struggle which, in the end, is solved with a light that helps me and makes me carry on and it does so in fraternity, my great and eternal help. Without a mirror in which I can see myself and which helps me to walk and understand my defects and my virtues, it would have been impossible for me to continue. It is there that I see the face of God revealed, not only in the Eucharist which is the pinnacle, but through the relationship and relations with my brothers.

Is there a piece of the Scripture or a Biblical character you feel very close to?

The figure of Peter has always attracted me for his contradictions: his greatness is the awareness of being a sinner and wretched, but I am also attracted by the Oriental fathers of the desert, more than anything. I am particularly close to the Oriental Churches and have great fondness for the Greek Church. In 2014 I lived in Athens, where I learned the language and I spent the following summers in Rhodes and Cyprus where in our fraternities I continued to study Greek and get to know the local churches. I am a lover of the Orthodox tradition and I think that for the Catholic Church it is important to discover the richness and the beauty of the Byzantine tradition. At some historical times we have forgotten about it and put it to one side, highlighting other principles.

In connection with this, tell me about the scholarship that you have won and that will take you to Salonica.

The scholarship consists of support for the studies on a Degree course in Byzantine Theology with a specialization. There are three options: Biblical-Patristic, Applied Theology and the one I have chosen, history-archaeology. Everything concerns that slice of territory which used to be called Asia Minor and the area of Constantinople, Smyrna and Greece.

Last year I chose Athens as my place of study, but I regretted it when I arrived. So I have decided to do this experience in the second place available which is the Aristotle University in Salonica.

How was the selection made?

Every year the Greek Ministry of Foreign Affairs offers a scholarship to each Church so that a student of each confession can go and study at a Greek university. For the Catholic Church, the Secretariat of State at the Vatican receives the request and sends the information to all the dicasteries so that each dicastery proposes a candidate. In their turn, the dicasteries send the curricula of the candidates to the Secretariat which chooses the candidate who will receive the scholarship  and then go to Greece.

I was the candidate of the Congregation for the Oriental Churches last year, I had already won this scholarship then but, because of bureaucratic problems, as soon as I arrived in Athens I realized that it would not have been possible to use it.  Cardinal Sandri, Prefect of the Congregation of the Oriental Churches, then wrote to the Secretariat of State explaining the reasons why I returned and asking them for their approval so that I could benefit from it the following year. When the Greek Government announced the scholarship again, my name was confirmed.

What does this opportunity mean for you?

Personally I think it will be an interesting experience. Although I was born in a country of the Latin tradition, I belong to the Custody now, which is present in a very large and varied area. I consider this opportunity given to me by the Holy See very important, but I think that it is given to the Custody and not to me. The essential thing for me is to be able to serve the Custody as best as possible. For us, friars of the Custody, who have such direct relations with the oriental world, I think that it is a sign of Providence from the Church for the Franciscan Catholic world. For me it is a gift that the Church offers us and it has to be appreciated as a treasure.

As a Franciscan friar, how are you thinking of coping with this journey?

To be honest, I think it will be a great challenge for several reasons. Not only for the study, guided in an “orthodox” way by the lecturers, but also because I will be living on my own for the first time: Salonica does not have a convent and so I will be staying at and will serve as chaplain in the building of the Apostolic Vicariate which currently is vacant and administered by the Bishop of Corfu, who visits once a month. I think that it will be a little complicated because it is the first time that I have lived outside a fraternity, but it will also be a challenge, a new world to discover.

In the light of your experience what would you say to someone who is looking for an objective for their life path?

When I was small, I was afraid of asking myself questions, I always grew up afraid of doing so, in particular with respect to religion. What helped me keep faith in my vocations was the freedom to question certain things about life and the Church. I believe that anyone who is looking for the truth and the will of God needs to ask questions without being conditioned by their own prejudices.

From my point of view, we must not even accept the truth of the Church as dogma that has fallen from heaven, but we have to accept it by conviction, not by tradition. We must not be afraid of asking ourselves questions; if you do not find an answer straight away, it will come and if it doesn’t come, you have to keep on asking questions which, in my experience, means putting things into the hands of God. 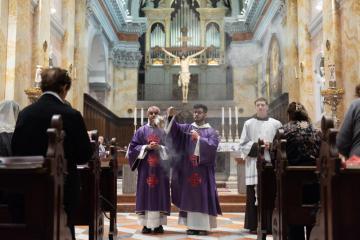 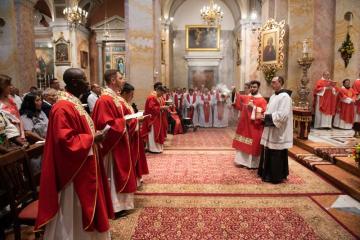 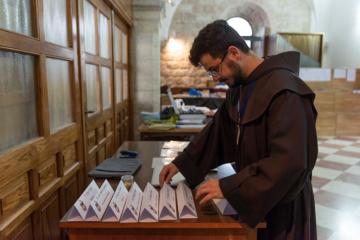 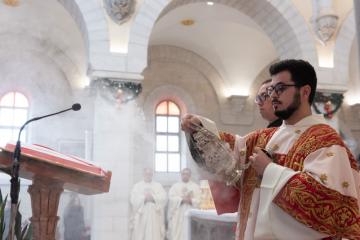