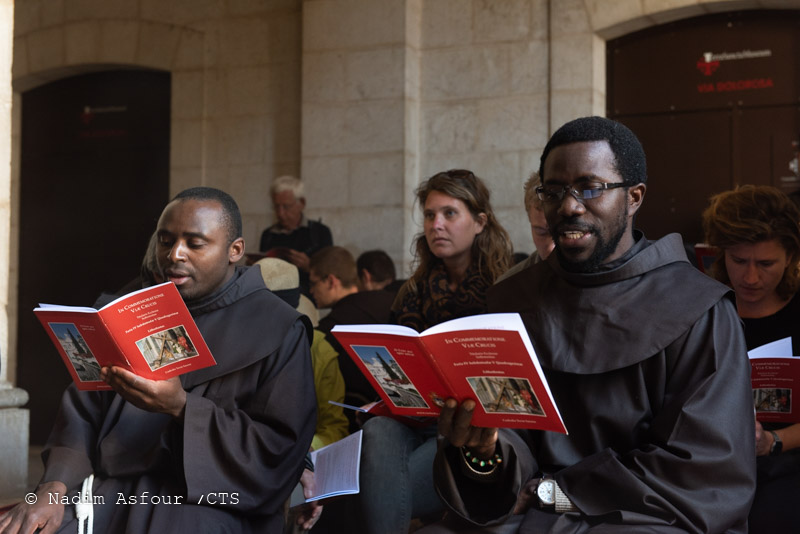 The fourth pilgrimage, which took place during the fifth week of Lent, was focused on contemplating the Lord’s condemnation in the very place that commemorates it: the Sanctuary of the Condemnation, located in the complex of the Monastery of the Flagellation in Jerusalem.

The Sanctuary was rebuilt in 1904 by Fr. Wendelin Hinterkeuser on the ruins of a medieval church, which was discovered years earlier and whose name is unknown. The new church was named after the large slab floor that can still be found under the Ecce Homo sanctuary, located nearby, both considered part of the Lithostroto. The Gospel story (John 18:28) attributes this name to the place located in front of the praetorium, where Pilate sat for Jesus’ judgment and from which the Lord went out carrying the cross.

“This place is an important part of the Old City of Jerusalem because the Via Crucis begins here,” said Br. Ramzi Sidawi, the Custodial Bursar, in introducing his homily. Since he was in this place, Br. Ramzi recalled a profoundly human Jesus: exposed to the crowd, innocent and condemned, rejected and humiliated, so as to recall his great faithfulness and his abandonment to the Father’s will. “Speaking strictly in human terms, this conclusion, the condemnation and the cross, are a total failure,” said Br. Ramzi. “But God has different logic, so much so that this event still evokes the question inside of us today: how do we follow Jesus?” The Lord, through these decisive episodes, sends the message that the right way to follow him is to open our hearts to what God wants to give us, even if it is humanly incomprehensible, and to proclaim it out loud.

“We ask the Lord to help us live through this time well and to come out stronger in the faith, so that we can proclaim him as the King of love, justice and peace, who lives out of the love he has for each of us,” concluded Br. Ramzi . 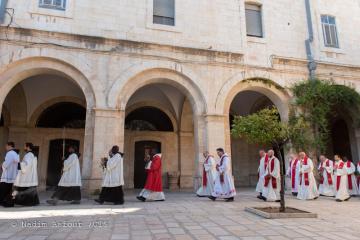 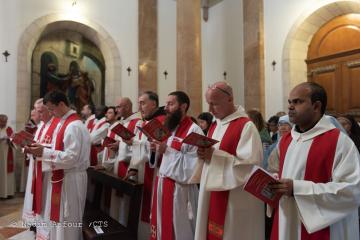 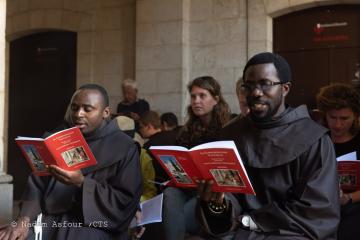 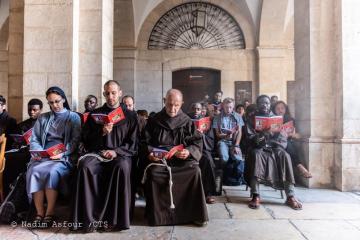 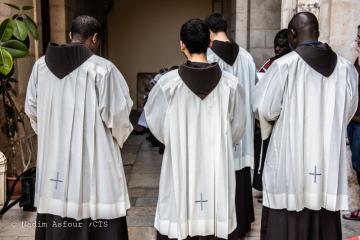 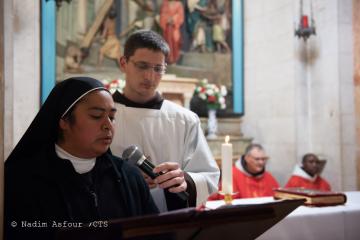 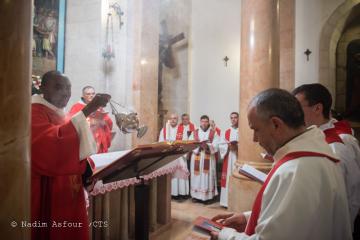 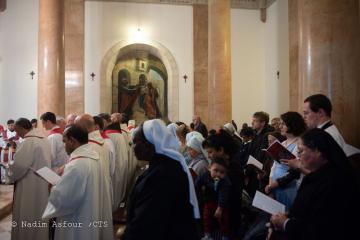 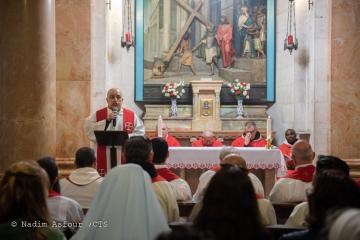 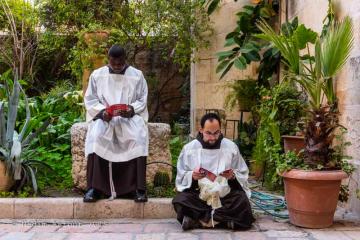 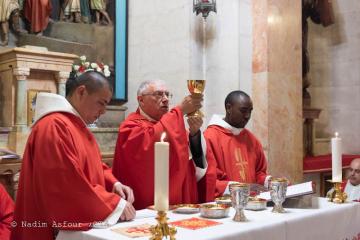 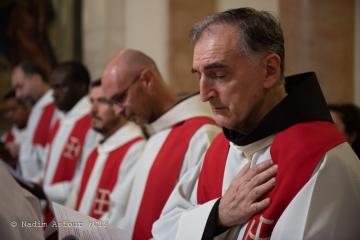 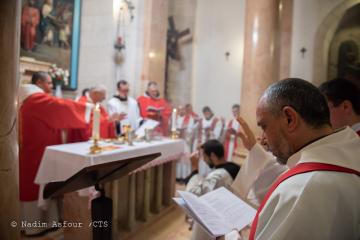 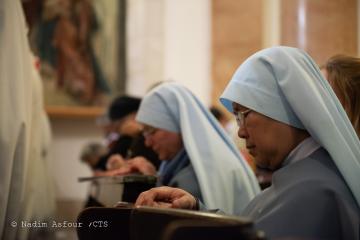 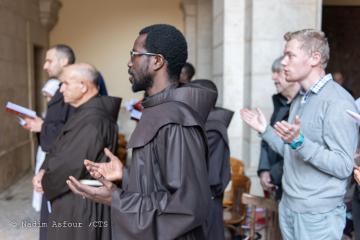 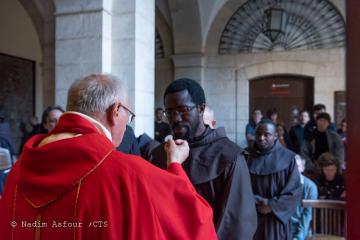 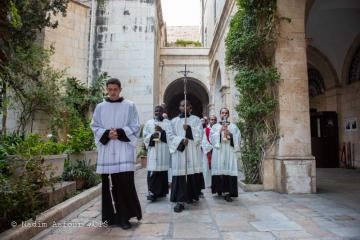 Ash Wednesday in the Basilica of the Holy Sepulchre in Jerusalem