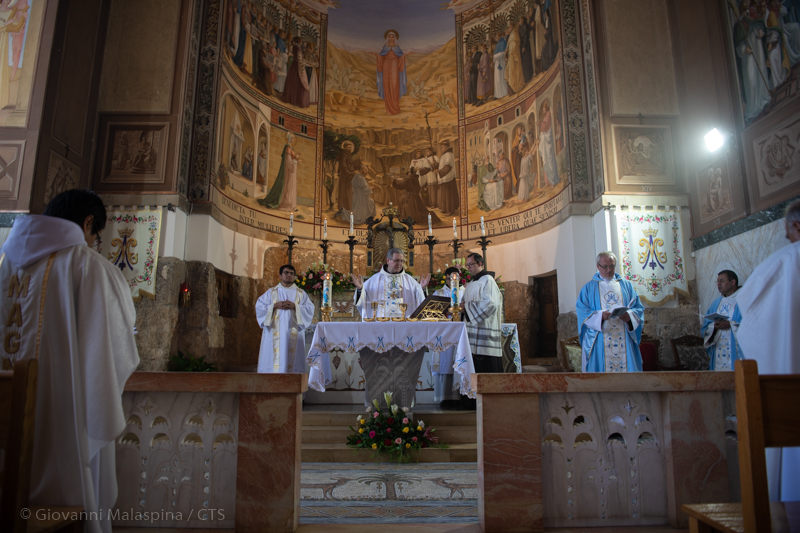 The feast of the Visitation commemorates the visit by the Virgin Mary to her cousin Elizabeth, after having learned that she was to become the mother of Jesus by the work of the Holy Spirit. The friars of the Custody celebrated a Solemn Mass on Monday 1st June in the village of Ain Karem, just outside Jerusalem, where this episode of the Gospel took place according to tradition.

The visit by the Virgin Mary to Elizabeth was for the first time situated in a different place from that of the Nativity of St John in the early 14th century, but the Franciscans of the Holy Land did not become its owners until 1679 and later had a new shrine built by the architect Antonio Barluzzi between 1938 and 1955.

As early as 1263 the Franciscan order celebrated the solemnity of the Visitation, extended to  the whole Church in 1389 by Pope Urban VI. This year, the Mass of the feast day was presided by the Custos of the Holy Land, Fr. Francesco Patton, in the presence of the Custodial Vicar Fr. Dobromir Jaztal and a few other friars and religious of Ain Karem.

In his homily, the Custos of the Holy Land wanted to summarize the message of the solemnity, starting from an unusual element: Mary’s feet. “The feet of the Virgin Mary are the feet of those who evangelize, of those who set off in a hurry to come from Nazareth to here in Ain Karem to share the joy of motherhood and the joy of the coming salvation,” explained Fr. Patton. “Thinking of the Virgin Mary who hurried to visit her cousin Elizabeth here in Ain Karem, the words of the prophet Isaiah came to mind : How beautiful on the mountains are the feet of those who bring good news, who proclaim peace, who bring good tidings, who proclaim salvation, who say to Zion, “Your God reigns!” (Isaiah 52,7)”. From there the Custos questioned those present: “We are called to evangelize, it is our Christian and our Franciscan vocation. What are our feet like? Can they move quickly or are they slow and lazy feet, maybe standing still in a place we do not want to move away from at all?” (the complete homily here).

After the Mass, the friars of the Custody went in a procession from the upper church to the crypt of the Visitation, where the relative passage from the Gospel was read.

“This year we have celebrated without the many faithful of the years in the past, but not without solemnity,” said Fr. Nicolás Marquéz-Gutiérrez, the Guardian of the Convent of the Visitation. We did it with great faith in the simplicity of the place, even though there is no Christian community here in Ain Karem. The shrine of the Visitation speaks to us of an existential and ontological joy, of the most profound part of the human being represented by the womb of Elizabeth and by the womb of Mary, Most Holy. It is a joy in which there is the encounter with he who can give meaning to suffering and death. In this particular time, let us remember the visit by Jesus to his people and Mary, the bearer of this salvation.” 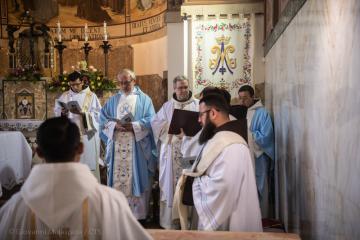 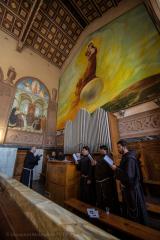 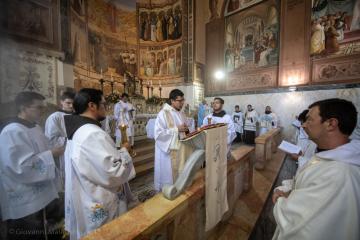 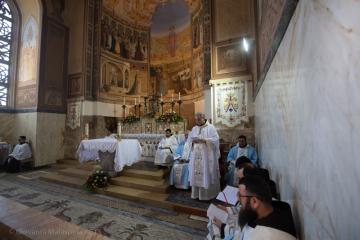 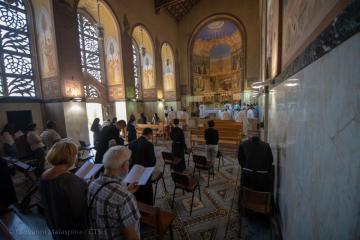 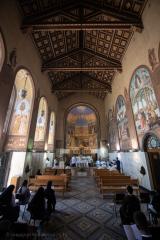 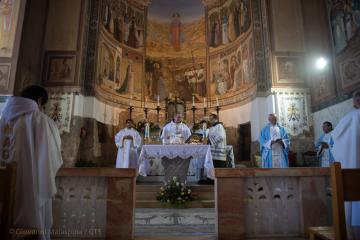 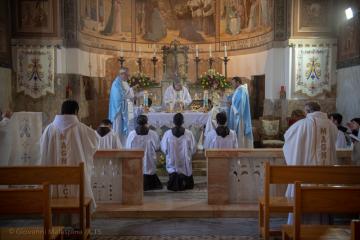 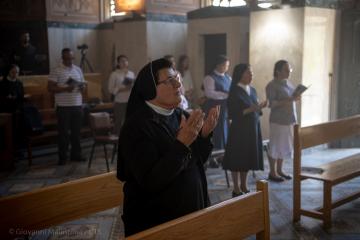 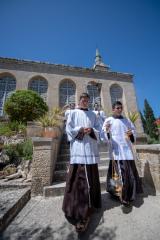 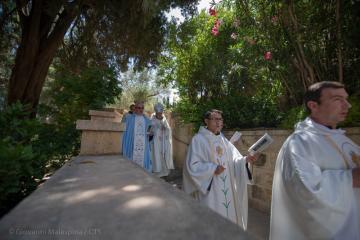 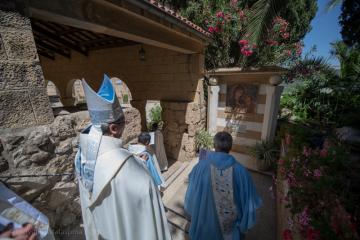 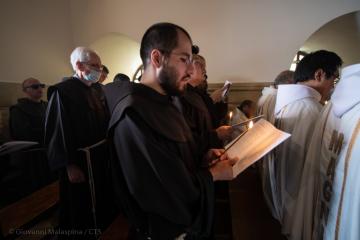 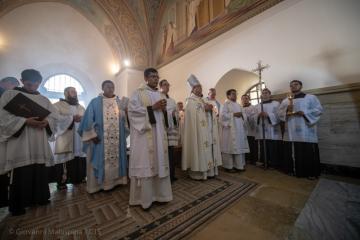 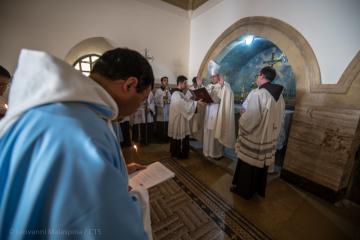 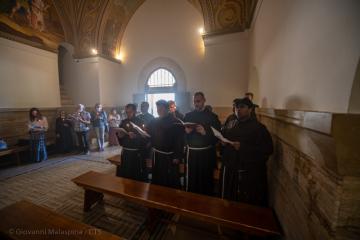 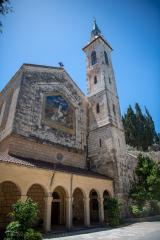 Ain Karem: God visited and continues to visit everyone