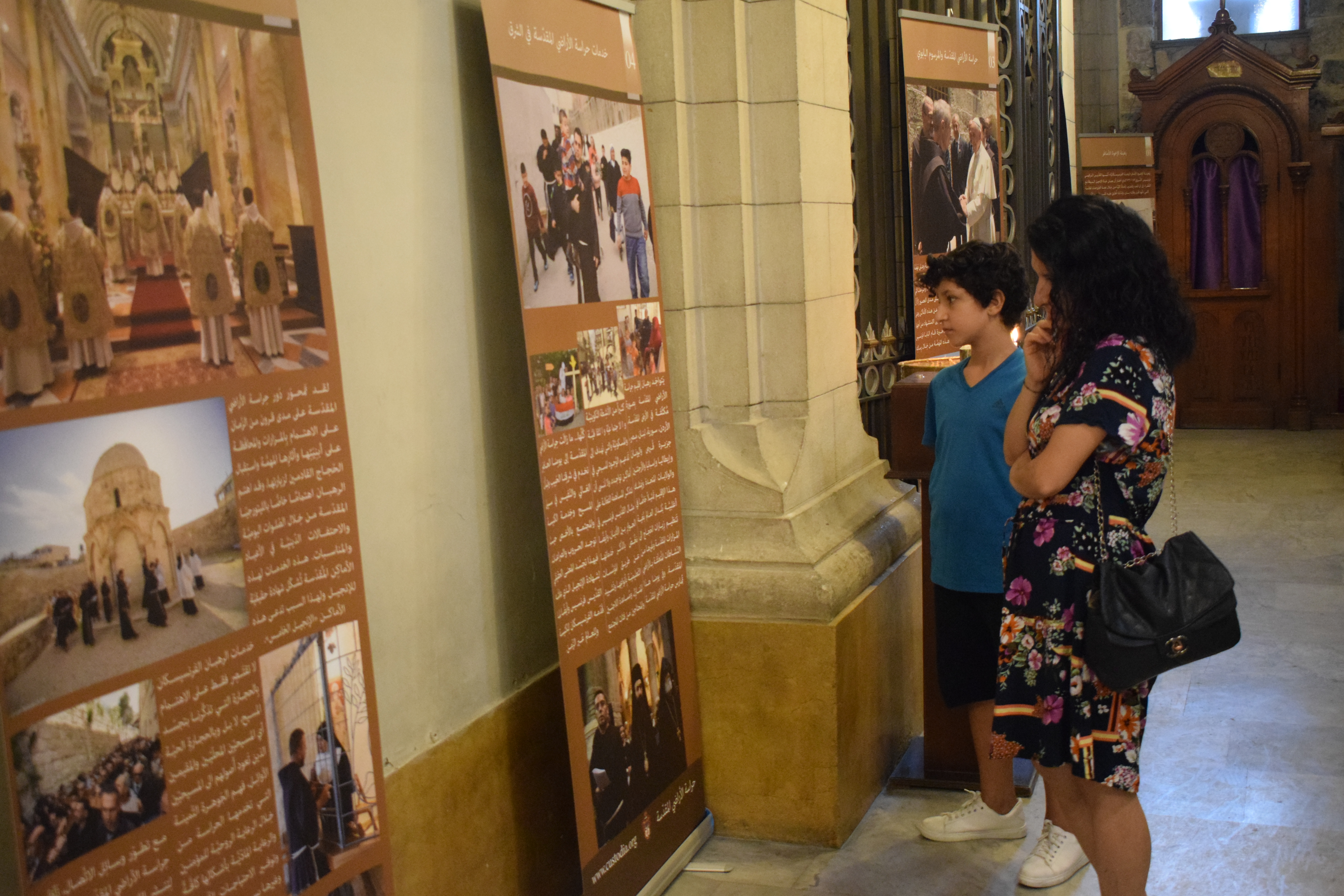 From Thursday 22 July until the end of September, several places in the Middle East will host a temporary exhibition on the history and the work of the Custody of the Holy Land, with a focus on the shrines. The exhibition, which is entitled “The land loved by Jesus” can be visited in a number of places in Syria, Lebanon and Iraq and will allow the local Christians to discover the Holy Places through the many photographs from the archives of the Custody of the Holy Land.

"This exhibition is an answer to the desire of Middle Eastern Christians who dream of being able to visit the land of Jesus, but for political reasons are unable to,” says Fr. Noor Tamas, from Iraq, who conceived the idea of the exhibition. "Many people do not have the possibility of looking for information about the Holy Places online, so our task is to try and bring a little of the Holy Land to where they live: this time we have decided to do it through pictures.” Supported by texts written in collaboration with Fr. George and Johnny Jallouf, the creation of the photographic exhibition started with reading various guidebooks and sources in other languages and then translated into Arabic. "We relied on the guidebooks that already existed, to then try and summarize them in our language. Our idea, however, is to propose to our people something they can assimilate materially and not only understand intellectually." After having defined the structure, the photos were identified drawing on the recent archives of the Custody of the Holy Land, with photos by NadimAsfour, Marie-Armelle Beaulieu, Giovanni Malaspina and Neva Gasparo, but also the personal or parochial archives of several friars, from Jerusalem, Syria and Lebanon.

Created as a small project bringing together photos of the Holiest Places of Christianity, the exhibition then expanded, thanks to the support and interest of the Terra Sancta Museum and the  Pro Terra Sancta association, to become both a story of the life of the Franciscans and a tool to announce the Good News. "After having started to work on the project, we decided to do a more complete job. This is why the first panels summarize the history of the Custody and of the Order and of St Francis himself, but also the tireless work of the friars in Syria, Lebanon and Jordan," continues Fr. Noor. "Telling the story of our life also becomes an occasion to announce to anyone who can hear the call to follow in the steps of St Francis and live our missionary charism.”

After the historical section, the exhibition focuses on the various shrines entrusted by the Catholic Church to the care of the Franciscans, proposed in chronological order following the most important events in the life of Jesus, from the Annunciation to the Resurrection, via the Visitation, the Birth, the start of the work of Jesus and his daily life in Galilee. "After the shrines, the heart of the exhibition, the last four panels offer an overview of the service of the Custody," says Fr. Noor. "The first is focused on the service of the Franciscans in the parishes in Lebanon, the second on the shrine of St Paul in Syria and the other parishes, the third concentrates on the memorial of Moses on Mount Nebo, in Jordan. The conclusive panel gives figures on the service of the Custody of the Holy Land: the number of friars, the number of homes rebuilt in the  different countries where the Custody operates, information on scholarships, students, community homes, parishes etc.”

"I am not alone on this journey,” Fr. Noor continues. “To allow the Christians of Lebanon, Syria and Iraq to have a material experience of the Holy Land as well, I am accompanied by a relic of the Holy Cross which will be worshipped in the different locations, including Qaraqosh, in Iraqi Kurdistan and  Baghdad.” 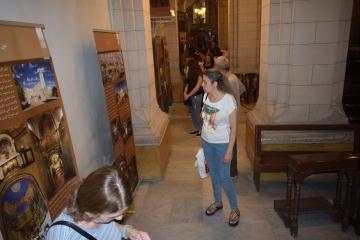 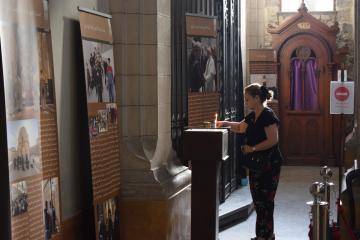 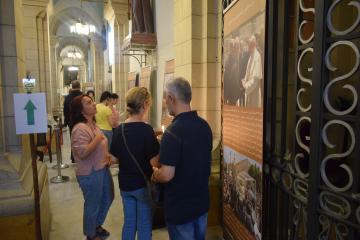 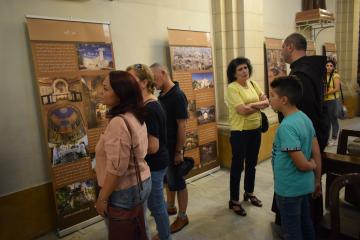 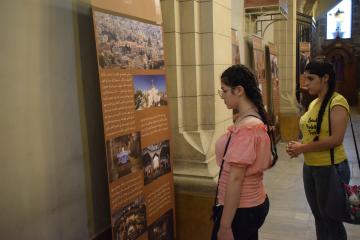 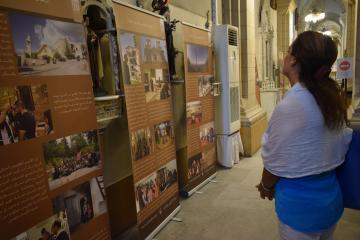 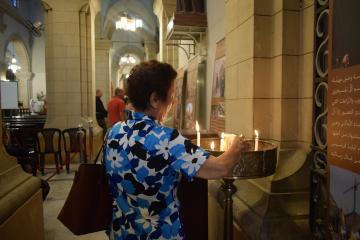 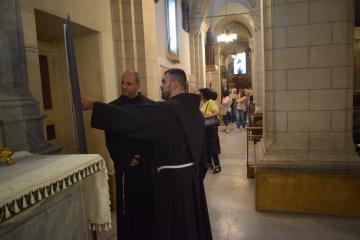 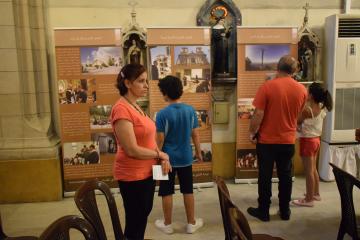 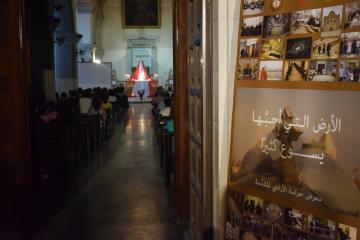 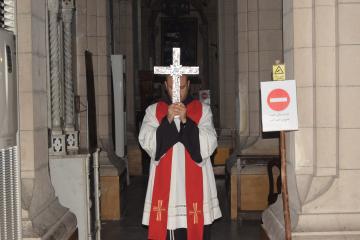 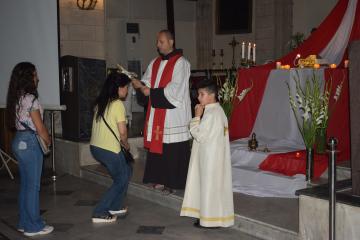 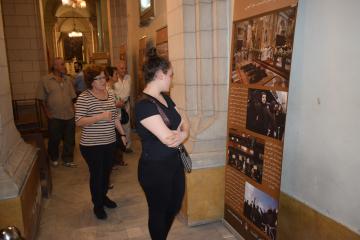