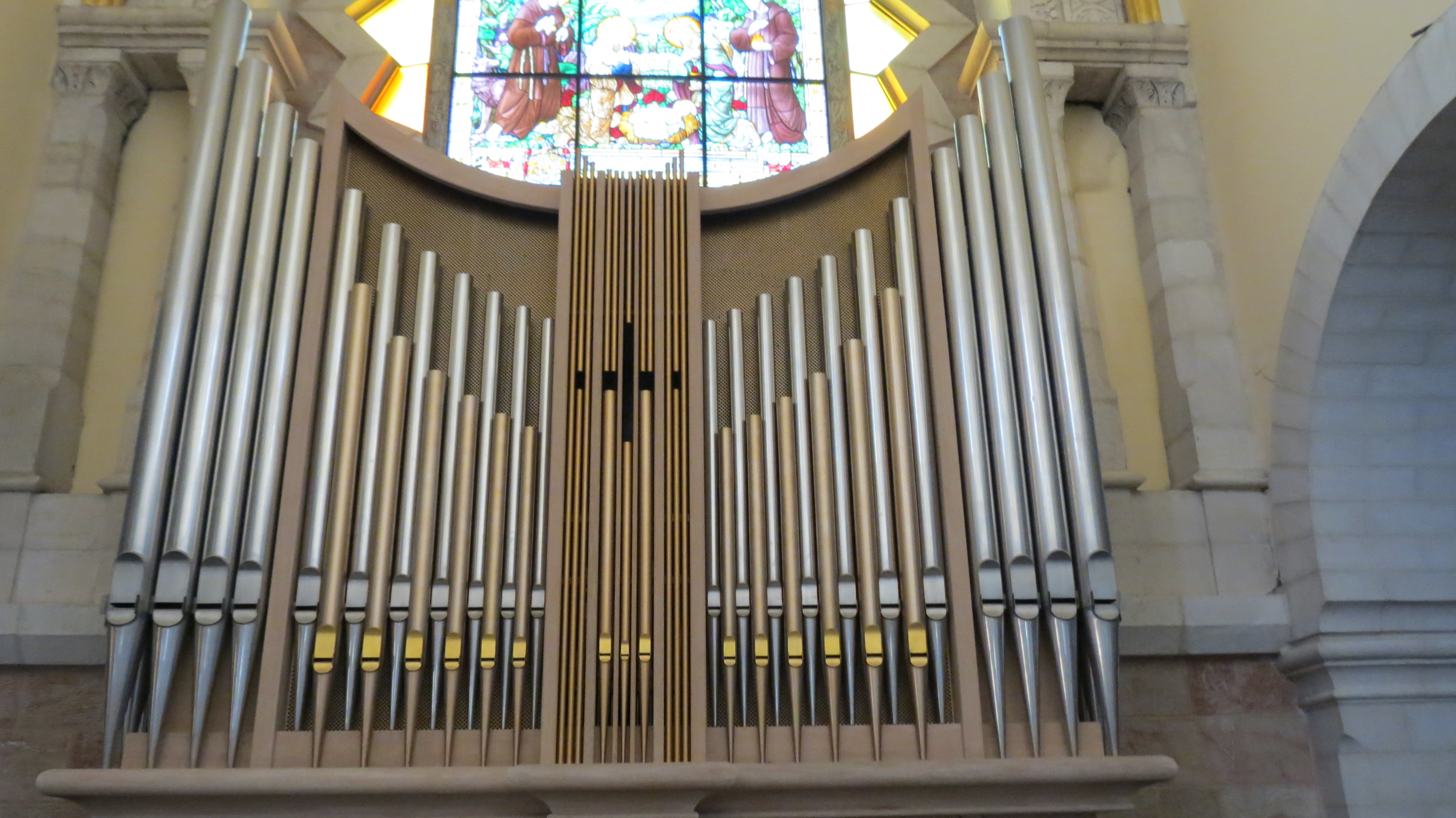 The eighth consecutive musical season of the Terra Sancta Organ Festival is to be inaugurated on Tuesday 5 October 2021, with eight concerts until 15 October in Jaffa (Tel Aviv), Nazareth, Jerusalem and Bethlehem, after the preview on 26 September in the church of Emmaus El-Qubeibeh, on the feast-day of the disciples Cleopas and Simeon. The characteristic of the Terra Sancta Organ Festival is to take organ music into the shrines and into the churches where the Custody of the Holy Land is present. At time, this music is perceived here as part of an otherwise unreachable “Christian repertoire”, as the organs are almost exclusively in churches. Unlike last year, the doors will be open to the public, at the special conditions according to the health rules due to the pandemic, with the exception of the church of St Catherine in Bethlehem.

The concerts will still be available on the  YouTube channel of the festival and on the Facebook page, some of which will be streamed live. The complete programme can be consulted on the website www.tsorganfestival.org.

Because of the restrictive rules of entry to Israel for people from abroad, the musicians invited are all professionals resident in Israel, of national and international level.

“Until the very last moment we tried to bring organists from Europe in collaboration with their embassies,” the superintendent Fr. Riccardo Ceriani explained, “but after having seen the negative experience of other festivals which had to cancel all the guests from abroad, we decided to rely on the same musicians resident here who we already appreciated last year and that this year we will listen to live and not only in streaming. In addition there are some very important new features, starting from the participation of the German Peter-Michael Seifried, formerly the organist for many years o the Cathedral of Berlin and today  musical director and organist of the Church of the Redeemer in Jerusalem. There is something else that is important and new: for the first time in Israel we will be presenting a concert for organ and orchestra, with Yuval Rabin and the Israel Sinfonietta, on 12 October in the church of St Peter in Jaffa, thanks to the collaboration with the Italian Institute for Culture of Tel Aviv.”

What are the characteristics of this year’s festival from the artistic point of view?

“Some concerts will have a programme dedicated to specific nationalities,” Fr. Riccardo Ceriani explained. In the Basilica of the Annunciation of Nazareth the two concerts, organized in collaboration with the Italian Institute for Culture of Haifa, propose pieces only by Italian composers, some of whom are contemporary, as at the concert of 12 October already mentioned in Jaffa. In addition, on 13 October in Nazareth two Italian musicians will be performing: Lucia D’Anna, formerly cellist of the “La Verdi” symphonic orchestra of Milan and who now teaches cello at the Magnificat Institute in Jerusalem and Sr. Cecilia Pia Manelli, who teaches organ at the same Institute and is the organist of the Holy Sepulchre in Jerusalem.

For the first time, thanks to the collaboration with the  Czech House Jerusalem, there will also be space reserved for composers from the Czech Republic, on 7 October in the church St Saviour in Jerusalem, with the organist Alexander Gorin. In Nazareth on 6 October, at the end of the concert performed by the doyen of Israeli organists Roman Krasnovsky, the Annunciation Basilica Choir conducted by Firas Akkawi with Father P. George Lewett at the organ will perform pieces in Latin and Arabic.

The concerts in Israel and Palestine, “Holy Land Pipe Organ Weeks”, are only a part of the Terra Sancta Organ Festival: other concerts will be scheduled in Cyprus, in Jordan, in Lebanon, in Syria and on Rhodes (Greece), compatibly with the situation linked to the pandemic.