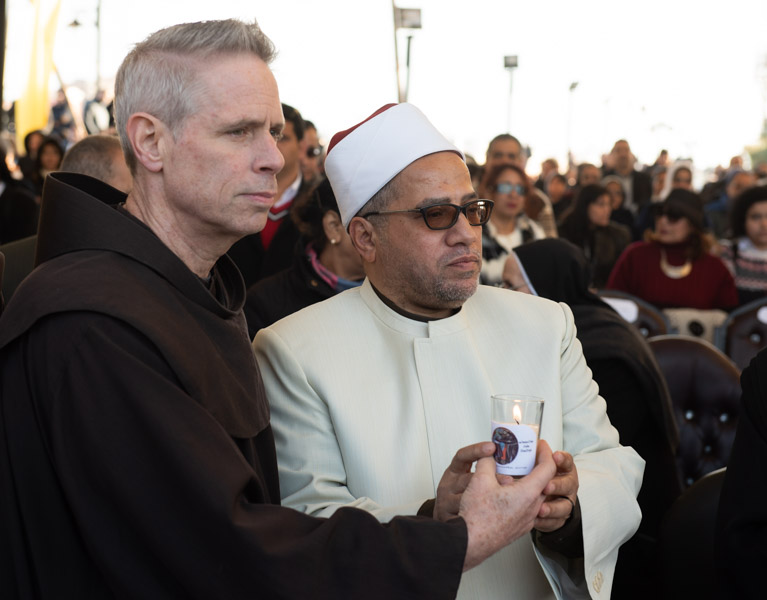 The celebrations dedicated to the eight hundredth anniversary of the meeting between St Francis of Assisi and the Sultan Al-Malik Al-Kamel, organized in Damietta and Cairo by the Franciscans of the Egyptian Province “The Holy Family” came to an end on Sunday 3rd March. The Egyptian setting directly evokes the meeting that took place 800 years ago between the Saint and the Sultan and which, even today, speaks to all those who have made dialogue and coexistence their everyday life.

The city of Damietta hosted the opening ceremony, which was attended by numerous personalities, including the Governor of Damietta Manal Awad Mikha, the Apostolic Nuncio in Egypt Mons. Bruno Musarò, the Minister General of the Order of the Friars Minor, Fr. Michael Perry, the Custos of the Holy Land, Fr. Francesco Patton, the Minister of the Egyptian Province “The Holy Family” Fr. Kamel Labib, the Custody Vicar and Visitor General of the Egypt Province Fr. Dobromir Jasztal, Fr. Kamel Labib, Ambassadors, local authorities, religious men and women from all over Egypt but also delegations of Franciscans from all over the world and lay people of every age and language.

The commemoration of the meeting in 1219  took place in the area of Ras El-Bar, in that part of the city of Damietta where the river Nile flows into the Mediterranean. The authorities present spoke in turn, accompanied by a performance by local Muslim and Christian children, who under the supervision of some French nuns, staged the meeting between the Saint and the Sultan. On this occasion, Fr. Kamel Labib, the Provincial Minister in Egypt, reminded those present how necessary it is to make the words spoken on this special day good practice, to start off again each day from this extraordinary meeting which at times is forgotten. The Damietta population, who attended the event in large numbers, were also warmly thanked.

The Special Envoy of Pope Francis at the celebrations of the eight hundredth anniversary, Cardinal. Leonardo Sandri, Prefect of the Congregation for Oriental Churches, called for Peace in  his speech, starting with the greetings that Arabs usually exchange:  “Assalam Alaikum” which means“May peace rest on you,” that peace which comes from God and which only He is capable of giving to the heart of man. “Today, we want to welcome,” said Card. Sandri “that peace which, we firmly believe, the Lord wants to give to the hearts of all of us who are gathered here and to the whole of humanity” with the same certainty that made St Francis set off who, as Sandri recalled, crossed the sea, reaching Damietta, “where opposite sides were facing one another in war.”

The commemoration ended with the exchange of some gifts and a brief prayer by the light of candles prepared for the occasion. “This meeting means everything,” Fr. Michael Perry commented, “because there is the encounter of God, the dignity of the person and that of the Created. It is the occasion to relive the original LaudatoSìand the Canticle of the Creatures and to rediscover that God is present in every person: it is not a religious question but it is about identity and the future of humanity. In this way, we discover the only real identity to which we are summoned: that of being children of God.”

On Saturday 2nd March, the University of Al-Azharopened its doors to welcome more than 600 guests, men and women, Christians and Muslims, religious (Catholics and non-Catholics) and students, for a lecture in the presence of a representative of the Grand Imam, Ahmad Al-Tayeb, the Grand Sheikh of Al-Azhar and other authorities of the University and from outside it. The speakers developed subjects both referring to the Muslim tradition and the contents of the declaration signed at Abu Dhabi. There was great joy in reliving the meeting of 700 years ago in Damietta, in the wake of the embrace between the Grand Imam and Pope Francis in Cairo, which they repeated in Rome and sealed in Abu Dhabi. "In the light of these meetings,” the Custos Fr. Francesco Patton commented, “I think that it will be fundamental for the future to create together occasions to study the joint declaration of Abu Dhabi and its essential points, in particular the common faith in God the creator and the dimensions of religious freedom and protection of minorities to then develop the area of actions where work can be done together for the good of all people."

The closing ceremony was held in the Cathedral of St. Joseph, the seat of the Curia of the Province of the Friars Minor in the heart of the Egyptian capital. The Pontifical Holy Mass was celebrated by  Card. Leonardo Sandri, who then gave those present the apostolic blessing on behalf of Pope Francis. "The meeting was a prophetic historical fact of that new world which we hope between all religions,” concluded Cardinal Sandri "made of peace, dialogue, understanding and never of violence, let alone violence in the name of God; a world which does not include terrorism and the use of force. We ask God for this, in union with the poor man of Assisi who came without anything, only with his body united with that of Christ.” 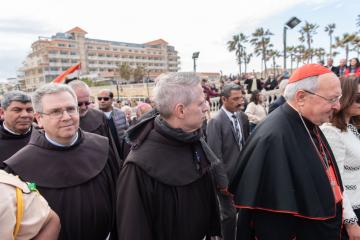 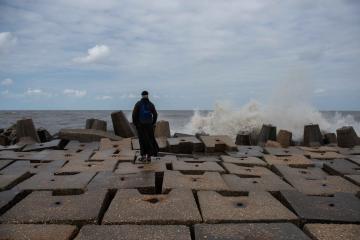 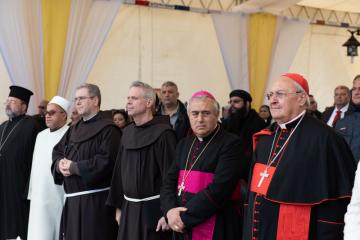 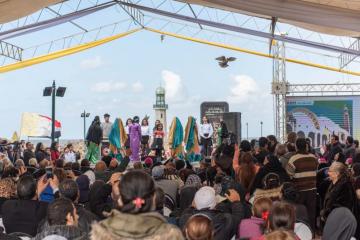 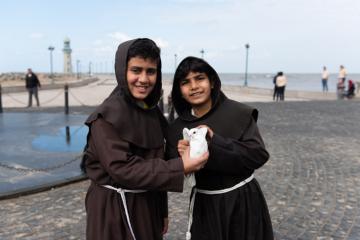 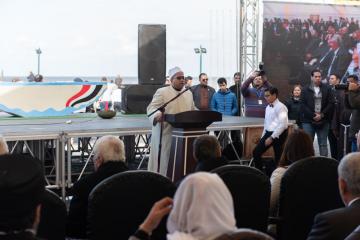 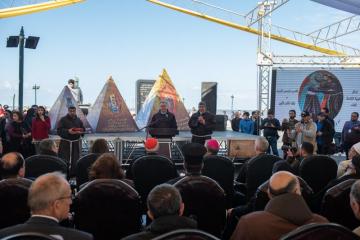 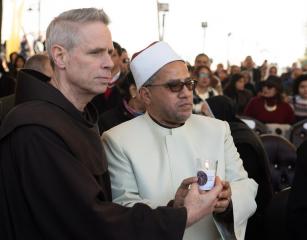 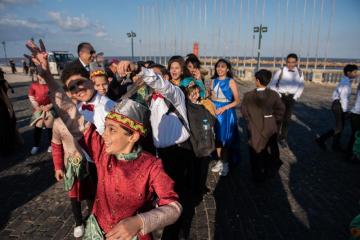 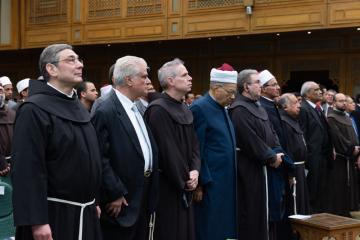 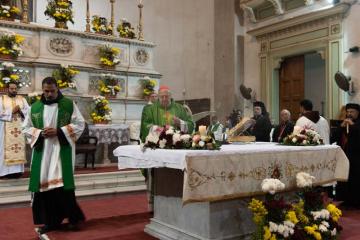 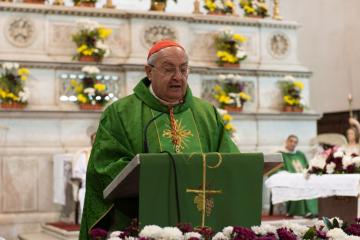