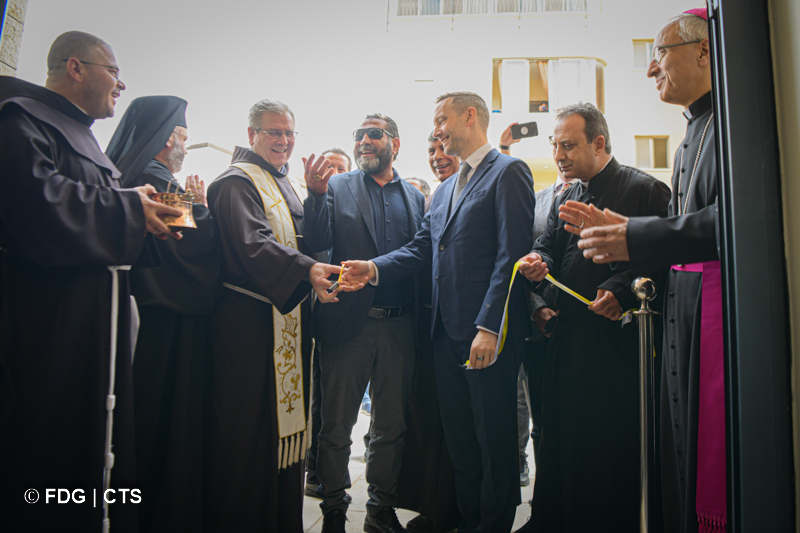 Ribbon-cutting moment at the inauguration

The Terra Sancta School was inaugurated on the morning of Tuesday, 22nd November, in Cana of Galilee after seven years of work. It is a new secondary school specializing in scientific subjects and will be run by the Franciscans of the Custody of the Holy Land.

The village of Cana, in Arabic "KafrKanna,"  is famous for being the place where Jesus performed his first miracle, narrated by the gospels (John 2, 1-11). Today, the majority of the population of this small town are Arabs, even though it is in Israel, and it has about three thousand Christian families, of whom 1,700 of the Latin rite, and is home to a sanctuary that has been looked after by the friars of the Custody since 1641.
The school is a building on three floors, with two wings, a hall for sport, a theatre, parish rooms for pastoral activities and, of course, classrooms and laboratories.

The inauguration of this building came seven years after the first stone was laid. Work in recent years was stopped twice, in 2017 and in 2020, to then resume without interruption up to the present day. The slowness in doing the work, net of the impediment due to the spread of the pandemic, was caused by the difficulty in finding funds. The school could finally be completed thanks to providential recourse to two sources of funding: the Good Friday collection, to which all the Christians in the world contribute, and the precious contribution of the Hungarian government, as part of its programme of aid for Christian minorities.

The inauguration ceremony of the school

The Custos of the Holy Land, Fr. Francesco Patton, and the Hungarian Secretary of Statefor its programme of aid for Christian minorities, Mr Tristan Azbej,were present at the inauguration ceremony; there was also the Custodial Vicar, Fr. Ibrahim Faltas, the Bursar of the Custody, Fr. Tony Choukry, the parish priest of the Latin church in Cana, Fr. HaitamFransoYaldaHanoand the Greek Melkite bishop Yusef Mattah. For the Latin Patriarchate the auxiliary bishop, formerly the patriarchal bishop of Nazareth, Mons. RaficNahara was present, while Ezdin Amara, the head of the local council, was present representing the local institutions.

The ceremony was opened in the school theatre and was led by the parish priest, Fr. Haitam, and the Franciscan, Sister Renée Moussa, the head of the school.

The speech of the Custos and the Grato Animo medal

Taking the floor, the Father Custos first of all greeted all those present and then spoke of the importance of building this school and its importance for the whole community and the young people who are part of it. Through the school as well, the Custody of the Holy Land expresses its closeness to the Christian minority, in the places where it is disappearing. “Thanks to God and thanks to the solidarity of all the Christians in the world, today we have been able to bless this building which will be operative from as early as the next school year and which we will fill with boys and girls who will do their secondary studies here, getting ready first for university and then for life.” Turning to the Hungarian official present in the theatre, the Custos then went on, "This school could not have been built without the special help given by Hungarythrough its programme of aid for Christian minorities. So I intend to express the gratitude of the Custody of the Holy Land by awarding Mr Tristan Azbejthe Grato Animo (from the Latin "with a grateful soul”) medal, as a sign of gratitude.”

The address of the Hungarian Secretary of State for aid to persecuted Christians, Tristan Azbej

After the ceremony of awarding the Grato Animo medal and the scroll, Mr Tristan Azbejtook the floor and thanked the attendees for the opportunity. In his address, the Secretary of State emphasized  how important support for Christian minorities all over the world was for Hungary, by virtue of the strong Christian identity that historically has characterized the Magyar nation: "The preamble of our new Fundamental Charter, approved in 2011, explicitly recognizes the Christian roots of Hungary.In this regard, the opening of the text says “We are proud of the fact that a thousand years ago our King, St Stephen, founded the state of Hungary on solid foundations, and  made our country part of Christian Europe. (…) We recognize the role that Christianity has played in preserving our nation.” Precisely for this historic legacy, Hungary is committed to helping Christians everywhere in the world and by virtue of this vocation we decided to make our contribution here, where Christ performed his first miracle.”

Cutting the ribbon and blessing of the building

At the end of the meeting, the Father Custos cut the inaugural ribbon and blessed the rooms of the school. After a short visit to the panoramic veranda, all those present gathered for a convivial lunch that brought the day to an end. 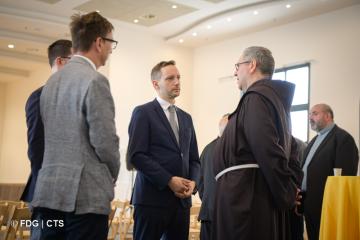 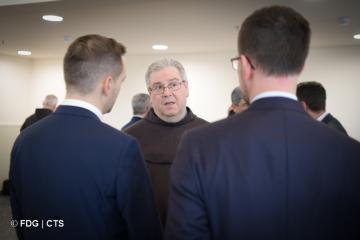 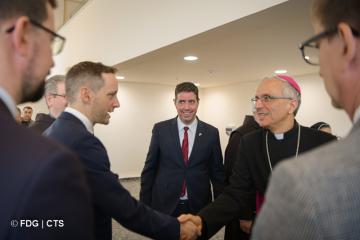 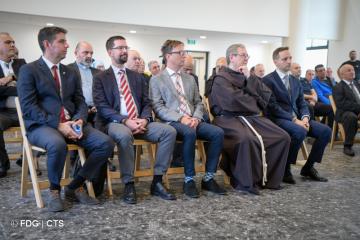 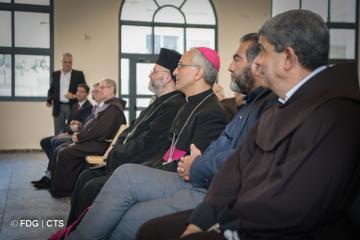 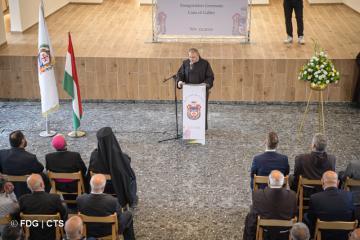 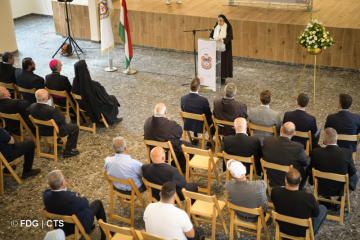 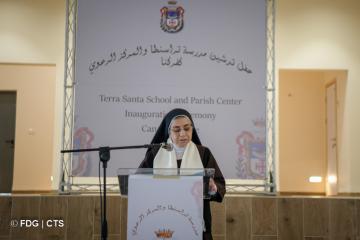 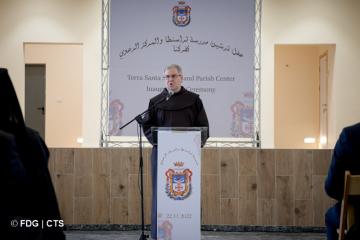 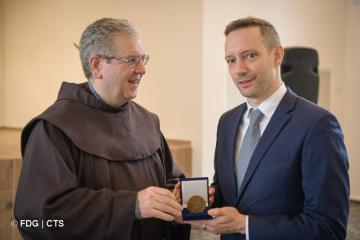 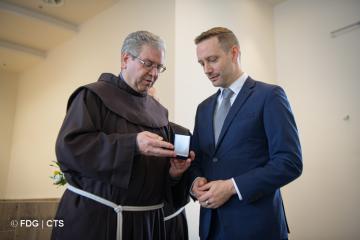 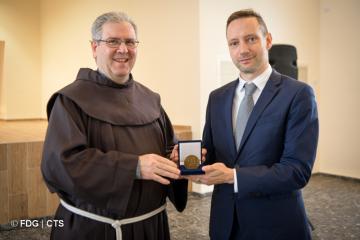 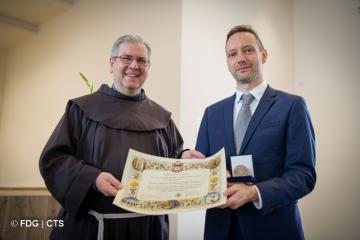 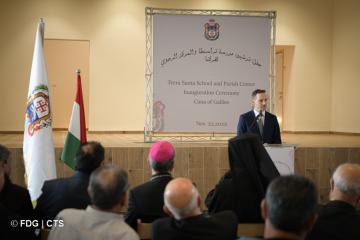 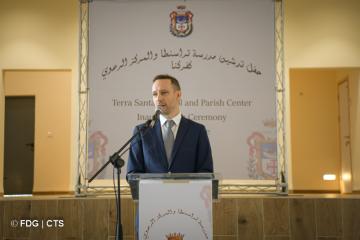 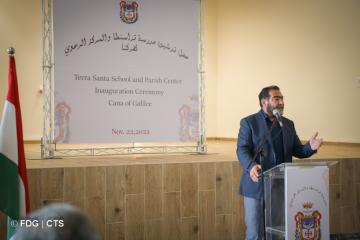 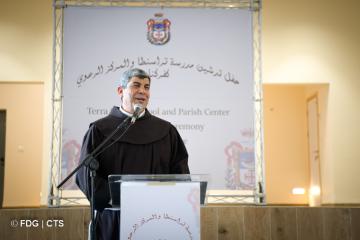 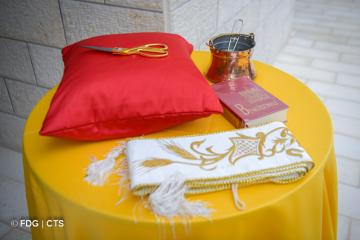 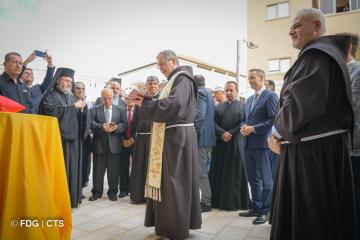 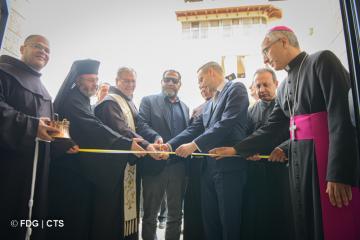 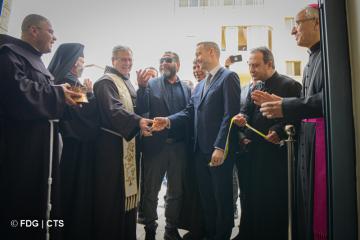 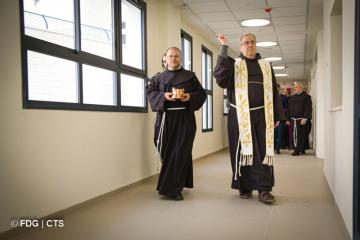 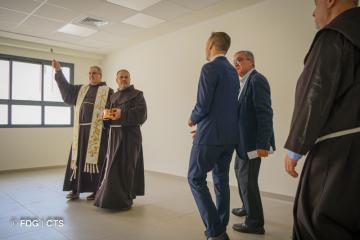 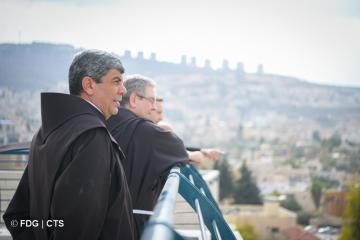 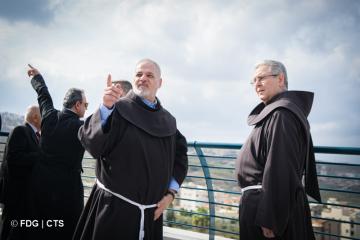 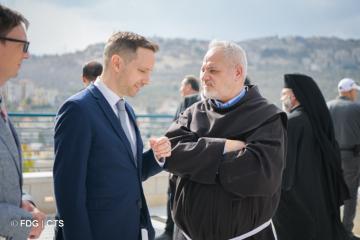 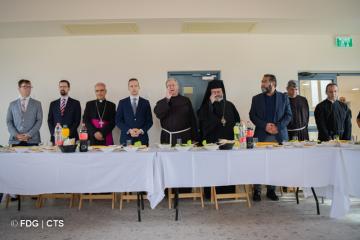 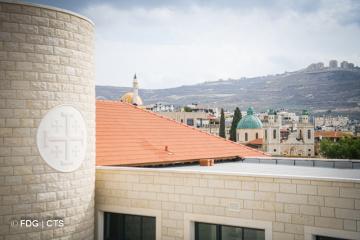 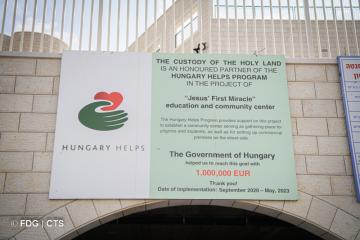