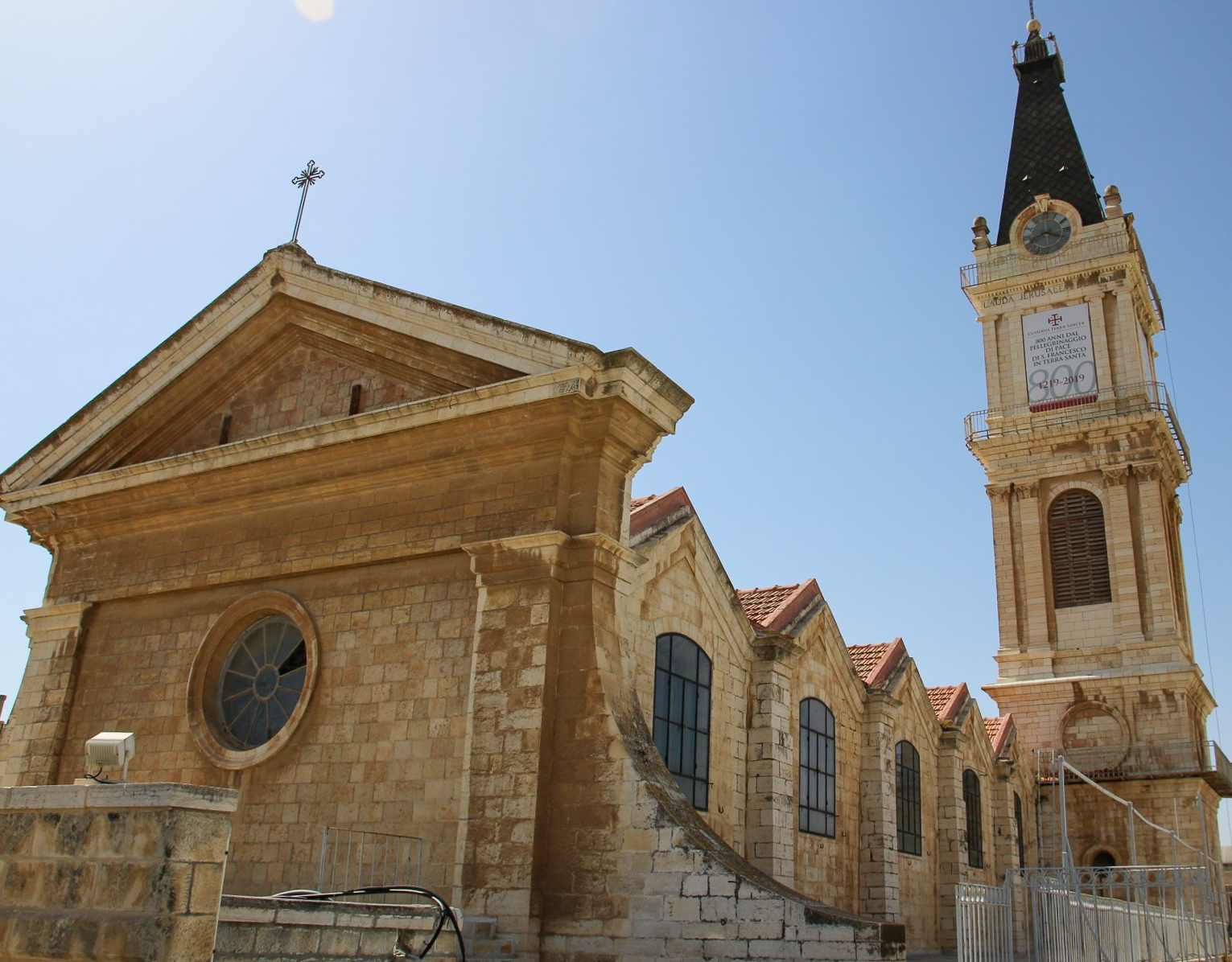 Speaking about St Saviour’s Convent in Jerusalem means speaking about the whole of the Custody of the Holy Land, as it is the heart from which every activity starts. Located in the Christian Quarter of the Old City of Jerusalem, next to the New Gate, the convent holds the history and the memory of centuries of the Franciscan presence in the Holy Land.

When the Franciscan friars were chased out of the convent on Mount Sion, where they had lived since 1333, in 1551, they established their headquarters at St Saviour. Purchased in 1559 by the Custody, the monastery, which was much smaller than it is today, had only a small church, for the exclusive use of the Georgian religious community it belonged to. In 1560 the first friars moved to St Saviour and from then on, with the agreement of the Sultan, they repaired, altered and enlarged the convent.

In 1561, Pope Pius IV granted the small church of St Saviour the same indulgences that were granted to those who went to the Cenacle, a place that had been lost in 1551. The church of the new convent of the Franciscans was on a raised floor, just like the Cenacle, known as “the room upstairs”. The same church became the first Catholic parish in Jerusalem and a fundamental reference for the Latin Christians.

From 1723 onwards, the convent started to develop: the first cloister was built in 1756, the second in 1870 and the third cloister and the seminary in 1880. It was in 1741 that St Saviour was recognized as the centre of the Custody of the Holy Land -  with an official document by Pope Benedict XIV – and as the residence of the Custos of the Holy Land who nevertheless  still keeps today the title of “Guardian of Mount Sion”..

The convent of St Saviour was a small city,  which had other elements, each of which would deserve a chapter of its own: the ancient pharmacy of St Saviour, the General Library of the Holy Land and later the Franciscan printing press.

Known since 1353, the pharmacy was for a long time the only reference for the care of the sick in Jerusalem. The best known unguents with multiple beneficial properties include the famous “Jerusalem balm”, invented by Fr. Antonio Menzani, the head pharmacist of St Saviour for forty-three years, from 1686 onwards. The pharmacy continued its activity until the First World War and was then closed, due to the difficulty of finding medications from Europe and the opening of other pharmacies in Jerusalem.

The General Library of the Holy Land, which still exists today, has a historic heritage linked to the events of the Custody of the Holy Land. The first nucleus of volumes dates back to the period when the friars lived in the convent of Mount Sion. Once they moved to St Saviour, the books of the Custody stayed there, although they were moved around internally. Some notes that attest the gift of works have come down to us and confirm that the Library was built up over time to be used by the community of friars. To date, the historical heritage is divided into collections: the modern collections, the ancient collection, the collection of manuscripts, the Itinera ad loca sancta collection, the medicine collection, the collection of the 17th and 18th centuries and the Franciscan Printing Press collection.

What we call today the Franciscan Printing Press refers to the printing works of the Franciscans in the Holy Land, created by the friars in 1848 during the Ottoman Empire, to print their own books at a time when it was difficult to do so  due to the political conditions. There is still a small printing works at St Saviour’s Convent but the current main works are in Bethfage, on the Mount of Olives.

The church of St Saviour,  as we know it today, was built much later than the rest of the convent and only consecrated on 29 November 1882 by the Latin Patriarch, Mons. Vincenzo Bracco. The benefactors included the Austrian Emperor Franz Josef who as early as 1869 had already made a generous donation to start the renovation of the church.

The bell tower that soars above the houses of the Old City of Jerusalem dates back to 1931-32, when it was raised by eight metres compared to the previous one.

The convent of St Saviour continues to be the centre of the activities of the Custody, as it is the seat of the Custodial Curia, of the historical archive that holds important documents, of the central bursary and of the technical department that looks after the maintenance of the shrines. There are also the offices of the NGO ATS Pro Terra Sancta, which carries on projects with the local population and the Department of Cultural Heritage, which works for the Terra Sancta Museum. The historical section of the Terra Sancta Museum of the Franciscans, created with the collaboration of a committee of international experts, will be inaugurated in an area of the convent in 2021. Within the walls of St Saviour there are also the classrooms of the Terra Santa School of Jerusalem, the Magnificat music school, the international seminary of the Custody, the infirmary where the elderly friars live, the laundry and the sewing room, the office for religious objects, the IT department and the home of the sisters of St Elizabeth who perform their service in the convent.

Tag: Jerusalem,  History of the Custody of the Holy Land