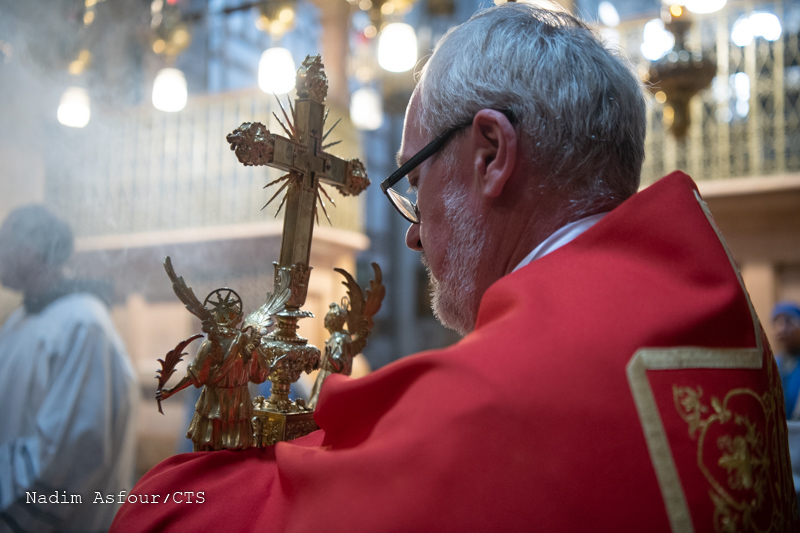 The red vestments worn by the Franciscan friars in the Basilica of the Holy Sepulchre in Jerusalem reminded the faithful of the blood of the passion of Christ, who died on the cross to redeem the world. On Tuesday 14 September, the solemnity of the Exaltation of the Holy Cross was celebrated in the chapel of the Calvary, with a Holy Mass presided by the Vicar of the Custody of the Holy Land, Fr. Dobromir Jasztal.

This festivity, in the Orient, is linked to the Dedication of the Basilica of the Holy Sepulchre in Jerusalem. The discovery of some fragments of the cross of Christ, in the 4th century, the Edict of Constantine and the subsequent decision to build a basilica on that spot, marked the start of the public worship of Christians in the world and in the Holy Land. As well as the liturgy of the adoration of the cross of Good Friday, the Exaltation of the Cross is the most important solemnity dedicated to the cross of Jesus which is still celebrated today all over the world, while in Jerusalem the tradition has also remained of commemorating the invention (discovery) of the Holy Cross by St Helena (7 May).

“It is here, in front of the Cross of Jesus, that communication between heaven and earth is established, between God who saves and man in need of salvation,” Fr. Dobromir Jasztal said in the homily. “Here on Calvary and in any other place in the world where we look at the Cross, we perceive only and above all the eloquent silence of the Crucified One. And it is precisely his silence that has always offered consolation for the afflicted, a hope for those who saw the world collapse around them, a word of love for those who felt abandoned by all, an indication for those who doubt, strength for those who were tempted, a spark of trust for the uncertain, a travelling companion at the time of death.”

The Vicar of the Custody of the Holy Land spoke of the need not to remain indifferent in front of this silence of Jesus, but to try to question us all, to be reborn in Christian faith and life. To do so, however, it is essential to recognize Jesus, who reigns from the Cross, like our King. “Recognizing the Crucified One as my King means becoming His disciple, changing life and putting into practice the words of the Master,” said Fr. Jasztal. “Going with Him and entrusting yourself totally to his guidance. Taking on a new orientation of existence and renewed external behaviour that changes our relationship totally with our neighbour and with the world.”

In the Latin chapel of the crucifixion, on Calvary, the mosaics still relate today the sacrifice Christ made: the figure of Jesus, nailed to the cross, recalls that of Isaac, tied on Mount Moria, as illustrated in the mosaic on the right. The obedience of Abraham, ready to sacrifice his own son, prefigures the obedience of Jesus who embraced the cross for the salvation of the world.

At the conclusion of the celebration, the relic of the Holy Cross was taken in a procession from Calvary to the chapel of Mary Magdalene. The Franciscan friars sang Vexilla Regis, the ancient hymn to the cross, to accompany this solemn moment and to pay tribute to the relic, the source of salvation for those who believe in Him. 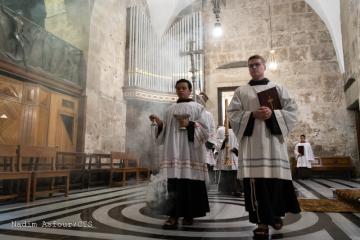 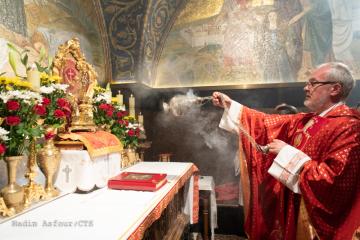 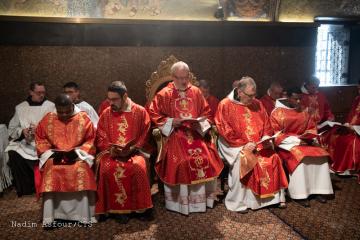 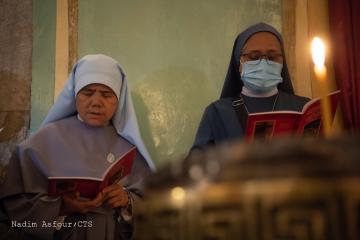 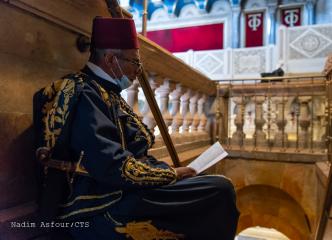 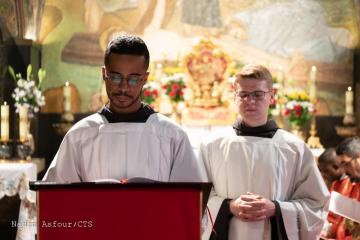 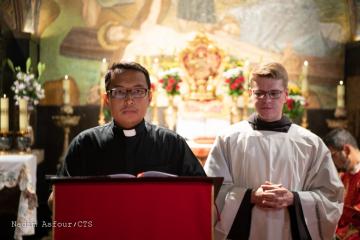 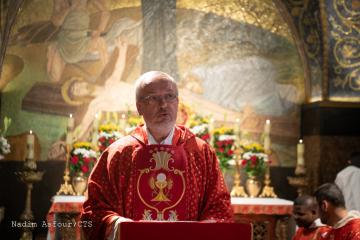 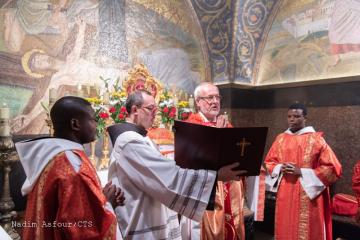 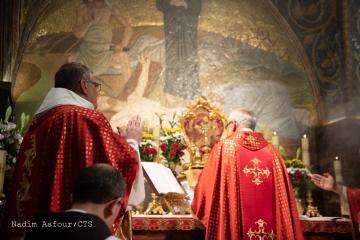 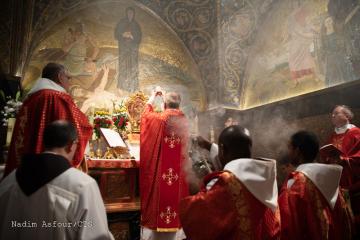 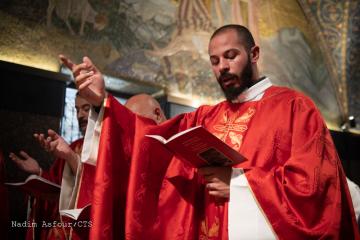 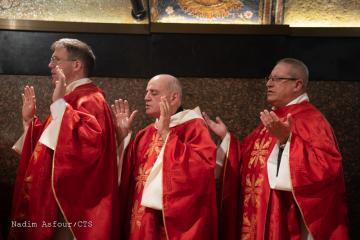 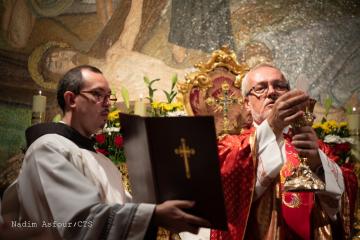 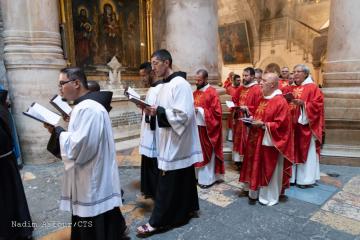 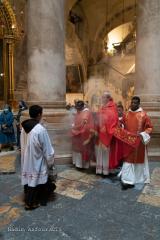 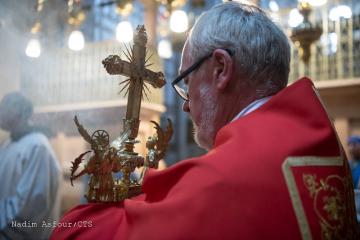 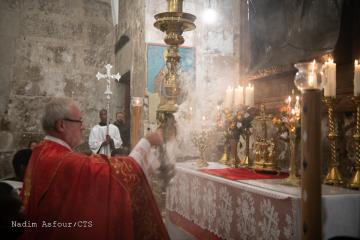 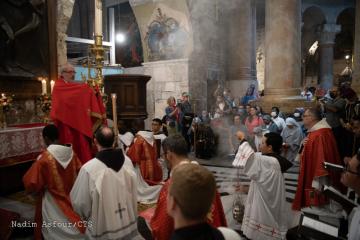 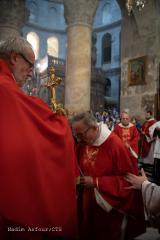 Jerusalem: the Franciscans at St Anne’s to celebrate the Nativity of the Virgin Mary

Jerusalem: celebration of the Feast of the Assumption of Mary

Corpus Christi: the Solemnity at the Holy Sepulchre

Holy Sepulchre: the feast of the Discovery of the True Cross