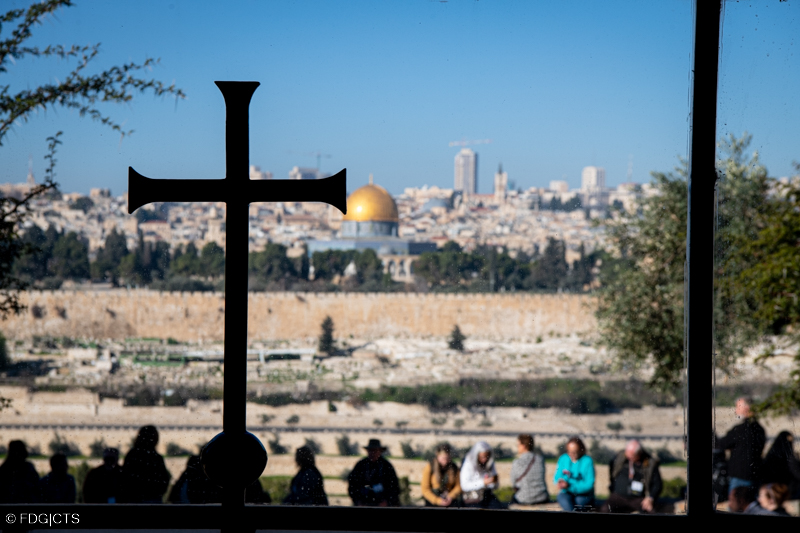 This passage from Luke narrates one of the two episodes[1]in the Gospels in which Jesus weeps. The city he is talking about is obviously Jerusalem. The Lord, coming down from the Mount of Olives, looks at the city, cannot hold back his tears and prophesies: "For the days are coming upon you when your enemies will raise a palisade against you; they will encircle you and hem you in on all sides; they will smash you to the ground and your children within you, and they will not leave one stone upon another within you because you did not recognize he time of your visitation " (Luke 19, 43-44).

No later than 40years afterwards, the Temple of Jerusalem was destroyed by Titus; about a century later, in 135, the whole city was razed to the ground and rebuilt by the Roman emperor Hadrian, who even changed its name to Aelia Capitolina. 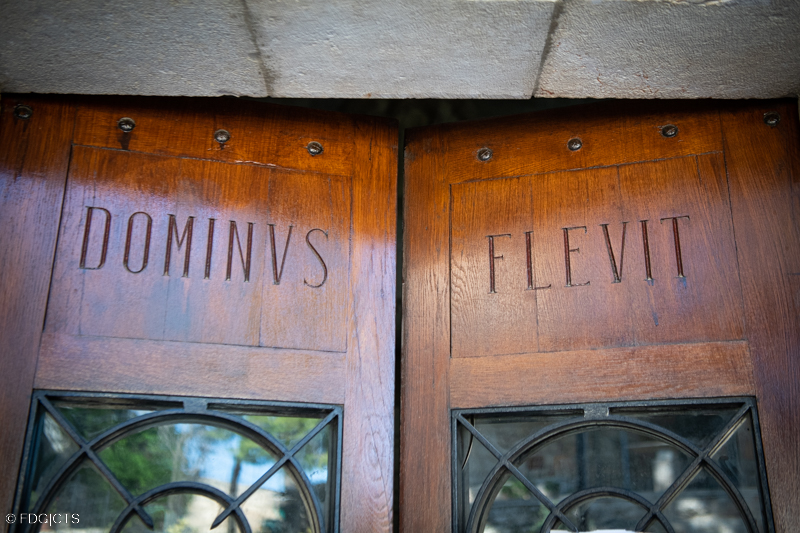 Two thousand years later, during which Jerusalem has been contested by Romans, Byzantines, Crusaders, Mamelukes, Ottomans, the British and Israelis, today this city is still wounded and divided. The tears and the prophecy of Jesus, bearer of a message of redemption, are still alive and firmly impressed even on the architecture of a small shrine. On the Mount of Olives, close to the place where a late tradition of the 16th century places the episode of Jesus’s tears, today there stands a church belonging to the Custody of the Holy Land. It is the shrine of Dominus Flevit, which in Latin means "the Lord wept."

In its geometries, the structure of the shrine, the last stylistic effort in the Holy Land by the famous Italian architect Antonio Barluzzi, recalls the shape of a tear.  Built in 1955,this place of worship today appears as a small church with a square base, from which an elongated and elliptical dome develops, recalling the outline of a tear. It is a destination which is greatly appreciated by pilgrims for its special position on the Mount of Olives which offers a unique panoramic view over the city; the DominusFlevit stands on the remains of a Byzantine church of which mosaics and floor, dating back to the 7th century, have been preserved. Some of these fragments have been put into the church, while the largest and best conserved is immediately outside the small shrine.[2]

Today this Franciscan site, open to visits by pilgrims, is looked after by the Iraqi friar Sebastiano Eclimes, superior of the shrine since 2011. 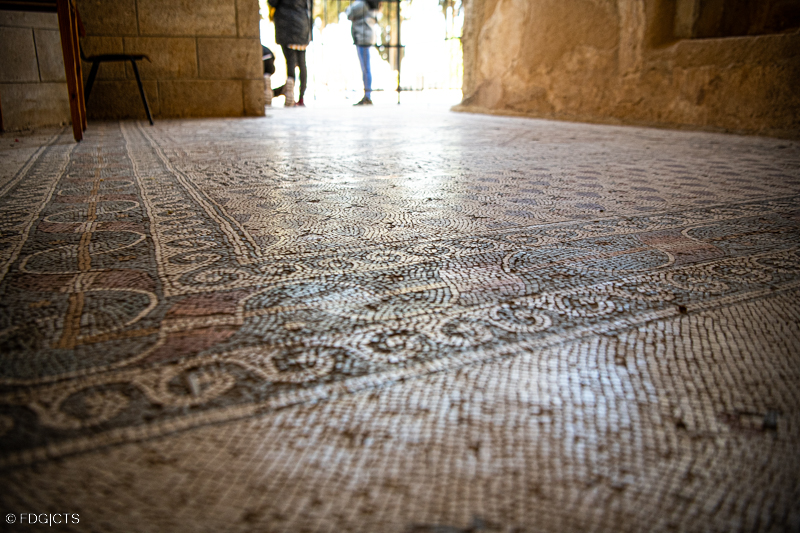 The groups of pilgrims who come to visit can celebrate mass in this small church, with in front of them the view that Jesus had when shedding his tears. Behind the altar, there is a window from which the Old City of Jerusalem is clearly visible. The particular location of the site, together with the perspective that can be perceived from the interior, generate in observers a special optical effect: behind  the altar there appears the enormous golden dome of the Mosque of the Rock, the symbol of the Jerusalem of today.

The DominusFlevitcan therefore be considered a bridge between the Jerusalem of the past and that of the present. It is an evocative place that tells us a story  two thousand years old and reminds us of the modernity of the Gospel. Barluzzi, the architect, setting forth the architectonic features of the shrine built during the years of the Cold War,himself wrote: "Today the Jerusalem that is threatened can be considered the whole earth, because the immense disasters provoked by a new war, certainly atomic, would be almost universal. And can’t this tremendous prospect arouse the lethargic Christians? [3]" 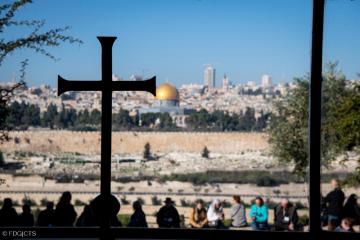 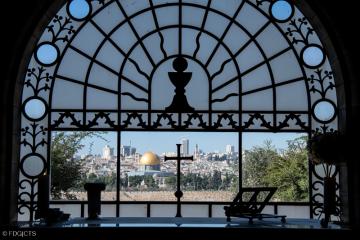 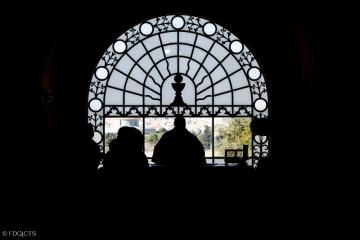 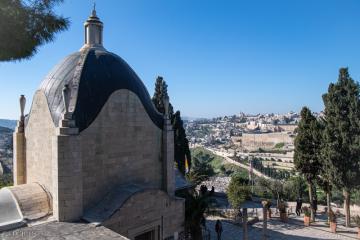 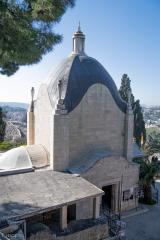 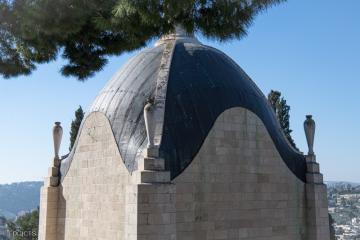 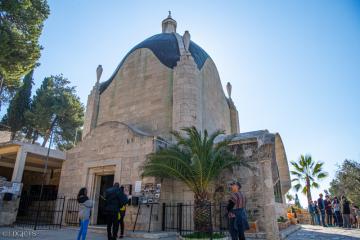 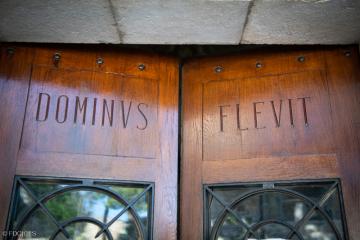 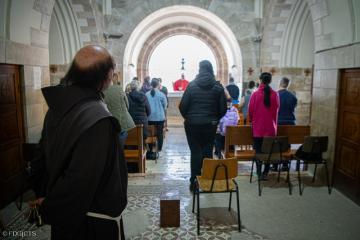 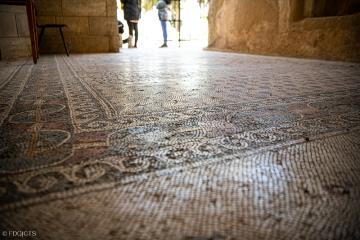 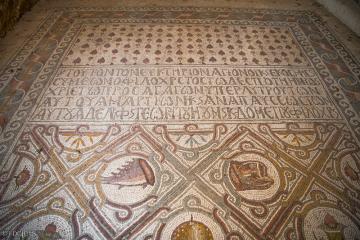 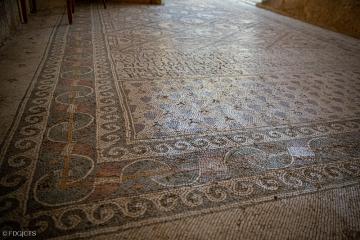 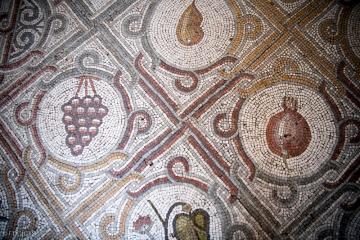 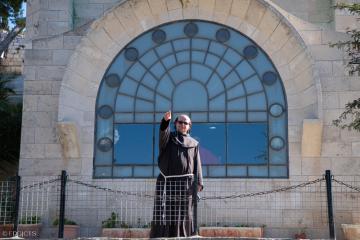 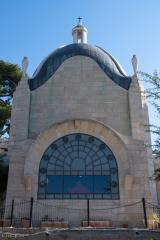 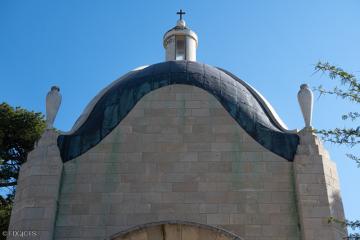 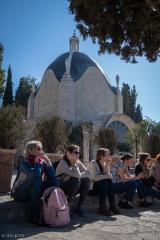 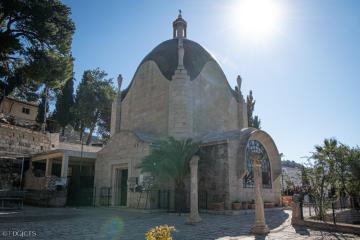 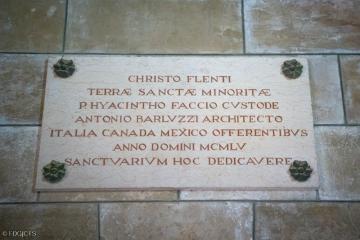 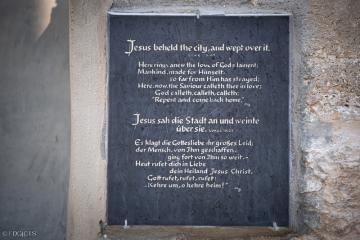 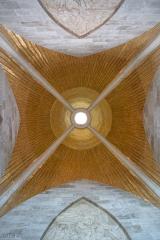 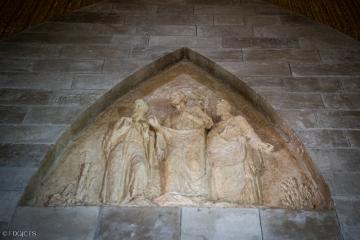