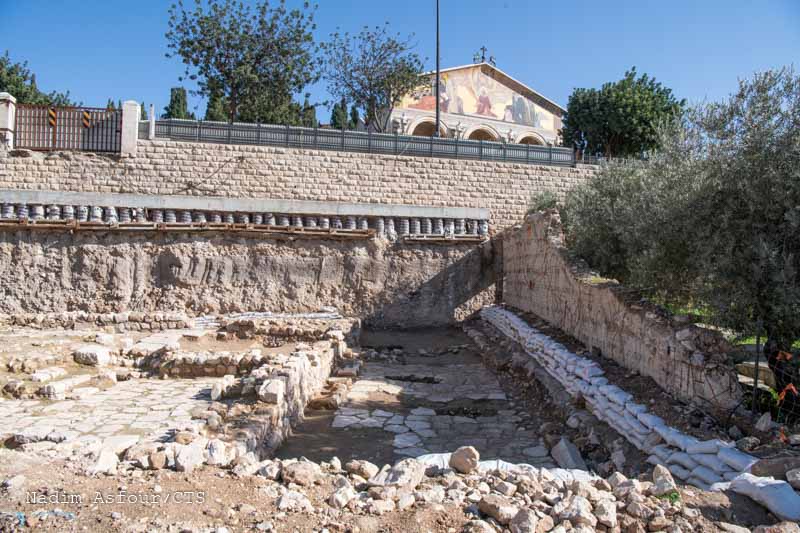 A ritual bath of 2000 years ago and the remains of a church from the Byzantine period (about 1500 years ago); these are some of the most important archaeological finds from the excavations carried out in the Kidron Valley, at the foot of the church of the Gethsemane in Jerusalem.  During the construction of a tunnel to link the Basilica of the Agony with the valley below, owned by the Franciscans of the Custody of the Holy Land, various finds were discovered which led the Israel Antiques Authority to undertake archaeological excavations to protect the site. Under the direction of the archaeologists Amit Re'em and David Yeger and with the collaboration of the Studium Biblicum Franciscanum, some important archaeological discoveries were made. They were presented on Monday 21st December at a press conference in Jerusalem at the site itself. The two Israeli archaeologists, the Custos of the Holy Land Fr. Francesco Patton, the archaeologist Fr. Eugenio Alliata and the dean of the Studium Bilblicum Franciscanum Fr. Rosario Pierri were present.

One very important discovery is that of a Mikveh, the ritual purifying bath of Jewish tradition, from the time of the “Second Temple”, i.e. the period when Jesus was alive.

"The discovery of the ritual bath probably confirms the ancient name of the place, Gethsemane,” the archaeologist Amit Re’em explained. “Most of the ritual baths of the period of the Second Temple have been found in private homes and public buildings, but some have been discovered close to farms and tombs, in which case the ritual bath is outside. The discovery of this bath, not accompanied by buildings, probably attests to the existence of a farm here 2000 years ago, which perhaps produced oil or wine. The Jewish laws of purification required the workers involved in the production of oil and wine to take purifying baths. The discovery of the ritual bath may therefore suggest the origin of the ancient name of the place, Getsemani (Gat Shemanim, "oil press"), a place where ritually pure oil, was produced, close to the city."

The discovery of the Mikveh is important evidence of the period in which Jesus lived, as the only finds identified from the same period in that area were coins, found during farming work  in the ground of Gethsemane. “Some coins were also from periods earlier than Jesus  and there is one from the time of the governor Pontius Pilate,” the archaeologist Fr. Eugenio Alliata explained.

The Basilica of the Agony, built between 1919 and 1924, stands in the place where, according to the Gospels, Jesus withdrew in prayer before the Passion and was then arrested, after the betrayal by Judas. When the foundations of the building were laid, the remains of churches from the Byzantine and Crusader periods were brought to the light, but only the more recent excavations have revealed the remains of a previously unknown church which was founded at the end of the Byzantine period (6th century AD) and continued to be used  during the Omayyad period (8th century AD).

Made up of a stone floor, the church presented a semi-circular apse, paved with a mosaic, decorated with coloured flowers along the edges. “At the centre there must have been an altar of which no traces have been found. A Greek inscription, still visible today and which can be dated to the 7th-8th century AD is from a later period,” explained Fr. Eugenio Alliata. Deciphered by Dr Leah Di Segni of the Hebrew University of Jerusalem and by Fr. Rosario Pierri of the Studium Biblicum Franciscanum, the inscription is in memory of a deceased person, with a reference to the sacrifice of Abraham, which is mentioned in the Bible.

Alongside the remains of the Byzantine church, the structure of a large hospice for pilgrims or a monastery from the medieval period can still be seen, provided with sophisticated plumbing systems and two large tanks six or seven metres deep, adorned with crosses. The archaeologist Amit Re’em said that the crosses were seriously damaged by some unknown people the night following the discovery of the tanks: “According to local rumours, an ancient legend spoke of a treasure of gold hidden behind the crosses. The people who destroyed them were probably looking for this.”

A number of Franciscan archaeologists in the past have carried out studies on the Gethsemane area. At the press conference, Fr. Eugenio Alliata wanted to recall some of them, like Father Gaudenzio Orfali, the author of a book on the Gethsemane and who died prematurely in 1926, and Father Virgilio Corbo, who in one of his writings of the 1960s illustrated the discoveries following the construction of a wall supporting the road.

“The Gethsemane is one of the most important shrines in the Holy Land,” recalled the Custos of the Holy Land, Fr. Francesco Patton. “As I have been able to recall recently, this is a place of prayer, of violence and of reconciliation.”. It was there that Jesus went to pray, like millions of pilgrims after him, but also where he was betrayed and arrested. “Lastly, it is a place of reconciliation, because it was here that Jesus refused  violence to react to his unjust arrest. It is also a place of reconciliation, including between the nations which had fought during the First World War and that wanted to contribute to building the modern basilica which, precisely for this reason is called the Basilica of the Nations.” (Read the complete speech).

The Custos of the Holy Land then emphasized the importance of the collaboration  between the various institutions involved in these excavations: “The collaboration between the Custody, the Studium Biblicum Franciscanum and the Israel Antiquities Authority is nothing new and has already given several fruits. I would like to take this occasion to thank in particular those who were in charge of this excavation, Amit Re’em and David Yeger. I hope that this collaboration can continue to be fruitful in the future as well.” 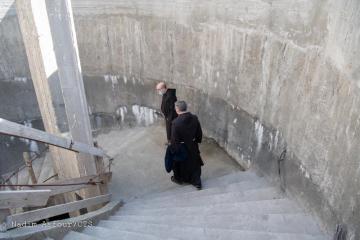 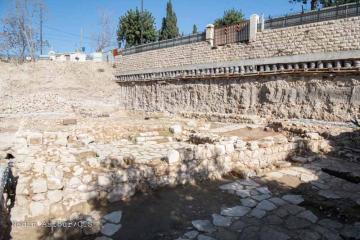 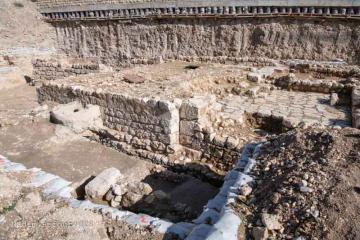 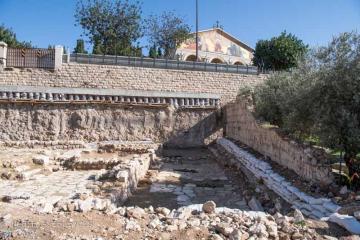 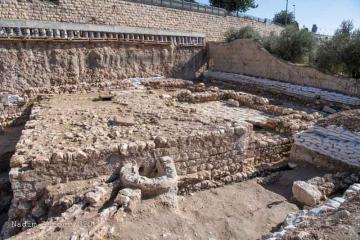 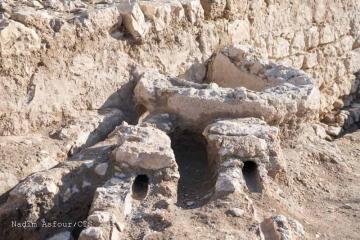 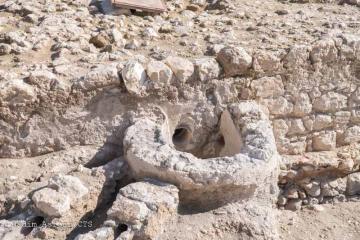 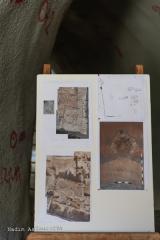 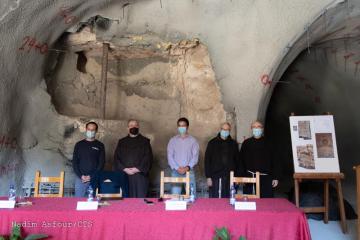 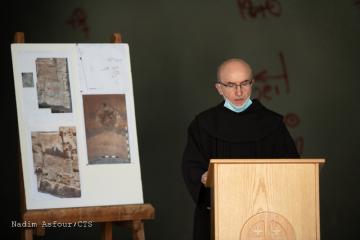 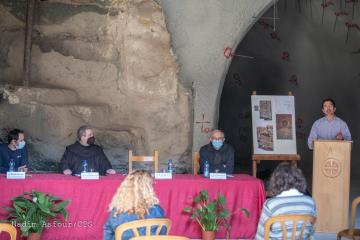 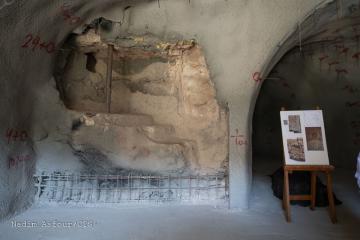 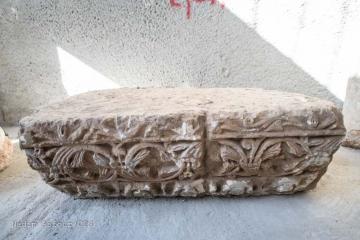 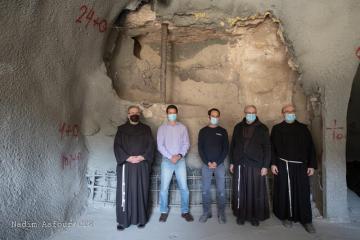 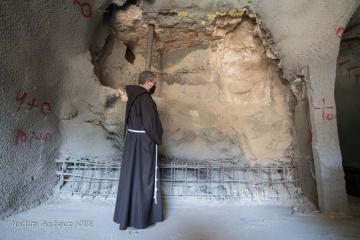 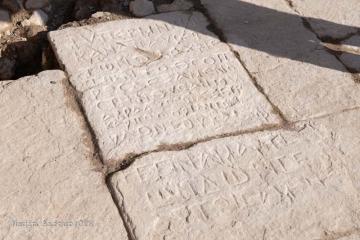 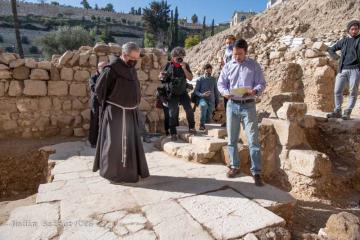 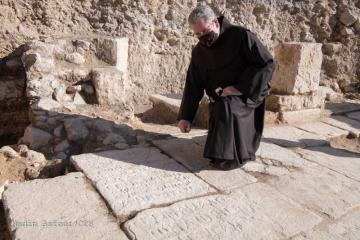 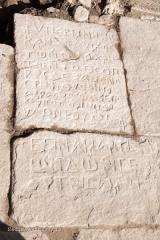 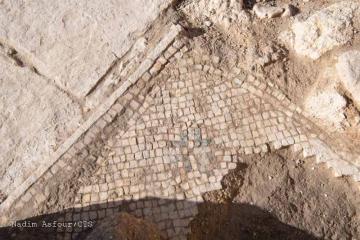 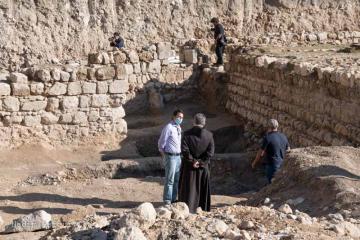