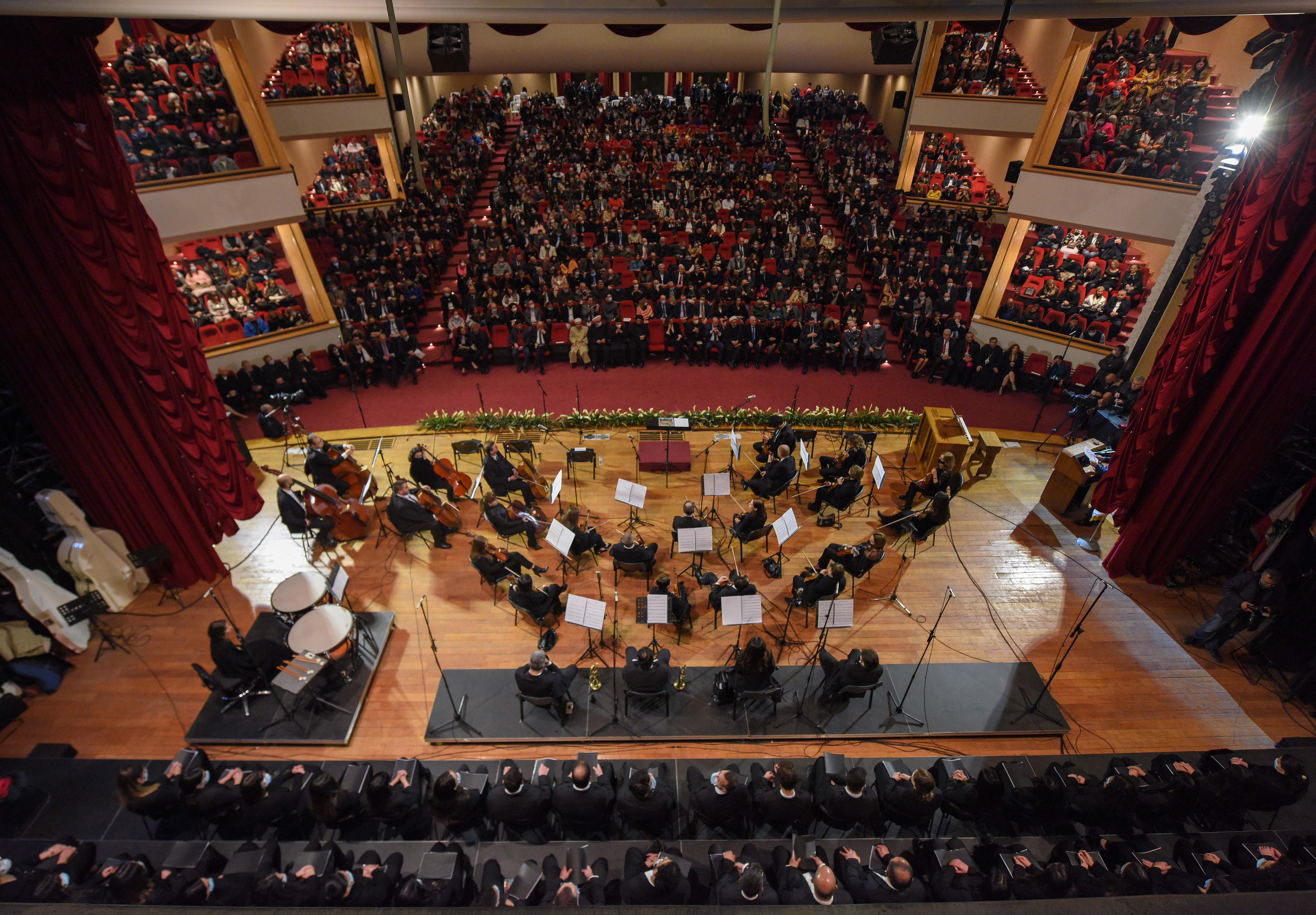 On Friday, 25 Marchand on the occasion of the Feast of the Annunciation, the opera “Francis and the Sultan” was performed at the UNESCO building in Beirut. Inspired by the meeting between the saint of Assisi and the Sultan Malek al Kamilin Egypt in 1219, the performance was staged last week and had an unprecedented successful reception by the public, with an audience of over 1,500 people.

The Annunciation –as Father QuiricoCalellaofm, who conceived and planned the opera underlined, brings together and unites all Lebanese, as the fact is narrated not only in the Gospels according to Luke and Matthew but also in the Qur’an (Sura of Mary, 19). The Minister for Culture, H.E. Muhammad Murtadawho sponsored the performance in collaboration with the Italian Embassy also insisted on this concept. The Philharmonic Orchestra of Lebanon, the choir of Notre Dame University, the Italian organist Maestro CosimoProntera conducted by the Maestro Khalil Rahme, who is also the composer of the opera, performed on the stage. The libretto is by the well-known Professor Bartolomeo Pirone, curated by Fra Riccardo Cerianiand translated into Arabic by Dr Teresa Francis,who lectures on art at the Lebanese University.

The Apsotolic Nuncio Mons. Joseph Spiteri, about ten ministers with their wives and the delegates of the various religious groups, the ambassadors with the diplomatic delegations, the Franciscan friars of the Custody of the Holy Land with the Minister Father Feras Lutfi and many friends, including the representatives of the “Pro Terra Sancta” Association  were present in the audience, which filled the theatre.

Five performances are scheduled to be held in Italy from 20 to 25 May: first in the Cathedrals of Monopoli, Bari. Brindisi then in Assisi, at the Basilica of St Mary of the Angels and to conclude in Rome, in the Basilica of Ara Coeli.

We hope that through this opera the message of peace and fraternity launched in Damietta 800 years ago between St Francis and the Sultan Malek al-Kamel will reach the extreme ends of the earth. The path of dialogue, of brotherhood and of peaceful coexistence is and remains the only way to go and the successful solution for Lebanon, the Middle East and for the whole world.Pope Francis has said this many times in his speeches and during his tris to Palestine, Israel, Jordan, Egypt, Morocco, Iraq and Abu Dhabi,where he signed the document on “Human Brotherhood” together with the Grand Imam of Cairo, DrAhmad Attayyeb. 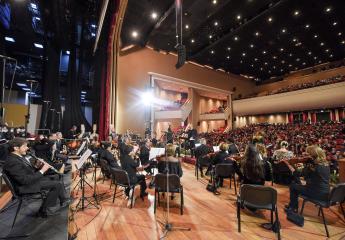 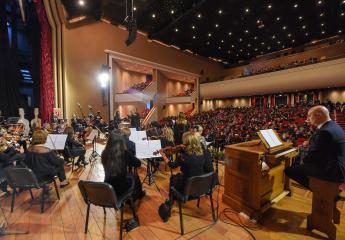 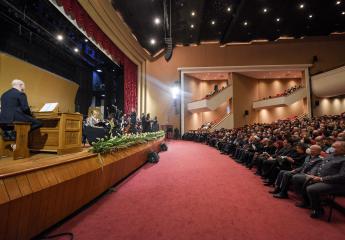 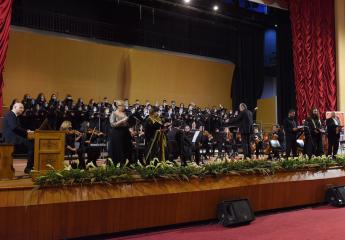 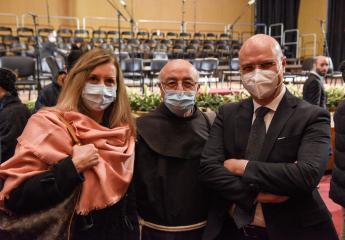 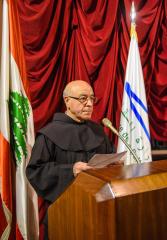 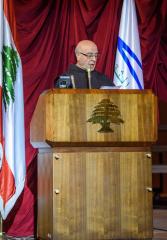 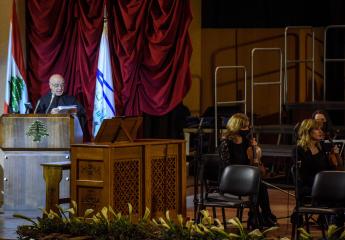 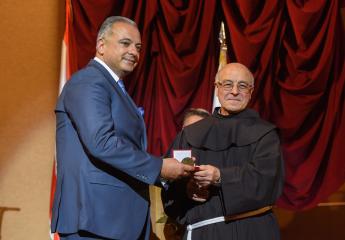 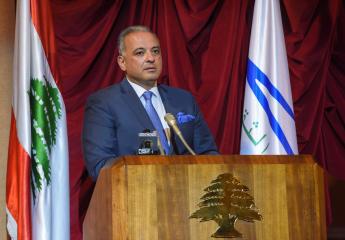 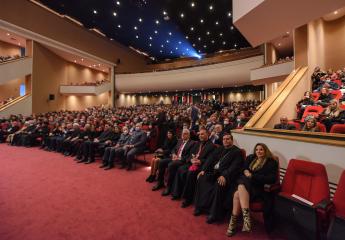 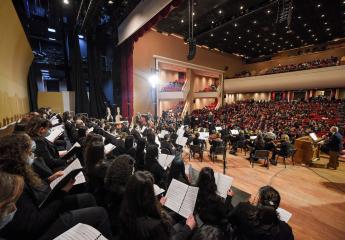 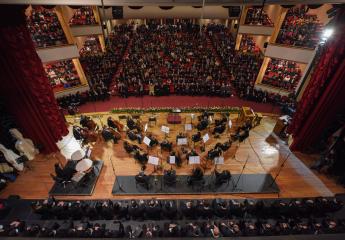 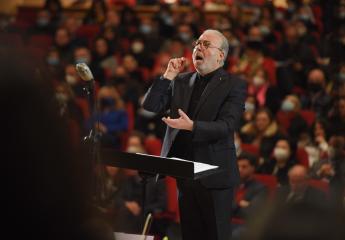 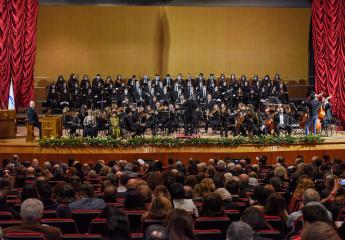 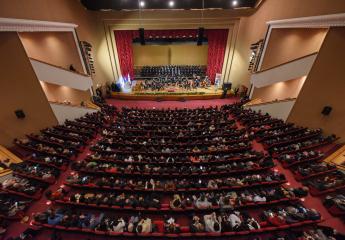