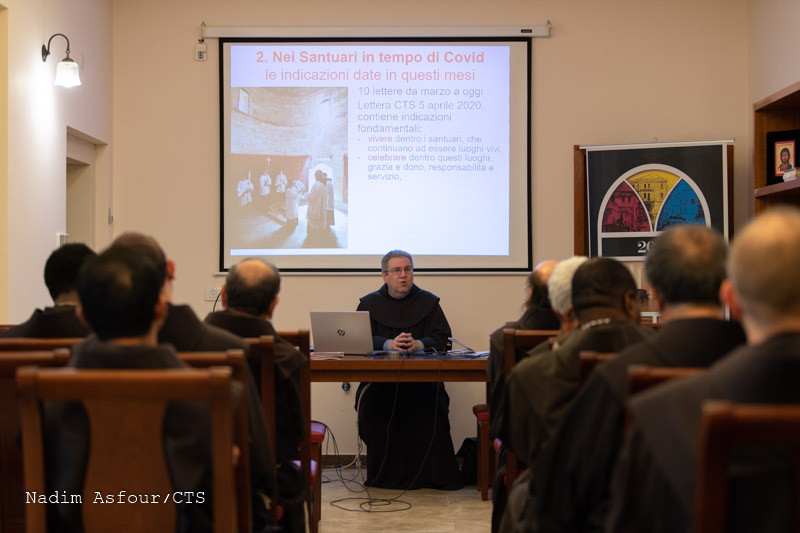 On Monday 16th November, Fr. Francesco Patton, Custos of the Holy Land, opened the proceedings of the course of Franciscan Permanent Formation for the guardians of shrines and the sacristans. The course, which will end on 19th November, is attended by numerous Franciscans engaged in this apostolate of the Custody, both in person and remotely: all are at work confidently waiting for the reopening to the faithful and tourists, eight months after the official closure due to the pandemic.

The Custos of the Holy Land set forth to the shrine guardians some fundamental lines that during these months of pandemic he recalled through about 10 letters addressed to the Franciscan communities in the Holy Land: recommendations of a spiritual nature but also of a practical one, to avoid the holy places being places of infection. "This period in which there are no pilgrims also becomes a period in which we have to be able to reduce expenses to a minimum when we have to know how to look after the place through the ordinary maintenance necessary," Fr. Patton commented, “We have to be ready for when the pilgrims return  and also prepare ourselves in the light of the "Fratelli Tutti" encyclical: cultivating more and more the sense of welcome for all, from the local faithful for whom our shrines are a source of Christian identity; but also for the faithful of other religions or the non-believers who visit our shrines, to whom we must have an attitude of fraternal openness, like that by St Francis when he visited the Sultan  Al-Malik Al Kamil."

An important part of the meeting, continued the Custos, is sharing. "It is a time to see how the friars have lived,” says the Custos. “Many brothers have told me that this year they have appreciated more the shrine as a place of prayer of the fraternity,  they have also been able to pray in greater calm and serenity, reclaiming the place where they are performing their service. Others, where there is a small plot of land, have rediscovered this  Franciscan-peasant vocation of ours: not simply a vocation to be “brothers to everyone” but also that of the “Laudato Sii” which helps us  rediscover the beauty of picking some fruit from your own orchard and collecting some eggs from your own henhouse." It has been a positive exercise, awaiting the return of the pilgrimages to bring back life and help to the local community, especially the one that lives thanks to the pilgrims.

“The particular situation in which we are,” commented Fr. Marcelo Ariel Cichinelli, Moderator of the Permanent Formation of the Custody of the Holy Land, “has favored the participation of the friars who are able to leave the shrines more easily. In an optimistic vision, we can say that the virus is pushing the friars to work on their formation, in view of a reopening to pilgrims and a return to normal.”
There are several lectures programmed: the first contribution by the Custos,  Fr. Patton, was focused on the service of welcome to pilgrims in the light of the last encyclical of Pope Francis, “Fratelli Tutti”, which outlines a very specific fraternal style of welcome; he was followed by the reflection of Fr. Alessandro Coniglio on the times and the Temple in the Holy Scripture. On Tuesday 17th November, it will be Fr. Augustin Pelayowho opens the day with a lecture on the places of worship for St Francis of Assisi, to fully understand the Franciscan style of being pilgrims, while in the afternoon  Don José Brosel will present his experience and knowledge of the world’s shrines, after having served for some time in the sector of tourism, pilgrimages and sanctuaries of the former Pontifical Council for the Pastoral Care of Migrants and Itinerant People (today part of the Dicastery for Promoting  Integral Human Development). Closing the course, on 19th November, Fr. Matteo Giuliani will include a focus on Evangelization in the shrines and the following day will be dedicated to the final sharing amongst the shrine guardians of the Custody. The purpose of these meetings is to stimulate discussion in the light of what has been said and summarize the months that have just passed, to start off again with greater strength.
"We are an international fraternity and each of us knows the sufferings of their people," said Fr. Patton"in the absence of the pilgrims, we have to be the ones who become pilgrims in this Land in the name of the whole world community.” 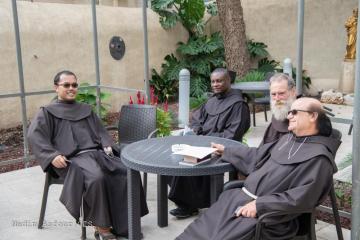 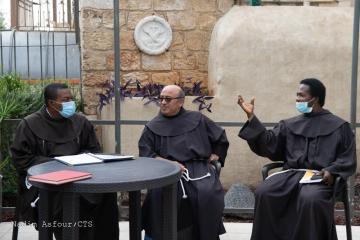 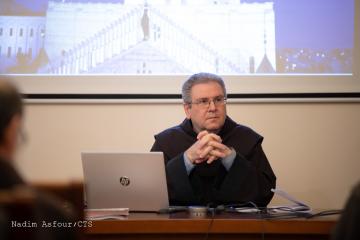 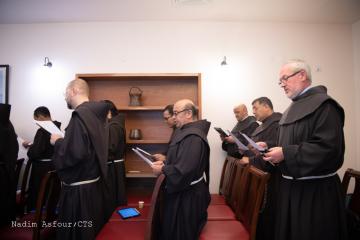 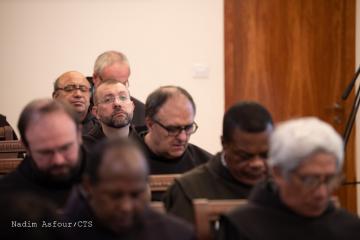 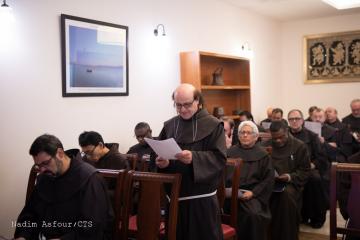 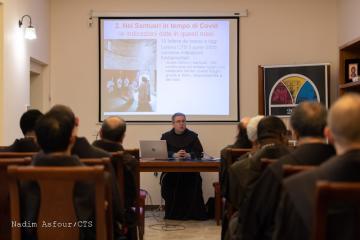 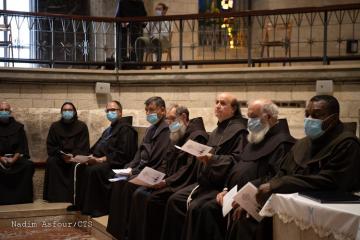 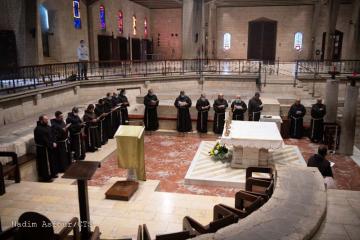 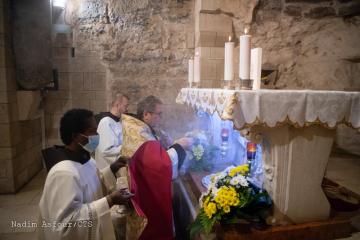 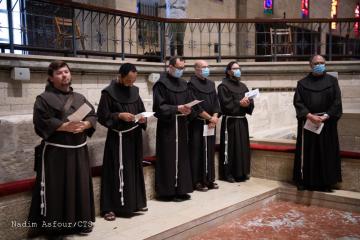 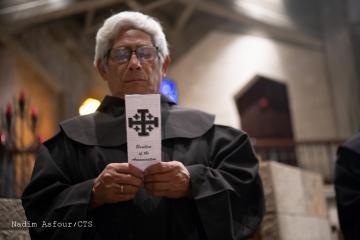 In Nazareth the celebrations of the Immaculate Conception and St. Joseph