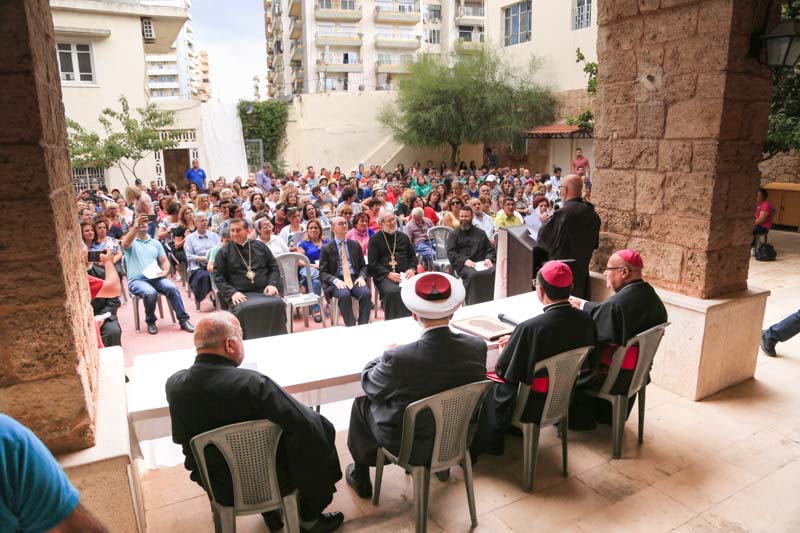 Eight hundred years after the meeting between St Francis and the Sultan, the Franciscan convent of Tripoli-Mina also wanted to celebrate this special anniversary. On Sunday 6th October, the initiatives began in the morning with the fifth day of formation for the young people of Tripoli.

The youngsters, both Christian and Muslim, reflected on the document on “universal brotherhood” and then worked in groups to produce concrete proposals, which were read out in the afternoon to the Bishops and the Mufti of Tripoli. They were helped in their reflection by the words of the Sunni Sheikh Muhammed Ramez Hamawi, the Alawite Sheikh Muhammed Haydar and Dr. Elias el-Halabi director of the Centre for Christian-Muslim studies of the University of Balamand. The meeting was moderated by Dr. Ziad Fahed, president of Dialogue for Life and Reconciliation at  Notre Dame University.

Father Henry Ponce, during the Holy Mass at 10.20 a.m., also stressed in his sermon the meaning of the message coming from the meeting between St Francis and the Sultan, which is still very topical.

In the early afternoon, the square of the convent of Tripoli began to be filled with buses from all over Lebanon for the scheduled celebratory talks. After the welcome from Fr. Quirico Calella, superior of the convent, H.E. the Apostolic Nuncio, Mons. Joseph Spiteri spoke about the 800 years and the document on fraternity signed by Pope Francis and the Grand Mufti of al-Azhar, while Mons. Cesar Assayyan went in to further depth on the contents of the historical document.

The Mufti of Tripoli, H.E. Sheikh Malik Al Chaar then took the floor, analyzing the possible paths of brotherhood to develop mutual relations between Christians and Muslims all over the world.

Lastly, H. E. George Aboujaudi, the Maronite Bishop of Tripoli, spoke of his direct experience with the Muslims in Tripoli and in the north of Lebanon since when he was the Superior of the Lazarist Fathers in Mijleyya.

At the end of the Symposium, Fr. Quirico offered, on behalf of the Custos of the Holy Land, the Medal of the Jubilee to the Bishops and to the Mufti, while the Italian Consul, Dr. Marco Di Sabatino received the Custody’s pennant.

The Holy Mass concelebrated by the Bishops and by about fifteen religious started at 5.30 p.m. and at the end, the Nuncio blessed the stone statue of St Francis.

The evening came to a close with a buffet on the lawn behind the Convent, whilst fireworks were set off from the terrace. 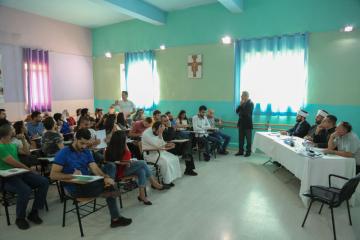 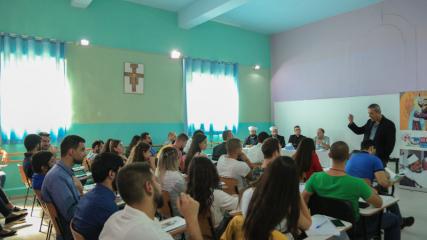 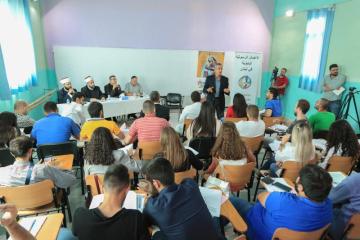 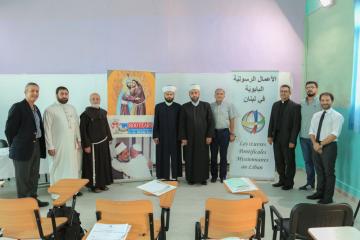 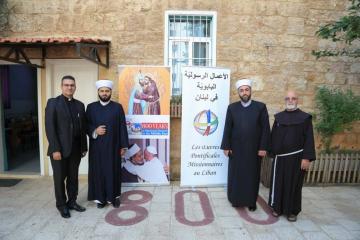 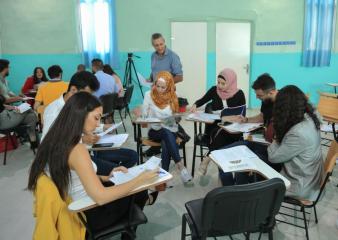 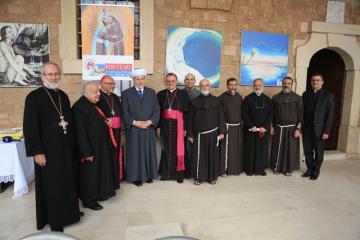 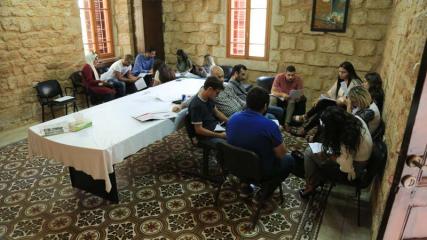 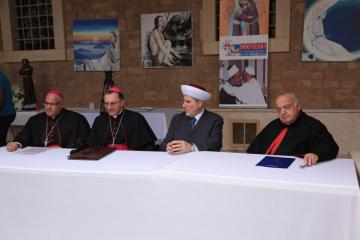 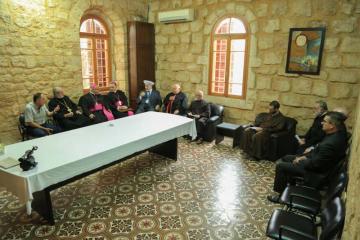 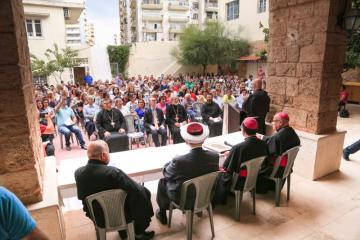 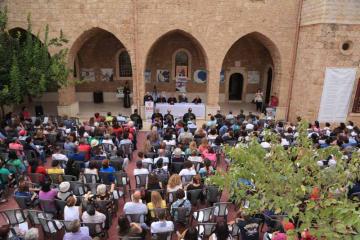 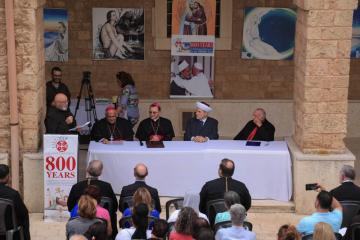 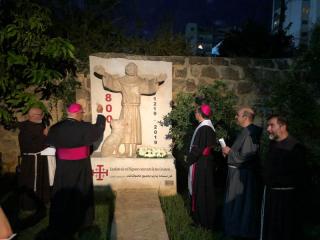