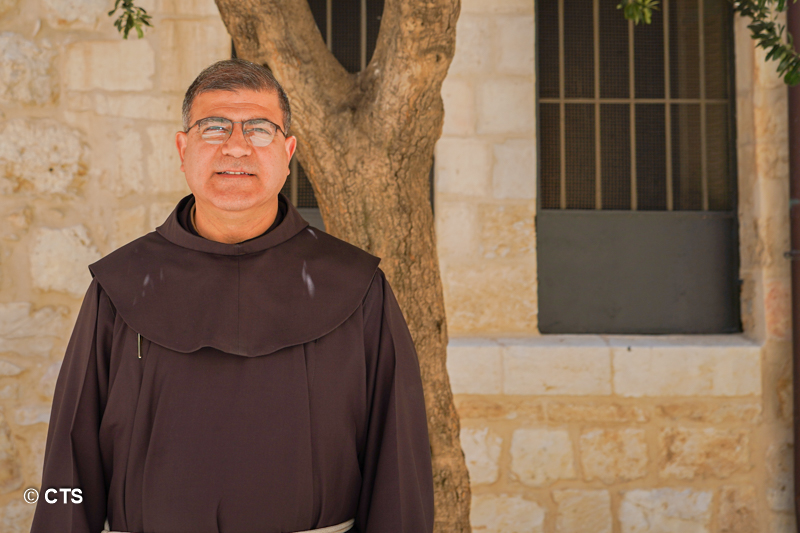 During the Custodial Chapter held in Jerusalem in the first half of July, we met Fr. Firas Lutfi, minister of the St Paul Region, the part of the Franciscan Province of the Holy Land that includes Lebanon, Syria and Jordan.

A native of Hama (Syria),today fr. Lutfi lives in Beirut, where he is the Guardian of the Franciscan convent in the Lebanese capital. Starting from the Land of Cedars, Fr. Firas sketched out an economic and social overview, dwelling on the greatest criticalities that afflict the citizens of Lebanon.

"Indicatively we can remember the date of 17 October 2019[1]as the start of a social, political and economic crisis which in Lebanon is still present, worsened the following year by the start of the pandemic and the huge explosion in the port of Beirut, which seriously damaged half of the capital.  In those years, the Lebanese middle class lost all the savings they had in their current accounts while those who were already poor inevitably saw their economic situation get even worse. Eighty per cent of the Lebanese population today live under the poverty line. We are talking about the worst financial crisis in the history of Lebanon ever since its foundation to the present-day. It is impossible not to hear the desperate cry of the Lebanese and in particular its youth who are fleeing from the country for other shores, where they can find stability and a solution for them and for the future of their children. It is a pity, because the crisis in Lebanon is a great loss for the Christian world."

Going on to Jordan, the Syrian friar emphasized the recovery which, despite the spread of Covid, is being recorded in the Hashemite Kingdom, “Jordan was not involved in the social and political turmoil of the so-called Arab Spring and for the time being is a fairly stable country. However, the pandemic certainly increased the people’s poverty. Regarding the presence of the Custody, we can count on the Franciscan shrine of Mount Nebo - from where Moses saw the Promised Land before dying  - and on the Terra Santa College in Amman, one of the oldest educational facilities in the country and an example of teaching excellence and civil coexistence. This school, which has 1,200 pupils, can guarantee a formative offer of quality, despite the competition of about 700 private schools in the capital, as well as allowing us, the Franciscans, to make a precious contribution to Jordanian society in terms of education and culture of the coexistence between Christians and Muslims.

During the pandemic, the shrine was closed, so did not have any pilgrims, whether international or local. Due to the crisis of the pandemic, we essentially lost two things: the economic income with which we support our pastoral activities and those of proximity to people; and domestic tourism, which allowed the autochthones to discover Jordan’s enormous historical and biblical heritage. After almost the whole of Jordanian society had been vaccinated, the shrine finally reopened its doors to foreign and, above all, local tourists, which is something we are really very pleased about!"

Fr. Firas kept his bitterest words for Syria, describing a bleak scenario that at times prevents even cultivating hope. It is an even greater challenge for the Franciscan missionaries who, despite the continuation of the war, have never abandoned the very ancient Christian communities that live in the country. "If for Lebanon I spoke of poverty, when I refer to Syria I cannot fail to speak about abject poverty," he began.

"We have entered the twelfth year of the Syrian crisis represented by a war that has had catastrophic consequences for the country. The war here has caused a never-ending haemorrhage of the population. Since the start of the conflict, Syria has lost an enormous number of its inhabitants, between the dead, those who have emigrated to neighbouring countries and refugees who have fled to other parts of the world. Before the war, Syria had 23 million inhabitants, now it has about 18 million. In these twelve years, the Syrian people have suffered all the grief of war, and of the economic and social crisis.

After the weapons of war were reduced to silence, another type of war has broken out in Syria, the war of hunger, sanctions and poverty. Poverty has been the consequence of all these factors. The economic sanctions have meant that the country is practically blocked, being unable to import or export goods. It was effectively a slow death sentence. In the face of this gloomy scenario, the Russian-Ukrainian war which also involves the Western counties, the failure to reach an  agreement on Iran’s nuclear power, the recent Turkish announcement of advancing thirty kilometres into Syrian territory, the periodic bombings by Israel, the presence of five armies in the territory and  that of the Jihadists who have remained, hoping is the last thing possible to get out of an unprecedented spiral of death."

In response to all this, the role of the Franciscans is even more invaluable. "It is clear that as Christians, our first duty has been to take on the attitude of the Good Samaritan, i.e. avoiding remaining indifferent in the face of the evil of the different countries. The Franciscans are always in the front line in assisting those who suffer pain, death or affliction. I remind you that in the last three years we have lost three friars out of thirty, two to Covid and one in a road accident.”

Emphasising the spirit of Christian service that animates the friars in this region, he added: "Like St Paul, weare called to suffer with those who suffer and to rejoice with those who rejoice. In this period we are working to relieve the pain of the most fragile, to feed the starving, to give a chance of work to those who can work, to repair the houses of those whose homes were destroyed by the bombings, to help university students with their tuition fees."

"Clearly the friars are also called in the first person to resist and here I can mention the very topical case  of the heroic and human testimony of faith of the two friars who live under the control of the Jihadists in the outskirts of Idlib: Father Hanna Jallouf and Father Luai Bsharat. They are still living in the territory occupied by the Jihadist groups; it is a place that they themselves define a huge prison that it has been impossible to leave and to enter for almost three years. These two Franciscans are exposed every day to the danger of risking their lives. They stay there to support a community of 300 Christians who stubbornly intend to remain in their own land. They are not abandoning this heritage of two thousand years of Christianity, history and culture. Fr. Hanna and Fr. Luai are doing so much good thanks to their faith and also thanks to the many benefactors and the many organizations that providentially support us. This support is necessary and essential because without it, the Christians – although we do not help only Christians – also the whole of the Syrian population would suffer hunger and thirst,and the despair would be even more tragic."

Concluding his testimony, Fr. Lutfi hoped that the new government that came out of the Custody’s Chapter can continue to support and increase the activities, projects and life that the friars are carrying on for all the peoples in the St Paul Region: the Lebanese, the Syrians and the Jordanians. "It is a challenge for survival that has to do with the deepest meaning of our presence in the Holy Land."

[1]A series of public demonstrations and protests started from this date in Beirut in response to the government’s incapacity to find solutions to the continuing and ongoing economic crisis in the country. 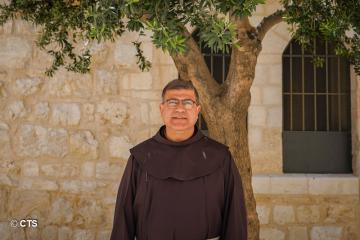 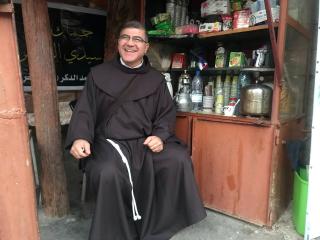 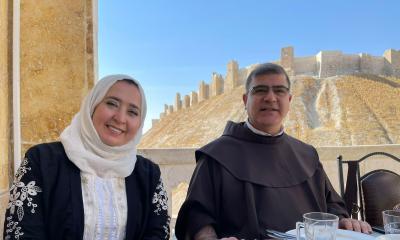 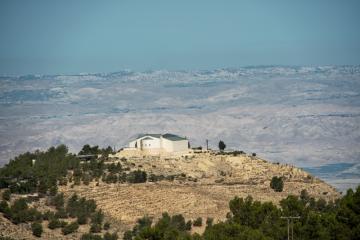 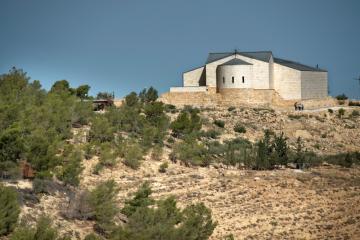 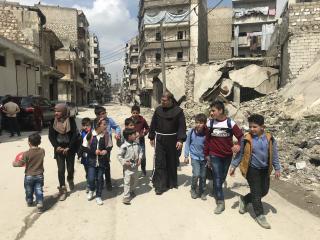 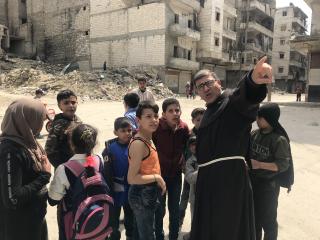 Eucharistic celebration in honour of Belgium at St Saviour’s