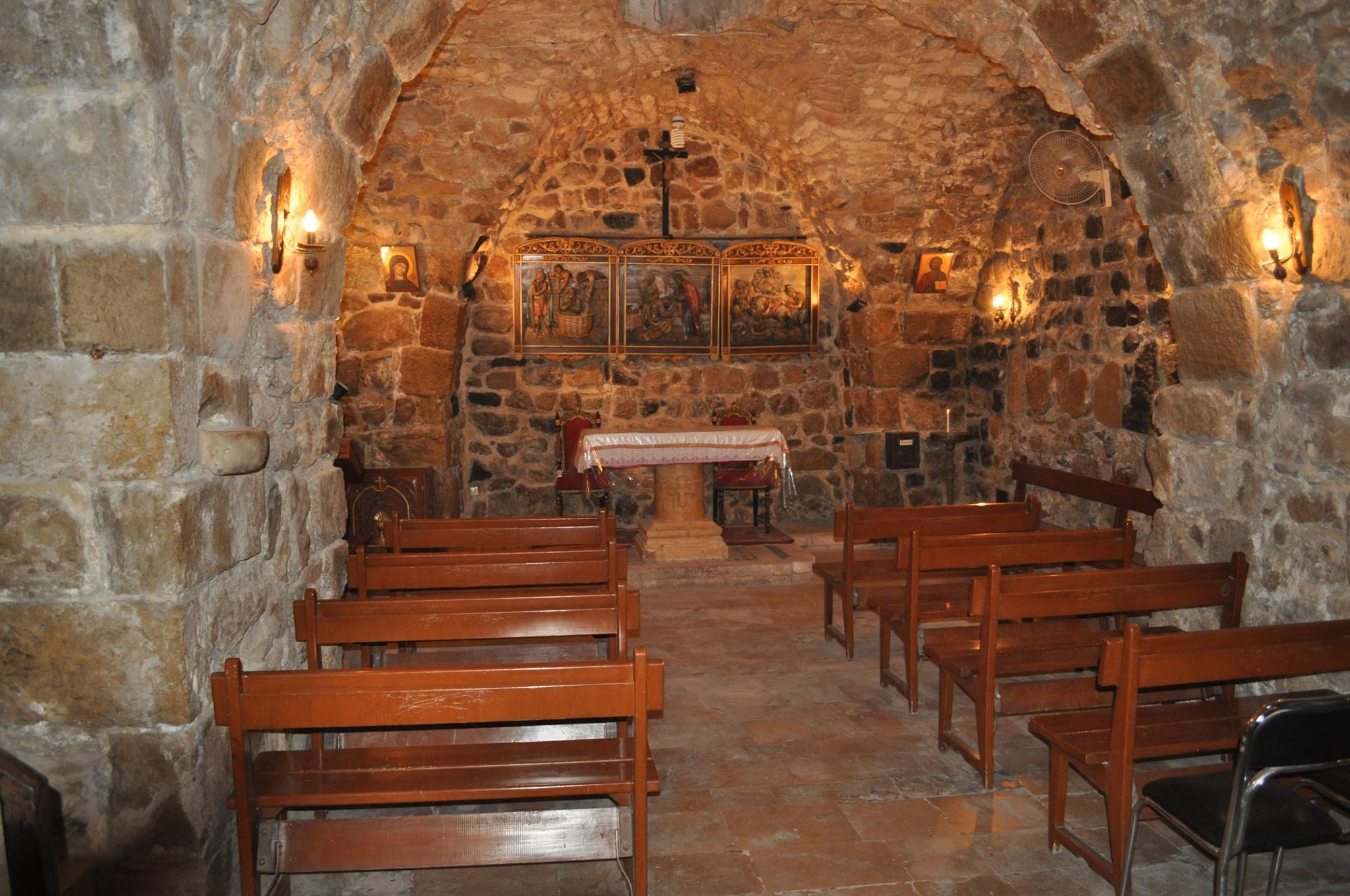 “Since the war started, every day we have been praying for peace in Syria. We live with the hope that everything continues and that our difficulties today will also change.” It is Fr. Atif Falah, a Franciscan friar of the Custody of the Holy Land and responsible for the shrine of the house of St Ananias in Damascus who speaks these words. On 1st October it was St Ananias and for the occasion a solemn mass was celebrated in the shrine in the care of the Franciscans, which is inside the old walls of the city, in the south of Syria.

The figure of Ananias in the Bible appears in the Acts of the Apostles (Acts 9, 1-26; 22, 4-16), and plays an important role, as he is the one designated to baptise St  Paul after his conversion. “The Oriental tradition counts St Ananias amongst the 72 disciples Luke speaks of (10,1) and one of those who arrived in Damascus after St Stephen was stoned to death,” explains  Fr. Atif. St Ananias was the first Bishop of Damascus and the first martyr of Damascus.” He was arrested by the governor  Licinius and condemned to death, while he evangelised Syria. His remains were then taken to Rome and today are in the Basilica of St Paul. In Damascus remains what is believed to have been the house of Ananias, a crypt made up of two rooms, accessible from a staircase of twenty-three steps. It is the debris that has accumulated over the centuries that has caused the land to rise in this part of the city of Damascus.

Some accounts declare that straightaway the house of Ananias became a place of pilgrimage and prayer for the first Christians, so that - as for the other Holy Places linked to the life of Jesus – the Emperor Adrian had a pagan temple built, to remove the Christians’ worship. The house is on top of the remains of the Byzantine church of the Holy Cross of the 5-6th century, found during the excavations conducted by the Count Eustachio De Lorey in 1921.

In 1347, from the account of the Franciscan Poggibonsi, we know that the church was converted into a mosque and that only later was it transferred to the Christians. According to the Arab writer Ibn Shaker, the Caliph Walid I gave it in exchange for the church of St John the Baptist, which became part of the Mosque of the Omayyads, today the main place of worship in Damascus. In the following centuries, the house of St Ananias became a place of worship for Christians and Turks, as stated by the Franciscan friar Antonio Di Castillo: “The Turks who look after it keep many lamps lit.”

At the end of the 12th century, the house of Ananias was once again converted into a mosque, until 1820, when the Custody of the Holy Land obtained its return. The chapel was rebuilt in 1867 (it had been razed to the ground in 1860) and then renovated in 1973.

In Damascus there is also the place where according to tradition, the episode of the conversion of St Paul took place, in the neighbourhood of Al Tabbaleh, and where the Franciscans of the Custody of the Holy Land had built a chapel in 1925. In its place, Pope Paul VI wanted the memorial of St Paul, which was inaugurated in 1971 and is the second shrine in Syria in the care of the Franciscans.

“Our mother house of the Franciscans of the Custody of Damascus, is inside the walls of the old city,” says Fr. Bahjat Karakach, superior of the convent.  Today six friars are in service  in Damascus, in the two parishes, one dedicated to the conversion of St Paul and another to St Anthony of Padua. The Franciscans devote themselves to looking after the two shrines as well as looking after the local Christians. “There are about 300 families of faithful of the Latin rite in Damascus, but the ones left are mainly elderly,” explains Fr. Bahjat. “Many young people fled the country during the years of war.”

The problems of the Coronavirus pandemic  have further aggravated the already difficult situation in Syria, even though it is difficult to see it from the official figures, due to the scarcity of the swab tests carried out. In August, three other friars and myself caught the virus but thanks to God we recovered. Two friars of the community in Aleppo, unfortunately, died.”

Today life is very difficult in Damascus, as Fr. Bahjat tells us: “There is a shortage of petrol and there are  mile-long queues at the service stations. There is a strong sense of despair and many people are only waiting for the frontiers to open again to flee. People are exhausted. Now the winter is coming, we already know that there will be an emergency for the diesel oil for heating. Electricity comes and goes. The rations of bread, distributed directly by the State in Syria, have been reduced. With the sanctions imposed, the country cannot start off economically again: the Syrian lira has lost its value and prices are sky high. People cannot see the horizon and we are living in a situation of emergency worse than during the bombings of the war. In addition, the Lebanese crisis has also had a great impact on Syria because many Syrians work in Lebanon and so today there are people who can no longer help their families. All the aid used to pass through Lebanon, but now Lebanon is on its knees.”

In the face of so much suffering, the Franciscans of the Custody, thanks also to the  aid of the NGO Pro Terra Sancta, try to offer support to the population, with an emergency centre that has been operating for four years and gives about 400 families vouchers to buy food. Medicine is also supplied to some 300 patients, as well as offering aid to those who have to have operations. Small sums of money are used to give support to university students, as well as contributions for milk for babies and courses on running the home or to join the labour market. Courses of psychological support for children and teenagers are also fundamental, as are music courses for the youngest.

“Everything seems difficult and it is difficult to keep hope,” confesses Fr. Bahjat.  At the last meeting I had with the catechists, I said things clearly. Putting our hope in an improvement of the situations seems rather utopian now. We can do nothing but consider our presence as a mission which we have to live at the price of carrying a heavy cross. Hope does not exclude suffering, but in some way it includes it. However, something concrete has to be done to be able to tell young people to stay here.”

“Today we need everything,” according to the friar of the Custody in Damascus, but above all it is important that people continue to speak about Syria. “People often forget about the Syrian question or the news is biased,” he says. “I would like it if people spoke more about the Christian community in Syria, which is the oldest in the world. In addition, we need an international community that works for Syria to get back on the world scene. How can we give hope if the country cannot be rebuilt? You can help us with prayer, with  economic support and with moral support.” 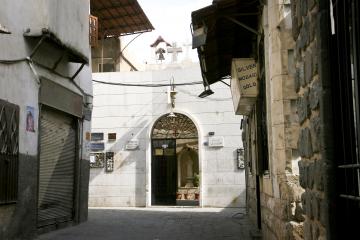 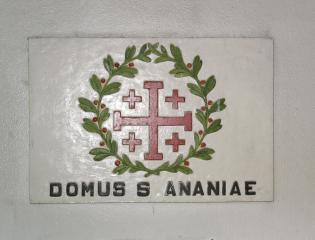 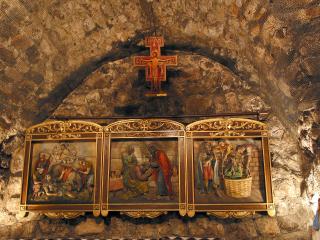 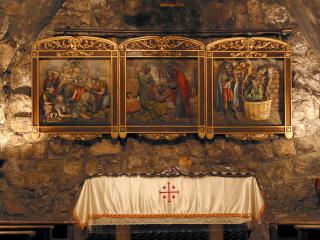 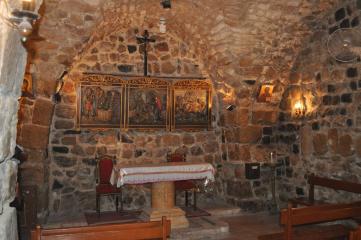