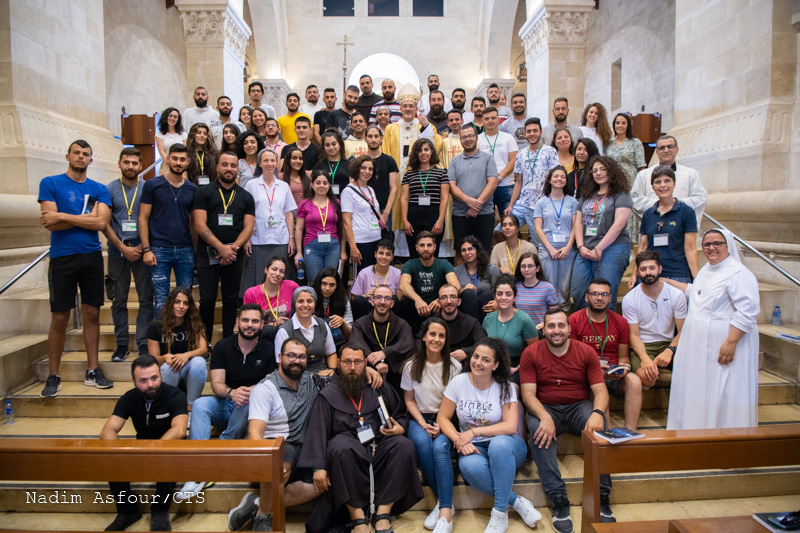 The thirtieth Franciscan march, the experience of a walk proposed by the Pastoral Care for the Young of the Custody of the Holy Land for young people aged from 17 to 30, ended on Monday 9 August.

Since it began on 2 August, on the Pardon of Assisi, the 100 or so youngsters present covered sixty kilometres, reaching the final destination: Mount Tabor.

The theme of the march was "Don’t be afraid of putting out into the deep”, an important topic in a time of global concern. "To put out into the deep,” explained Fr. Raffaele Tayem, in charge of Pastoral Care for the Young,  "we have to leave something behind us: this is what we have tried to do in the past few days. It is not easy for a young person to leave everything they are used to for the unknown, but it is the only way to find God and many experienced this.”

The marchers walked through the northern region of the Galilee, starting from the Arab village of Horfesh, which has a population with a majority of Druze but also a solid Christian presence. Then they went through Fassouta, a Melkite Christian village, which is almost on the border with Lebanon, to then follow the route of the Qern river (in the Wadi Al Qern) towards the Christian village of Mi'ilyawhere they stayed for three days to experience a penitential moment, with confessions and adoration, but also with of mission in the homes of the local Christians.

"This week was really challenging but fantastic,” says Maria Abu Elassal, aged twenty, from  Nazareth. "I came here with the intention of looking for the voice of God, but I discovered that his voice has always been present in my life: in the Bible, in the people who are at my side supporting me, in nature, in the people around me and in my heart. I feel really lucky to be here.”

It is an external walk, but also an inner path, accompanied by various moments of celebration and prayer. "In one of the villages we took the Blessed Sacrament and the statues of the Virgin Mary in procession  through the whole village. We went to say hello and bless the families who welcomed us with great enthusiasm and the youngsters very keenly joined in all the initiatives proposed,” Fr. Raffaele continued. Despite the difficulties due to the permits for the youngsters from the West Bank, which halved the number of participants from that part, the youngsters came both from Israel and from the Palestinian Territories, specifically: Nazareth, KafrKanna (the "Cana" of the Gospel), Jerusalem, Bethlehem, Ramallah, Jeninand other villages.

"We were amazed by the riches that these youngsters have in them" Fr. Raffaele explained. "There is so much pain, so many questions, so many experiences, but also so much joy and desire to walk with the Lord."

It was also an enriching experience for Eva Saffoury, aged twenty-two, from Cana – the city of the first miracle. “It is my third march, and since I took part for the first time, I  have oriented by year around this experience,” Eva explained. "In these few days I feel completely detached from my ordinary life. I have learned to be more grateful even for pain and the adversities of life. I have learned to thank God for all his gifts and that negative experiences can be transformed into blessings.”

The youngsters entered  Mount Tabor, holding hands in prayer. It is there that the Franciscan March ends every year, with the last three days of meetings and discussions. This year the youngsterswere joined by the Latin Patriarch of Jerusalem, Mons. PierbattistaPizzaballa, for a meeting on the condition of the local young Catholics and the conclusive mass. 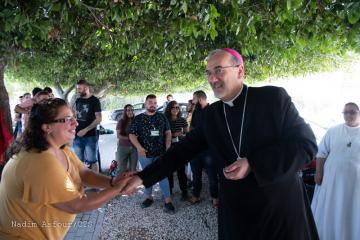 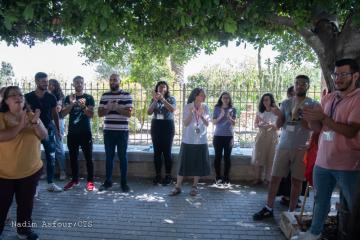 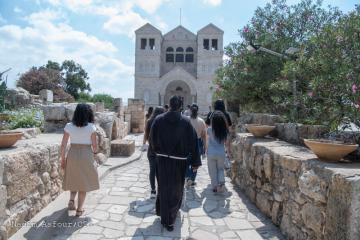 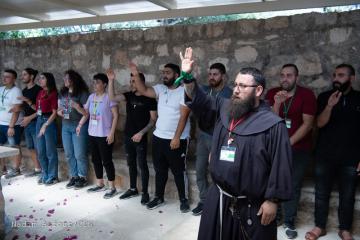 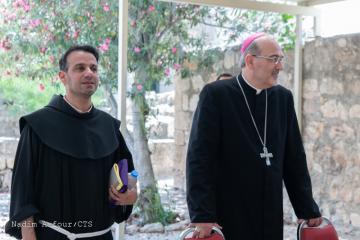 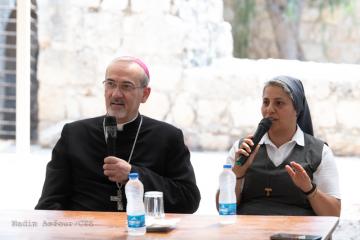 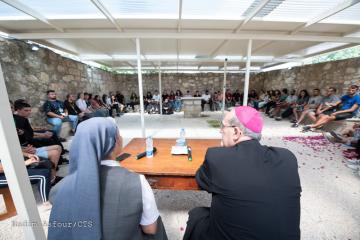 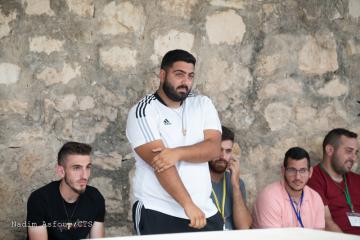 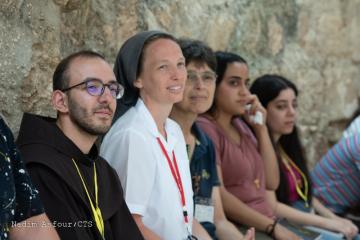 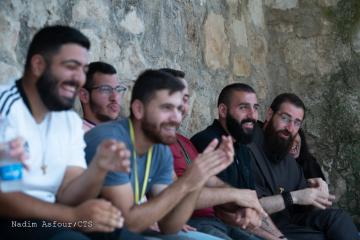 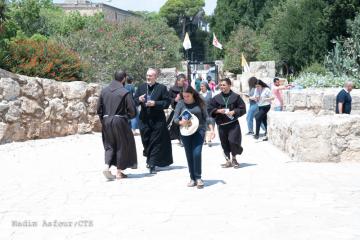 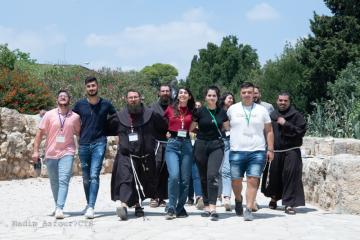 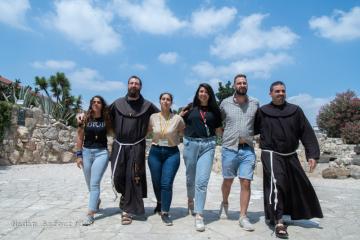 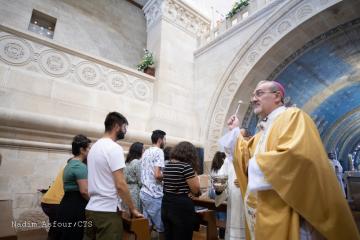 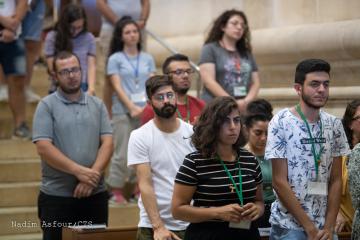 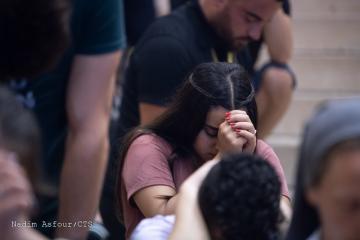 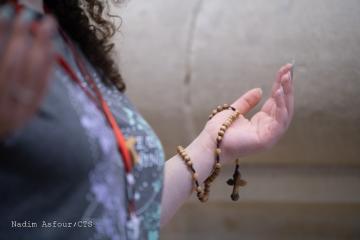 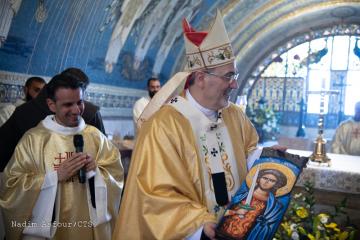 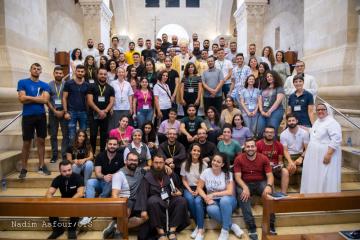 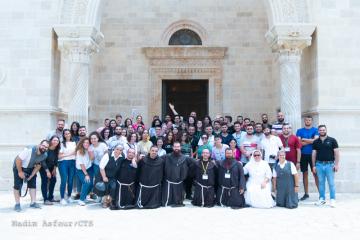 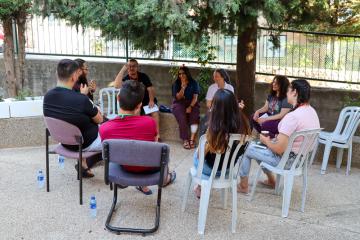 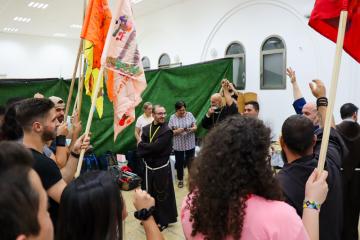 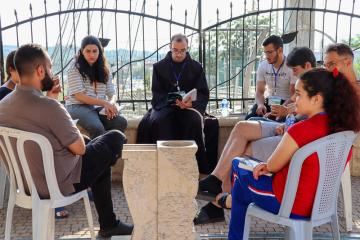 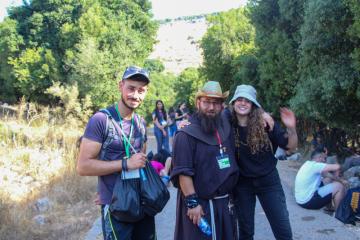 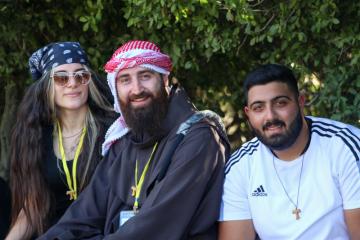 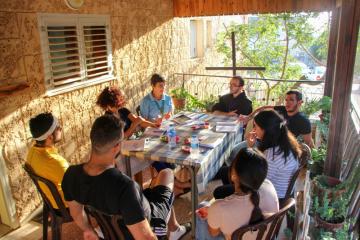 The Franciscan March in the Holy Land