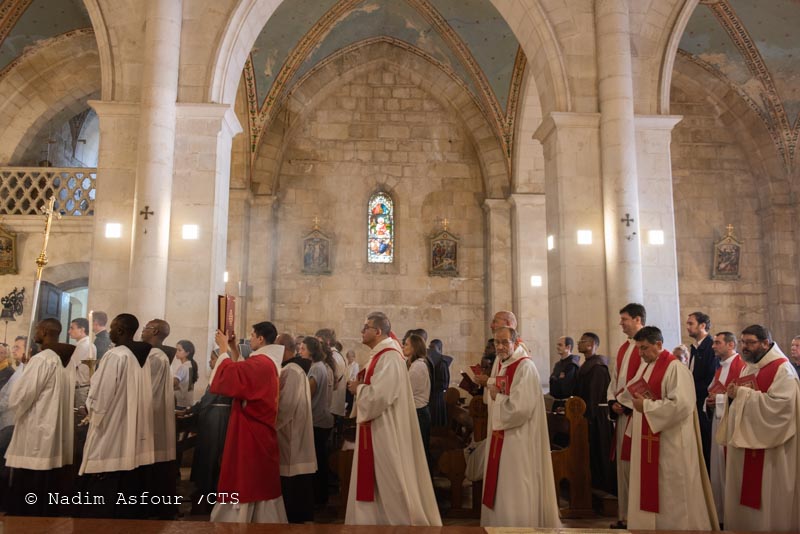 As per tradition in the Holy Land, the feast of Saints Cleopas and Simeon, the two disciples who met Jesus after the Resurrection, on the road to Emmaus, was celebrated on Sunday 29th September.

The peregrination, on the Sunday immediately following the day shown by the Gregorian calendar, is one of the two official moments of the visit to the Shrine and the site of El-Qubeibe (“small dome” from the Arabic). The Shrine, called of the Manifestation of the Lord, recalls the meeting between Jesus and the two disciples who recognized him in breaking the bread: together with Abu Gosh and Nicopolis, it is one of the three sites to which this memory is attributed, but it is the only Franciscan one. It was purchased in 1861 by the Marchioness and servant of GodPaolina de Nicolay and donated to the Custody of the Holy Land. Since then, the different excavations have led to finding remains of the Crusade basilica founded on the “House of Cleopas” and some village homes lined up along the Roman road at a distance of about 60 stades from Jerusalem, coherent with the coordinates that are given by the Gospel of Luke (24, 13-35).

It was Fr. Dobromir Jasztal, Vicar of the Custody of the Holy land, who celebrated the Holy Mass. In his comment on the readings, Fr. Dobromirspoke of the status of the two disciples at the time narrated by the passage in the Gospel. “In the Evangelist’s account,” said Fr. Jasztal“the two disciples have stopped looking. Their hearts are full of bitterness and frustration because their dreams have been disappointed. They believed they had found an answer to their hope but everything is over.” At that moment, God comes closer and walks with them, relates Fr. Dobromir, and it is he who also illuminates the life, death, and resurrection of each person, the path of history in which we are all immersed.

“The message of today’s celebration,” commented Fr. Dobromir“is to learn to reread one’s story in the light of the scripture to interpret everything that happens to us in life from it, in short: the experience of the two disciples that Jesus gave them when he broke the bread.” 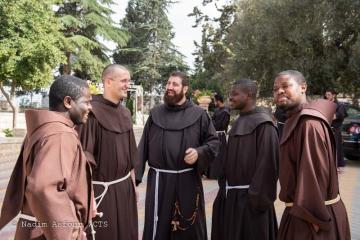 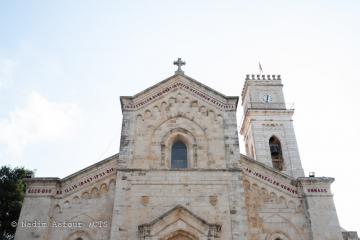 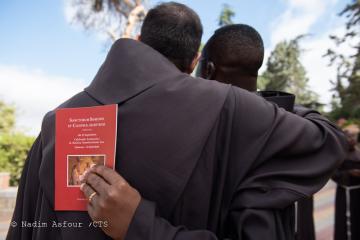 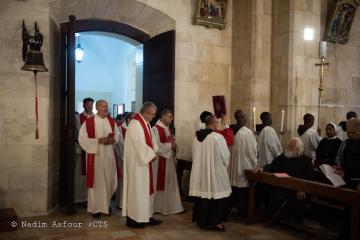 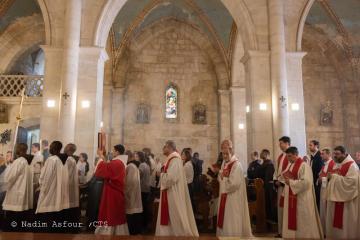 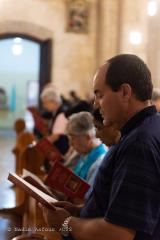 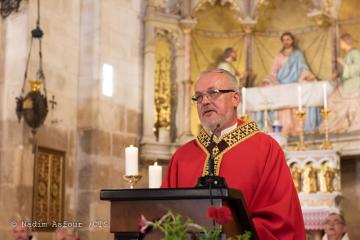 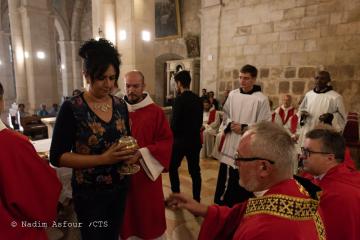 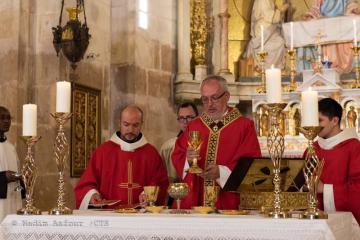 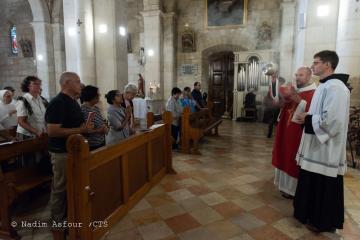 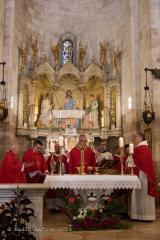 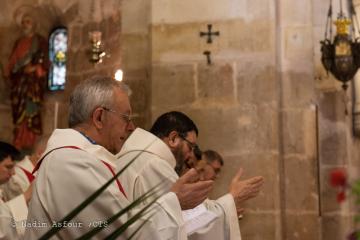 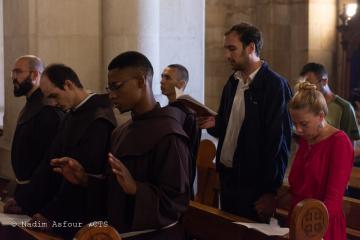 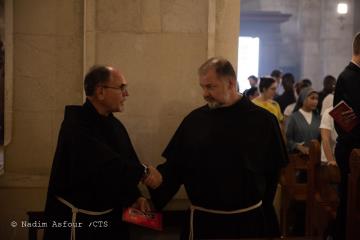