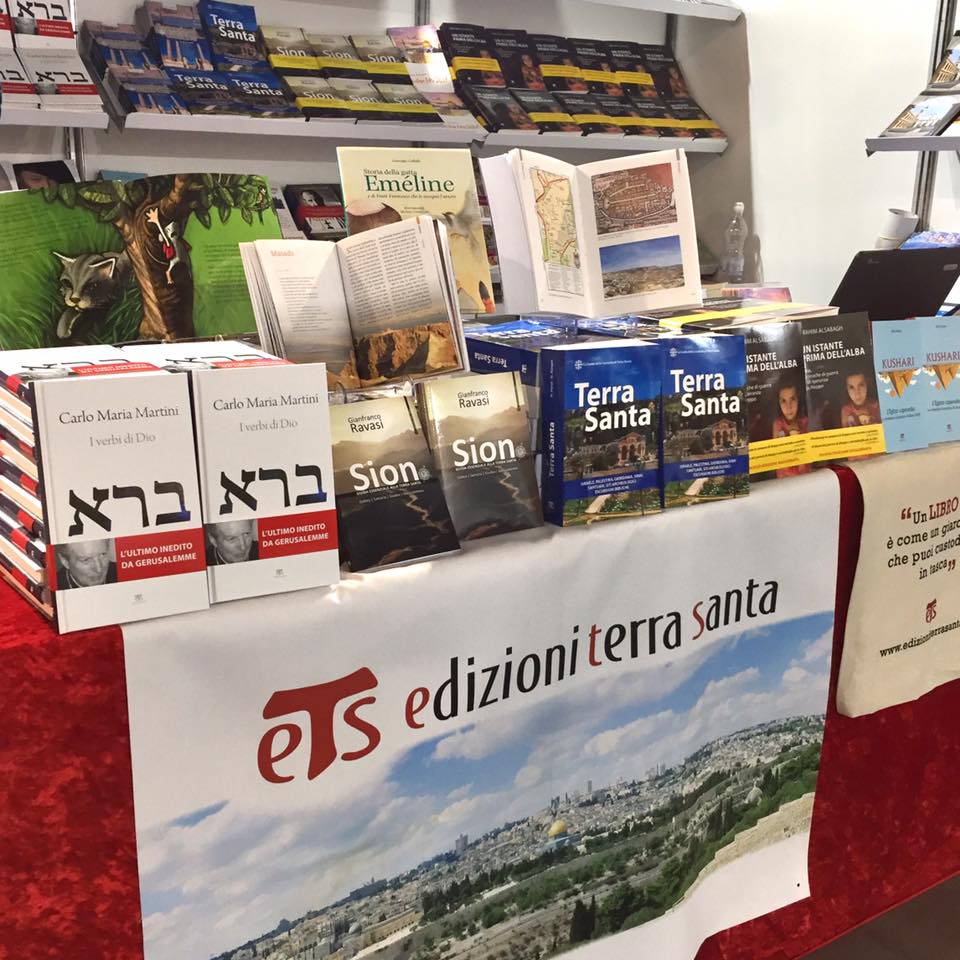 The story of the Edizioni Terra Santa began in 2005, in the wake of the work of the Centro propaganda e stampa which, from the first decade of the 20th century in Milan, gave voice to the Franciscan experience in the Holy Land. “The Edizioni Terra Santa were started to continue the work of the Franciscan Printing Press (FPP), in Jerusalem since 1847, to be able to guarantee distribution in bookshops of the scientific works and of the Studium Biblicum Franciscanum in Jerusalem.” This is how Giuseppe Caffulli, director of ETS, explains the genesis of the publisher. From the very start, the Edizioni also had the purpose of becoming the instrument to publish the magazines of the Custody of the Holy Land in Italy. The ETS then became part of the Fondazione Terra Santa, when it was established in 2011 to coordinate all the cultural projects in Italy linked to the Custody of the Holy Land.

“When I arrived here at the head office of the Edizioni in Milan, I was by myself on the first day and then with time all the offices were set up,” the director tells us. Today, there are about fifteen people, including employees and freelancers, at work in the various sectors: administrative, subscriptions, book publishing, journalism and graphics. Giuseppe Caffulli has lived through all the history of the Edizioni, as he has directed the publishing centre since the beginning. “The Holy Land was one of my interests, in particular concerning the ecumenical and interreligious relations,” he explains. Meeting Mons. Pierbattista Pizzaballa, then Custos of the Holy Land (and today Latin Patriarch of Jerusalem) on a pilgrimage in 2004 organized by the Ecumenical Council of Churches, was the key occasion for the start  of the collaboration with the Custody of the Holy Land from Milan.

The Edizioni Terra Santa, as well as organizing the presentation of books in its catalogue,  holds a number of cultural initiatives, such as conferences and discussion meetings, which allow meeting personalities and scholars interested in the Holy Land. The initiatives held each year include, for example, the Days of Archaeology, Art and History  of the Near and Middle East (since 2015) and the Day for the Volunteers of the Holy Land, which for thirteen years  has brought together in Rome all the Italian associations working for the Holy Land.

As far as the circulation of the magazines published by ETS is concerned, fifteen thousand copies of the tabloid Eco di Terrasanta are sent every two months to all those interested in the Holy Places and who make a donation for the work of the Franciscans of the Holy Land. Then there are between six and seven thousand subscribers to the magazine Terrasanta, which addresses a public particularly interested in the reality of the Holy Land. Every month, between 50 and 60 thousand contacts reach Terrasanta.net, an online publication started in 2006, which in the past has also had pages in English, Spanish and Portuguese, but which today is only in Italian and French. “Terrasanta.net certainly brought with it the growth of the world of the social media with it linked to our publishing activity,” says the director Giuseppe Caffulli. “In addition to the journalism part, we also have that linked to books. We publish about sixty titles a year, from institutional and study texts, reflecting the scientific and academic activity of the Studium Biblicum Franciscanum, to books on the Holy Land, such as pilgrimage guides. We also publish books for those who want to approach biblical and spiritual topics with a language accessible to all.”

Next year is a particular year for the Edizioni Terra Santa, because the magazine Terrasanta will be celebrating one hundred years of activity. For the occasion, on 15th January 2021 a special monographic issue of 114 pages will be published which will try and go back over the past of the Holy Land, looking at various topics: the history of the local Church, the history of the Universal Church, the history of pilgrimages, the history of the geopolitics of the Middle East,  Biblical archaeology, and the Franciscan presence in the last century. Passages from old articles will be offered again to help readers understand the point of view then. The issue will also be available for purchase online on the website of the Edizioni Terra Santa, the important showcase of the publishing activity. After a decade of the existence of a bricks-and-mortar bookstore, sales are now made above all online on Edizioniterrasanta.it and on Terrasantastore.it, where objects linked to the Holy Land are also available.

“Because of the Coronavirus pandemic, our work has changed, as it has changed for everyone. The months of the lockdown were difficult, because al the sales channels were stopped and so had were only able to sell online,” concludes the director of Edizioni Terra Santa . The closure also made it impossible to organize cultural events and blocked the pilgrimages. The sector of pilgrimages is important for us because it is the channel that absorbs the guides, but above all because it creates attention  towards the activity  of the Custody and of the world that revolves around the Holy Land. We are now in a more thriving position, but we know that the situation is difficult in general and the first sector that is affected is that of culture. We are resilient and we want to carry on.” 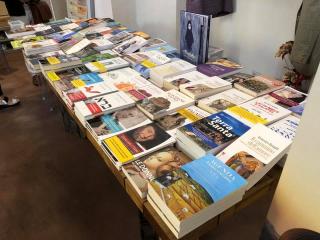 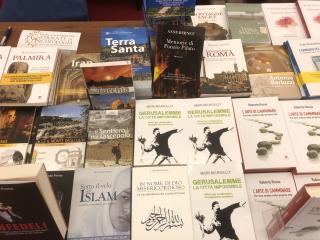 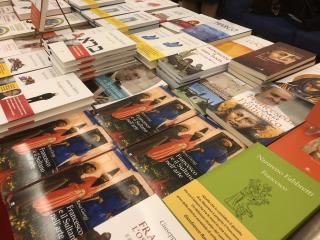 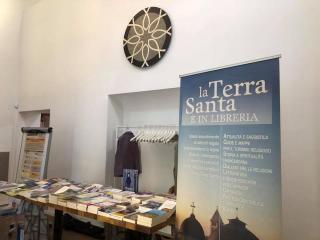