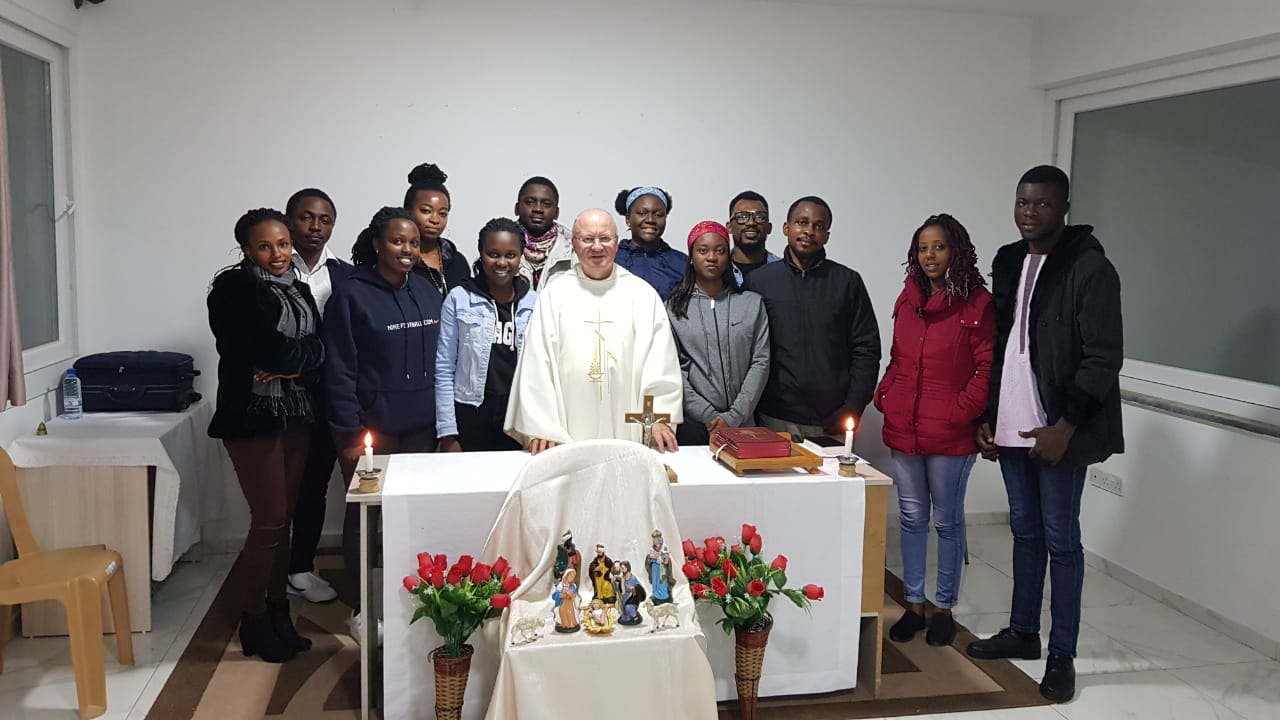 Early last March, the Covid-19 pandemic reached Cyprus as well, where the Latin community, made up of a few thousand Christians, is composite and variegated. “Cyprus is a beautiful and challenging initiative,” explains Fr. Jerzi Kraj, delegate of the Custody for Cyprus and Vicar of the Latin Patriarchate of Jerusalem in Cyprus. “We have been affected by the economic crisis as well, considering that we receive offers both for Holy Masses and from direct donations by people. But thanks to God and Providence we are in need of nothing and we will continue to serve the community with joy and generosity.” In the weekly celebrations of the parishes of Cyprus, there are about five thousand faithful, but only 2,500 are citizens of Cyprus. The remainder are represented by foreign workers or the children of migrants, from Europe, the Middle East and South-East Asia. They are looked after by the Caritas of Cyprus, which is presided by the Maronite Archbishop of Cyprus, Youssef Soueif, and the Deputy President is Fr. Jerzi Kraj, representing the Latin Church.

“We Latins are present in the four parishes and main cities of the Republic of Cyprus: Nicosia, Larnaca, Limassol and Paphos,” explains Fr. Jerzi Kraj. “In addition to our five Franciscan friars, there are three priests of the Incarnate Word who run the parish of  Paphos”. Since when all public places were closed in March, it has not been possible to officiate celebrations in the north of the country, where there are also four chaplaincies for the community of migrants in the Turkish zone. “It was not until 28th June that I was able to celebrate the first Mass,” explains Fr. Jerzi. “Even now, we occasionally go to the north, because they have not yet reopened the frontier with the Turkish part.”

In the church of the Holy Cross in Nicosia, where the Franciscan lives, the celebrations of the Eucharist could be resumed from 23rd May. Today for the Mass, some fifty people are welcomed inside, respecting the rules on social distancing, while the remainder of the faithful can follow from outdoors, in the garden, through loudspeakers.

To remain alongside the community, every day the daily prayer of Vespers and the adoration of the Most Holy Sacrament, as well as the mass every Sunday live, were streamed on the Facebook page of the Nicosia church. The serve has been suspended for July and August but could return in September.

There have also been a number of initiatives, such as the distribution of food, to try and meet the needs of people in difficulty. “Many of them are foreign workers,” Fr. Jerzi continues, “They have been dismissed or, doing odd jobs and without a contract they are now unemployed. For the migrants it has also been difficult to find suitable accommodation according to the rules on quarantine. Many live in apartments with ten or fifteen people and the police have come several times to try and evict them.” In Nicosia, in the parish premises, there is the Caritas centre which helps Syrians, Palestinians, Pakistanis and people from many other countries. Some are refugees, others are victims of migrant trafficking and have paid very large amounts to reach European countries, whereas they have been dumped in Cyprus and are now without any assistance.

“In our Nicosia parish, we have offered Caritas free of charge the St Anthony room,  where the daily activities take place,” says the superior of the church of Nicosia. “Before the Covid-19 in the St Francis room in the convent, courses used to be held there and we would offer Sunday lunch to hundreds of peoplne, but we had to stop this because of the emergency. Since May, Caritas has resumed its activities outside the church, so as not to overcrowd the indoors.” About two thousand migrants a week are assisted with legal problems and others are given accommodation in a dormitory. There are also various activities of support  through charity associations in the parish of Larnaca and Limassol.

“Thanks to God in our community we have no cases of Covid-19. I believe this is special protection from St Antony, who we pray to every day since the Custos of the Holy Land asked us to,” says Jerzi Kraj -. Cyprus is a window on to the Middle East and we are praying that peace and reconciliation can start from this very island. This year, Cyprus is celebrating its sixtieth year of independence, but for 46 years it has been divided and there has been a wound in society. We keep praying and working to build bridges and knock down walls.” 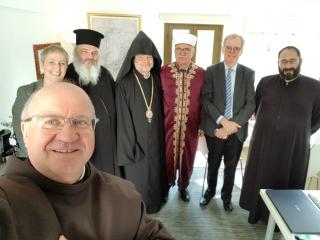 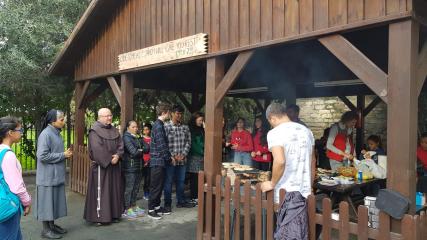 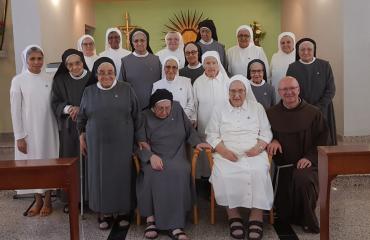 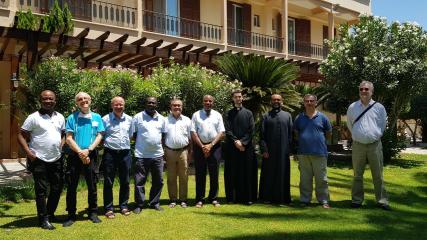 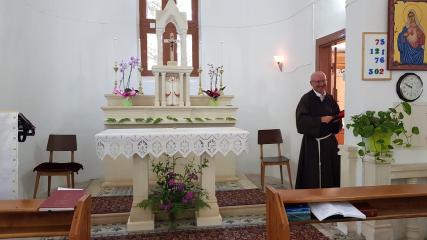 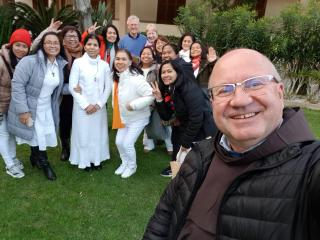 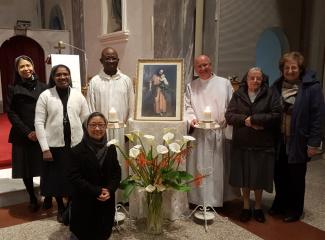 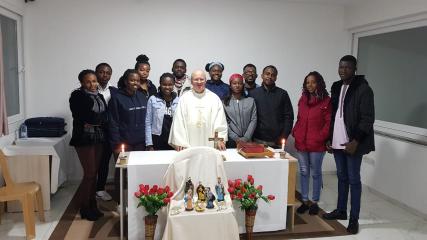 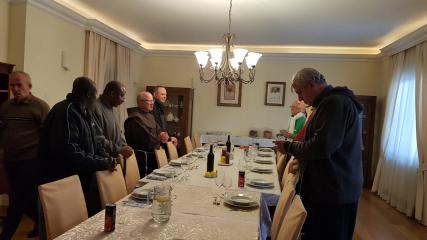 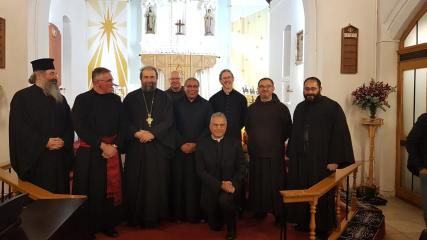 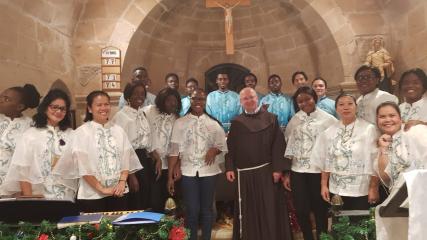 The week of prayer for Christian Unity in Jerusalem is back

Pope Francis in Greece meets the refugees: a testimony