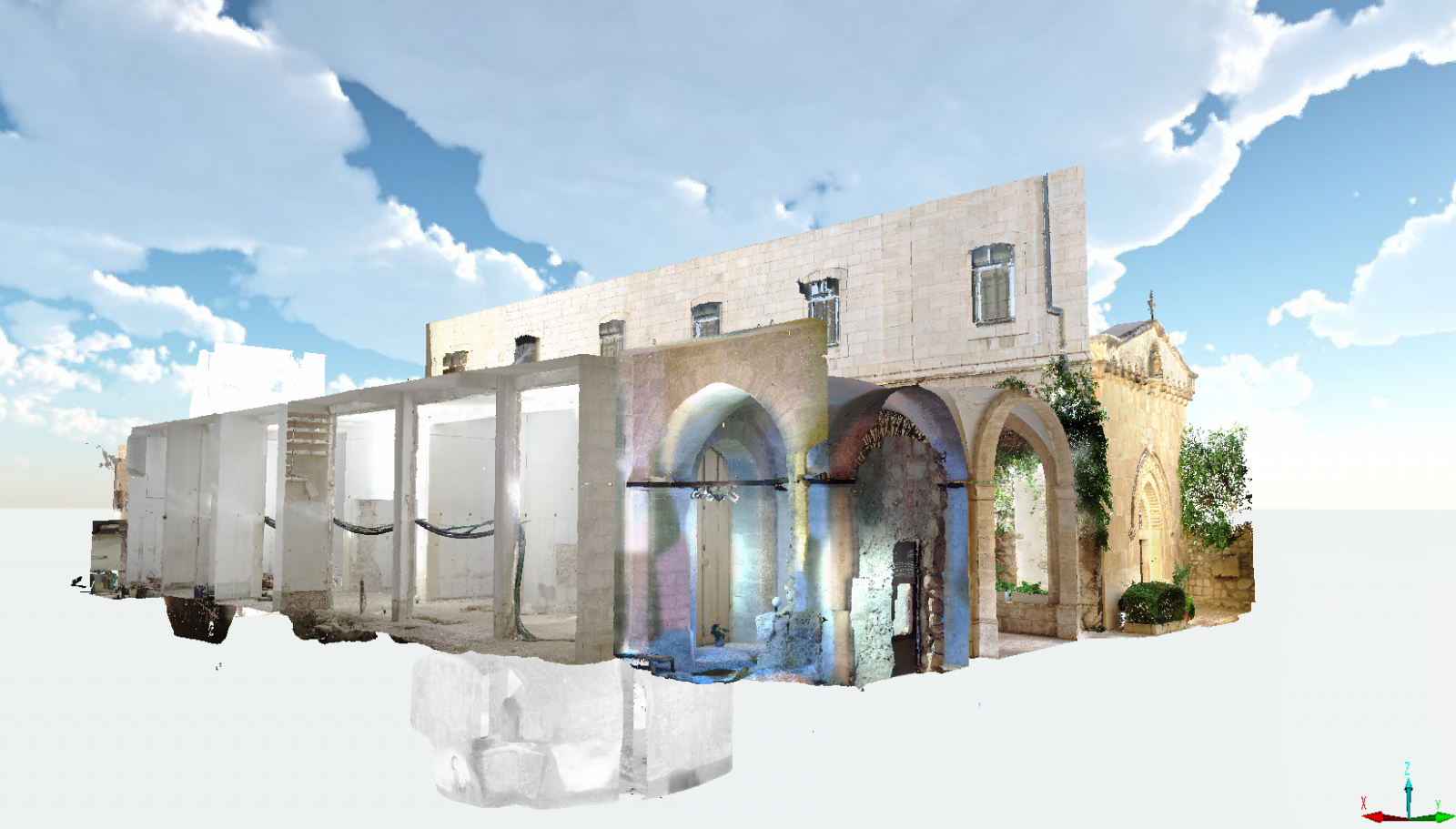 On Monday 25 November, the construction site at the Terra Sancta Museum in the convent of the Flagellation, along the Via Dolorosa in the old city of Jerusalem, was reopened. The first part of the museum, which houses the archaeological collections of the Studium Biblicum Franciscanum, was inaugurated in 2018 and during the construction of the museum’s spaces, the need arose to consolidate some parts of the structure of the future museum. Since the opening of the first rooms, the study and analysis of static and structural problems have not stopped, and now, it is finally time to start work.

The museum will be constructed on the ground floor of the convent of the Flagellation. The first phase of the job is to consolidate the existing structures, while making improvements to update the structural features of the building, such as seismic resistance. This phase of work will also resolve structural problems in the foundations, in the array of the pillars that support the ceiling, and in the beams and in the walls, reinforcing weak areas with special plasters.

For this construction site, some sophisticated tools have been used, such as laser scanners, which have allowed the virtual reconstruction, point by point, of the area of the museum in detail and to provide information that would otherwise be difficult to obtain. The scanner survey helped in particular to reconstruct the ancient cistern, located underneath the room affected by the work. The thin pillars that support the ceiling have their foundations right in the cistern and it was necessary to understand if the part of them underground, inside the cistern, was in line with the upper part, as then actually occurred, thanks to the survey.

The second phase of work involves the construction of new structures for the museum. The most important task will be the construction of a mezzanine floor where the last section of the exhibition will be developed. For the creation of the slab, it will be used carbon fiber, a very thin and light, cutting-edge material that can integrate the resistance of the cross-beams and slabs without increasing the weight and bulk of the structure. In the case of the Terra Sancta Museum, using carbon fiber will help maximize space—this is advantageous for efficiency and purely architectural-functional aspects—and, moreover, will not affect the lighting of the room. The attic will be built offsite and assembled onsite, which will require the high precision that laser scanner technology allows.
The laser survey of the area affected by the works in the Flagellation Monastery ©Techinical Office Custody of the Holy Land

The overall project of the museum is handled by the studio Tortelli e Frassoni Associati of Brescia, already responsible for the first part of the museum. The work is directed by Shaffer & Ronen of Jerusalem, under the supervision of the Technical Office of the Custody, directed by the engineer Leonardo di Marco, in collaboration with the Italian studio R+Struct. The company that carried out the work is Expressions Engineering, already active in the renovation of the church of San Giovanni in Ain Karem.

It will take six to seven months to complete the consolidation and construction of the new structures. Once these phases have been completed, the construction work can begin, for which a further six months of work are estimated.