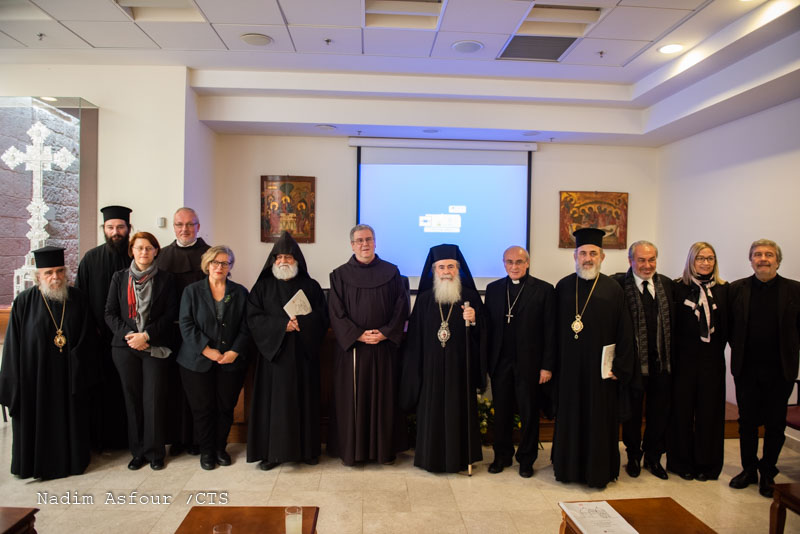 The project for the second phase of the restoration of the Holy Sepulchre was presented on 10th December in the Franciscan convent of St Saviour in Jerusalem. The members of the technical and scientific committee, made up of the Fondazione Centro per la Conservazione ed il Restauro dei Beni Culturali "La Venaria Reale" of Turin (CCR) and the Department of Studies in Antiquity of “La Sapienza” University of Rome, spoke In the presence of the heads of the three Christian Churches responsible for the Status Quo of the Holy Sepulchre (Greek Orthodox, Catholic and Armenian). On 8th October last, the two institutions signed a framework agreement with the Custody of the Holy Land for the study and the final project of the restoration work necessary, on the progress of which they will report every two months.

Fr. Francesco Patton, Custos of the Holy Land, gave the welcome address, recalling the wonderful experience of cooperation between the Churches for the first part of the restoration which was concluded in 2016 and hoping the same for this second phase.
There will be four areas of work: conservation and restoration of the floor of the Basilica; evaluation of the stability and securing of the Holy Edicule; implementation of technical facilities (plumbing, electric, mechanical, fire prevention) and archaeological research.
The project was illustrated by the director of the works and supervising architect Stefano Trucco,the deputy director of the works Michela Cardinali and the coordinator of the project Paola Croveri, members of the CCR "La Venaria Reale".

For the conservation of the Basilica floor, the starting point will be the data collected by the previous studies carried out by the University of Athens (with the support of the Greek Orthodox Patriarchate of Jerusalem), responsible for the restoration completed in 2016. Scientific investigations will be carried out (phase 1) for the characterization of the different materials of the floor, the geophysical investigations and monitoring the environment, in order to plan a series of experimental tests to clean the stones (phase 2). To keep the continuity of the spaces and the materials of the floor, the area concerned by the restoration, as well as that of the Anastasis which surrounds the Holy Edicule, will be extended to the ambulatory and to the entrance of the church.

An interdisciplinary group made up of restorers, archaeologists and installation planners will work on evaluating the stability and securing the Holy Edicule. The experts will deal with collecting and analysing all the possible information on the history of the construction  and  subsequent work carried out on it. Work will be carried out to investigate the real existence of underground channels, detailed geometric surveys and surveys of the structural pathologies of the Edicule.
To implement the technical structures useful for the religious who live in the Holy Sepulchre and the large number of pilgrims who pass through it every day, the current situation will be analysed in terms, for example, of temperature, humidity and concentration of pollution. After having defined the improvements necessary and the needs expressed by the resident  Christian Communities, alternative solutions to the problems will be sought.

The Department of Studies in Antiquity of  “La Sapienza” University of Rome will deal with the archaeological research connected with the restoration work. Prof Francesca Romana Stasolla, who heads the work group, explained to the heads of the Christian Churches that they will collect the most complete archaeological documentation possible to build up a database and three-D maps using the data. In collaboration with the Department of Electric, Astronautic and Energy Engineering of “La Sapienza” University of Rome, the transformations of natural light and acoustics in the Holy Sepulchre will be analysed and studied, starting from the present-day conditions, The “La Sapienza” group will also document the works and phases of the restoration project.

The archaeologist Carla Benelli of the  Ats Pro Terra Sancta Association, the NGO of the Custody of the Holy Land, explained that the project presented can be funded thanks to a donation from a benefactor, of the value of $500,000, collected for the project.
Great satisfaction was expressed by the Greek Orthodox Patriarch of Jerusalem, Theophilos  III: “As a Church, it is important that we are committed to protecting and preserving the autonomy of the Holy Sepulchre, which is also good for our Christians. The presentation of this project is therefore important for us, but also for transparency, which can give us credit and trust with our sponsors.”
Father Samuel Aghoian, representing the Armenian Patriarch of Jerusalem, Nurhan Manougian, gave his congratulations to the project, wishing the undertaking every success. 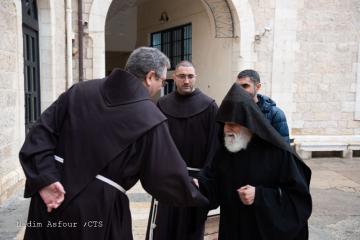 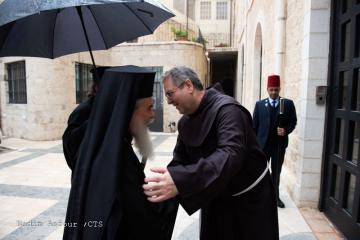 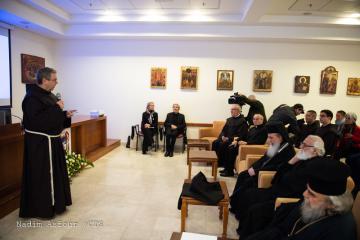 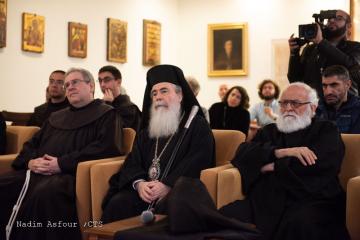 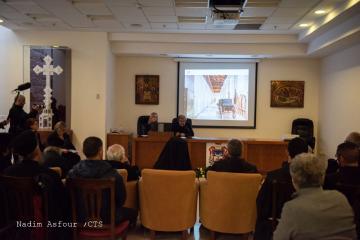 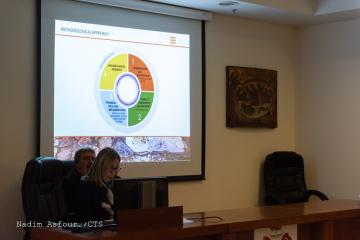 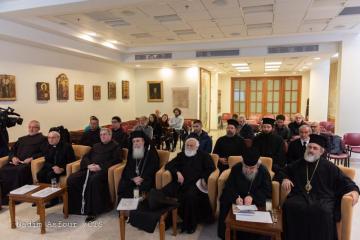 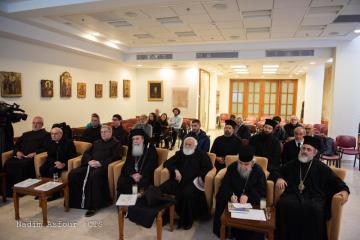 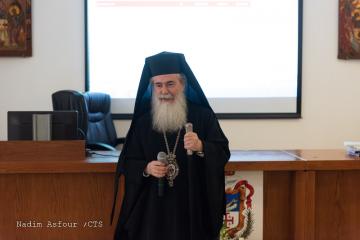 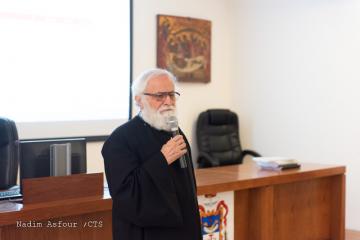 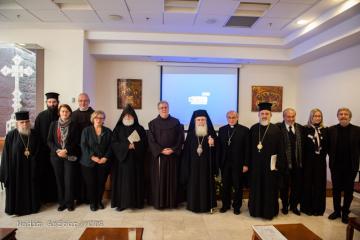