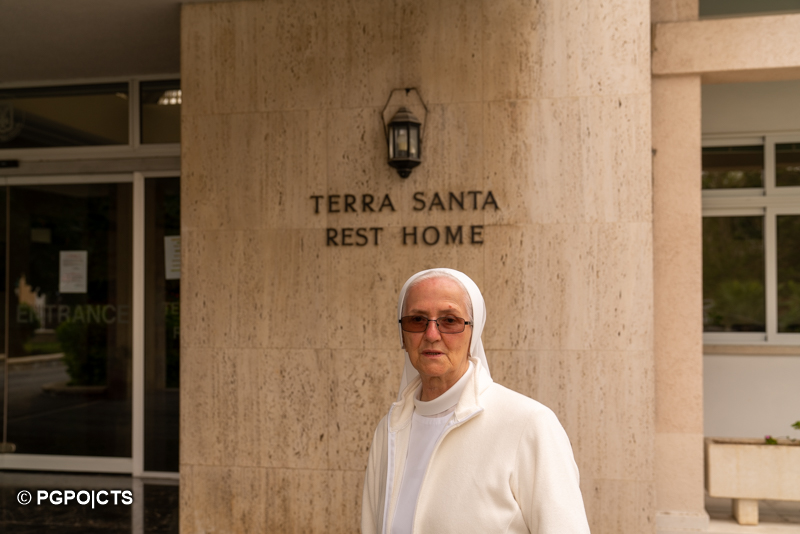 In their daily work of accompaniment and support for the “living stones” of the Holy Land, the Franciscan friars of the Custody try not to forget anyone, not even the most fragile. For over fifty years they have looked after the elderly of Larnaca, in Cyprus. Right next to the  Latin parish church of Larnaca, there is the Terra Santa Rest Home, a home for the elderly, to which the congregation of the Missionary Sisters of the Sacred Heart are dedicated. The sister in charge, Sister Germana Tomat – who comes from the province of Udine in Italy – cherishes the stories of a life given for others:  “At first we only accepted self-sufficient guests, but at the moment we have many chronically ill patients without any possibility of return. These people are the “rejects” that Pope Francis talks about. They are elderly people nobody wants any more or whose family can no longer realistically look after them as they require specialized medical care. As far as we are concerned, we know that above all the difficulties there is Christ, who suffered more than anyone. He wants us to devote ourselves to these people.”

The Terra Santa Rest Home in Larnaca is in a building next to the parish church which in the 1970s became a centre for the elderly. Ever since the beginning, Sister Germana has offered her service in the home, on the strength of a twofold vocation to which she was called as a little girl: “When I was twelve, I had to go to hospital and I remember the feeling I had when a woman in the bed next to mine asked me for water and a nurse came in to give it to her. That scene made a great impression on me and with time I became aware of this vocation to become a nurse. Then when I was twenty-two the radical call came to follow God, to give myself completely to serve him and others.”

This is how Sister Germana, as a consecrated woman and as a nurse ended up living in the Terra Santa Rest Home even in wartime:  it was 1974, just before the Turkish occupation of Cyprus. “The other three sisters and I were serving here in Larnaca when the Provincial Mother called us to tell us that because of the political situation, as foreigners, we could leave the house, to seek refuge elsewhere. We could not abandon our elderly and so we stayed. At that time, I was a very young nun and nurse and for me it was a tragic experience, but one which opened me up to the people. We took in many evacuees, people who had fled their homes.”

What still makes a very great impression on Sister Germana is remembering the trust of the people who would knock on the door of the house of the Custody of the Holy Land, seeking help. “Hundreds of people came here and we out them up. When there was no bread, baskets of bread would arrive as a gift: it was Providence.” As in those days, with the help of God, today the facility is still able to continue, with up to thirty-eight elderly residents, who are looked after by six nuns, helped by doctors and nurses. “The guests include Greek Orthodox, Armenians, Anglicans, Jews and we have also had Muslim guests in the past. We only ask which religion they are to know which priest they will want at the moment of the final farewell,” says Sister Germana. Despite the decline in the number of guests in the period of the pandemic, when most of the people arrived in terminal conditions, the house survives thanks to the rates paid by the patients, the service offered by the Missionary Sisters of the Sacred Heart and the support of the  Custody of the Holy Land. 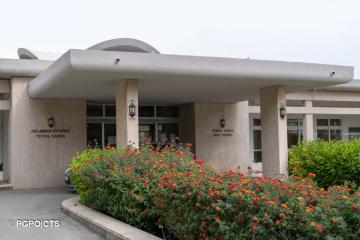 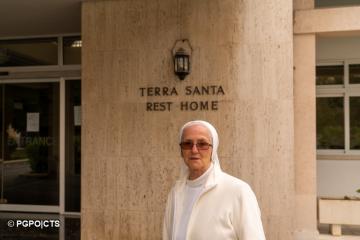 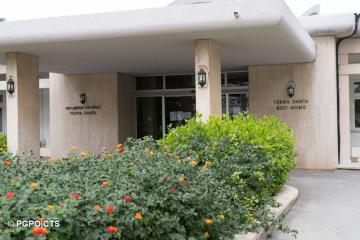 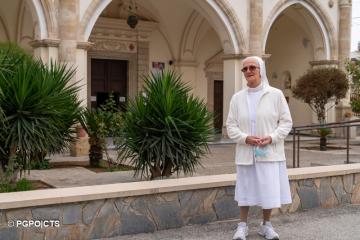 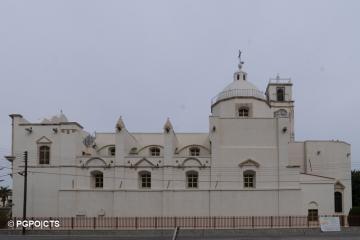