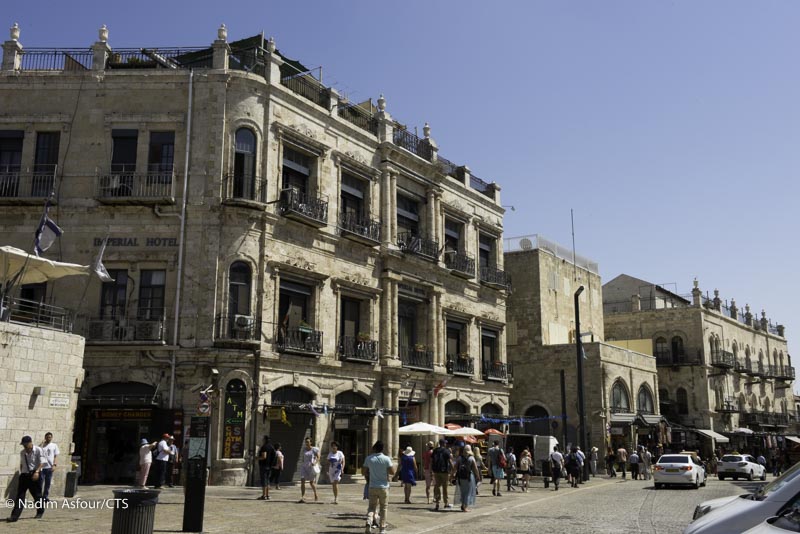 In July 2017, we, the heads of the Churches in Jerusalem, were compelled to issue a public statement of concern regarding breaches of the Status Quo that governs the Holy Sites and ensures the rights and privileges of the Churches. This Status Quo is universally recognised by both religious authorities and governments, and has always been upheld by the civil authorities of our region.

We now find ourselves united once again in condemning recent further encroachment on the Status Quo. In such matters as this, the Heads of the Churches are resolute and united in our opposition to any action by any authority or group that undermines those laws, agreements, and regulations that have ordered our life for centuries.

There have been further actions that are a clear breach of the Status Quo. The judgement in the “Jaffa Gate” case against the Greek Orthodox Patriarchate of Jerusalem, which we regard as unjust, as well as a proposed bill in the Knesset which is politically motivated that would restrict the rights of the Churches over our own property, are further assaults on the rights that the Status Quo has always guaranteed.

We see in these actions a systematic attempt to undermine the integrity of the Holy City of Jerusalem and the Holy Land, and to weaken the Christian presence. We affirm in the clearest possible terms that a vital, vibrant Christian community is an essential element in the make-up of our diverse society, and threats to the Christian community can only increase the troubling tensions that have emerged in these turbulent times.

Such attempts to undermine the Christian community of Jerusalem and the Holy Land do not affect one Church only; they affect us all, and they affect Christians and all people of good will around the world. We have always been faithful to our mission to ensure that Jerusalem and the Holy Sites are open to all, without distinction or discrimination, and we are unanimous in our support of the actions, including a High Court appeal, against the judgement in the “Jaffa Gate” case and in our opposition to any proposed law that would restrict the rights of the Churches over our properties.

We therefore, as those to whom Divine Providence has entrusted the care of both the Holy Sites and the pastoral oversight of the living, indigenous Christian communities of the Holy Land, call upon our fellow Church leaders and faithful around the world, as well as the heads of governments, and all people of good will, to support us in order to ensure that no further attempts are made from any quarter to change the historical Status Quo and its provisions and spirit.

We cannot stress strongly enough the very serious situation that this recent systematic assault on the Status Quo has had on the integrity of Jerusalem and on the well-being of the Christian communities of the Holy Land, as well as on the stability of our society.

We, the Heads of the Churches in Jerusalem, stand resolutely together in working for reconciliation and for a just and lasting peace in our region, and we ask God’s blessings on all the peoples of our beloved Holy Land.


The Patriarchs and Heads of Churches in Jerusalem