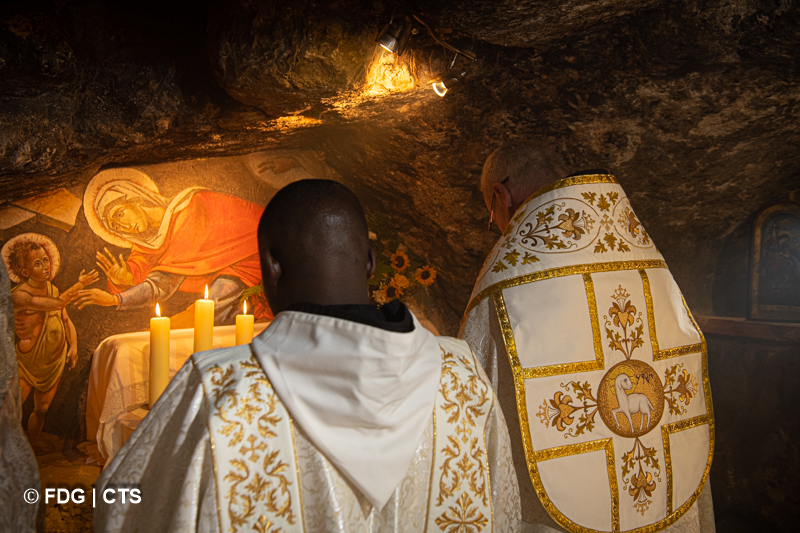 The Custody of the Holy Land celebrated the liturgy that the Catholic Church dedicates to the Nativity of St John the Baptist in Ain Karem. The celebrations started with the first vespers on Thursday 23 June at the shrine of St  John in the Desert and came to an end in the afternoon of Friday 24, with the solemn mass at the shrine of St John in the Mountain; the vespers were presided by the Custody’s Vicar, Fr. Dobromir Jasztal, while the mass was celebrated by the Custos of the Holy Land, Fr. Francesco Patton.

The shrine of St John in the Desert, the place where the solemn vespers were celebrated, commemorates the place of the Baptist’s childhood and the years when he was preparing for public ministry, as recalled by the passage by the evangelist Luke, "the child grew and became strong in spirit and he was in the desert until the day of his manifestation to Israel" (Luke 1, 80). The church and the convent, designed by the architect Antonio Barluzzi, were inaugurated in 1922. The third of the shrines in Ain Karem, after that of the Visitation and the birth of John the Baptist, the hermitage of St John in the Desert commemorates the place where the cousin of Jesus found refuge, fleeing from the massacre of the Innocents. It includes the Shrine, the Grotto, the source and the Tomb of Elizabeth.

The mass, on the other hand, was celebrated at St John in the Mountain  as it was the birthplace of John, Jesus’s cousin. This was where the house of Zachariah, the father of the child and Mary’s brother-in-law, stood. This is where he pronounced the prophecy, addressing the baby John, contained in the Benedictus: “And you, child, will be called the prophet of the Most High, for you will go before the Lord to prepare his ways, to give his people knowledge of salvation, through the forgiveness of their sins” (Luke 1, 76-77).
The General Consul of Spain, H. E. Alfonso Lucini Mateo accompanied by his wife, attended the mass.

"John is someone who works for conversion, he works for reconciliation, he makes salvation known through the announcement of forgiveness," said the Father Custos, Fr. Francesco Patton, in his homily. "John does not offer anything of his own! He is not the only bringing forgiveness, reconciliation and salvation, but he invited us to get ready to be able to receive forgiveness, reconciliation and salvation. The only one who can offer these gifts to his people, the whole of humanity and to every person, is Jesus, recognized as the Messiah, the last and definitive envoy of God.

Then questioning who the Baptist really was and what his vocation and his mission were, the Father Custos continued, "John is someone who never steals the show from the real hero of salvation, i.e. Jesus. […] John knows his place and does everything not to be taken for the Messiah.” The example of the Precursor has a great value for all of us as “as he teaches us to refer everyone to Jesus, not to bind anyone to ourselves as though they belonged to us, as though we were the ones to bring salvation, reconciliation and forgiveness, as though we were the ones to follow. Only Jesus is the Groom, only Jesus is the Lamb of God, only Jesus is the Master, only Jesus Christ is the Son of God who saves us and reconciles us with the Father and amongst ourselves.”

At the end of the mass, the Custos, together with the friars and the faithful, went to the nearby grotto where the birth of John the Baptist is remembered and he sang the Benedictus.

As part of the celebrations that accompanied the Nativity of St John, on Friday 17 June, again in Ain Karem, there was an initiative which, as for some years now, has brought together Jews and Christians on a reflection around the figure of John the Baptist. A week before the festivity, the convent of St John in the Mountain opened its doors to a day to discover the figure of the Saint, organized by the Custody of the Holy Land, in collaboration with the Town Council of Ain Karem, bringing together the Jewish residents of the area and the Franciscan friars. The meeting, with the structure of a lecture, was attended by some Israeli experts and dealt with subjects concerning, amongst others, animals in the stories of the saints, the site of the baptism in Jordan and the relationship between John and Jesus. 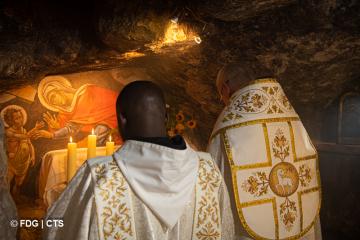 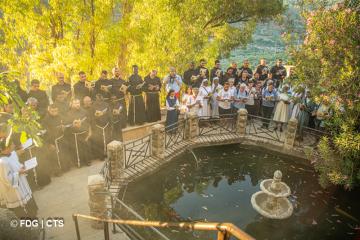 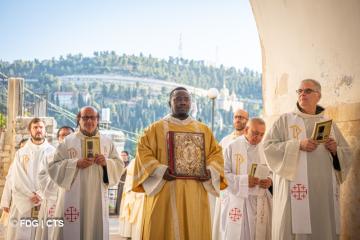 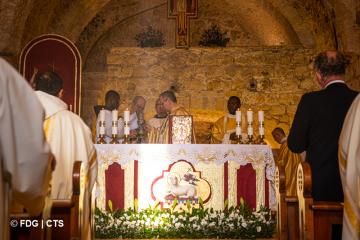 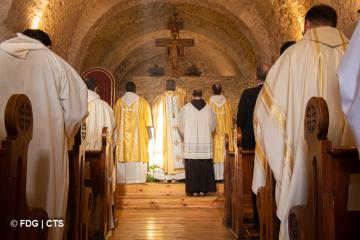 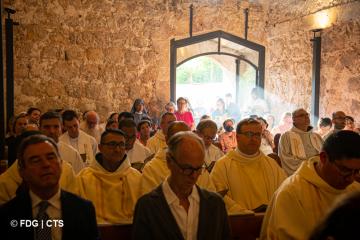 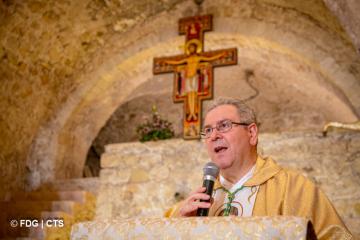 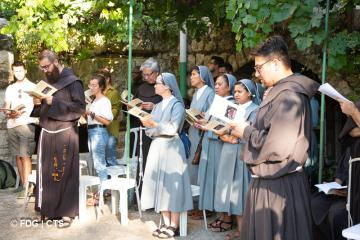 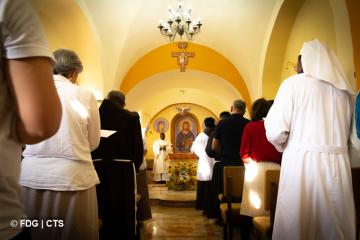 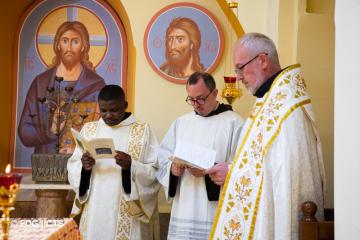 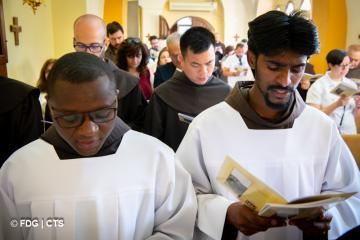 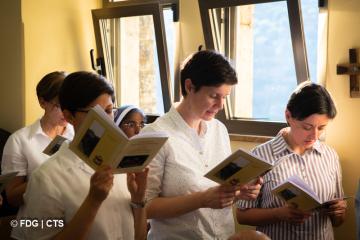 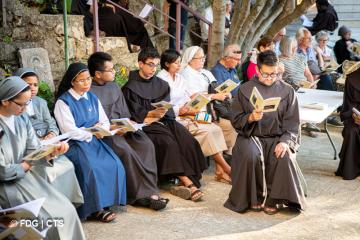 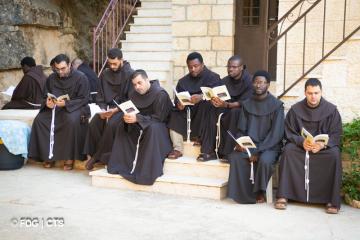 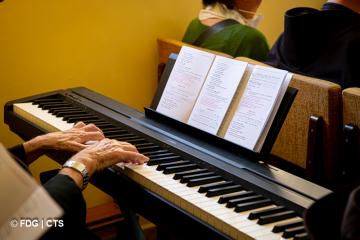 Ain Karem: God visited and continues to visit everyone

Christmas and Hanukkah: the celebrations of light