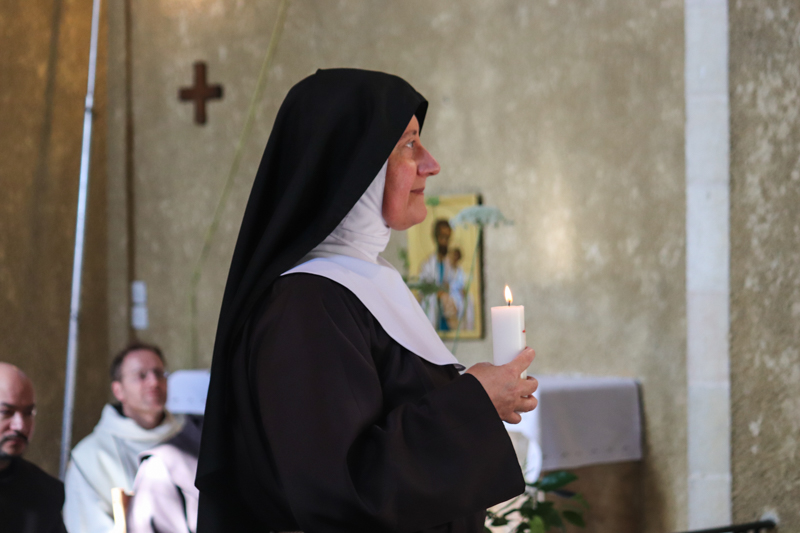 On Sunday 10th May, at St Clare’s Monastery in Jerusalem, Sister Guadalupe de Diòs made her solemn profession in the hands of the delegate and head of the community of the Poor Clares, Sister Maria of Nazareth, during the Eucharistic celebration presided by the Apostolic Administrator of the Latin Patriarchate of Jerusalem, Monsignor PierbattistaPizzaballa.

Serene and radiant, but visibly moved, Sister Guadalupe, from Argentina, who has been at the Jerusalem monastery for four years, has now completed her path of vocational discernment. "We have not seen this for 22 years,” said Sister Maria of Nazareth at the end of the celebration, identifying the event as a sign of giving praise and grace to God in this particular period. "Celebrated today," continues Sister Maria of Nazareth "in this context of the pandemic, the solemn profession of Sister Guadalupe has a value of the testimony of life against death; of the joy that is always possible, against the domination of sadness and fear."

It was a simple and intimate function, in which “the Word of God illuminated the event,” as Monsignor Pizzaballasaid in the homily.

In his comment on the readings, Mons. Pizzaballaquoted the story of the first Christian community in Jerusalem (Acts 6, 1-7) in which, in the face of a social emergency for the distribution of food, between “discussions, opinions, and different visions,” the diaconal ministry came into being. This was how, in the communities of Ancient Israel, Mons. Pizzaballa continued, “the project of God also made its way, a little at a time.”It is a story made up of ordeals, in which everyone is involved and leads us to carry out the will of God through our battles, efforts, and desires, with all our humanity, which involves the whole of our Church in a project which is still to be carried out but where there is the certainty that “everything is free."

"I like to think of your story and your vocation,” commented the Apostolic Administrator, “ as a difficult but sincere search for the face of the Father. After all, if we stop and think for a second, this is also the story of each and every one of us.” Concluding, he hoped that the Holy Spirit would fill Sister Guadalupe with that holy fire that purifies, gives energy, and enflames her with renewed love to open up to a new and joyous contemplation of the face of God, the Face of “mercy and peace.”

The Custody of the Holy Land also wanted to be close to the community of the Poor Clare sisters with this message: It is with great joy that we, the Friars of the Custody of the Holy Land, also thank the Lord for this gift, wishing Sister Guadalupe a holy vocation, which can be a new seed, a small plant of St Francis, always following the example and the charisma of our Mother Clare, is a visible sign of the Face of the Father and of His Love in Christ for us.

May the Holy Virgin Mary always accompany you, Sister Guadalupe and bless you with her maternal blessing so that you can always be faithful to Her Son Our Lord who has chosen and called you! 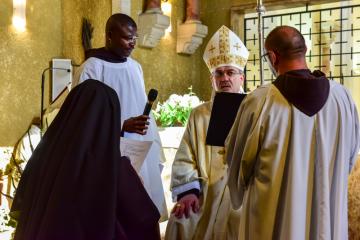 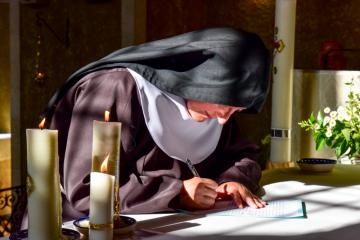 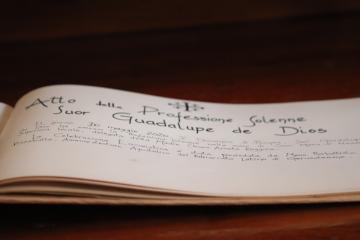 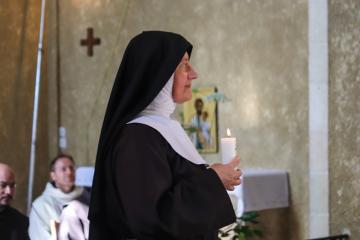 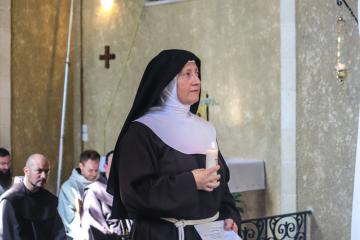 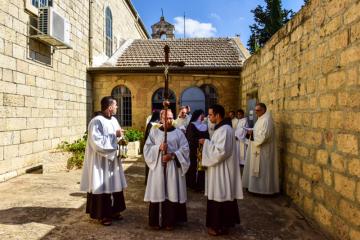 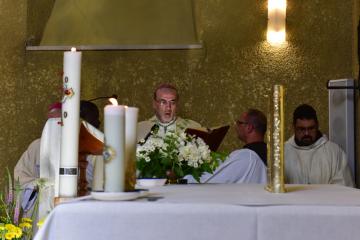 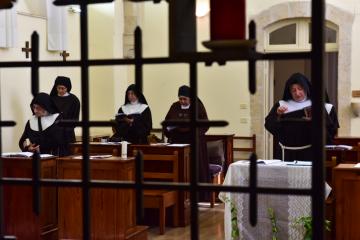 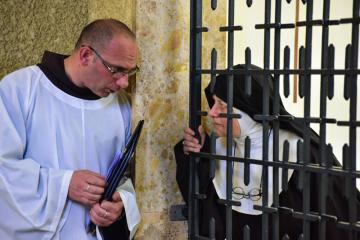 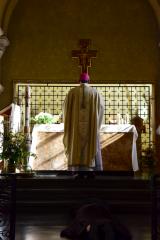 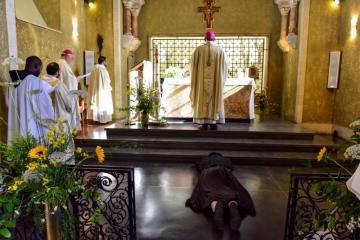 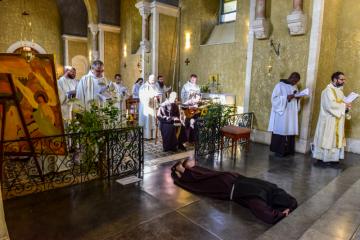 Gethsemane in prayer: a mass in reparation of the act of vandalism