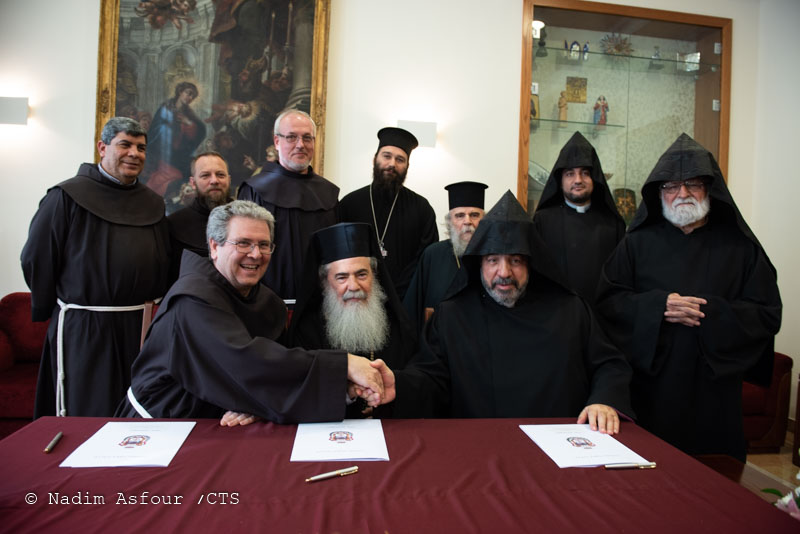 The first step of the renovation of the Edicule of Our Lord Jesus Christ started after the agreement of March 22nd, 2016. The ten months of work were managed by a staff from Greece directed by professor Antonia Moropoulou from the National Technical University of Athens, who guided both the previous studies and the restoration of the Edicule.

The work was financed by the three main Christian denominations of the Holy Sepulcher: the Greek Orthodox Patriarchate, the Custody of the Holy Land and the Armenian Patriarchate.

We, the Head of the Christian Communities in charge of the Status Quo in the Holy Sepulchre of our Lord, announce with great joy and satisfaction our agreement to initiate a project for the restoration and rehabilitation of the foundations of the Holy Tomb and of the pavement of the Church of the Holy Sepulchre.

This project comes immediately after the positive outcome of the project for the restoration of the Holy Tomb itself. It marks and confirms the Communities' ongoing commitment to the maintenance and rehabilitation of this Holiest place, which in its silence and bareness, eloquently proclaims the very essence of our Faith.

Two Italian academic and scientific institution of the highest qualification shall carry out the studies and execute the works under the supervision of the joint committee of the three Communities.

We pray God Almighty to bless this initiative and crown the project with success. 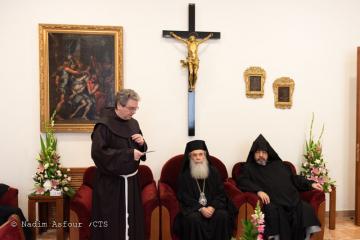 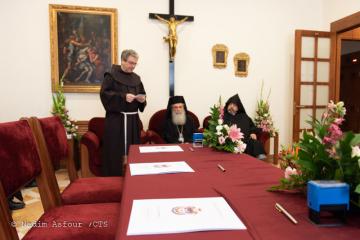 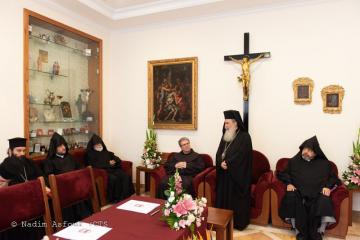 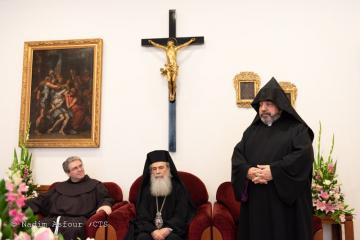 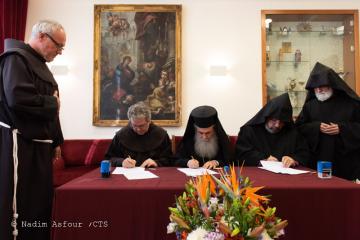 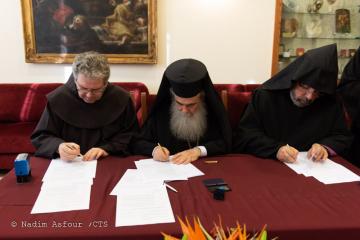 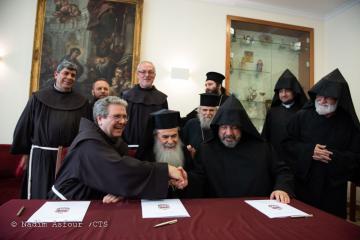 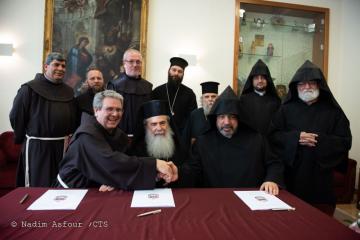 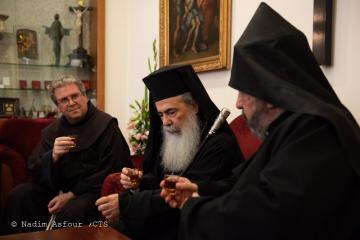 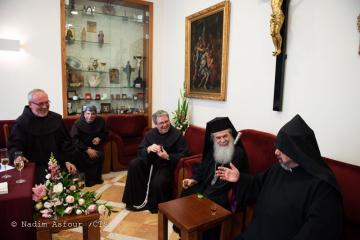 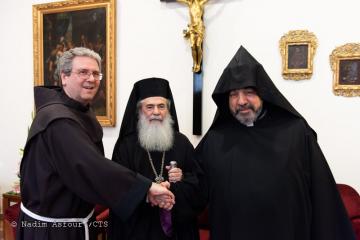 “Hic - On the way of the cross”: along the Via Dolorosa with the Franciscans of the Custody